Accessibility links
Stocks Enter Bear Market. What Does It Mean? Analysts like to say that the stock market is not the economy. But a bear market reflects concerns and anxieties about the economy, and at times a bear market is accompanied by a recession. 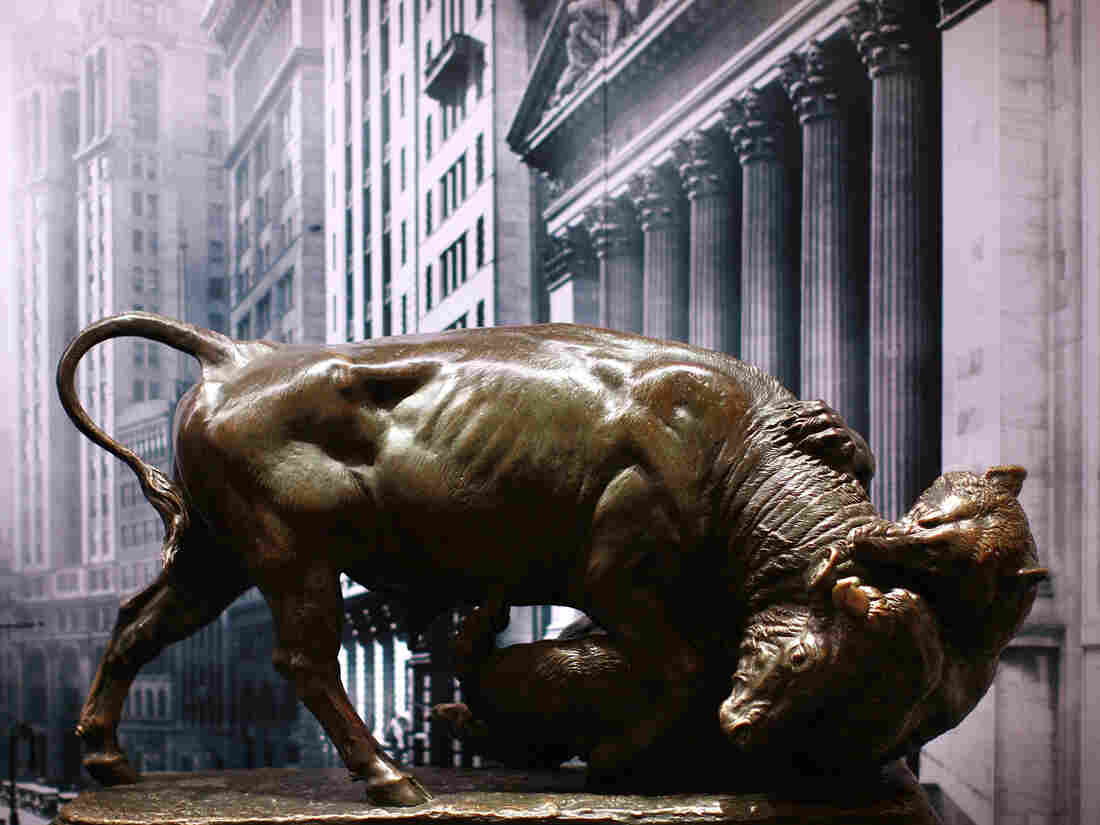 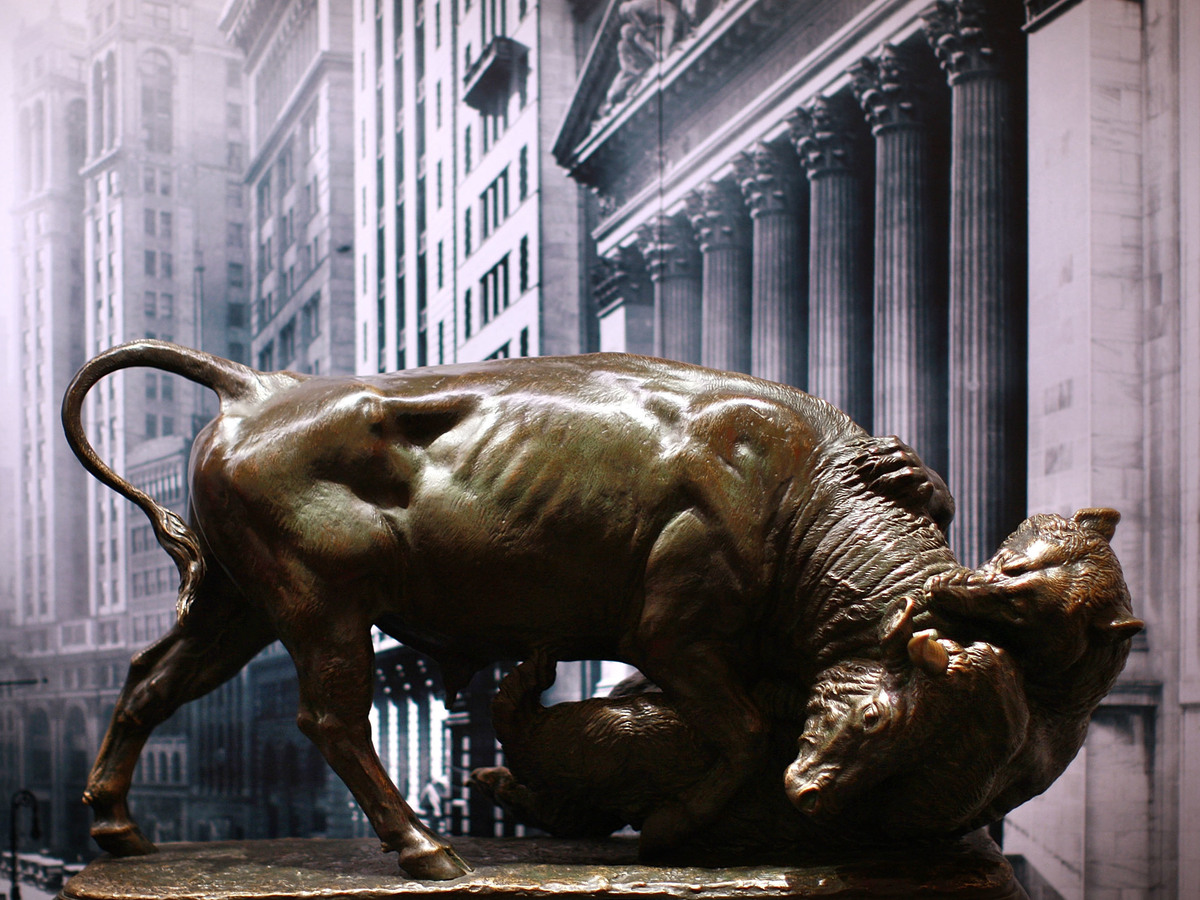 Nothing lasts forever — not even a stock market that keeps going up, up and up.

This week, just days after its 11-year anniversary, investors unceremoniously said goodbye to the longest-running bull market in history.

Then the bears took over.

The Dow Jones Industrial Average entered bear market territory when it tumbled more than 20% from the record it had just set on Feb. 12. And, as of Thursday, the blue chip index was down nearly 8,400 points — a stunning 28% — from that high point.

A bear market is defined as a period in which the major stock indexes drop by 20% or more from a recent high point and remain that low for at least a few months.

What Do Bears And Bulls Have To Do With Our Investments?

The two worst bear markets in history — during the Great Depression and the Great Recession — produced cumulative losses of 83% and 51%, respectively.

As to the origin of bulls and bears when referring to the market, Invesopedia says:

"Historically, the middlemen in the sale of bearskins would sell skins they had yet to receive. As such, they would speculate on the future purchase price of these skins from the trappers, hoping they would drop. The trappers would profit from a spread — the difference between the cost price and the selling price. These middlemen became known as 'bears', short for bearskin jobbers, and the term stuck for describing a downturn in the market. Conversely, because bears and bulls were widely considered to be opposites due to the once-popular blood sport of bull-and-bear fights, the term bull stands as the opposite of bears."