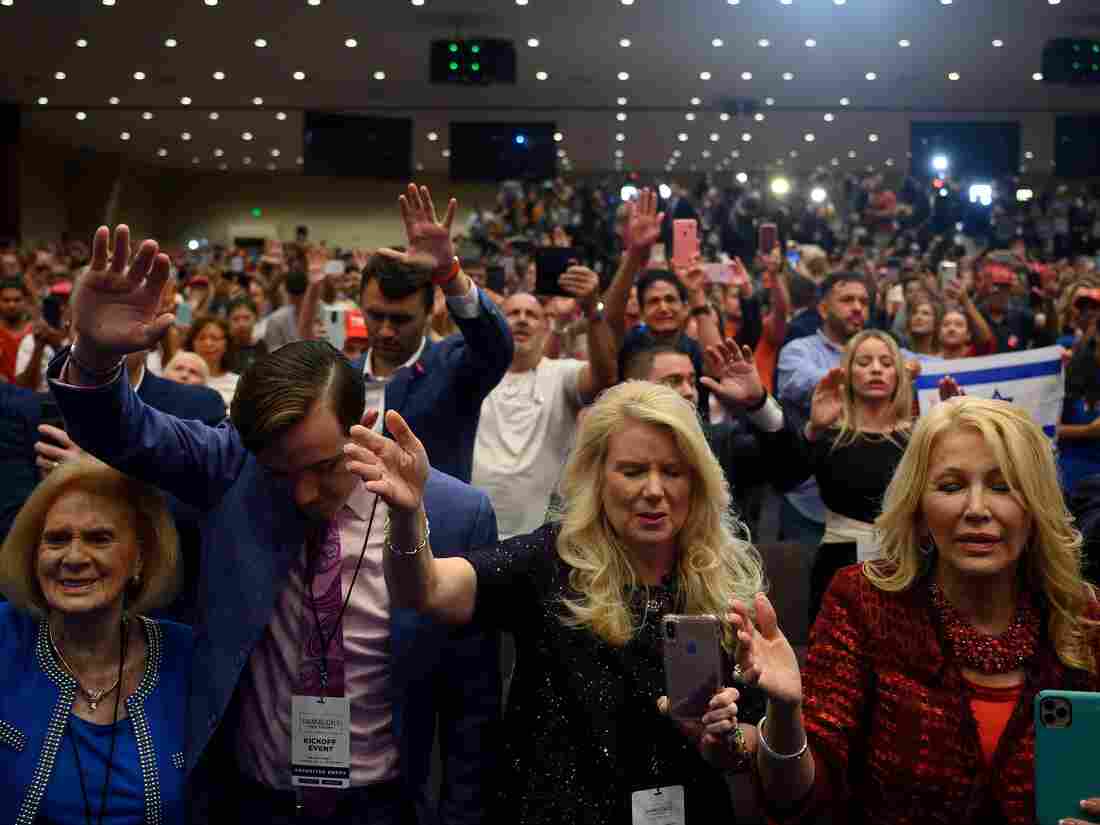 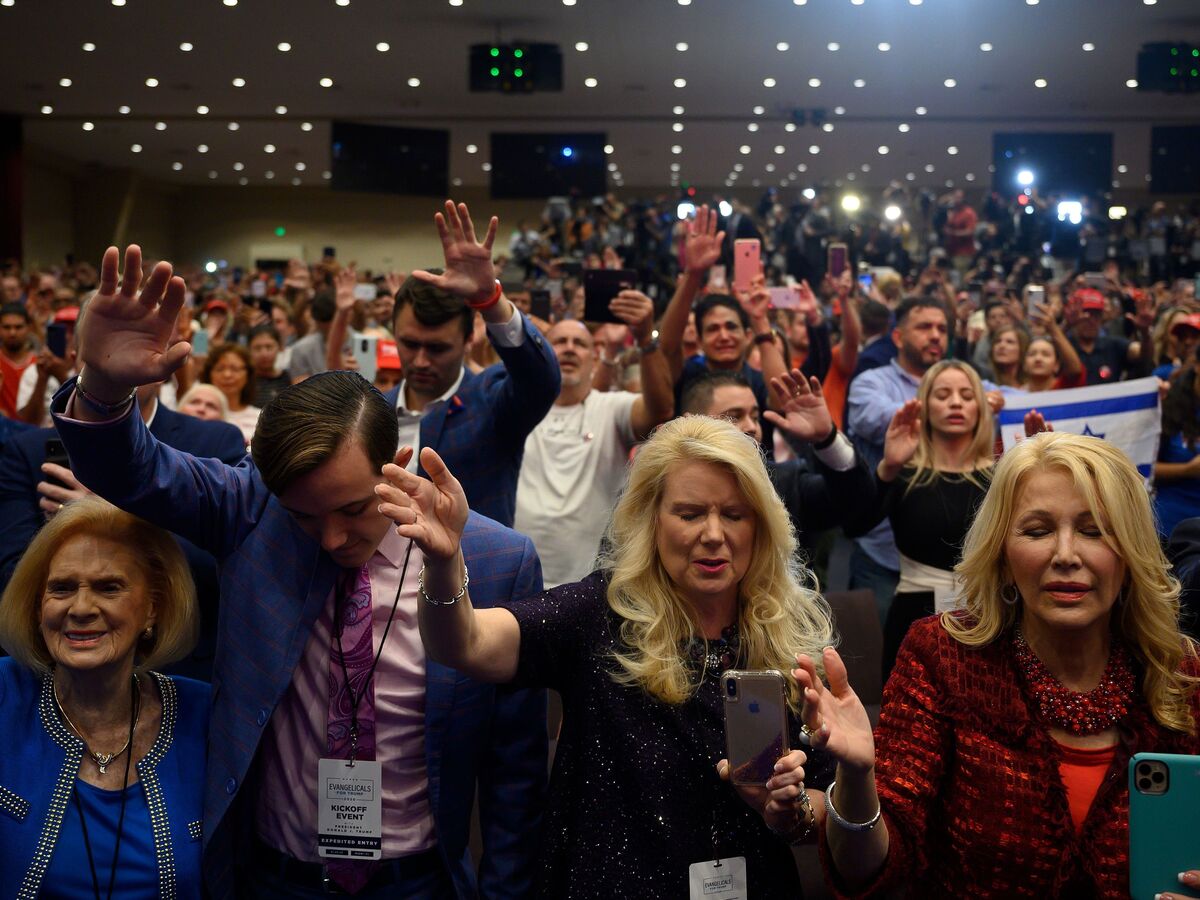 Supporters pray as President Donald Trump speaks during an "Evangelicals for Trump" campaign event held at the King Jesus International Ministry on Jan. 03, 2020 in Miami.

White evangelicals in the United States, the core of President Donald Trump's political base, have far more positive views of his personal conduct and character than other U.S. adults.

By a nearly 2-to-1 margin, white evangelicals are more likely than other Americans to say the terms "morally upstanding" and "honest" describe Trump at least "fairly well," according to a new survey from the Pew Research Center.

The evangelical assessment does come with some reservations. Only about 15% of white evangelicals, for example, say "morally upstanding" describes Trump "very well," while another 45% say the term applies to Trump "fairly well." Two-thirds of U.S. adults as a whole say that characterization fits him "not too well" or "not at all well."

The evangelical view of Trump stands out not just by its divergence from the broader U.S. opinion, but by its apparent disconnect from conventional standards. Almost two-thirds of white evangelicals see Trump as at least "somewhat religious," despite his profanity, his sporadic church attendance, and his evident unfamiliarity with the Bible.

'Who Is An Evangelical?' Looks At History Of Evangelical Christians And The GOP

'Who Is An Evangelical?' Looks At History Of Evangelical Christians And The GOP

One explanation for white evangelicals' attachment to Trump is that they see him as a political ally. The Pew survey found that 63% of white evangelical Protestants believe their side has been "winning politically" under the Trump presidency. That's a dramatic turnaround from 2016, when less than one in four white evangelicals saw themselves as on the winning side.

The Pew results also show white evangelical Christians as showing support for a version of Judeo-Christian nationalism. More than 90% say they want their president to stand up not only for religious beliefs in general, but for their religious beliefs in particular, including biblical teaching.

Nine in 10 white evangelicals say they want the Bible to have "at least some influence" on U.S. laws, according to the Pew findings.

"Two-thirds of them go a step further," notes Greg Smith, the associate director of religion research at Pew. "They say that if and when the Bible conflicts with the will of the American people, the Bible should have more influence on the laws of the land."