Accessibility links
Annette Bening We're joined by the talented and captivating Annette Bening! She stars alongside Bill Nighy in the new film "Hope Gap." In it, she plays a woman dealing with the wreckage after being blindsided by the sudden end of her thirty year marriage. She'll talk to us about her approach to playing English characters, how she tapped into her "Hope Gap" character to work on her own issues with confrontation avoidance and how motherhood offered a welcome respite to the sometimes alienating life of show business. Plus, we ask her about playing a baddie on "Miami Vice!" 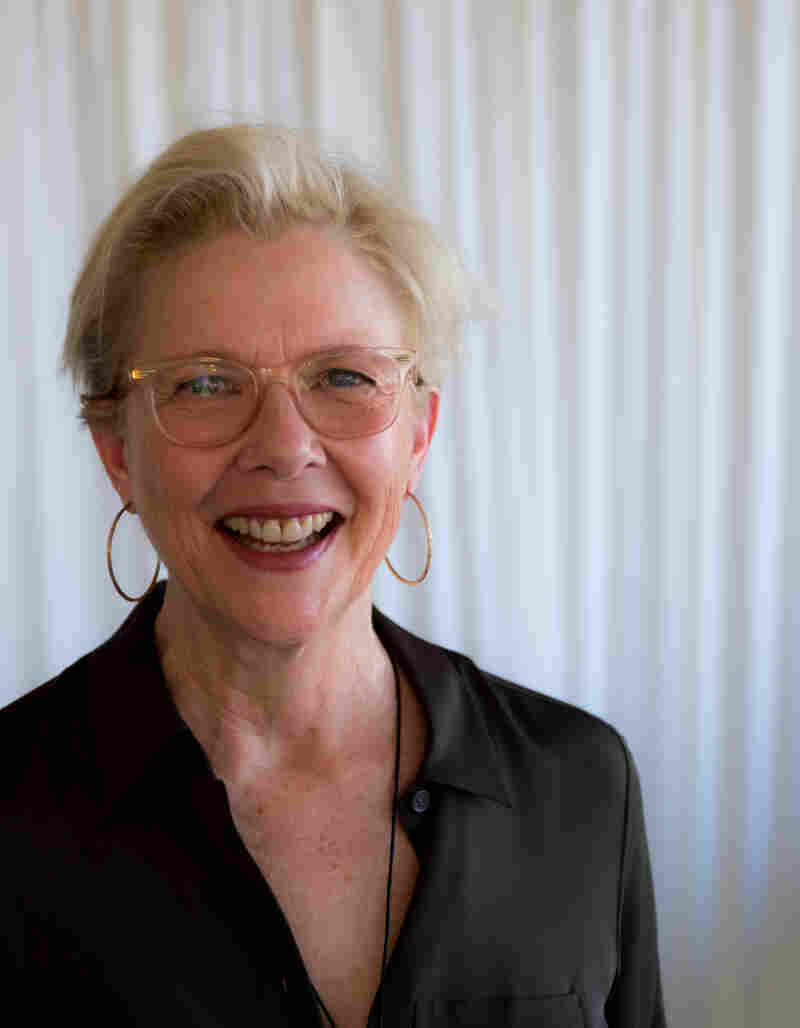 Annette Bening's character in her new film is the kind of person who you could say sucks all of the air out of any room she enters. In the real world, however, the stage and screen actor has a warm and inviting personality that brings a sense of familiarity and comfort to any conversation.

This is possibly a product of her Midwest upbringing. The daughter of a church singer mother and insurance salesmen father, she grew up in Kansas as the youngest of four children. From an early age she learned how to make space for others. She took to acting in junior high school after her family relocated to San Diego and acted in high school.

She began acting on the stage with the Colorado Shakespeare Festival and became a member of the American Conservatory Theater where she played Lady Macbeth. Her film debut was in the John Hughes' directed The Great Outdoors with John Candy and Dan Akroyd. Shortly thereafter she was nominated for a Best Supporting Actress Oscar for her role in 1990's The Grifters. She's given amazing performances in films like Bugsy, American Beauty, 20th Century Women and The Kids Are All Right. She's been nominated for Oscars, an Emmy and Tony Awards. But she doesn't see herself as a movie star.

Her latest project is the British family drama Hope Gap. She plays Grace - a mother and wife who is forced to pick up the pieces after learning her husband of over thirty years has been seeing another woman and wants to dissolve their marriage.

The character is complex. Some could consider her to be pushy. She's loquacious but joyful. She's the kind of person who believes it's better to hear the harsh truth than a beautiful lie. The film dissects what happens after the varnish fades on a marriage that has been troubled for years. She imbues the role with grace and a great deal of empathy.

Annette joins Bullseye to talk to us about her approach to British accents, how she tapped into her Hope Gap character to work on her own issues with confrontation avoidance and how motherhood offered a welcome respite to the sometimes alienating life of show business. Plus, we ask her about playing a baddie on Miami Vice! All that and more on the next Bullseye!

Hope Gap is in theaters now.