Accessibility links
What Reopening Looks Like In Each State State leaders implemented sweeping measures to slow the spread of the coronavirus. Here's how changes in case numbers are affecting their reopening plans. 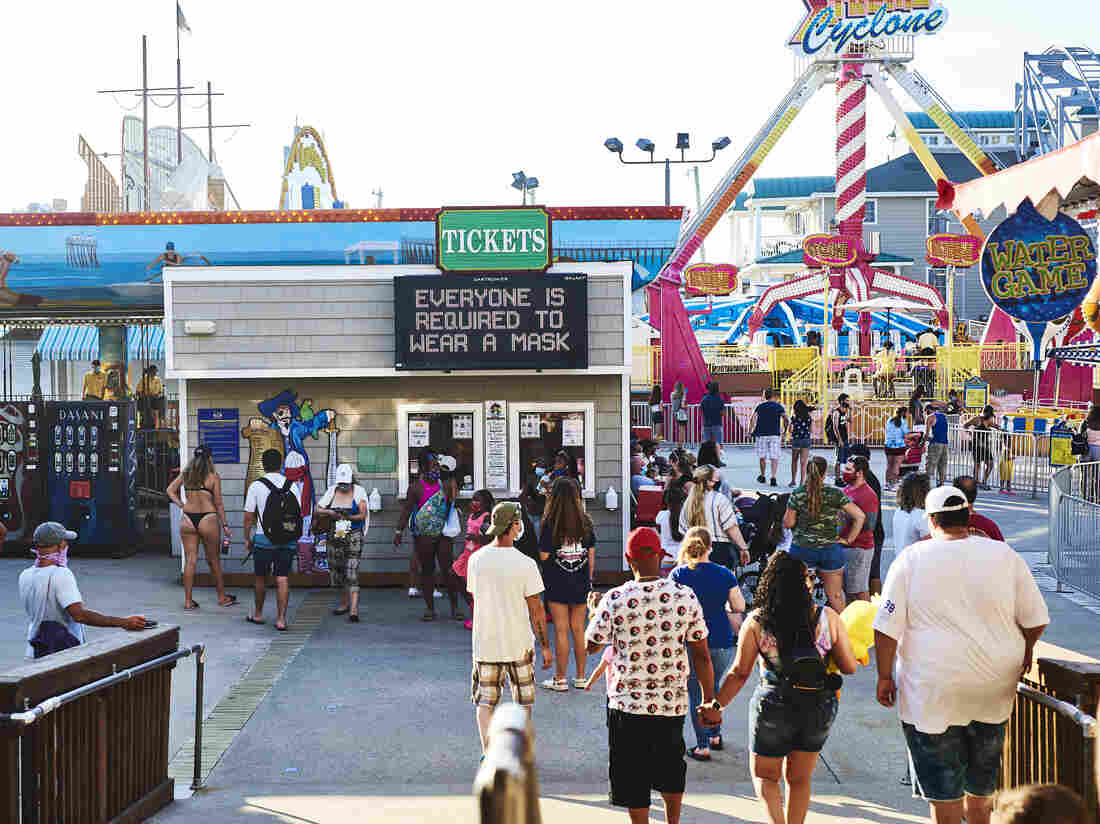 Playland's Castaway Cove amusement park in Ocean City, N.J., is one of many places across the country requiring face coverings to slow the spread of COVID-19. Gabby Jones/Bloomberg via Getty Images hide caption 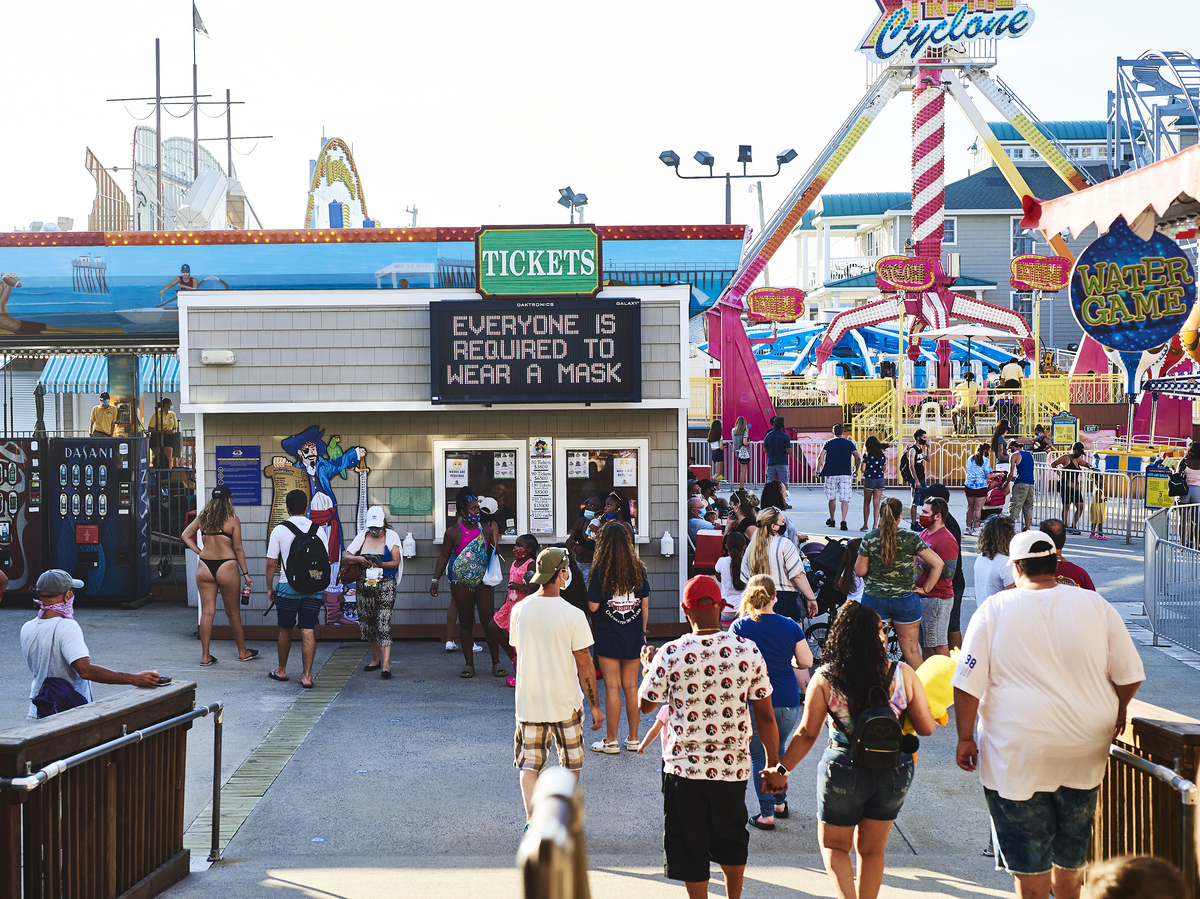 Playland's Castaway Cove amusement park in Ocean City, N.J., is one of many places across the country requiring face coverings to slow the spread of COVID-19.

When the coronavirus first struck the U.S. in March, every state implemented restrictions aimed at limiting its spread. Businesses closed, schools and offices went remote and much of the country was under strict orders to stay home — at least temporarily.

By mid-May, all 50 states had begun the process of easing restrictions, seeking a balance between reopening economies and protecting public health. Some took statewide approaches, some used regional frameworks and some reopened faster than others. Health experts warned that many states and localities were moving too quickly to do so safely.

Coronavirus cases soon began to skyrocket in much of the country, particularly in the South and West. States including Florida, Texas, Arizona and California reported unprecedented spikes in new cases and hospitalizations.

As of early August, the country has surpassed 4.8 million infections and recorded nearly 160,000 deaths, leading the rest of the world. And unlike earlier this spring, cases are widespread in rural as well as metro areas, marking what White House coronavirus response coordinator Dr. Deborah Birx called a "new phase" of the epidemic in the U.S.

Many states are pausing their reopening plans, reintroducing restrictions and tightening mitigation measures. Some are shutting down bars and delaying the opening of indoor dining. More than half have introduced statewide face covering requirements.

With the impending start of the academic year, state and local leaders are grappling with how to safely reopen their schools. Governors are also announcing ever-evolving testing and contact tracing initiatives, economic relief programs and travel restrictions.

Each day brings changes. NPR is tracking developments in all 50 states, Puerto Rico and the District of Columbia so you can see what's changed and how states compare.

Here's what each state has done so far, by region:

The first version of this page was originally published on March 12. This is a developing story. We will continue to update as new information becomes available.

A previous version of this story said Missouri's governor issued a statewide stay-at-home order effective April 24. In fact, the order is effective until April 24.