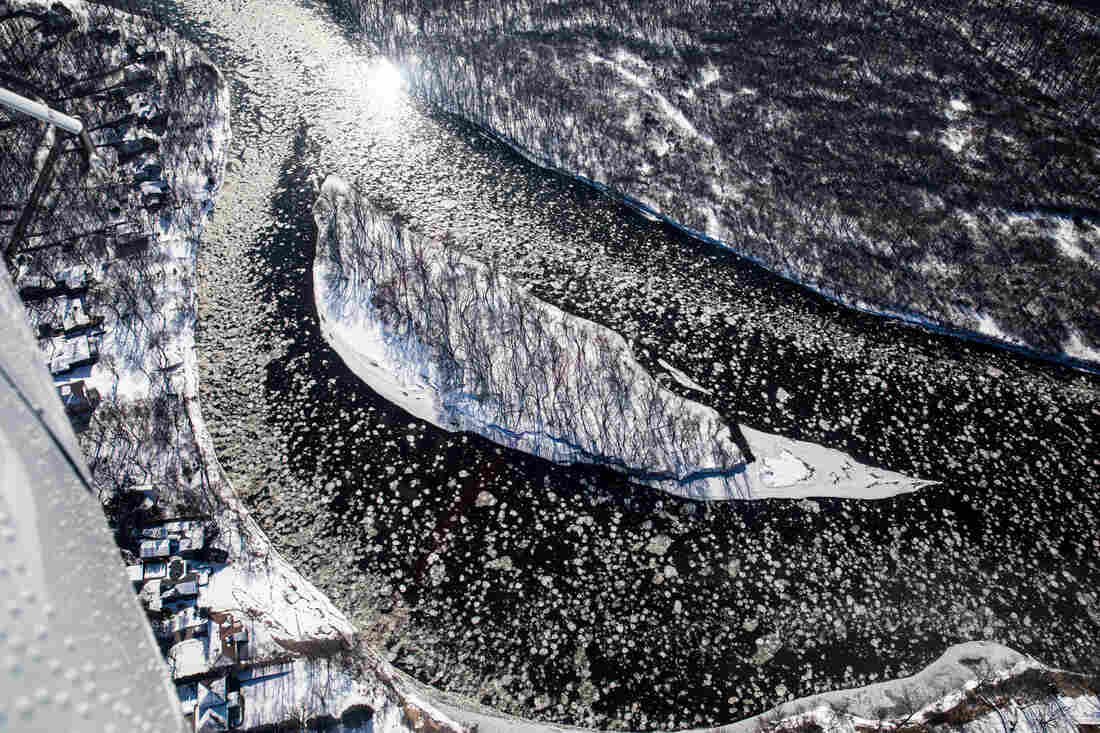 Ice flows around a small island in the Mississippi River near Dayton, Minn., on Feb. 13, 2020. Pilots take measurements to try and gauge how much water is in a snowpack. Evan Frost /MPR News hide caption 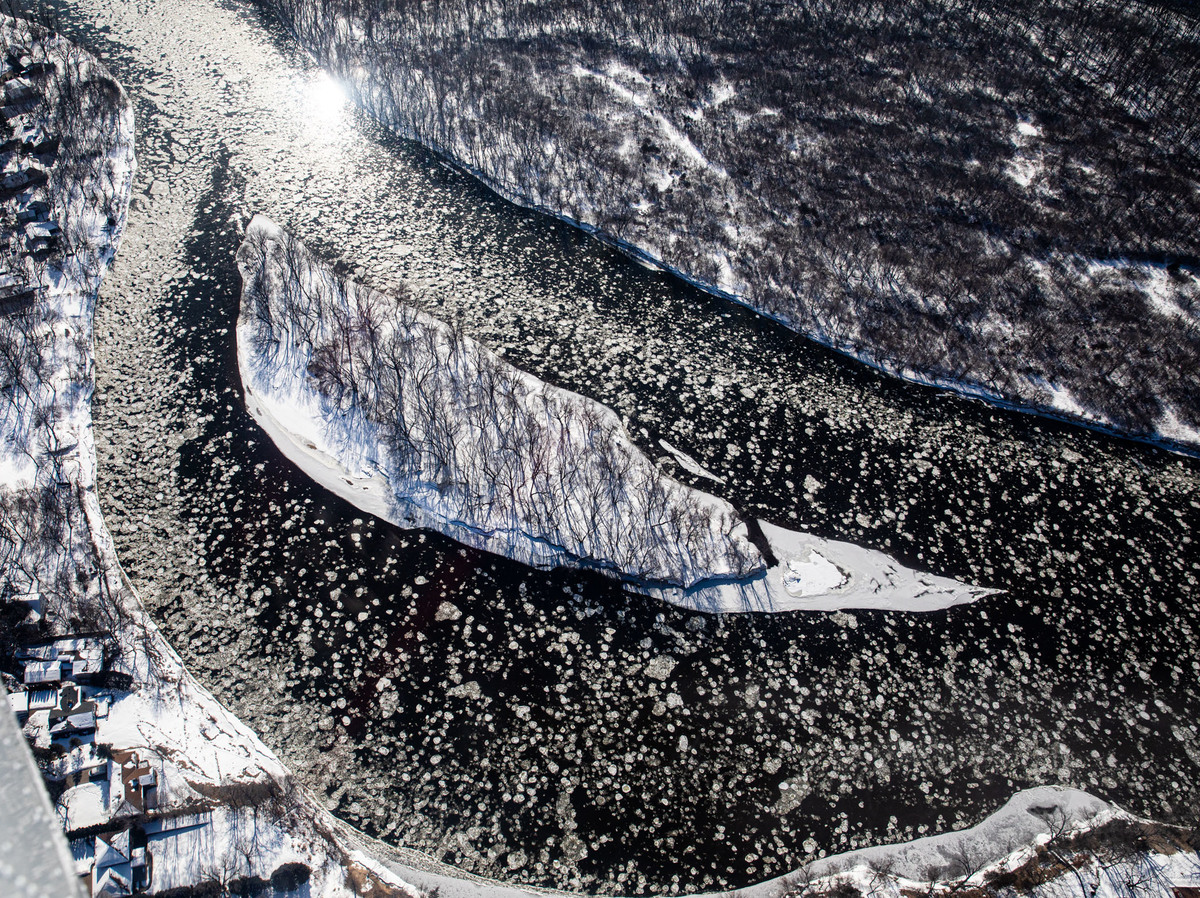 Ice flows around a small island in the Mississippi River near Dayton, Minn., on Feb. 13, 2020. Pilots take measurements to try and gauge how much water is in a snowpack.

This time of year, pilots in small blue and white airplanes are busy gathering information about how much snow is on the ground — and more importantly, how much water that snow contains.

After The Water: Flash Floods Pose Existential Threat To Towns Across U.S.

On a clear, very cold morning at Flying Cloud Airport in Eden Prairie, Lt. Conor Maginn and Lt. j.g. Mason Carroll warm up their twin engine turboprop and run down the pre-flight checklist. They are pilots with the National Oceanic and Atmospheric Administration's Commissioned Officer Corps. On this flight, Carroll pilots while Maginn operates the scientific instruments and scans the navigation charts.

At 3,500 feet a half hour north of the Twin Cities, Maginn lets air traffic controllers know they'll drop down to 500 feet, an altitude so low that snowmobile tracks, the stilts beneath deer stands, and the letters on the Mora water tower are easy to spot in the bright sunshine.

From a large tablet computer, Maginn activates the suitcase-sized gamma ray detector that's mounted in the belly of the plane. The low altitude is critical; any higher and the instrument can't get a good reading. They scan the horizon for hazards like birds and cellphone towers.

Once a second, the detector measures the amount of low-level natural radiation emanating from the soil and compares it to readings taken in the same spot last autumn, before the snow built up.

"If we fly over the same lines like we're doing now, we can compare those two numbers and get an idea of how much water is in the snowpack," Maginn explained.

The computer reveals that the snow in the sample contains about 3.5 inches of water. Because snow can be fluffy or compact or anything in between, forecasters calculate a figure called snow water equivalent. This is critical to forecasting how much will drain into rivers and streams when the snow melts in the spring. 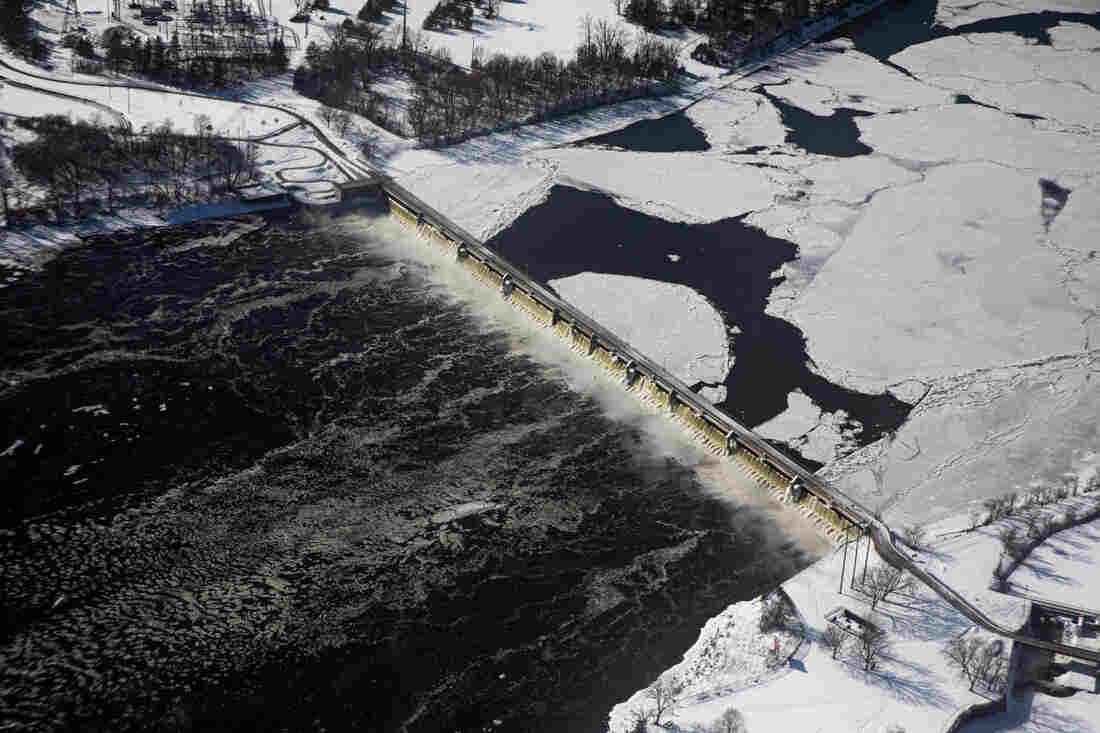 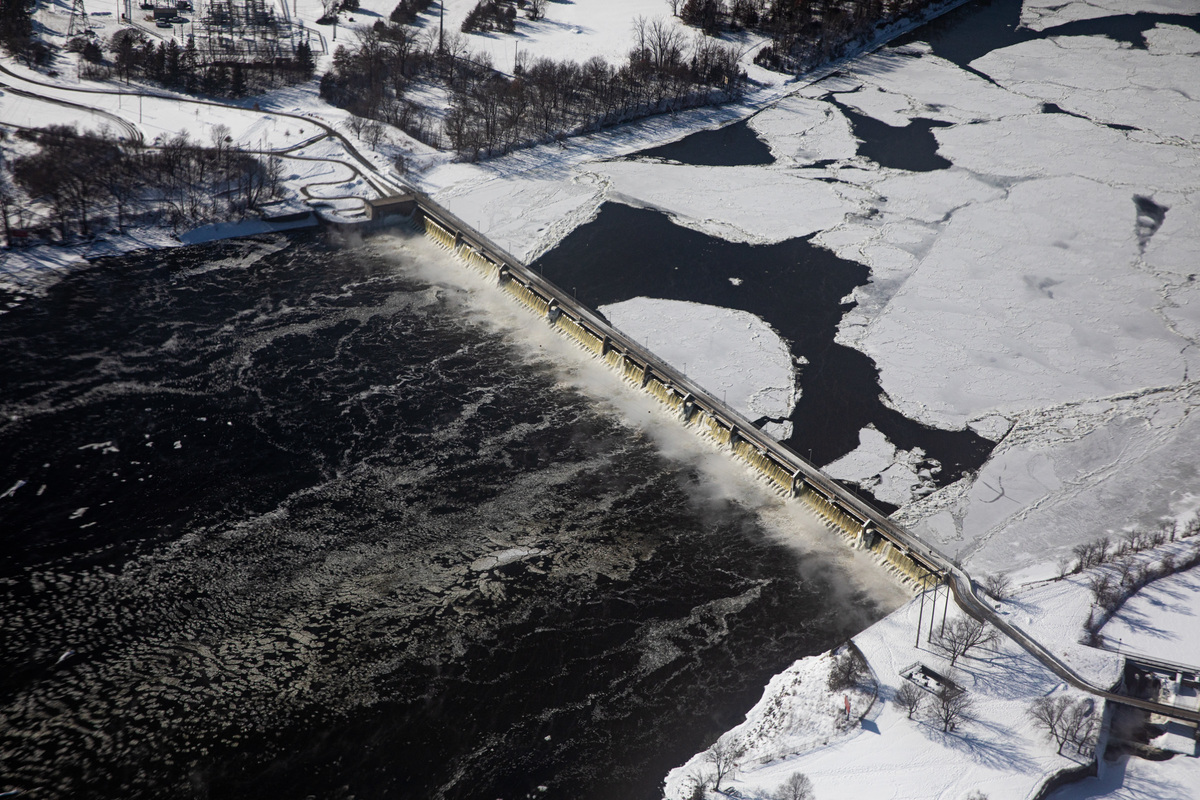 Large sheets of ice flow on top of the Mississippi River toward the Coon Rapids Dam in Coon Rapids, Minn., on Feb. 13, 2020.

But a reading from a single 9-mile by 1,000-foot strip of land near Mora can't provide nearly enough data, so the NOAA crew flies another three and a half hours, dipping down and climbing back up near Moose Lake, Cloquet, Eveleth, Grand Rapids, then back south to Lake Mille Lacs, 10 readings in all. The morning's circuit is in addition to flights the crew has taken around the upper Midwest.

Many of the survey areas were established when NOAA began the program more than 40 years ago, before GPS navigation. The routes take planes near railroad tracks, power lines, and other easy-to-spot landmarks, and away from large population centers.

Even though meteorologists have sensitive instruments and complex computer models, they still like to look out the window once in awhile. So the crew also shoots photos to provide a visual check on the snowpack data.

Climate And Floodwaters Are Top Of Mind For Some Iowa Voters

Back at the hangar, Maginn hands a thumb drive to Carrie Olheiser from the National Weather Service office in Chanhassen. She says her team will combine the new data with other information, including measurements from volunteer observers, to get a broad picture of how much water is locked up in the snow and ice.

"This actually takes an average. So it takes into account those extremes, [where] you have the areas of the higher snow and the lower snow. And it gives you an average of what the conditions are out there," Olheiser said.