Accessibility links
Trump Administration Encourages Federal Teleworking After Cutting It Back The coronavirus has led many employers to tell their workers to telework. But the federal government has sent mixed messages. 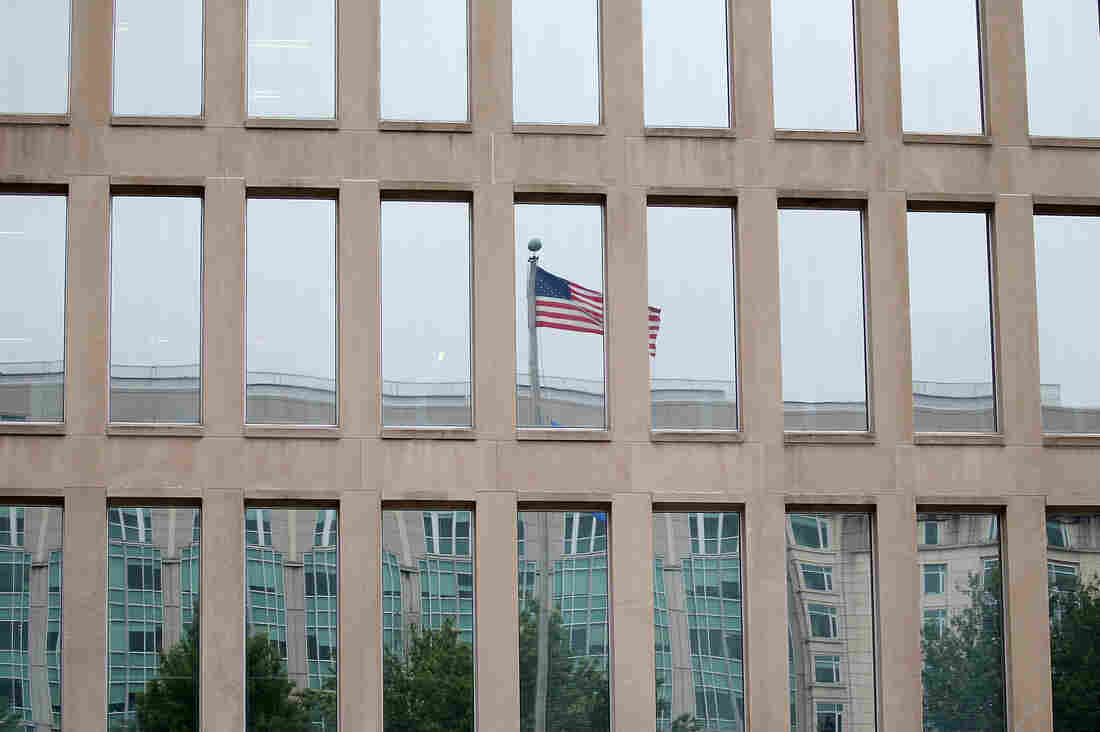 The White House is taking a different view on telework as the Office of Personnel Management, housed in the Theodore Roosevelt Federal Building, tells agencies to incorporate the practice into contingency plans. Mark Wilson/Getty Images hide caption 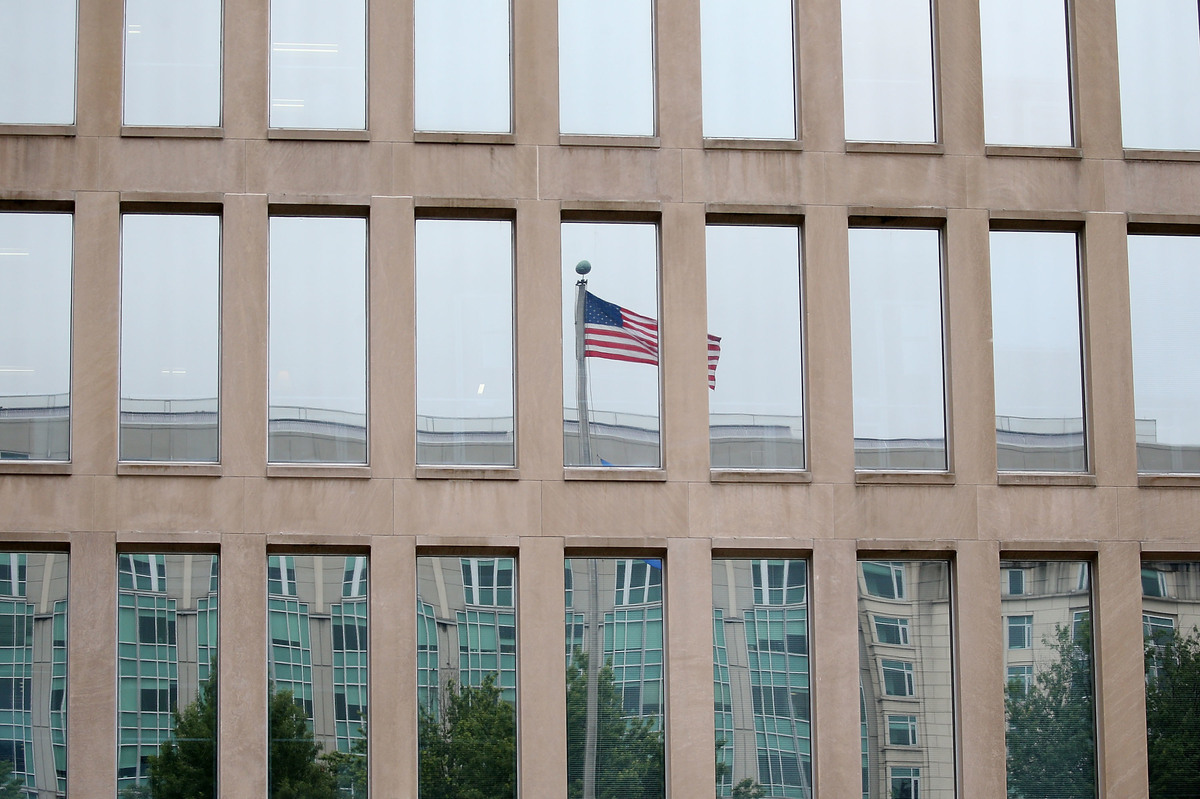 The White House is taking a different view on telework as the Office of Personnel Management, housed in the Theodore Roosevelt Federal Building, tells agencies to incorporate the practice into contingency plans.

One way employers are hoping to prevent the spread of coronavirus and its toll on their workforce is through telecommuting. Companies from Apple to The Washington Post are giving their employees the option to work from home.

The nation's largest employer is sending a more mixed message.

There are about 2 million federal employees, not counting postal workers and active-duty military. The government's human resources office, the Office of Personnel Management, says agencies must now incorporate telework as part of their "continuity of operations" plans.

And the acting director of the Office of Management and Budget, Russ Vought on Friday issued a directive that departments and agencies should "maximize telework flexibilities" for older employees and people with chronic health conditions – people deemed most at risk from coronavirus. Employees do not need a doctor's note. Agencies can also offer telework to all workers in areas where there is "community spread" of the virus, he said, or to accommodate school closures.

"We had been seeing an increase in federal telework up until about 2016," Wexton tells NPR, "but the current administration has implemented across-the-board cuts that have reduced the amount of employees who are eligible to telework."

At the start of the Trump administration, 22 percent of the federal workforce took advantage of telework at least part time, said Wexton. Agencies that have cut back on telecommuting since then include the departments of Education and Agriculture and the Social Security Administration.

Wexton, whose suburban Washington district is home to many federal workers, said that change of policy is "a real, real problem in the face of emergencies like coronavirus."

"This isn't the first time that we've seen hypocrisy from the administration when it comes to telework. OPM encourages agencies to lean more heavily on telework during severe weather or major disruptions in public transit," said Tony Reardon, national president of the National Treasury Employees Union, one of the largest federal workers unions. "But when it comes to employee contracts, really what they do is they just slash and burn. And that's a problem."

In a statement to NPR, HHS says the response to coronavirus "is a rapidly evolving situation, and HHS is working with state and local health officials to ensure that all proper workplace flexibilities are utilized to protect our employees."

While the Trump administration is now encouraging telework, some federal employees have no choice but to remain in the office, Reardon says, including those at the IRS who are now processing tax returns.

"It is an issue when you have, right in the middle of a tax filing season, this virus making its way right across the country," Reardon said, calling it "a significant concern."

Reardon said agencies need to be diligent in ensuring that the workspaces of those who must remain at the office are disinfected and thoroughly cleaned.

Even for those who can work from home, a sudden ramp-up of teleworking may be difficult. Issues include a lack of available government laptops and having too many people logging on remotely as well as obstacles for workers who have to deal with classified information on a regular basis.

Wexton is co-sponsoring a bill to encourage agencies to allow telework and prevents them from making across-the-board cuts to telework. An identical bill has been introduced in the Senate.

Wexton said she is "hopeful that that we will be able to get federal telework back up to where we'd like it to be and be more competitive with the private sector."

But, she said, "It shouldn't take an outbreak for for us to concentrate on this issue."