Accessibility links
20 Years Of 'Nickel Creek,' The Album That Made Americana The New Indie Rock Roots music has always had rule-breakers, but its shift this century toward genre-twisting innovation owes a lot to a 2000 album by three kids barely old enough to vote.

The Year Folk Broke: How Nickel Creek Made Americana The New Indie Rock

The Year Folk Broke: How Nickel Creek Made Americana The New Indie Rock 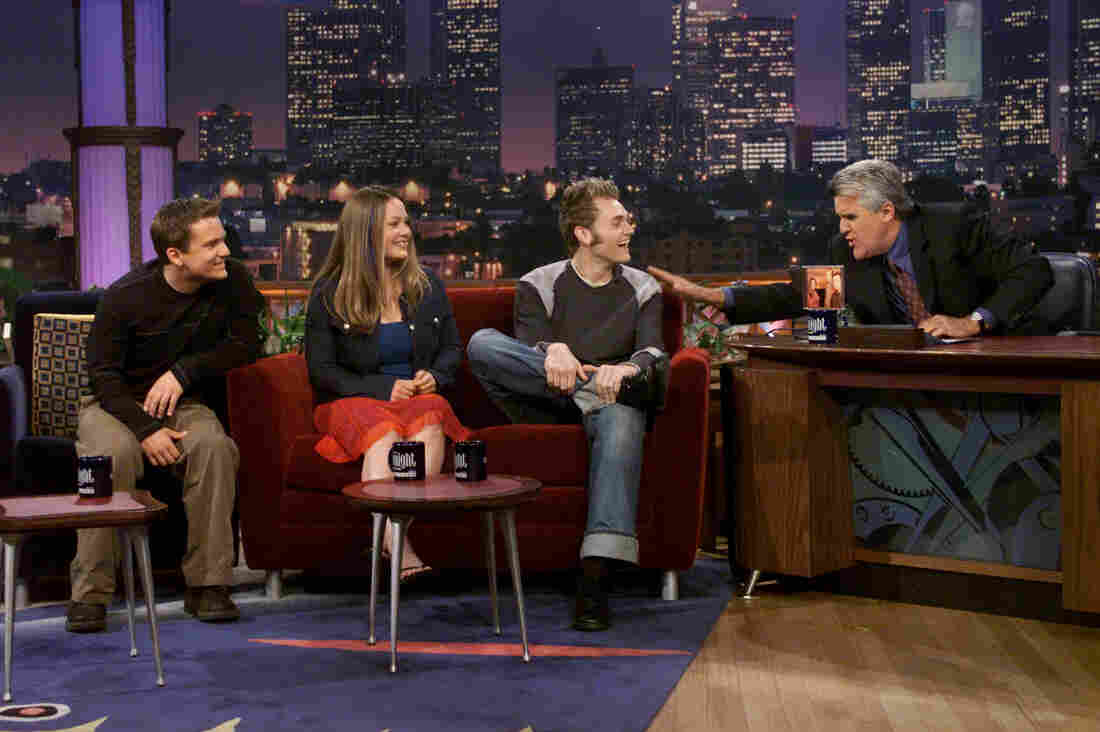 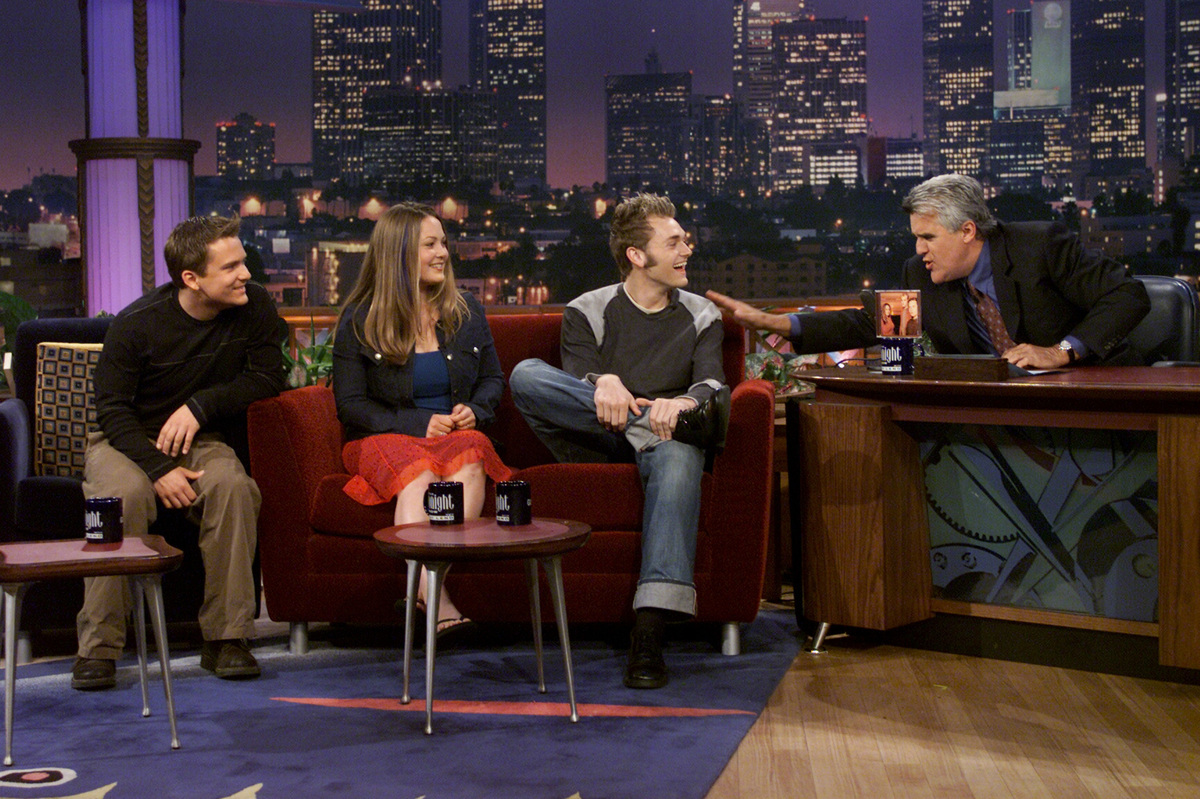 Left to right: Sean Watkins, Sara Watkins and Chris Thile chat with Jay Leno on The Tonight Show in June 2001.

Today, the music community broadly known as Americana has too many stars, scenes and subcategories to count. Beloved artists like Jason Isbell and Kacey Musgraves, who in another era might have been all but ignored by country gatekeepers, have found a welcoming community and something in the neighborhood of household-name status. The Americana Music Festival, held annually in Nashville, grows larger each year. And in 2014, the Grammys gave the first awards in the newly created "American roots" categories, which encompass bluegrass, blues, folk, gospel and anything too left-of-center for the country mainstream.

But the music under this umbrella wasn't always the stuff of major festivals and glitzy awards shows, or of such broad interest to the youth market whose tastes drive the industry. At the turn of the 21st century, progressive-minded artists in this world were likely to be scattered across granular labels like contemporary folk or the then-popular "alt-country," with smaller audiences and fewer entry points for a casual listener. As it still does today, country radio leaned heavily commercial (though it did, at least, play music by women back then): In 2000, the songs that dominated genre playlists before finding crossover success were pop smashes like Faith Hill's "Breathe" and Lee Ann Womack's "I Hope You Dance." Traditionalists, meanwhile, carried on in the passionate but niche scenes they had occupied for years.

Then, 20 years ago this month, an album arrived that seemed to speak all these languages at once: unafraid to push the boundaries of its primary genre, and packing the musical chops to bring such an eclectic vision to life. Behind it were three musicians just barely old enough to vote.

When Nickel Creek released its breakthrough album on March 21, 2000, the players comprising the California-born bluegrass trio were anything but newcomers: Chris Thile and siblings Sara Watkins and Sean Watkins had been playing together since 1989, when Thile and Sara were just 8 and Sean 12. The young talents had already released two studio albums as well as a handful of solo projects, and were regulars on the bluegrass festival circuit, a tenure that had refined their sound to a level typically reserved for older players with bigger discographies. Still, despite arriving with a pages-long résumé, Nickel Creek is still popularly thought of as the trio's debut — perhaps because, in retrospect, everything about it seems to signal a new beginning.

Both to mainstream ears and those steeped in string music, what Nickel Creek was doing sounded fresh. The three musicians, then aged 18 to 23, found creative and playful ways to infuse bluegrass music with ideas from jazz, classical, pop and rock. They put traditional songs next to original material about characters from The Lord of the Rings. Perhaps most impressively, they did so in a way that felt cohesive, as though the new approach they had forged for themselves had roots as deep as bluegrass itself. Working in a genre known to spark arguments over what counts as "authentic," the trio seemed far more concerned with realizing its own vision than hewing to hardline conventions — like sticking to a repertoire of mostly folk songs and standards, using common chord progressions or relegating the guitarist to the rhythm section. (And how fortunate that Nickel Creek didn't, as Sean Watkins' masterful guitar solos are always album highlights.)

There was some precedent for this kind of deviation, of course. Veteran genre agnostic Béla Fleck, who made his studio debut in 1979, had racked up accolades for his singular take on banjo playing, which often treads closer to jam and world music than to traditional American bluegrass. Alison Krauss, who would be integral in bringing Nickel Creek to a wider audience, toyed with pop and rock tropes alongside her band Union Station, and is often considered a primary influence on the "newgrass" movement. In 1998, Lucinda Williams released her landmark album Car Wheels on a Gravel Road, which won the Grammy for best contemporary folk album. The same year, Wilco released its first Mermaid Avenue team-up with Billy Bragg, which featured new songs built around previously unheard lyrics by Woody Guthrie. The album was a critical and commercial success.

While nonconformists had found room in the conversation before, there was still something novel and uniquely compelling about the sight of three musicians, two in their teens and one in his early 20s, who revered Bach and Bill Monroe in equal measure. Krauss agreed, bringing the trio to Sugar Hill Records and producing Nickel Creek herself. Already a multi-Grammy winner upon meeting the group, Krauss had found great success both in bluegrass and adult contemporary, making her uniquely qualified to shepherd such an unconventional young act. 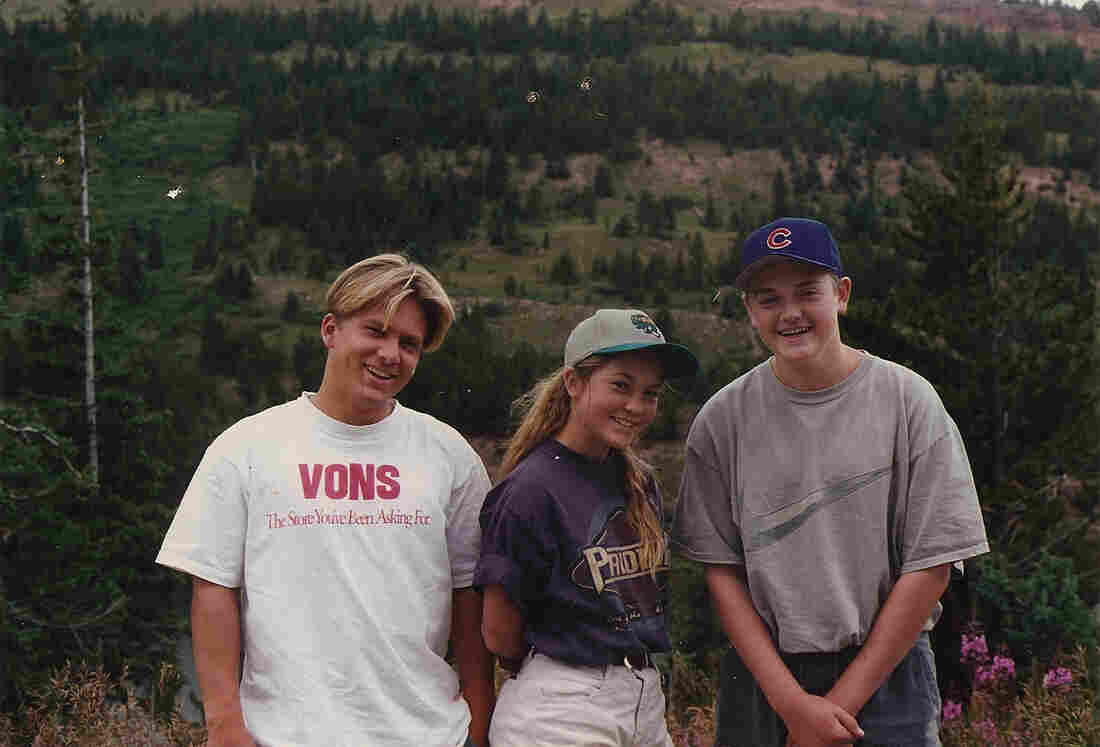 Nickel Creek found plenty of opportunities to challenge the notion of what bluegrass is. The virtuosity of the opening instrumental "Ode to a Butterfly" quickly establishes that these players aren't messing around, before the Thile-penned "The Lighthouse's Tale" shows that the youngsters are capable of writing narrative folk songs that sound for all the world like standards. Ballads like "Out of the Woods" and "When You Come Back Down" showcase classic musicianship, but wouldn't have sounded too far out of place on 2000s country radio. "Sweet Afton" and "In the House of Tom Bombadil" draw from literature, with the former crafted from a Robert Burns poem and the latter in homage to J.R.R. Tolkien. And to remind listeners of the trio's roots, the tracklist includes two interpretations of traditional songs in "Cuckoo's Nest" and "The Fox," with the band offering its own infectious, almost poppy arrangement of the latter.

An early feature on the album opened with the line, "Is this the future of bluegrass?" In that story, a 19-year-old Thile shares his omnivorous outlook: "My tastes keep expanding, to everything. Of course, the classical thing lately, a lot of Celtic music, a lot of jazz music." Sean Watkins adds, "We're rooted in bluegrass because we started in it. But we're branching out into all different areas. I've been trying jazz more, and we do some more real progressive-type stuff ... try to keep it eclectic." Another early piece called the band "the Destiny's Child of the genre," a comparison that sounds less ridiculous when you consider how the latter's kaleidoscopic vision of pop-tinged R&B helped broaden the borders of a form with deep roots. (Nickel Creek's sales were also strong, if not quite Beyoncé-level: The album reached No. 13 on the Top Country Albums chart and would eventually be certified platinum.)

Near the end of that year came a sign that if string music was going to make a popular comeback, it wouldn't all be on the young band's shoulders. The landmark soundtrack album from O Brother, Where Art Thou, released in December 2000, gave roots music a vivid new presence in American culture — introducing a wide audience both to the genre's history and to contemporary stars like Krauss, whose version of "Down to the River to Pray" features prominently in the film. The collection became a sales behemoth and won album of the year at the 2002 Grammys, only the fourth film soundtrack ever to have the honor. In its wake, Nickel Creek found itself with a wider lane and a bigger audience to cheer them on.

While Nickel Creek was not your average bluegrass album, the LP only hinted at what the trio would do in coming years. 2002's This Side was more adventurous still (it famously includes a cover of the Pavement song "Spit on a Stranger"), and in addition to cracking the pop chart, won that year's best contemporary folk album Grammy. 2005's Why Should the Fire Die? is perhaps the greatest showcase of the band's eagerness to challenge the parameters of acoustic music, leaning into rock sounds with help from producer Eric Valentine — whose recent credits included Queens of the Stone Age's Songs for the Deaf and Good Charlotte's The Young And the Hopeless — and featuring a notable lack of traditional bluegrass covers.

When the band went on hiatus in 2007, the members ventured even further from home. Sara Watkins had Led Zeppelin's John Paul Jones produce her 2009 solo debut, while Sean formed the duo Fiction Family with Switchfoot's Jon Foreman. Thile teamed with Yo-Yo Ma on 2011's The Goat Rodeo Sessions, one of many collaborations that have made him something of an ambassador for the acoustic music community — a role that has earned him a MacArthur "Genius" Fellowship and a running gig hosting Live from Here with Chris Thile, the successor to A Prairie Home Companion.

So if Nickel Creek was a harbinger of things to come for the band, it also anticipated a far greater resurgence, not only for bluegrass but for American roots music as a whole. By the time the group returned to the studio with A Dotted Line in 2014, the popularity of roots music was growing at a rapid clip. That album, while still singularly a Nickel Creek project, sounded right at home in the zeitgeist — something that could never have been said for the group's earlier records at the time of their release.

Though bluegrass still tends to be characterized as staid and traditional, it has a long history of drawing from traditions other than itself. As Bill Monroe himself once said of the style, "It's got a hard drive to it. It's Scotch bagpipes and old-time fiddlin'. It's Methodist and Holiness and Baptist. It's blues and jazz and it has a high lonesome sound. It's plain music that tells a story. It's played from my heart to your heart, and it will touch you."

That makes Nickel Creek and its unofficial debut a critical point along a storied timeline, one whose innovations offer countless connections between the genre's origins and its future. Once dubbed "progressive newgrassers," the three musicians now fit firmly within the ranks of Americana music — however nebulous, layered and diverse that realm may be. They have only themselves to thank.