Accessibility links
'Never Rarely Sometimes Always' Review: Pointed Film Stays With You Forever In Eliza Hittman's pointed new movie, a teenager from small-town Pennsylvania doesn't want to tell her parents she's pregnant; instead, she travels to New York City with her cousin for an abortion. 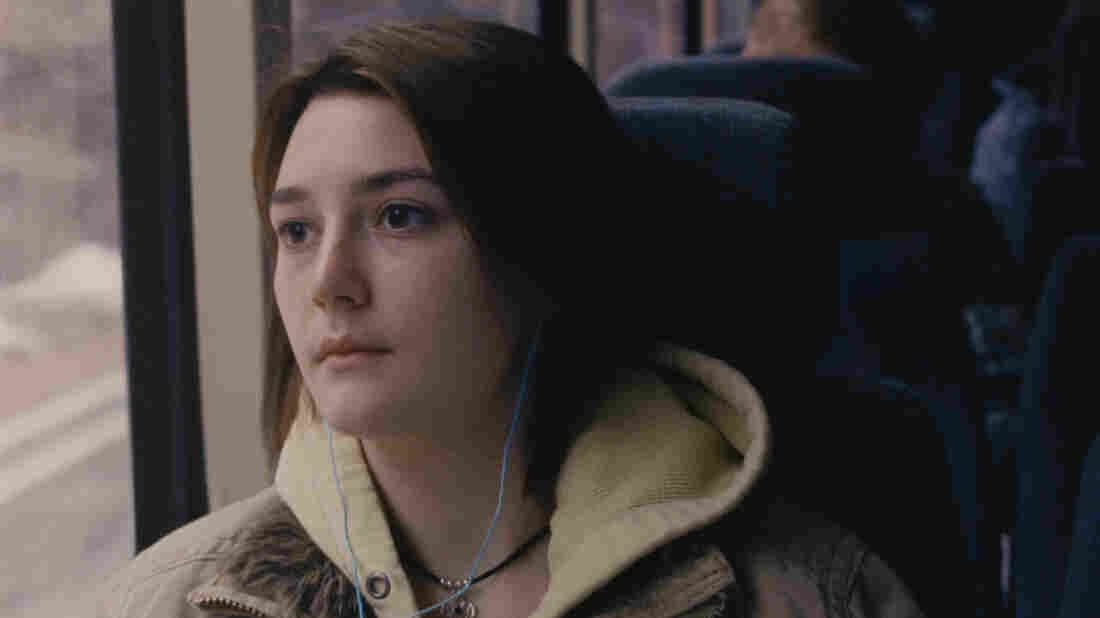 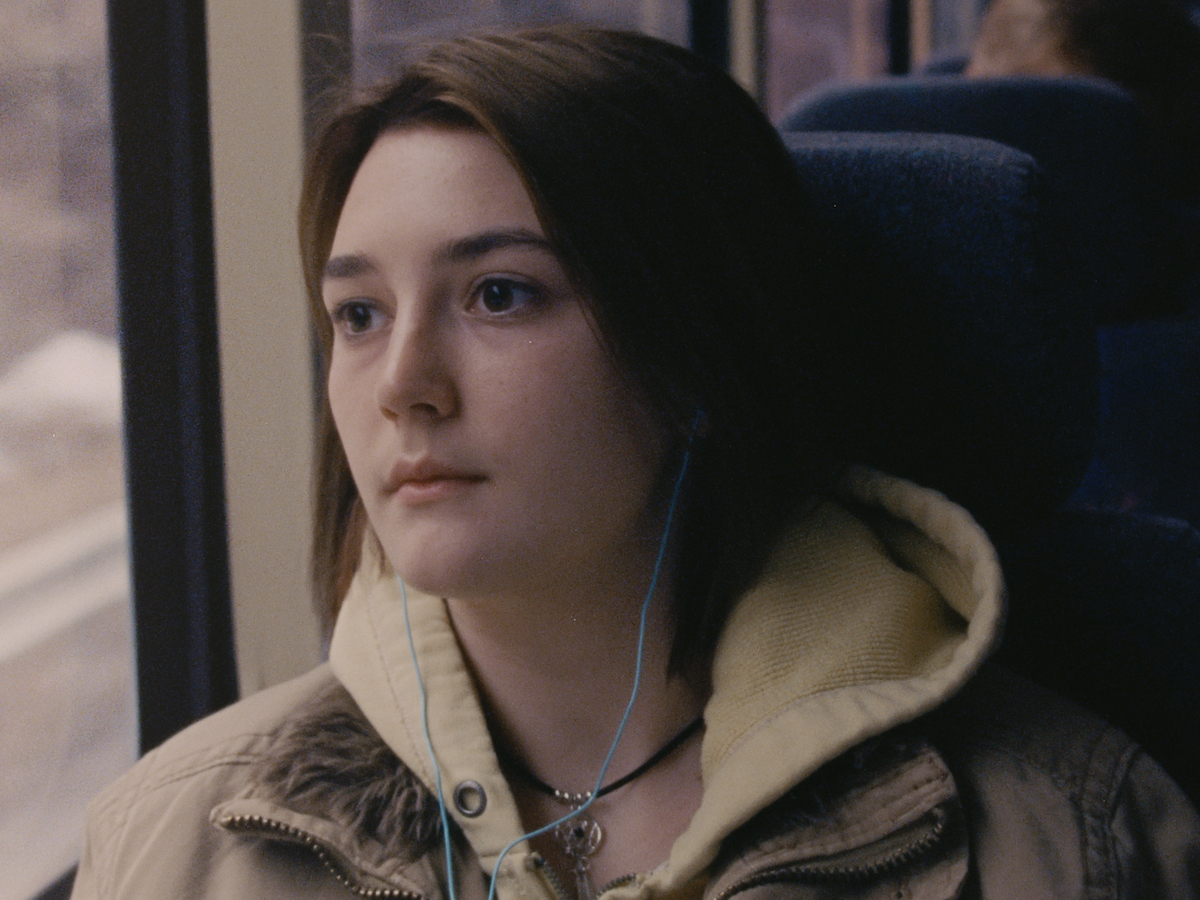 I'm reluctant to explain why Eliza Hittman's new movie is called Never Rarely Sometimes Always. It's a mouthful, to be sure; few people I talked to at this year's Sundance Film Festival could remember it correctly. But then we saw the movie — and after that, a lot of us knew the title would stay with us forever.

Let's just say that the words Never Rarely Sometimes Always refer to four possible answers on a multiple-choice questionnaire. The title is meant to sound a little nondescript, and you might say something similar about the movie's teenage protagonist, Autumn, who's played by a remarkable first-time actress named Sidney Flanigan.

Autumn seems at first like a conventionally moody 17-year-old living in a small Pennsylvania town. She goes to school and likes to sing and play the guitar. She has a kind mom and a surly stepdad, neither of whom pay her much attention. Her closest and maybe only friend is her cousin Skylar (Talia Ryder).

Autumn and Skylar are both pretty taciturn by nature, but they have an almost subliminal ability to communicate with each other, as when Autumn confides that she's pregnant and planning to have an abortion. Autumn doesn't want to tell her parents, and because, as a minor, she falls under Pennsylvania's parental consent laws, she plans to have the abortion in New York City. Skylar, of course, decides to go with her.

And so they stuff their pockets with cash, cook up an excuse for their families and hop on the next bus to New York. But navigating the confusion of one of the world's biggest cities and the American health-care system turns out to be more complicated and time-consuming than either of them had imagined.

With barely enough money for food, let alone a hotel room, the girls spend a lot of their time waiting around the Port Authority Bus Terminal. After a while the place starts to feel like purgatory, where they are forever doomed to drag their hugely impractical brown suitcase up and down stairs and through turnstiles.

A Sundance jury awarded Never Rarely Sometimes Always a prize for "neo-realism," an odd citation that nonetheless captures something of the film's distinctly European art-house flavor. It's there in the spareness of Hittman's dialogue, the fluidity of the handheld camerawork by the French cinematographer Hélène Louvart and the obvious amount of research that went into the scenes at Planned Parenthood, all of which feel rigorously naturalistic. More than once I was reminded of the great 2007 film 4 Months, 3 Weeks and 2 Days, about a teenager helping her best friend obtain an illegal abortion in communist Romania.

Although Never Rarely Sometimes Always is nowhere near that bleak, it's the most pointed and confrontational American drama about abortion rights that I've seen in recent memory. And it seems timely with a major case on the subject before the now conservative-dominated Supreme Court. But while Hittman's position couldn't be clearer, there's no grandstanding in her approach. She simply paints a matter-of-fact portrait of two young women in a difficult but all-too-believable situation, in which there are no easy answers.

She's also making a crucial point about the casual misogyny and sexually aggressive behavior that women experience on a regular basis. Throughout the film, Autumn and Skylar find themselves on the receiving end of persistent and unwanted male attention, whether it's from their touchy-feely boss at the grocery store where they work part-time, the creep on the subway or even the kinda-charming young guy who chats up Skylar on the bus. These encounters build to an emotionally shattering scene in which Autumn has to tell a counselor at the clinic about the circumstances of her pregnancy. As good as she is at hiding her emotions, she simply can't hide them any longer.

Autumn doesn't spell out her entire backstory, and she doesn't have to. Flanigan's performance reminds us that restraint can be revelatory; I've rarely seen an actress take so many mumbled one-word responses and play them with such feeling. Some of the most moving moments are those in which she and Skylar simply clasp hands, sustaining each other through the toughest ordeal of their young lives.