Accessibility links
The News Roundup For March 13, 2020 : 1A COVID-19 continues to shut down the world and influence global markets. Congress works to improve aid during the crisis. Russia and Saudi Arabia's oil agreement collapses. And the U.S. begins to pull out of Afghanistan. 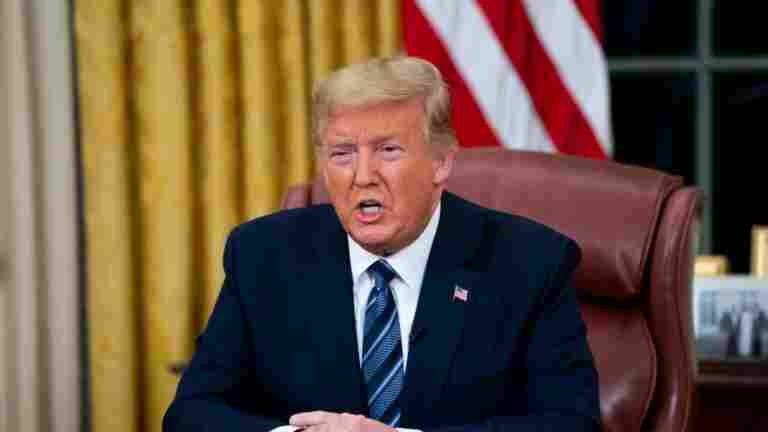 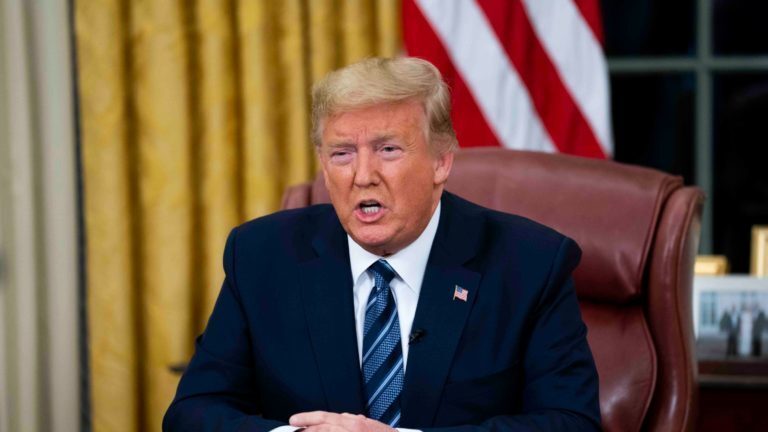 US President Donald Trump addresses the nation from the Oval Office about the widening Coronavirus crisis in Washington, DC.

The spread of COVID-19 has upended life for many people in the United States. As the World Health Organization declared the coronavirus outbreak a pandemic this week, hundreds of schools closed nationwide, millions worked from home, and the toll of the disease continued to rise.

Large events are being cancelled and the NBA, MLB, and NCAA have all suspended or postponed their seasons. Wall Street suspended trading twice this week after stocks plunged and crude oil prices dropped. On Thursday, the U.S. stock market tumbled 10 percent – its worst percentage drop since the 1987 crash.

The Trump administration banned travel from most of Europe for 30 days. And on Capitol Hill, Democrats and Republicans worked to pass a new financial aid package to address the crisis.

Meanwhile, COVID-19's effects have been felt around the world, spreading into 114 countries and killing at least 4,000 people.

American troops are starting to pull out of Afghanistan in the early stages of a provision of the peace agreement signed with the Taliban.

And a long-standing petroleum agreement between Russia and Saudi Arabia, two of the world's biggest producers of oil, ended last weekend in large part due to the spread of coronavirus in Asia, causing markets around the world to drop.

For our conversation about domestic news, we spoke with Darlene Superville, White House reporter for the Associated Press; Jeff Mason, White House correspondent for Reuters; and Rhonda Colvin, reporter covering Congress for The Washington Post.