Churches Grapple With Whether To Suspend Worship Services

Churches Grapple With Whether To Suspend Worship Services 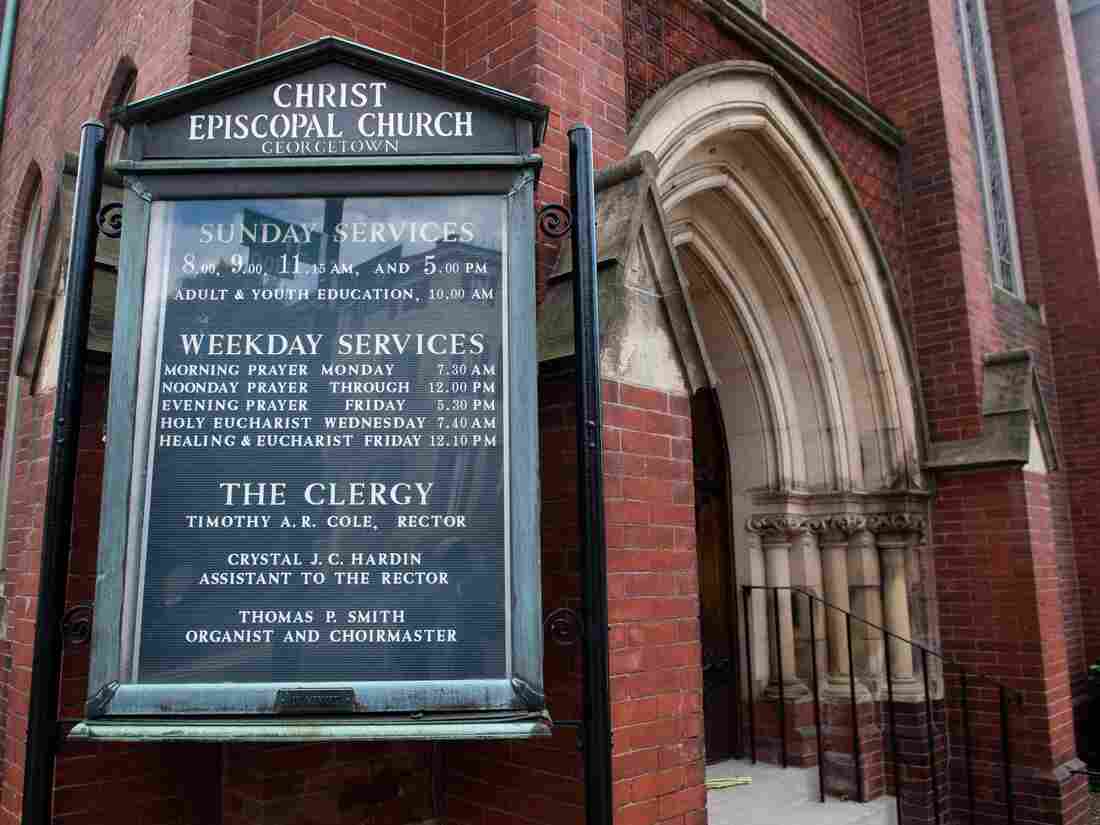 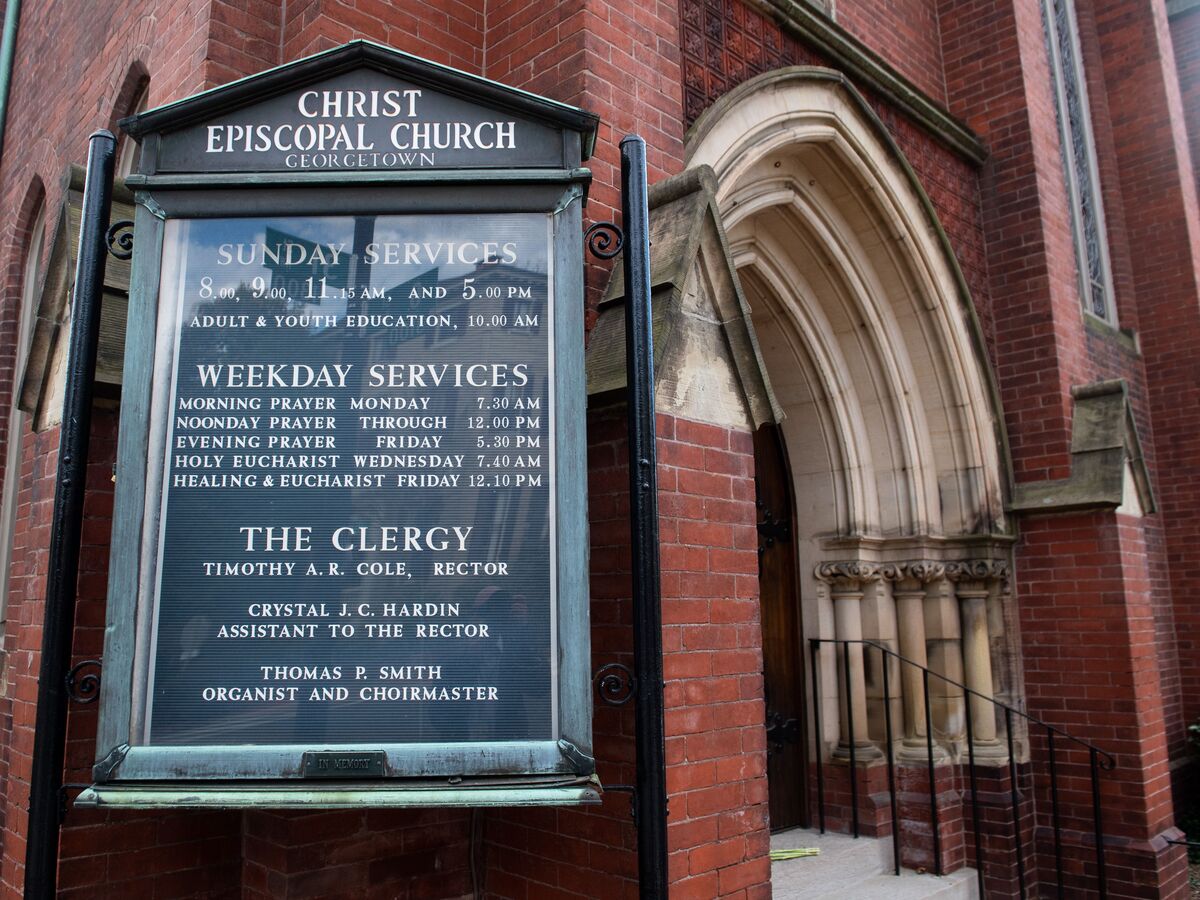 Churches around the country are weighing whether to suspend worship services in response to the coronavirus, with their decisions dependent on their size, their proximity to an outbreak, and perhaps even their political leanings.

In the most aggressive response, leaders of The Church of Jesus Christ of Latter Day Saints have temporarily suspended "all public gatherings" of church members worldwide. According to a church statement, members are encouraged "to care for one another" in lieu of attending worship services.

Roman Catholic and Episcopal leaders are generally leaving the decision of whether to suspend worship services to local diocesan authorities. The Catholic archdioceses of Washington, D.C., and Seattle have both ordered the cancellation of public masses, for example, while other dioceses have not yet done so, opting to mitigate the threat of virus contagion by limiting physical contact or modifying Communion practices. All Episcopal churches in Maryland and D.C. have canceled services, at least temporarily.

In some cases, church decisions are being dictated by local government decrees. After Utah Gov. Gary Herbert asked for an end to all public gatherings of more than 100 people, church leaders across the state agreed to suspend worship services temporarily. In response to a similar request from Kentucky Gov. Andy Beshear, many churches in that state also announced a suspension of services, though some church leaders are resisting the governor's call.

Aaron Harvie, senior pastor of Highview Baptist Church in Louisville, told The Washington Post that he has no plans to cancel services at his church, which has 7000 members in three campuses.

"If we shut down services, it would add to fear," Harvie said. He told the Post he would like to tell the governor that he is treading into an area where "you don't actually have direct responsibility or authority."

Some church leaders close to the Trump administration have been especially resistant to any pressure to suspend worship services.

Robert Jeffress, the senior pastor at First Baptist in Dallas, Texas, and one of Trump's most outspoken admirers, told his congregation he wanted to avoid "pandemic panic."

"I know some people are saying, 'The NBA is canceling games, why don't you cancel church services?'" Jeffress said in an interview with the Dallas TV station KDFW. "Respectfully, what we do is more important than what the NBA is doing. That's entertainment, and that's optional. Worship is essential."

Jeffress, however, may be forced to adjust his church's worship plans after Dallas County on Thursday evening issued a "public health emergency," ordering a ban on public gatherings of more than 500 people.

The decree does not affect Prestonwood Baptist Church in Plano, Texas, located in a neighboring county. Though Prestonwood is one of the largest churches in America, with 45,000 members spread across three campuses, Senior Pastor Jack Graham, another fervent Trump admirer, initially refused to suspend mass worship services.

"We're not going to shut down with the current information that we have," Graham told his congregation.

On Friday, however, Graham and his associates changed their mind.

"After much discussion and prayer and given how quickly the coronavirus pandemic is evolving in our communities," Graham announced, "we have made the difficult decision not to meet in person for services this weekend."

In the Seattle area, home to the most serious coronavirus outbreak, church leaders have willingly agreed to suspend worship services.

"Obviously, there's no substitute for meeting in person, but we know that's not wise," says Ryan Falls, pastor at Westminster Chapel in Bellevue, which has closed its doors indefinitely. The church is just a 10-minute drive from Kirkland Life Care Center, the senior living facility where 26 residents have died so far as a result of the coronavirus.

Falls is continuing to deliver sermons, but without facing his congregation. He films the sermons in a media room at the church for uploading via the church website.

Another church in the Kirkland area, Overlake Christian, has not yet locked its doors, but is considerably scaling back its worship services.

"We are strongly encouraging people to stay home and worship with us online," says associate pastor Phil Chenery, "but we tell people that we are here if you want to join us." Though weekly church attendance averages 1,500, only about 100 worshippers showed up last Sunday, Chenery says.

The suspension of worship services is likely to affect churches across the country differently, depending on their size and available resources. Megachurches, generally defined as having more than 2,000 members, are best positioned to withstand extended closures, largely because of their extensive online operations.

"Megachurches have gone into high tech, rather than high touch," says Scott Thumma, who studies the megachurch phenomenon at the Hartford Institute for Religion Research. "So in many ways they're exceptionally well adapted to meet the challenges of not gathering for a couple of weeks."

Almost all megachurches raise revenue through online giving, Thumma says, and are using it to their advantage.

"If [members] give online and then agree to do it monthly," Thumma says, "you are going to get more money than if you just plead with people face to face."

Smaller congregations, in contrast, are likely to depend more on weekly offerings collected in church and are less able to turn to online worship and are therefore more vulnerable to extended suspension of worship services.

Another factor affecting how churches will weather the coronavirus storm, Thumma says, is their age profile.

"Megachurch congregations tend to be significantly younger, and thus less likely to be in that high risk category than smaller, more traditional mainline congregations," Thumma says.

In U.S. Episcopal churches, Thumma notes, almost half the membership is age 65 and older, making them especially vulnerable to the coronavirus outbreak.