Accessibility links
Ballaké Sissoko, Driss El Maloumi And Rajery On 3MA, Redefining African Music Ballaké Sissoko made headlines last month after his instrument was irreparably damaged in airline transit. The music that his band, 3MA, makes has a larger impact beyond just a tiff with the TSA. 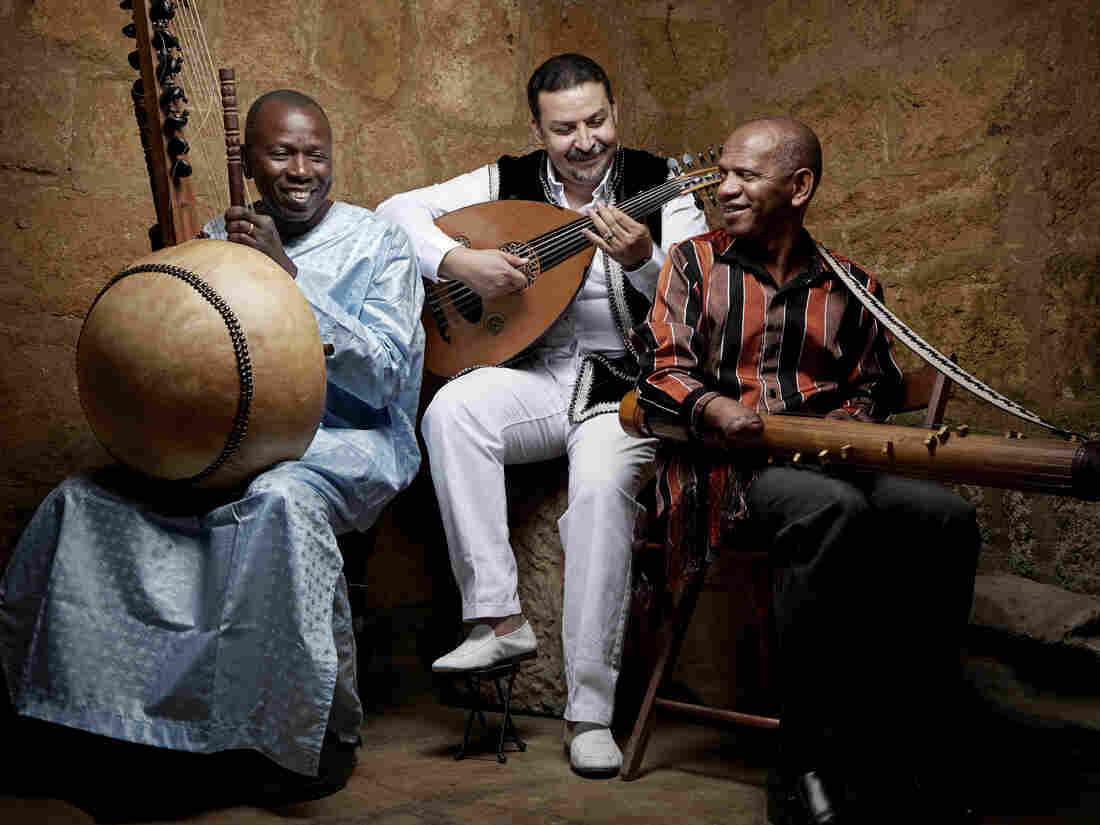 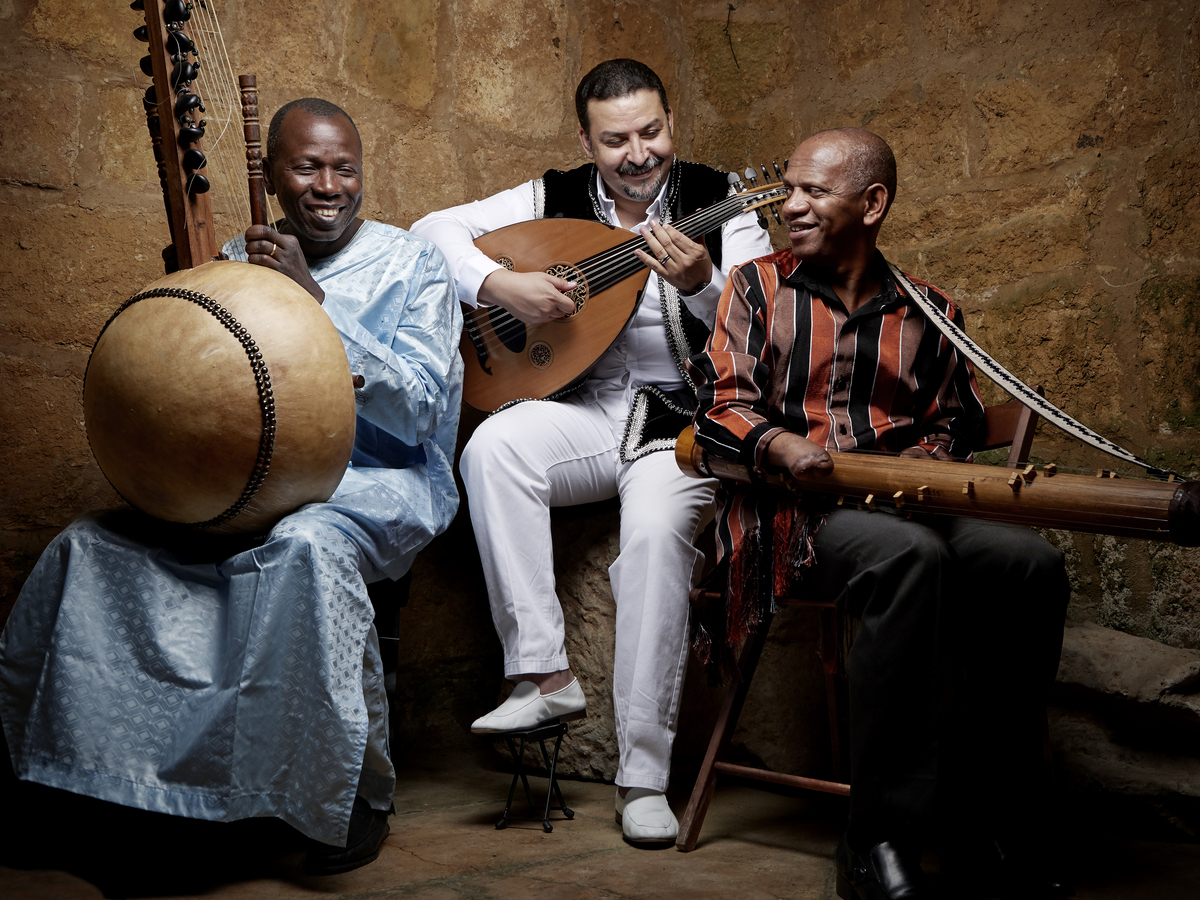 Ballaké Sissoko, Driss El Maloumi and Rajery are masters of three different stringed instruments from three different African cultures. Together, they are a trio called 3MA.

Cyrille Choupas /Courtesy of the artist

The story of one of Mali's most prominent musicians and how his instrument was destroyed in transit made news all over the world last month. Ballaké Sissoko accused the Transportation Security Administration of taking his kora apart sometime during a flight from New York to Paris. The TSA says it never opened the instrument's case. But Sissoko and 3MA, the band he was touring with, are much more than a few weeks of international headlines.

3MA stands for Madagascar, Mali and Maroc — Morocco in French — and the band is comprised of three musicians from three different African nations playing three different stringed instruments. Rajery is from Madagascar and plays an instrument called the valiha; the second "m" is for Malian kora player Ballaké Sissoko and oud player Driss El Maloumi is the Moroccan.

"It's not music from Morocco, not from Madagascar or from Mali," El Maloumi says. "It's, at the same time, [using] our culture to make something completely different."

The trio first came together 12 years ago and each of the musicians also has a successful solo career. Ballaké Sissoko is probably the best-known internationally: He's the son of Djelimady Sissoko, a renowned kora player. The instrument traditionally has 21 strings and that number has a specific meaning.

"Seven strings represent the past, seven the present and seven the future," Ballaké Sissoko explains. He says he adapted the instrument slightly to play with 3MA, plus he added an extra string to honor the luthier who made the instrument.

"I created the chromatic kora with two and half octaves for this project, to dialogue better with other instruments," he says. "I think music and instruments should evolve and not remain static."

"It's made of bamboo. In the middle there is a fissure that separates the two parts," Rajery explains. "A series of movable bridges tune the instrument: You slide the bridge upward to get the bass sound or downward to get the treble sound. It has two octaves."

Last but not least, there's Driss El Maloumi's oud, an instrument that's played all over North Africa and the Middle East. It has 11 strings (in case you're keeping track, that's 51 strings under the fingers of 3 musicians). El Maloumi picks his oud with a plectrum, which is sort of like an elongated guitar pick.

For even longer than El Maloumi has been performing with 3MA, he's been touring and recording with ancient music scholar Jordi Savall. In 2014, Rajery and Ballaké Sissoko joined El Maloumi for The Routes of Slavery, Savall's large ensemble project exploring the cultural impact of the slave trade.

Ballaké Sissoko says the project wasn't just about music. "Jordi's personality helped me understand that music is not about virtuosity," he says. "It's about wisdom."

"Jordi Savall played a very important role in this group. He is all about wisdom and history and he's a great teacher," he says. "As three cultures coming together in our trio, we came to understand how our countries have been deeply affected by the pain that humanity has gone through."

El Maloumi says 3MA's music is all about spirit.

And that's exactly what the trio wants to do says Rajery: present a new image of an ancient continent.

"Mali, Madagascar and Morocco are together to show that before anything else, we are human beings," he says. "We are united through the universal language of music. We want to show Africa from a different point of view: three cultures, three musicians and three emblematic instruments."