Accessibility links
Trump Steps In To Help Oil Industry Facing Its Own Coronavirus Crisis The oil industry has faced reduced demand from coronavirus, made worse by a global price war. The Trump administration says it will help by buying up cheap oil for the nation's strategic reserve. 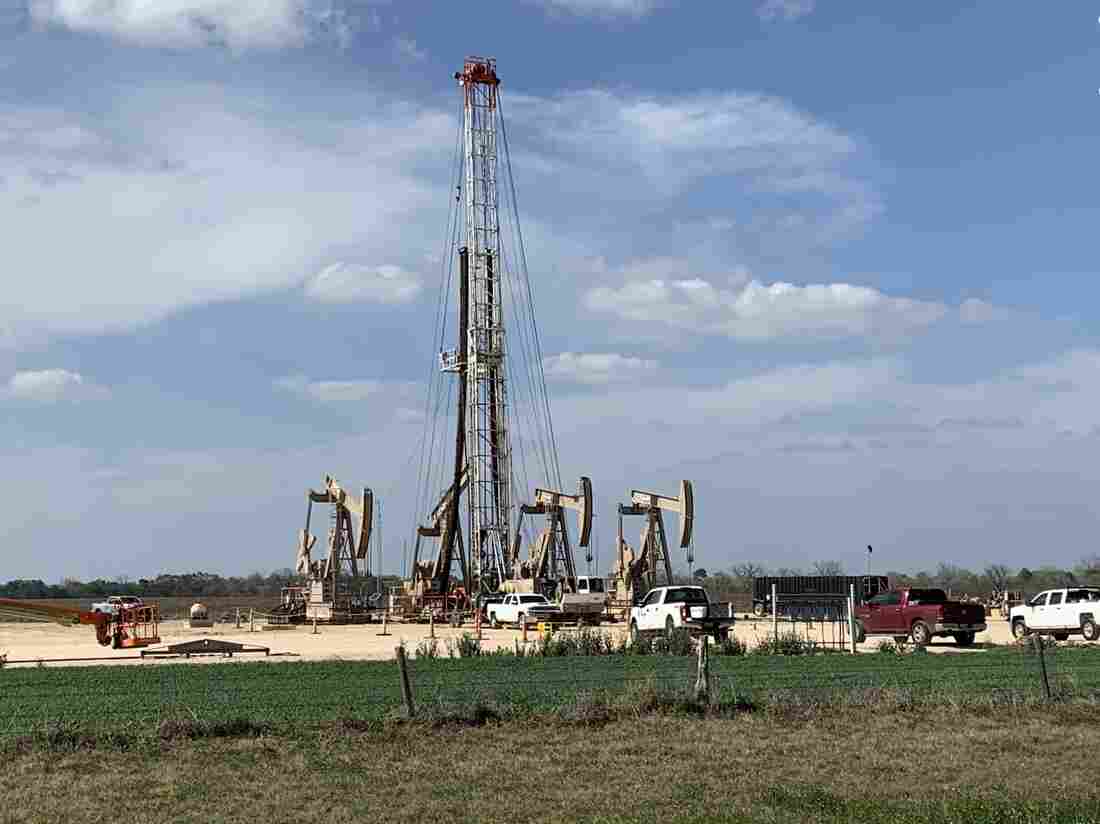 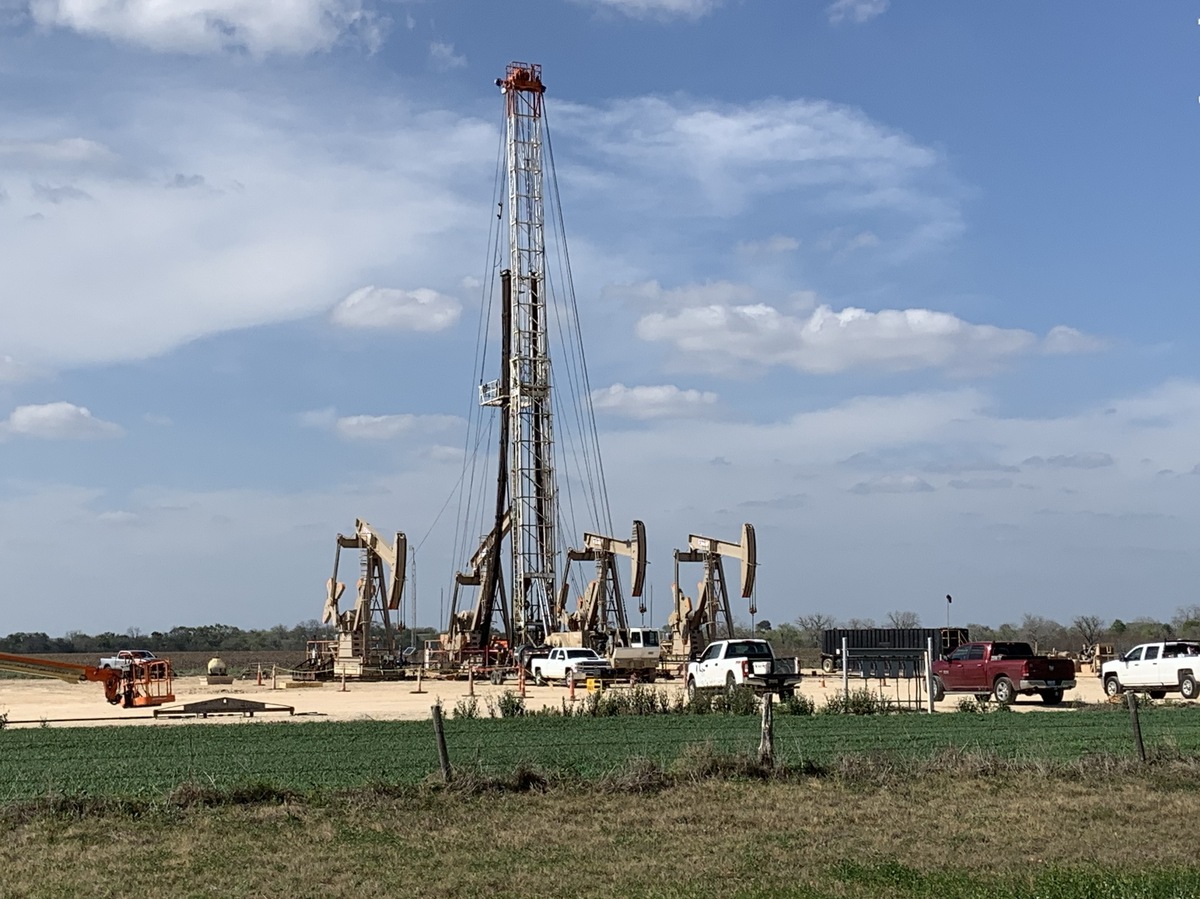 A crew near Karnes City, Texas, continued work as oil prices collapsed this week. Companies already were cutting costs and now will have to cut deeper as oil prices remain low.

Oil prices bounced back a bit after President Trump said the Department of Energy would buy crude for the nation's strategic petroleum reserve.

"We're going to fill it right to the top," Trump said Friday in a wide-ranging news conference at the White House. He said it will save taxpayers "billions and billions of dollars" while helping an industry that's been reeling.

While oil prices increased nearly 5% after Friday's announcement, that was just a fraction of the amount they lost earlier in the week.

In South Texas, Rudy Martinez immediately experienced the effects of the past week's collapse in crude oil prices.

"I actually have a little man camp and these guys are on the way out because they lost contracts," says Martinez, who has eight rooms he rents to out-of-town oilfield workers in Karnes City, Texas.

"The workers get their per-diem and I charge them $100 a person [per week]. Actually I'd like to charge them a little more than that, but now that it's tapered off, it's hard to charge them that because they can't pay it," he says.

Back when the oil business was really booming in Karnes City, Martinez says he could charge up to $2000 a week per person.

This is one small example of what declining oil prices mean for the rural communities that depend on the oil business. And there's a lot at stake for the U.S., the world's largest producer of crude oil.

Oil prices had been falling out of fears the coronavirus epidemic threatened world economic growth. Demand was also down as large gatherings were canceled and people started staying home to avoid getting sick.

Then prices plunged after Saudi Arabia and Russia failed to agree on production cuts and instead entered a price war last Sunday. In a stunning reversal, Saudi Arabia said it would actually boost oil production and offer a massive discount for its customers.

U.S. oil companies, especially smaller ones, are now looking to make deep cuts. Industry analysts warn of possible bankruptcies, especially if oil remains where it's fallen to, in the $30 per barrel range. Companies operating in Texas's Eagle Ford Shale need prices between $40 to $60 a barrel to remain profitable.

'We were here before the oil'

Karnes City was transformed by the oil drilling boom that started about a decade back. Karnes County National Bank President Trip Ruckman says there were local farmers and ranchers who were just getting by, then all of a sudden showed up at his bank with a $1 million oil royalty check in hand. 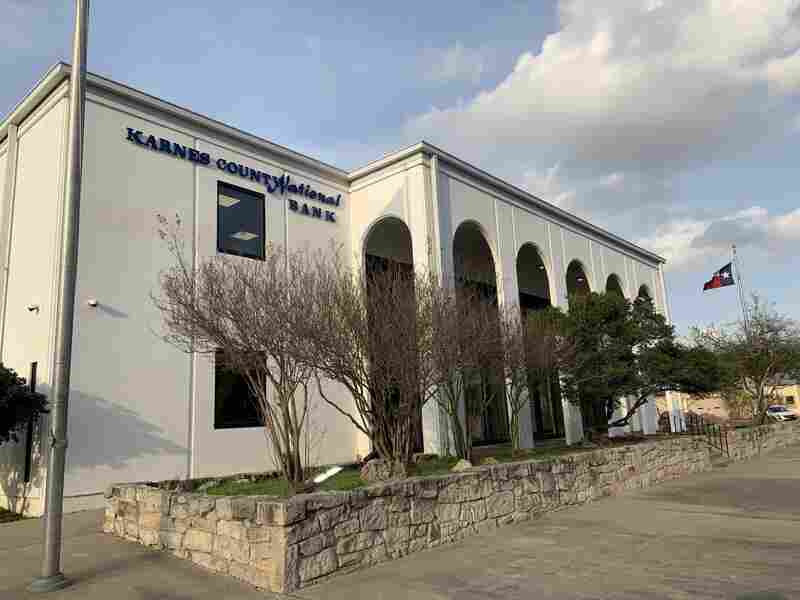 Karnes County National Bank is headquartered in the oil drilling boom town of Karnes City, Texas. Bank President Trip Ruckman says his community has survived busts in the past and will survive this one too. Jeff Brady/NPR hide caption 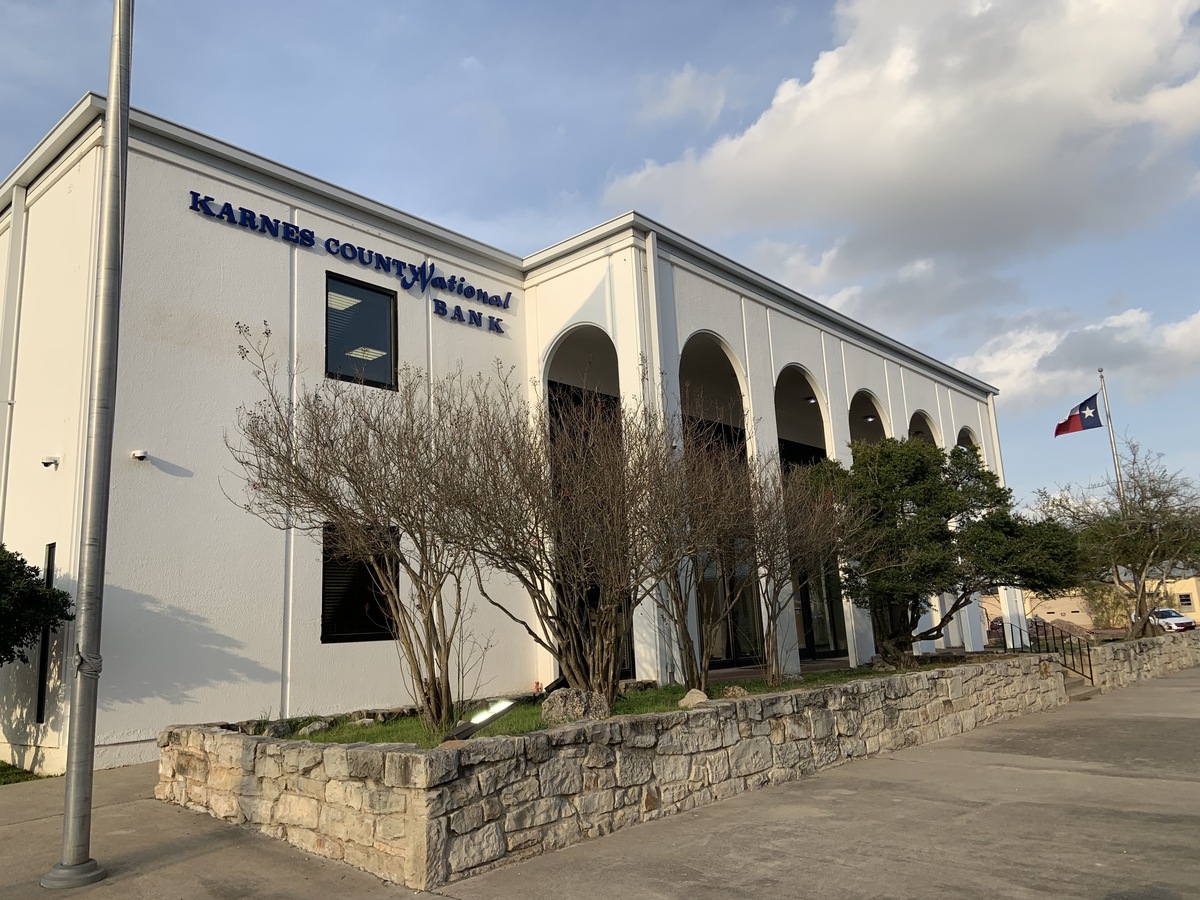 Karnes County National Bank is headquartered in the oil drilling boom town of Karnes City, Texas. Bank President Trip Ruckman says his community has survived busts in the past and will survive this one too.

Right now it can still look pretty busy around town. There are trucks on the roads and a few local hotels are still full. Ruckman says it takes time for drillers to wind down production plans that already were being implemented when prices collapsed.

"Probably, in a few weeks to a month or two, I think you're going to see things slow down. But we'll still be here — we were here before the oil," says Ruckman, who tries to stay optimistic about the financial future of his community.

There have been reports the Trump administration may be willing to help the oil industry in other ways. For example, the White House could reduce federal royalties for oil pumped on government land or offshore. The administration could also offer low-interest government-backed loans.

Groups focused on climate change have criticized such ideas.

"The last people who deserve taxpayers' money are the billionaires that created and profited from the climate crisis," says Jack Shapiro of the environmental group Greenpeace.

One potential bright spot in all this is gasoline prices. Lower oil prices will mean cheaper gas for motorists in coming months.

Usually when gas prices go down people drive more and choose bigger cars, which increases consumption. But with many limiting travel out of concern over the coronavirus, this time might be the exception.

In a caption on a previous version of this story, we incorrectly identified the rig pictured as an oil drilling rig.