Accessibility links
Lab Races To Grow Mice For COVID-19 Research Coronavirus researchers need the right genetically engineered mice to test potential vaccines. But most of these mice have been on ice. One lab is breeding a new generation of mice to meet the demand. 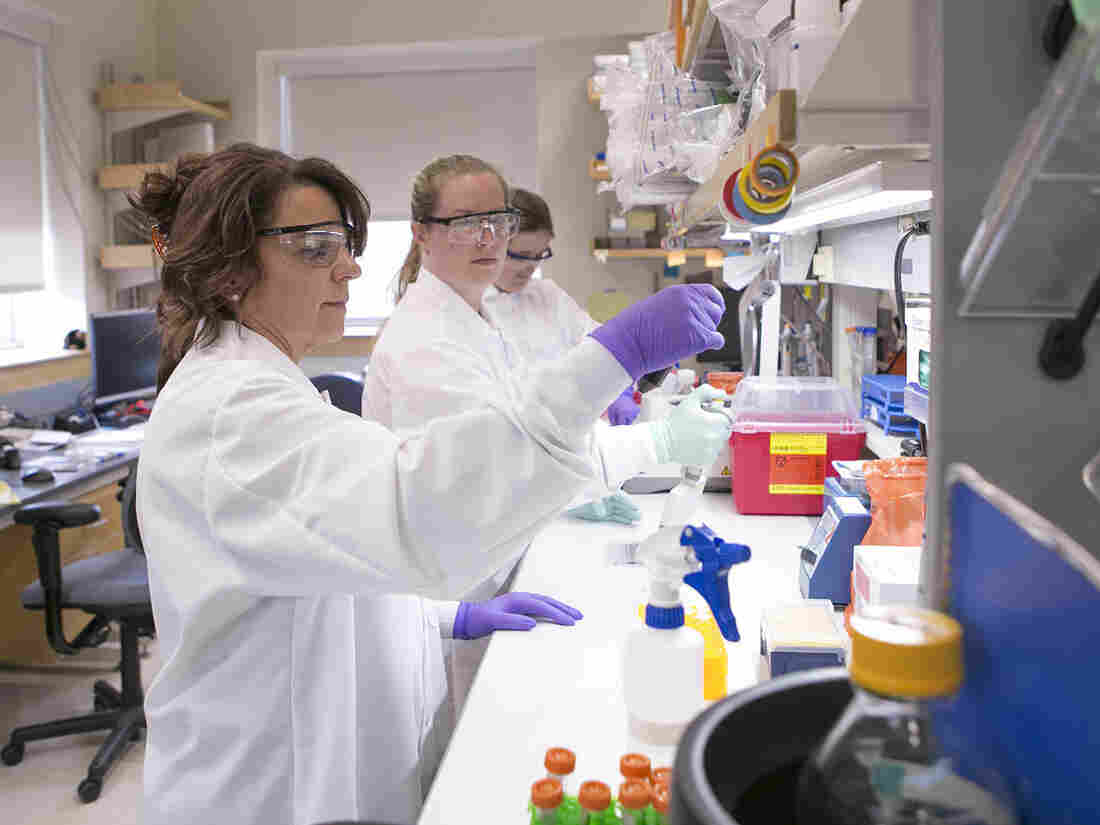 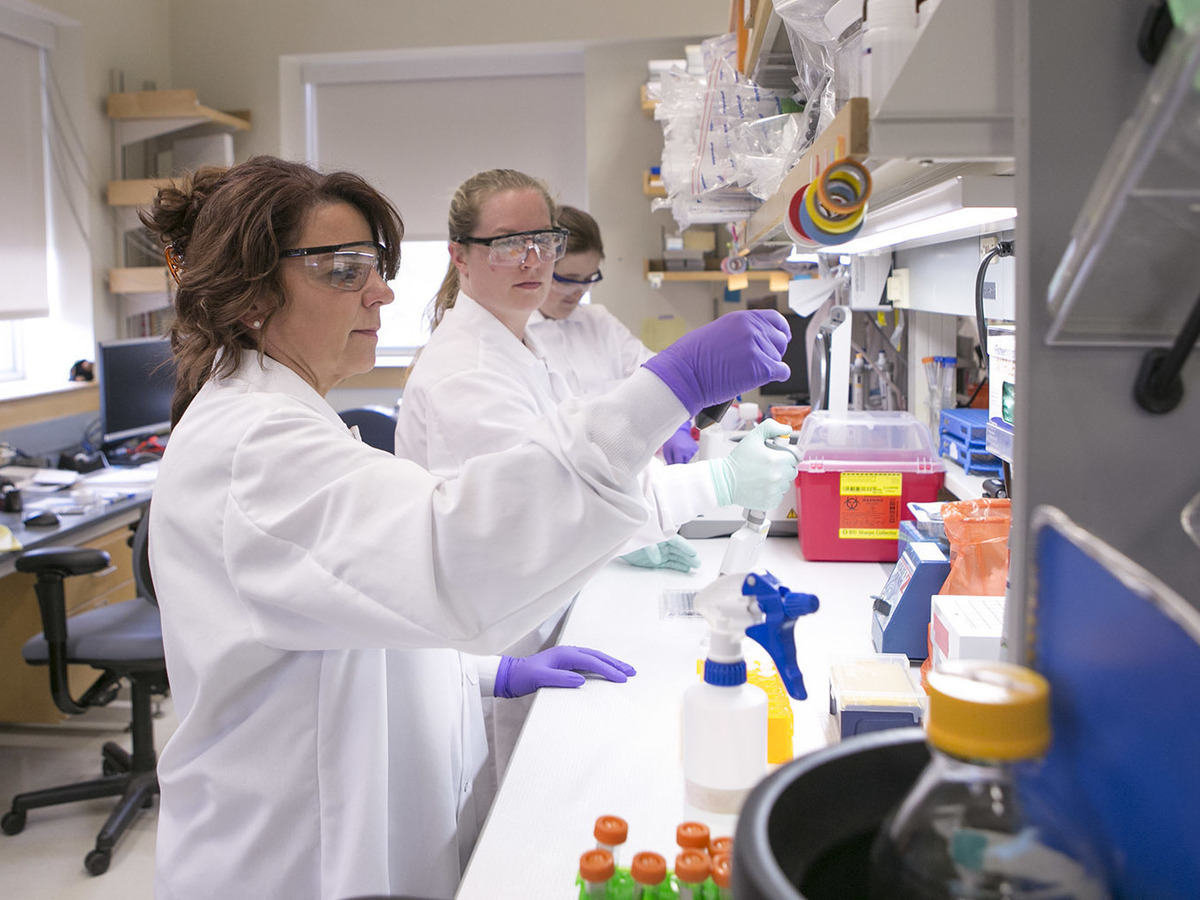 Cat Lutz (far left) in her lab at the Jackson Laboratory Mouse Repository.

Laboratories across the world are gearing up to develop vaccines that can stop the spread of the deadly coronavirus. They've got the funding; they've got the talent. But they don't have the mice.

In order to test and ensure that vaccines are safe and effective, researchers typically conduct experiments on animals, usually mice. Though some labs are experimenting with ferrets and monkeys for this virus, mice are cheap and plentiful.

But researchers can't use ordinary mice. That's because the coronavirus doesn't make mice sick. Humans have to genetically engineer them to be susceptible to the virus. But it seems there are no such mice to be found.

The problem is that the genetically altered mice that researchers need have been on ice for the past few years, says Cat Lutz, senior director of the Jackson Laboratory Mouse Repository in Bar Harbor, Maine. 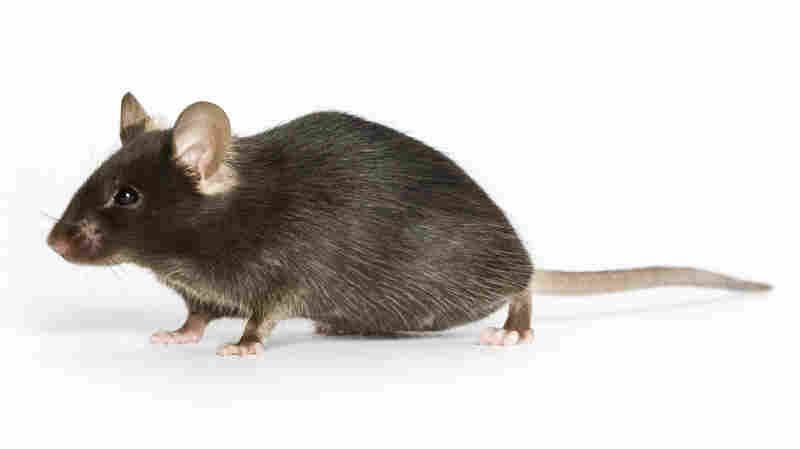 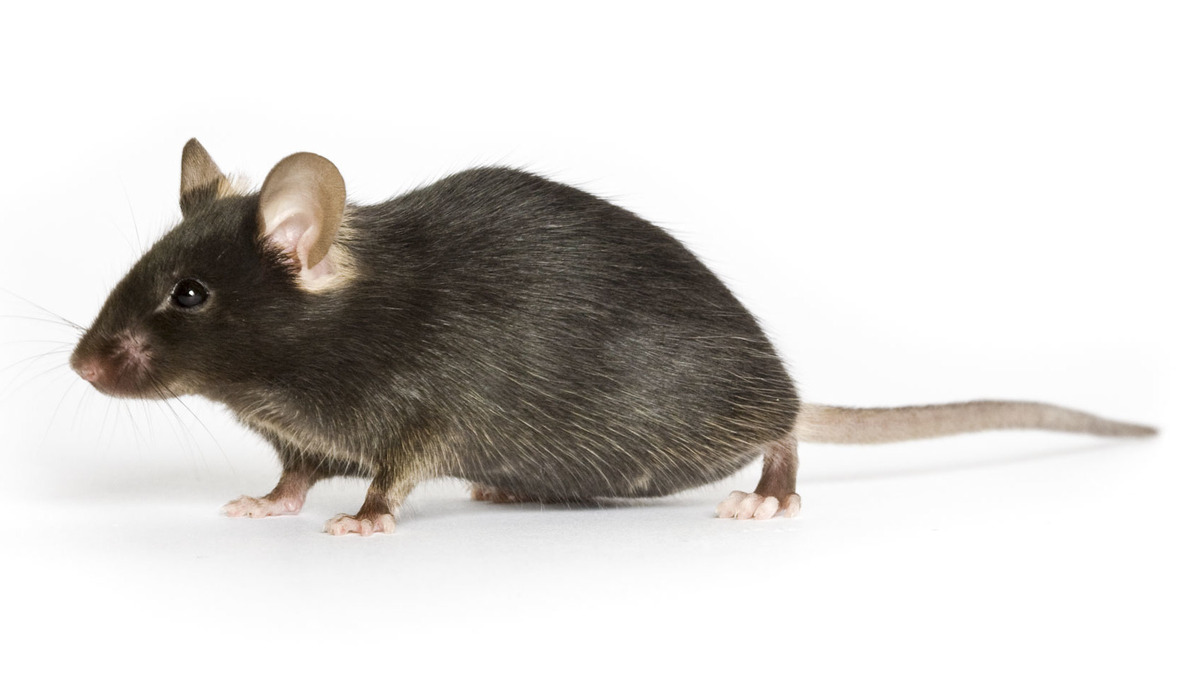 It's not feasible to keep the thousands of varieties of engineered mice alive in cages, so instead, mice sperm and embryos are kept frozen in cryopreservation tanks. Lutz says it's similar to what you'd find in a human in vitro fertilization clinic.

The Jackson Laboratory, a nonprofit that breeds and sells animals to scientists, has over 11,000 varieties of mice material on ice. But they didn't have the one that coronavirus researchers needed with the humanized ACE2 gene.

The question was, who did?

"We looked around the literature and noticed that there was a mouse model that was made in 2007 just for that purpose," Lutz tells NPR's Renee Montagne. "And that purpose was really to study coronavirus infections. The mice at that time were used for SARS, which is another coronavirus-related illness."

Lutz's lab reached out to Dr. Stanley Perlman, a coronavirus specialist at the University of Iowa's medical school. He sent Lutz his lab's unused frozen sperm, which was used to impregnate mice in the Jackson labs. The first batch of new mice was born March 2.

But producing enough mice to meet the demand takes time, and some help from Mother Nature.

Lutz has been able to complete multiple in vitro fertilizations, striving to meet initial orders for more than 3,000 mice from at least 50 different labs

"We're going to literally have hundreds and hundreds of mice on the ground in a very short period of time," says Lutz, "which we will then put into breeding that will basically meet the demand of the scientific community in very short order." 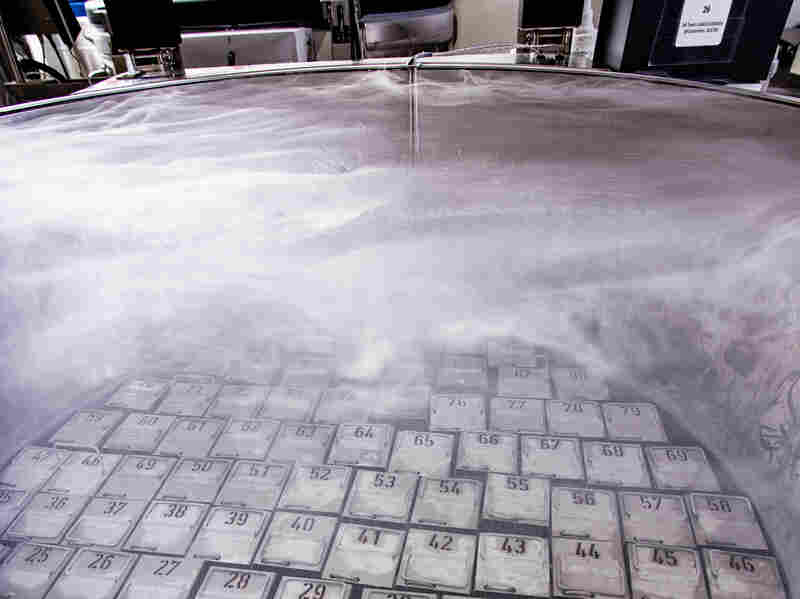 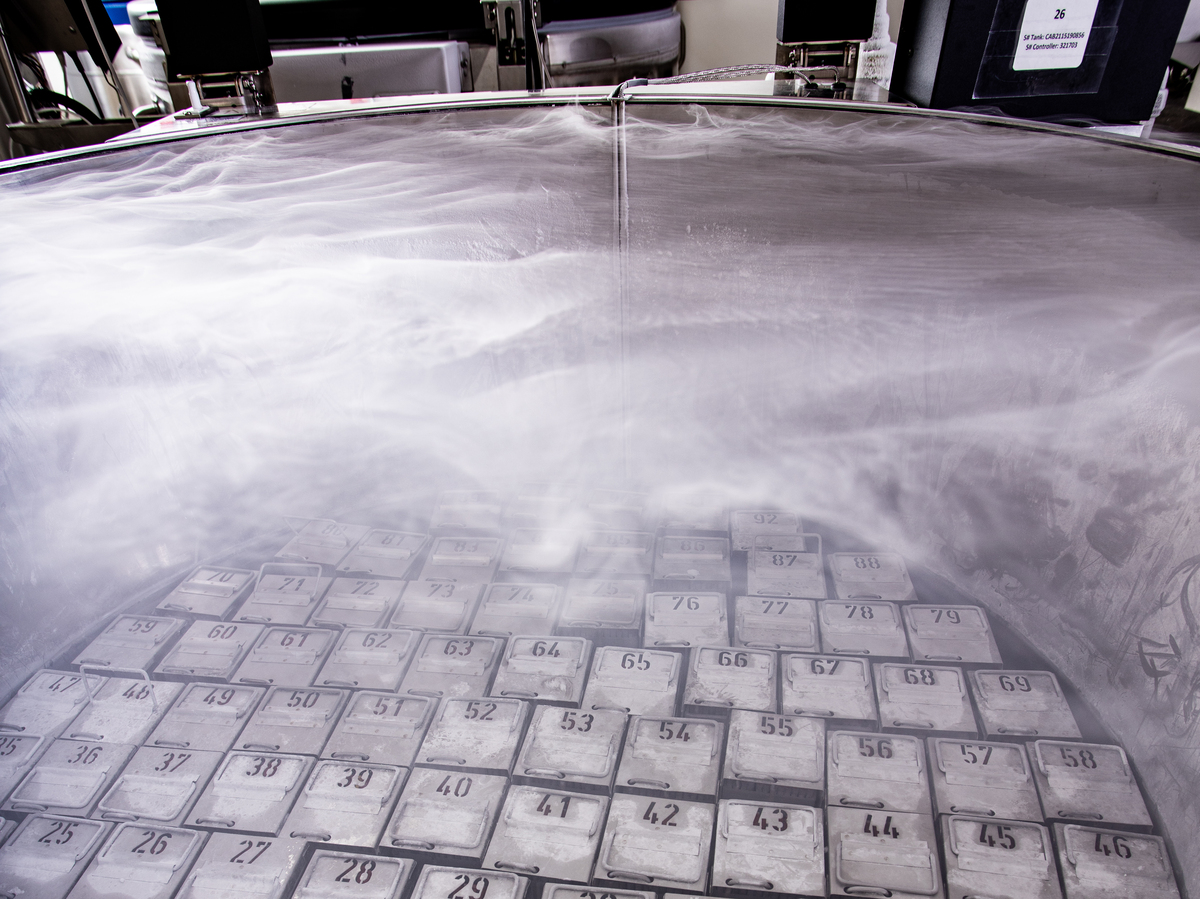 Cryopreservation tanks inside the Jackson Laboratory

Some labs are not waiting for mice. Because of the pressure to produce a vaccine quickly, several biotech companies are breaking the usual protocol and are skipping animal testing.

In these cases, many of the human clinical trials are using drugs that have already been proven to be safe or efficacious, such as broad spectrum anti-virals where there is some existing evidence to believe these may work.

But there's no evidence yet that they'll work on the coronavirus.

"I would hope within a few weeks we may be able to make an announcement to you all that we've given the first shot to the first person," Dr. Anthony Fauci, director of the National Institute of Allergy and Infectious Diseases told the U.S. House Oversight and Reform Committee on Tuesday.

Fauci cautioned that whether such vaccines would be effective wouldn't be known for 12 to 18 months.

It's not the optimal scenario, says Lutz.

"The ability to infect the mice with the specific virus of interest and then test therapies--new and existing--for efficacy is really the most informative experiments with the highest potential," she says.