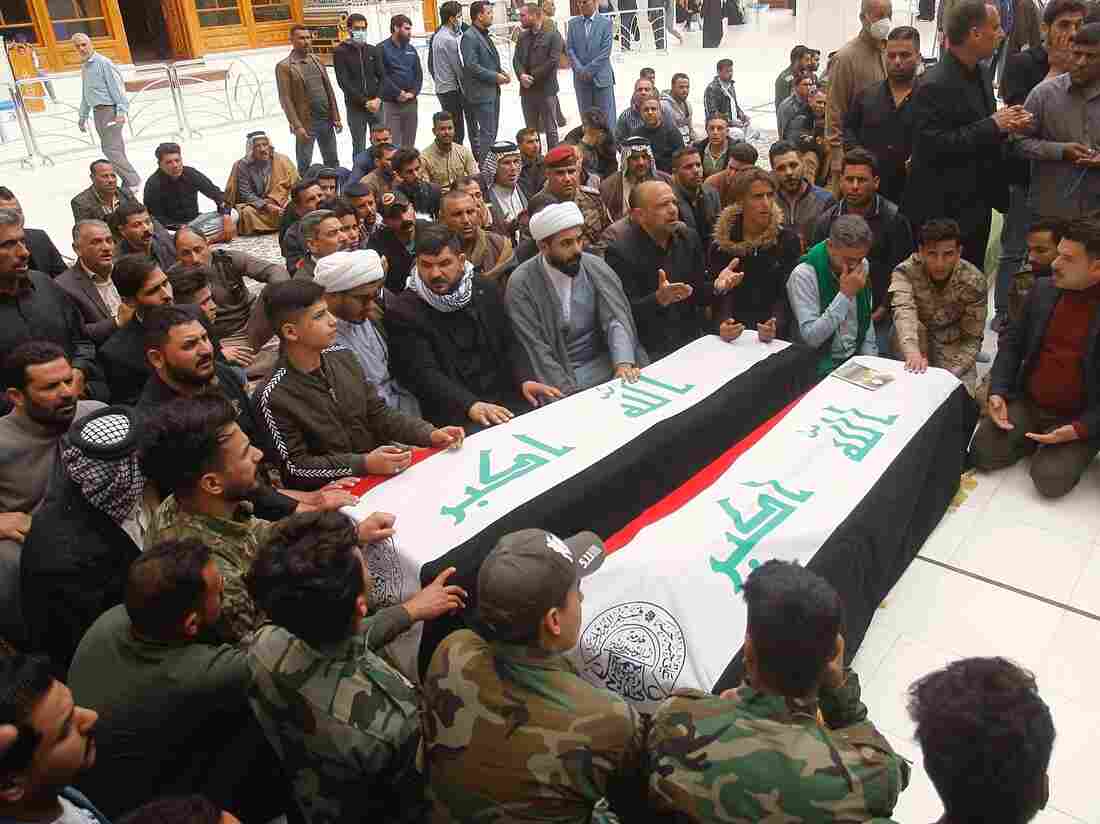 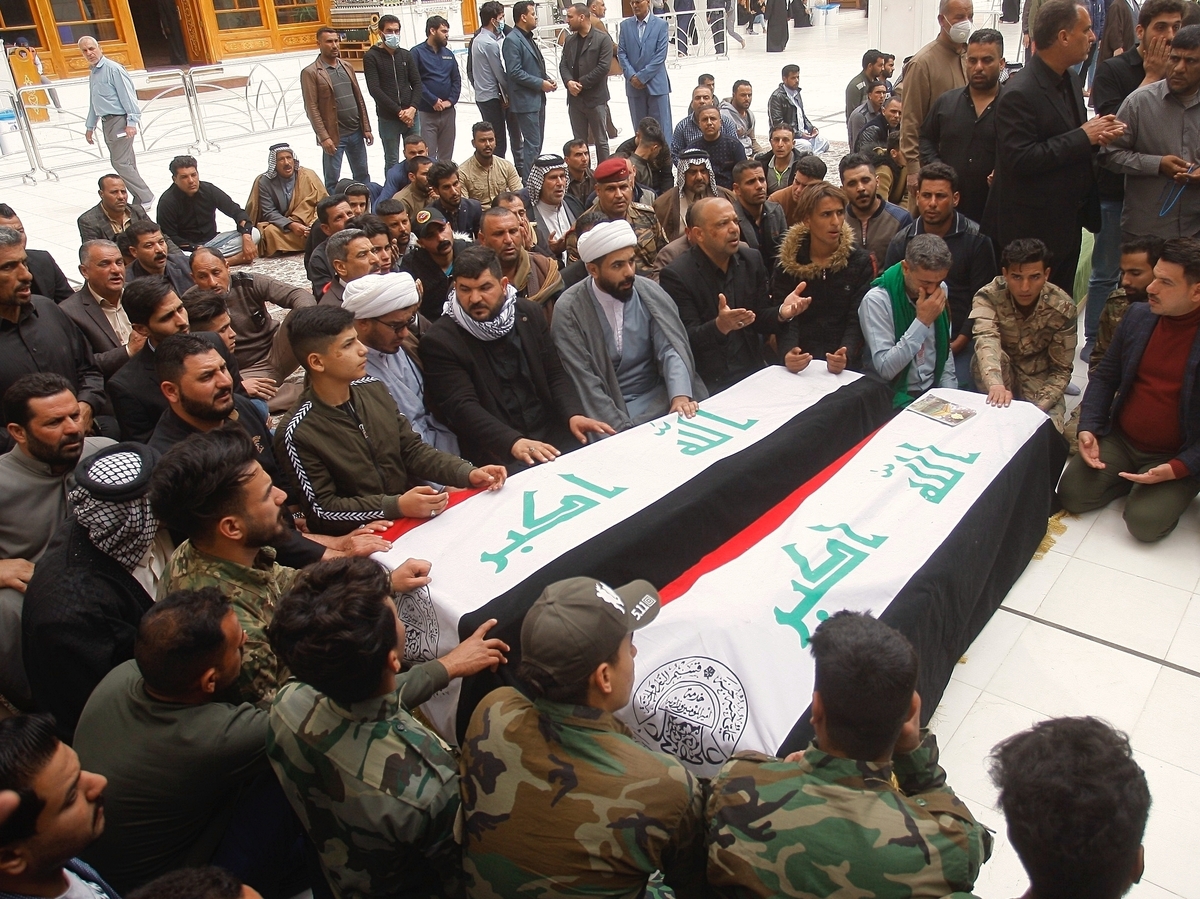 Mourners pray over the flag-draped coffins of two Popular Mobilization Forces fighters killed in the Thursday U.S. airstrike in Iraq, during their funeral procession at the Imam Ali shrine in Najaf, Iraq, Saturday.

More than two dozen rockets were fired at a military base north of Baghdad hosting American forces Saturday morning, wounding three members of the U.S.-led coalition and two Iraqi soldiers, the coalition's spokesperson announced in a tweet.

Two of the wounded Americans suffered serious injures and are being treated at the military hospital at the Baghdad Airport base, according to Jonathan R. Hoffman, assistant to the Secretary of Defense for public affairs. Iraqi security forces have made an initial arrest, Hoffman said, adding that the U.S. was investigating the attack with them.

Iraqi forces said they found seven rocket launchers and 24 rockets that did not fire inside a garage in an area near Camp Taji base, where the rockets landed, Reuters reports. No group has yet claimed responsibility for the attack.

The military said the U.S. or other foreign forces should not use this attack as an excuse for military action without Iraq's approval and called on all foreign troops to quickly withdraw as the parliament asked, Reuters reports.

A Twitter account claiming to be the official Security Media Cell of the Iraqi Prime Minister's office called for the Iraqi Parliament's "speedy implementation" of its decision on the coalition's withdrawal.

weakens the Iraqi state's ability to provide its own security, and expects more losses for Iraqis. This necessitates the speedy implementation of the Parliament's decision on the issue of the Coalition's withdrawal.

Camp Taji base suffered a rocket attack Wednesday, which killed two Americans and one member of Britain's Armed Forces, injuring 14 others.

U.S.-Iran relations have been in troubled waters since late December, with many military actions playing out on Iraqi soil. On Dec. 29, Kataib Hezbolla shot a barrage of rockets at a U.S. Military base near Kirkuk. American forces retaliated against the Shia militia group in Iraq and Syria a few days later.

In January, a U.S. drone strike killed Maj. Gen. Qassem Soleimani and Iraqi militia commander Abu Mahdi al-Muhandis near Baghdad's airport, pushing the two countries to what many feared to be the brink of war. The Department of Defense justified the attack saying the general was "actively developing plans to attack American diplomats and service members in Iraq and throughout the region."

Iran retaliated by launching ballistic missiles at the Ain al-Assad air base in Iraq and a second base at Irbil, which houses U.S. personnel.

The strike on al-Assad injured at least 34 U.S. service members.