Accessibility links
President Trump Tests Negative For Coronavirus The result, according the White House, comes after Trump had been in contact with people who later tested positive. 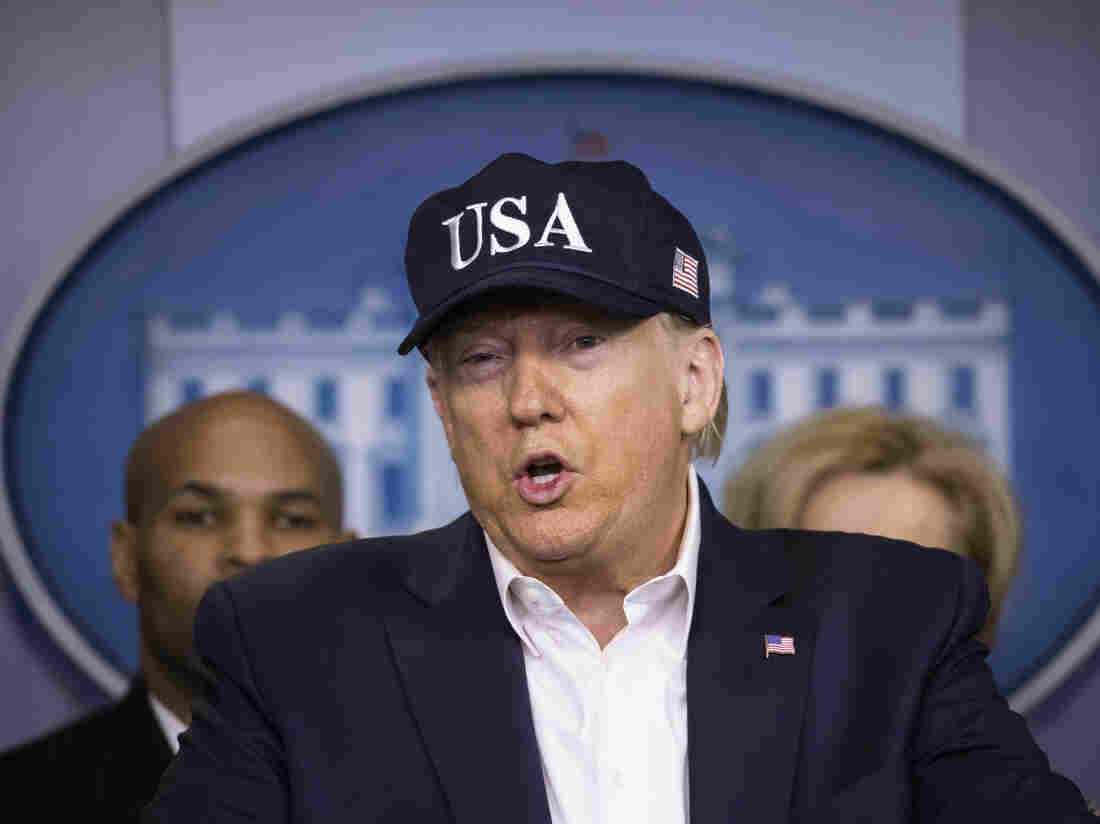 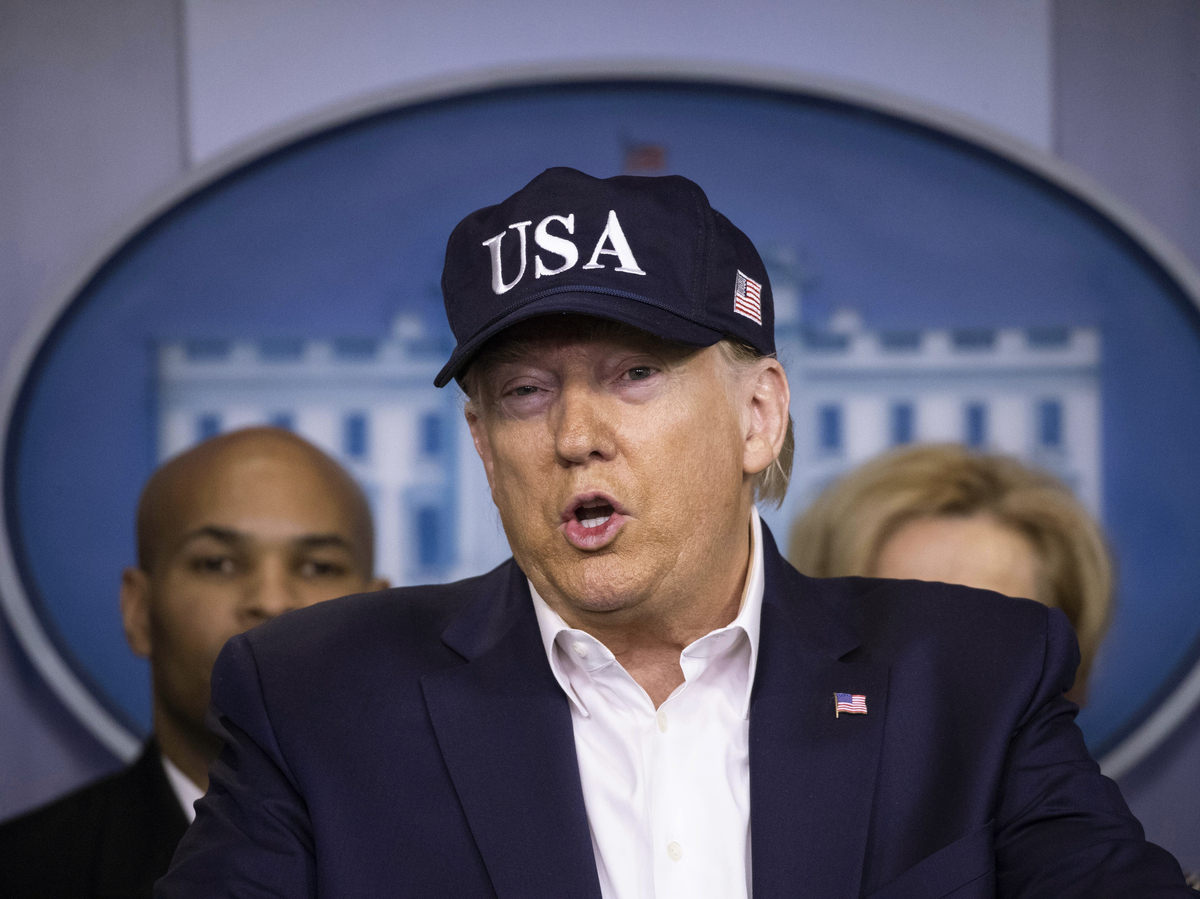 President Donald Trump speaks during a news conference about the coronavirus in the James Brady Briefing Room at the White House, Saturday, March 14, 2020.

President Trump has tested negative for the coronavirus, according to a statement Saturday from the White House.

"Last night after an in-depth discussion with the President regarding COVID-19 testing, he elected to proceed," Sean Conley, the physician to the president, wrote in a memo released by the White House. "This evening I received confirmation that the test is negative."

President Trump, 73, had previously been in contact with at least one official who tested positive for coronavirus following a dinner party at his Mar-a-Lago resort in Florida last weekend.

That official, Fábio Wajngarten, is the press secretary for Brazilian President Jair Bolsonaro and was photographed at the event alongside Trump and Vice President Mike Pence. Brazil's government announced on Thursday that Wajngarten had tested positive for the virus.

"One week after having dinner with the Brazilian delegation in Mar-a-Lago, the President remains symptom-free," said Conley. "I have been in daily contact with the CDC and White House Coronavirus Task Force, and we are encouraging the implementation of all their best practices for exposure reduction and transmission mitigation."

The announcement followed days of questions about the president's potential exposure to coronoavirus and came just hours after he surprised reporters by revealing that he had in fact been tested.

On Thursday, White House press secretary Stephanie Grisham said that both Trump and Pence "had almost no interactions with the individual who tested positive and do not require being tested at this time." However, two Senate Republicans, South Carolina's Lindsey Graham and Florida's Rick Scott, said they would both self-quarantine following exposure to members of the Brazilian delegation.

On Friday, it was reported that at least one additional member of the Brazilian delegation that visited Mar-a-Lago also tested positive for the coronavirus: Chargé d'Affaires Nestor Forster.

Concerns about the president's potential exposure only grew after he was seen shaking hands with multiple chief executives at a press conference Friday in the Rose Garden.

Just a few hours after the press conference, Conley issued a letter saying that because the president was not showing symptoms, testing was not needed.

In telling reporters on Saturday that he had been tested, Trump said he was not motivated by his interactions with the Brazilian officials, but rather by questions he received during his Rose Garden press conference.

"I decided I should based on the press conference yesterday," Trump said. "People were asking, did I take the test."

After Trump revealed he had been tested, a member of the White House Coronavirus Task Force explained what it means when a test comes back negative.

"When you get a negative test, that means you're negative that day, said Dr. Deborah Birx, the task force coordinator. "That doesn't mean that you couldn't get the virus spreading overnight, because it replicates in your nose and your nasal secretions, and you would have a positive test tomorrow."

She added: "If you have a negative test, that doesn't mean that you can discontinue precautions. It doesn't mean you can start taking risks because you were negative."

Saturday also brought news that another top GOP official, Republican National Committee Chairwoman Ronna McDaniel, had been tested for coronavirus. McDaniel last interacted with Trump on Monday, a spokesman told USA Today, when she attended an Orlando event and returned to Washington, D.C. on Air Force One. McDaniel will be self-quarantining with her family at home in Michigan, according to an RNC spokesman.

Several other officials in the president's orbit have also had exposure to the coronavirus. Newly named White House Chief of Staff Mark Meadows, Rep. Matt Gaetz (R-Fla.) and Rep. Doug Collins (R-Ga.) have all disclosed that they came into contact with a person infected with coronavirus while attending last month's Conservative Political Action Conference. All three have self-quarantined, but neither has reported experiencing symptoms.