Accessibility links
Genesis Breyer P-Orridge, Provocateur And Industrial Co-Creator, Dead At 70 The Manchester-raised artist was an invariably complicated and controversial figure, said to exert an unhealthy level of control over their collaborators. 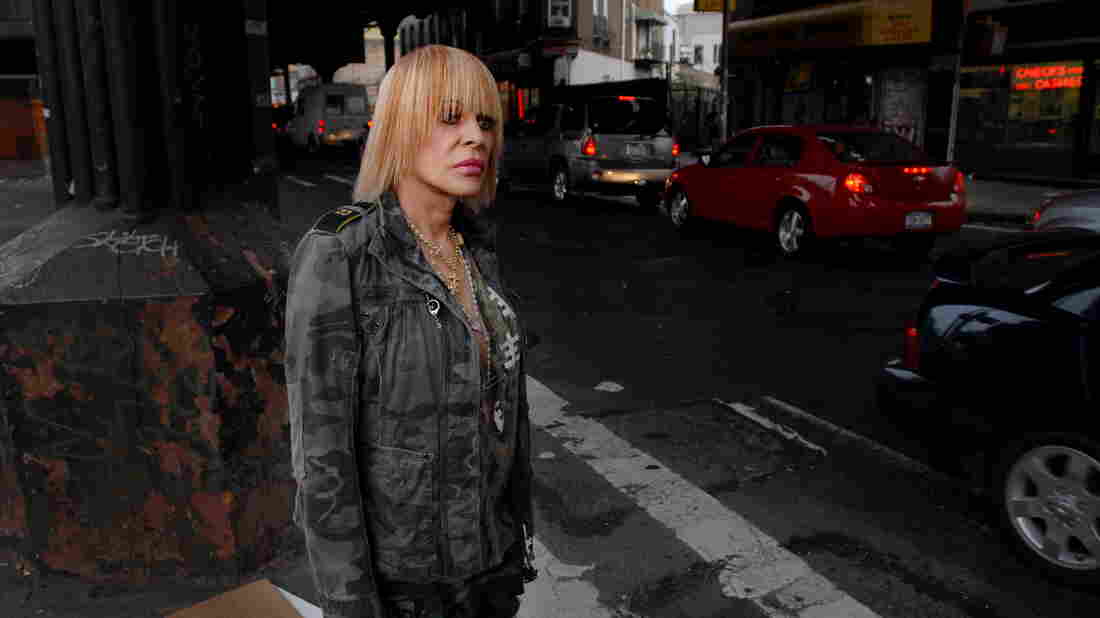 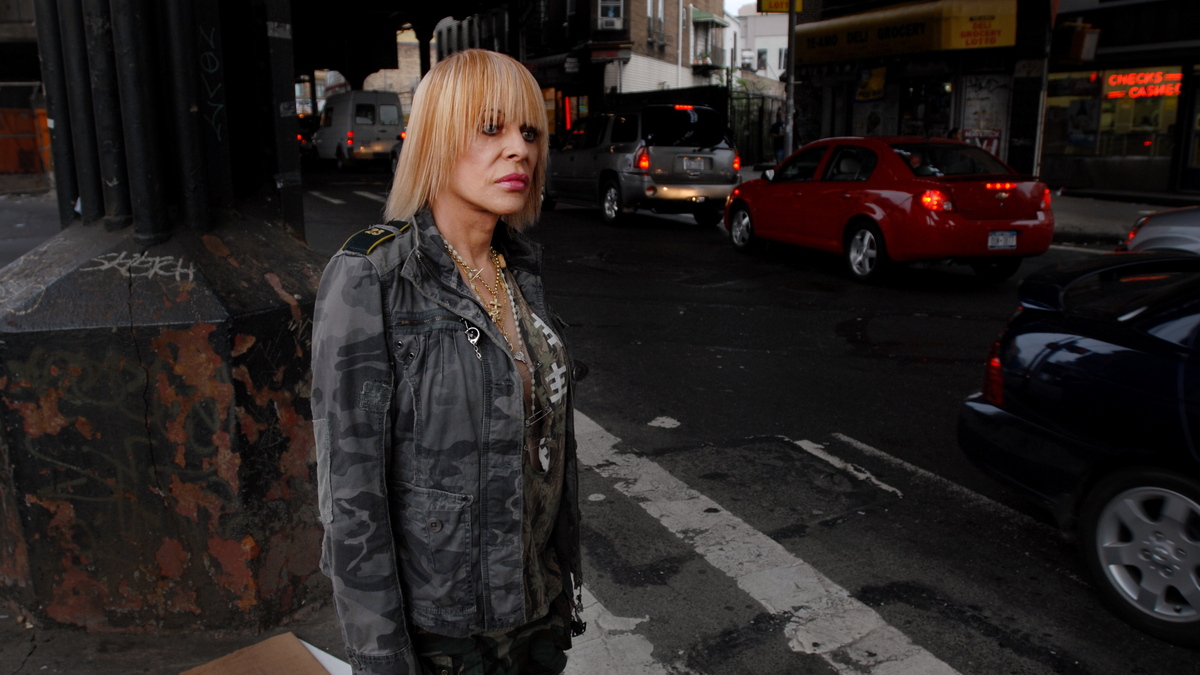 Genesis Breyer P-Orridge, photographed in New York on Aug. 19, 2007. The artist, best known for their work in the groups Throbbing Gristle and Psychic TV, died on March 14, 2020.

Genesis P-Orridge, the visual, musical and performance artist whose work with Throbbing Gristle and Psychic TV gave rise to the industrial and acid house genres, has died at age 70, after being diagnosed with leukemia two-and-a-half years ago. P-Orridge's two daughters, Caresse and Genesse P-Orridge, shared a statement confirming their death via their label, Dais Records.

P-Orridge never meant to engender industrial music, the genre with which they are most closely associated. With their collaborators in the avant-garde arts collective COUM Transmissions and its house band Throbbing Gristle, they clawed away at music as they knew it; what came to be known as industrial was simply what was left. The English musician, artist and social provocateur saw destruction as a means to creation, and took everything from noise to language to their own body, which they modified extensively before and during their gender transition, as raw material for reordering the world.

From an early age, P-Orridge learned how power weighed on the body. A small and sickly child from a working-class Manchester family, they attended an elite high school on scholarship. There, they endured physical abuse at the hands of their more affluent classmates, a ritualized simulation of the ways class relations unfold in adulthood. Insufficiently moneyed or masculine, P-Orridge realized as a teenager that symbolic violence gave rise to the implicit, and real, violence of compulsory labor and compulsory gender under capitalism. "I had to go to a bloody public school, I had to deal with that for four years, being physically and mentally tortured, quite literally, and I just thought at the end of it, I know the enemy. These people are going to run Britain in twenty years," they said in a 1994 interview. They also realized they could seize the power of symbols and rituals to their own ends.

In 1976, Throbbing Gristle played an early concert at London's Institute of Contemporary Art during a COUM exhibition called "Prostitution." On display were pornographic photos of COUM member Cosey Fanni Tutti, as well as used tampons, syringes and bottled blood. The abject tableau shocked a conservative Member of Parliament into infamously declaring the group the "wreckers of civilization," a telling pronouncement (from a humorless suit who could have been one of P-Orridge's former schoolmates). What kind of civilization was so brittle its foundation could be cracked by nudity and filth?

With COUM, Throbbing Gristle and, later, the more pop-oriented band Psychic TV, as well as their abundant visual art, P-Orridge applied the cut-and-paste creative techniques of William S. Burroughs and the occult philosophies of Aleister Crowley to cultural work that aimed to corrupt and unsettle the habits of normative society. They took symbolic violence as a creation rite: On the harrowing track "Slug Bait," from Throbbing Gristle's 1977 debut album The Second Annual Report, P-Orridge sings from the perspective of a home intruder who castrates a husband and then eats the fetus from his pregnant wife's lacerated abdomen. Their thin, androgynous voice quavers over distorted electronics orchestrated by their bandmates, breaking into occasional shrieks, as if they embodied both the murderer and the murdered at once. 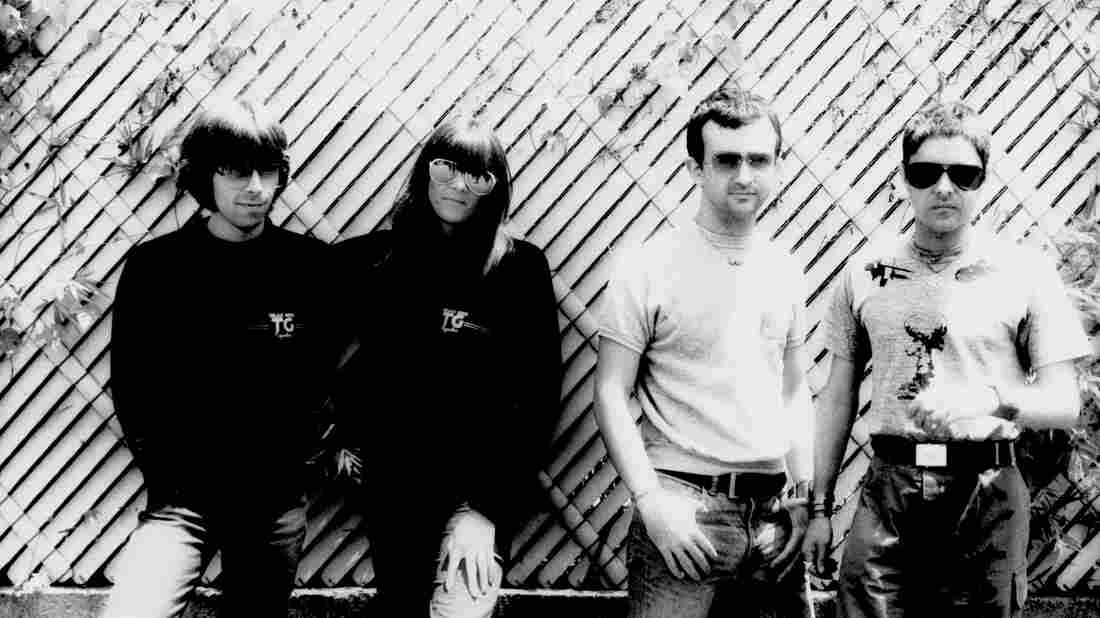 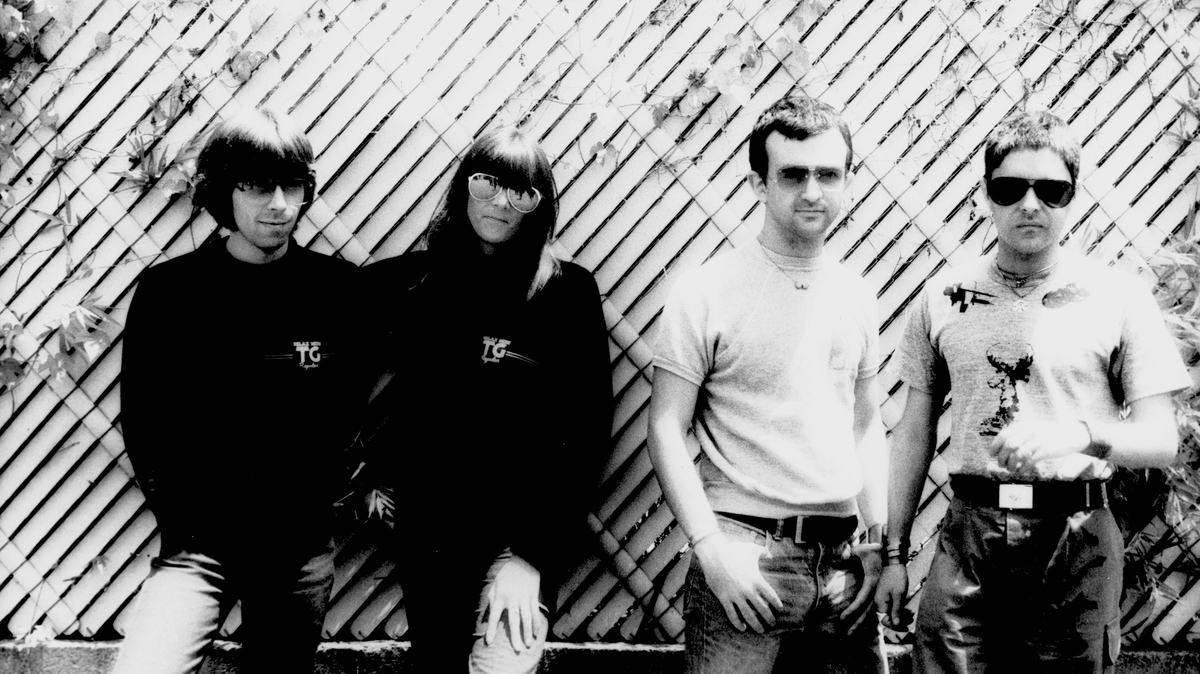 As the primary singer of Throbbing Gristle, P-Orridge's lyrics ran the gamut of the taboo. Mutilation, disease, suicide and rape populated their songs, whose wry darkness grappled with what the world can do to the body, and what the body can do to stake its claim to survival in a toxic environs. The band's irreverent and darkly playful stance toward the horrors of life under post-industrial capitalism echoes in generations of musicians, from Depeche Mode and New Order to Death Grips and Pharmakon, who found symbiosis in the relationship between body and machine. If capitalism wears out the bodies of workers until they can be brutally disposed, industrial music appropriates the sounds of factories, machinery, and cities in a vision of spiritual resistance to systemic oppression.

A peer of Fakir Musafar, the American artist who led the modern primitive movement, a ritualistic body modification subculture, in the latter half of the 20th century, P-Orridge conceived of their own body as a canvas in a lifelong artistic project. They were extensively pierced and tattooed before such modifications became commonplace, and partook in performance rituals involving risky self-harm. "I have to make at least one cut on myself, and it has to be a cut that will scar, no matter how small," they said in an interview for Re/Search's 1989 book Modern Primitives. Like Musafar, P-Orridge sought the kind of visceral meaning that white, Western culture can lack, often by appropriating visual language (like tribal tattoos and dreadlocks) from black and indigenous cultures. "I was looking for some kind of devotion and holiness, but in a contemporary way, I was trying to rediscover what it is in our culture that's been taken from us," they said in 1994. Their sampling practice, which drew from fascist imagery, was ravenous, its results often bewildering as well as exhilarating. As much as P-Orridge's work sought to enact symbolic violence against whiteness, it also replicated colonialist weapons like cultural appropriation without explicitly challenging them.

Like many transgender artists, P-Orridge was known as much for their transition as their art; unlike most of their trans peers and successors, they saw no hard line between the two. Identity was not peripheral to their practice. In the late '90s, after moving from England to New York and marrying the dominatrix Jacqueline Breyer, P-Orridge and their wife began what they called the Pandrogeny Project — a lifelong journey toward becoming one being. Both P-Orridge and Breyer pursued cosmetic surgery to resemble each other. For P-Orridge, the project constituted a de facto gender transition in accordance with the androgyny they'd long felt. "S/he will be laid to rest with h/er other half, Jaqueline 'Lady Jaye' Breyer who left us in 2007, where they will be re-united," P-Orridge's daughters wrote in their Saturday statement. For both, it was a spiritual transformation, and a way of displacing heteronormative expectations. "Instead of having children... what if we made ourselves the new person instead?," P-Orridge asks in The Ballad of Genesis and Lady Jaye, Marie Losier's 2011 documentary about the project.

P-Orridge brazenly questioned power — but they also seemed to have reveled in it. In her 2017 autobiography Art Sex Music, Cosey Fanni Tutti details the harrowing physical, emotional and sexual abuse she says she endured from P-Orridge while the two were romantic and creative partners in the 1970s. (P-Orridge has denied the allegations.) Several former members of Thee Temple ov Psychick Youth, the "anti-cult" P-Orridge headed while in Psychic TV in the 1980s, have described them as an exploitative and domineering leader who actively sought out vulnerable teenagers to bring into their fold.

Even in death, P-Orridge and their legacy resist an uncomplicated summary. Their life's work troubles the line between oppressor and oppressed, sacred and profane, male and female, individual and collective, sublime and grotesque. They suffered, confronted, and also recreated and projected the violence this world wields against those deemed defective or excessive. A complex and overflowing figure, they leave behind words, images and music that have proved vital to the reimagining of pop music and gender alike. So many of us are better for the rot they inflicted on an environment that tried to snuff them out. So many of us — artists, musicians, and badly gendered truth-seekers — have thrived in their stain. They have left behind a pregnant body of work charged with confusion, contradiction, hideousness, and beauty. Even their absence shivers, electric.