Accessibility links
As The War On Terror Winds Down, The Pentagon Cuts Social Science The Pentagon is ending a controversial program to fund social science research. It's part of a shift from asking for academic advice toward building new weapons systems. 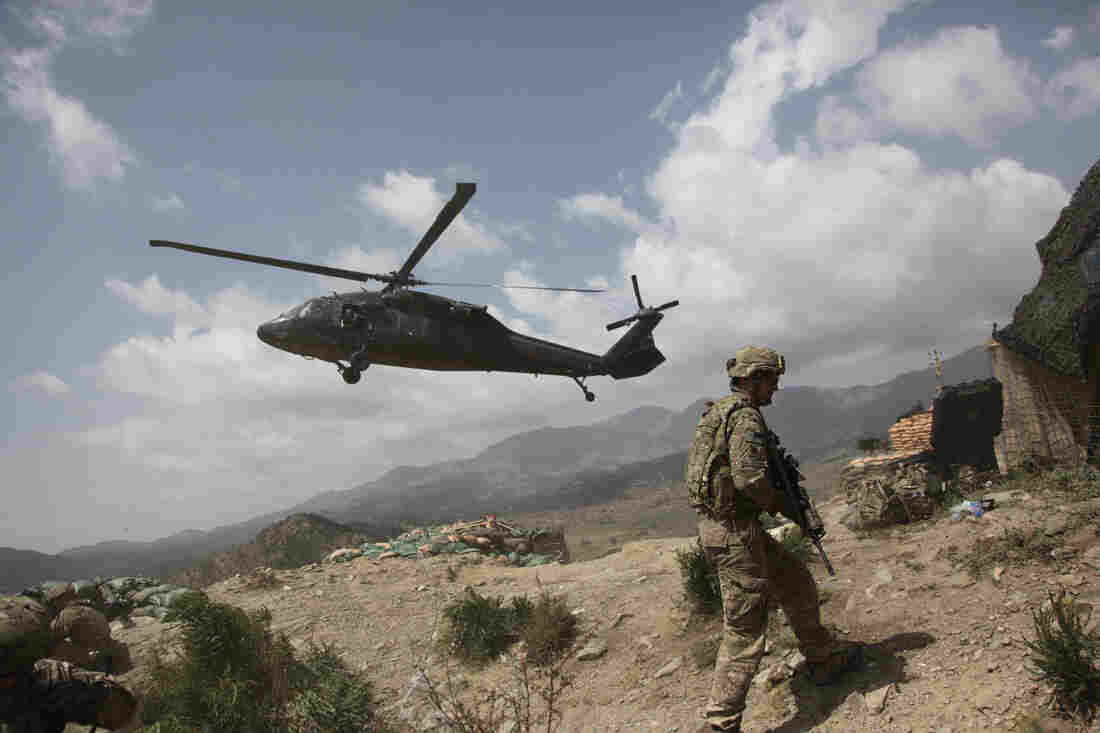 The Pentagon funded research into the social sciences as part of the wars in Afghanistan and Iraq. Now as those wars wind down, it's bringing one program to an end. Kevin Sieff/The Washington Post via Getty Images hide caption 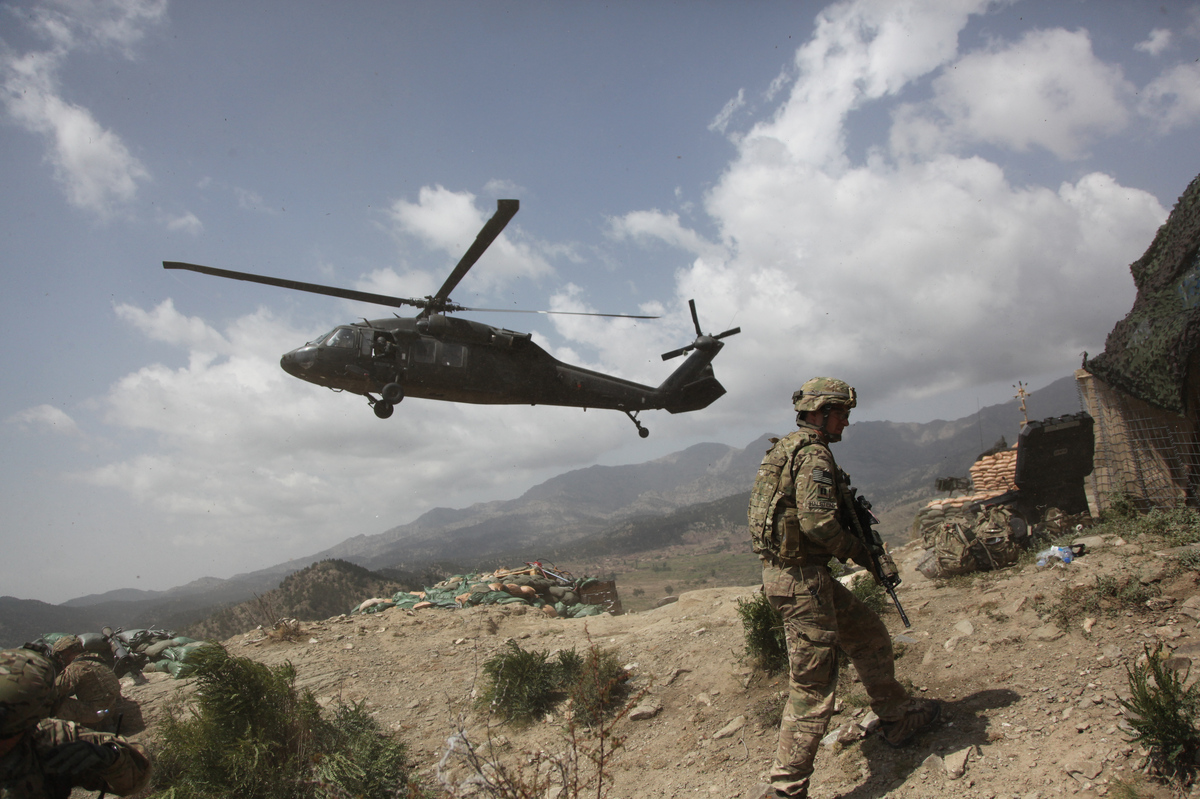 The Pentagon funded research into the social sciences as part of the wars in Afghanistan and Iraq. Now as those wars wind down, it's bringing one program to an end.

The fragile peace deal taking shape in Afghanistan could spell the end of an era of for the U.S. military, one marked by efforts at nation-building and winning hearts and minds.

It appears that the Pentagon is also intent on ending a research program from that era — to fund social science for the military.

The program, known as the Minerva Research Initiative, was controversial and never quite delivered, according to its critics. But it was also one of the few Pentagon initiatives that engaged outside researchers to tackle big questions. Some worry that by eschewing outside academics in order to invest in weaponry, the Defense Department risks stumbling into a new arms race.

"The idea that you would need to eliminate a small program because you need to buy some small fraction of a new missile is short-sighted," says Joshua Pollack, a scholar at the Middlebury Institute of International Studies in Washington, D.C. "It's penny wise and pound foolish."

Minerva began in 2008 at a time when the U.S. was trying to bring the wars in Iraq and Afghanistan under control. The idea was to call on anthropologists and other social scientists to help make those missions more successful.

"Counterinsurgency theory requires that you have some knowledge of the culture that you're trying to occupy or control in some way," says David Price, a professor of anthropology at St. Martin's University in Washington State. Price, who studies the history of social science's involvement with the defense establishment, describes that relationship as "mixed" over the years. During World War II, anthropologists did everything from translation to espionage. Anthropologists also participated in counterinsurgency operations in Vietnam, generating a great deal of controversy within the field.

More recent social science programs in the war on terrorism have proven deeply divisive. One Pentagon program known as the Human Terrain System ended in disaster after several researchers were killed in Iraq and Afghanistan. Psychologists working with the CIA contributed to interrogation practices that are now widely viewed as torture.

Minerva was far more academic. It gave grants to researchers in universities. Price says its military roots made it controversial among anthropologists, and he thinks it never really did deliver on the promise of using social science to win hearts and minds.

"The notion that you can get an occupied population to somehow accept this occupation or see it in their best interest ... that's a lot of weight to put on culture, when people very logically know that they're being occupied," he says.

Over the years, Minerva shifted its focus. More recent grants studied Russian disinformation campaigns and how to strengthen Western alliances. A 2019 review by the National Academies found that the research funded by Minerva was of high quality and that the program "has made important contributions."

The military announced it was ending the program in February. In a written statement, the Pentagon says Minerva was eliminated "to align more directly with the Department's modernization priorities."

Price says he reads that statement as part of general shift by the Pentagon's research arm, away from broad areas of inquiry and towards technology development programs. "Less money for humans, more money for robots," he says.

Under the Trump administration, the Pentagon has put more money towards things like hypersonic missiles--advanced weapons it believes can help to counter Russia and China.

The end of the Minerva program is about more than just shifting money into advanced technology, Pollack says. The Pentagon appears less interested than ever in ever in hearing from outside academics.

"It's not just a case of social sciences, it's scientific advice, generally," he says.

Last year, the Pentagon tried to disband a group of researchers known as the JASONs. They had given the Defense Department independent, sometimes critical evaluations of tough technical problems for years. The group later moved to the Department of Energy.

In the case of Minerva, the program is only around $15 million each year, sofa change for the Pentagon. Pollack worries that by favoring new hardware over academic advice, the Pentagon risks getting caught in an unproductive technological competition with Russia and China.

"The less we think about why we do things, and the more we're just determined to go ahead and do them, the more we get into trouble in national security," he warns.