Accessibility links
Elections Amid COVID-19: What You Need To Know Louisiana and Georgia have postponed their presidential primaries, but the four states scheduled to vote on Tuesday say they are moving forward. Here's what they're doing to keep voters safe. 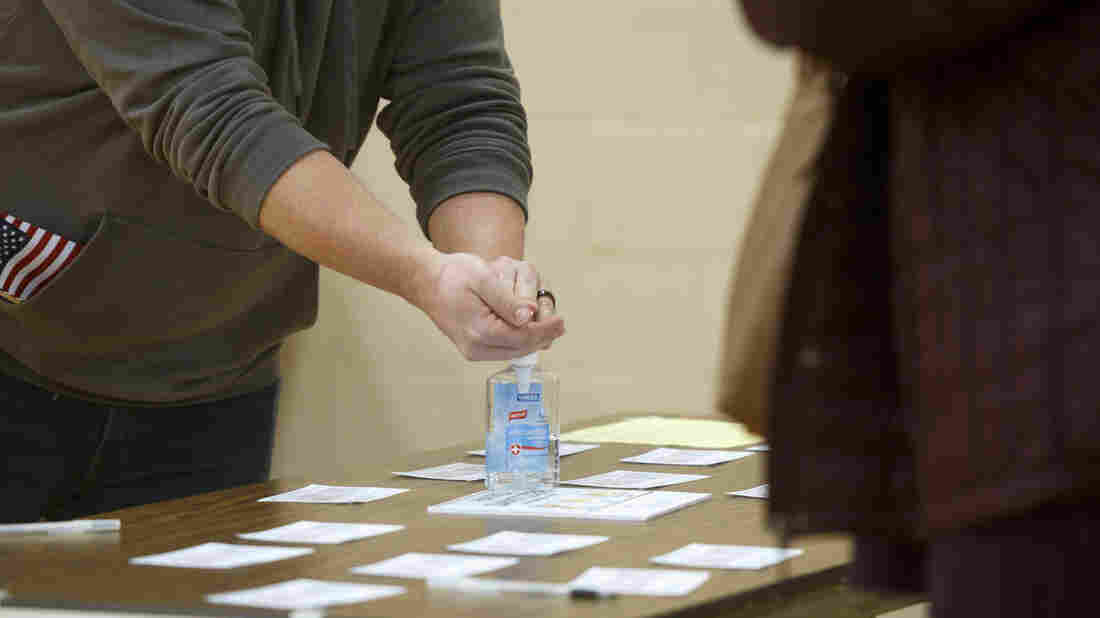 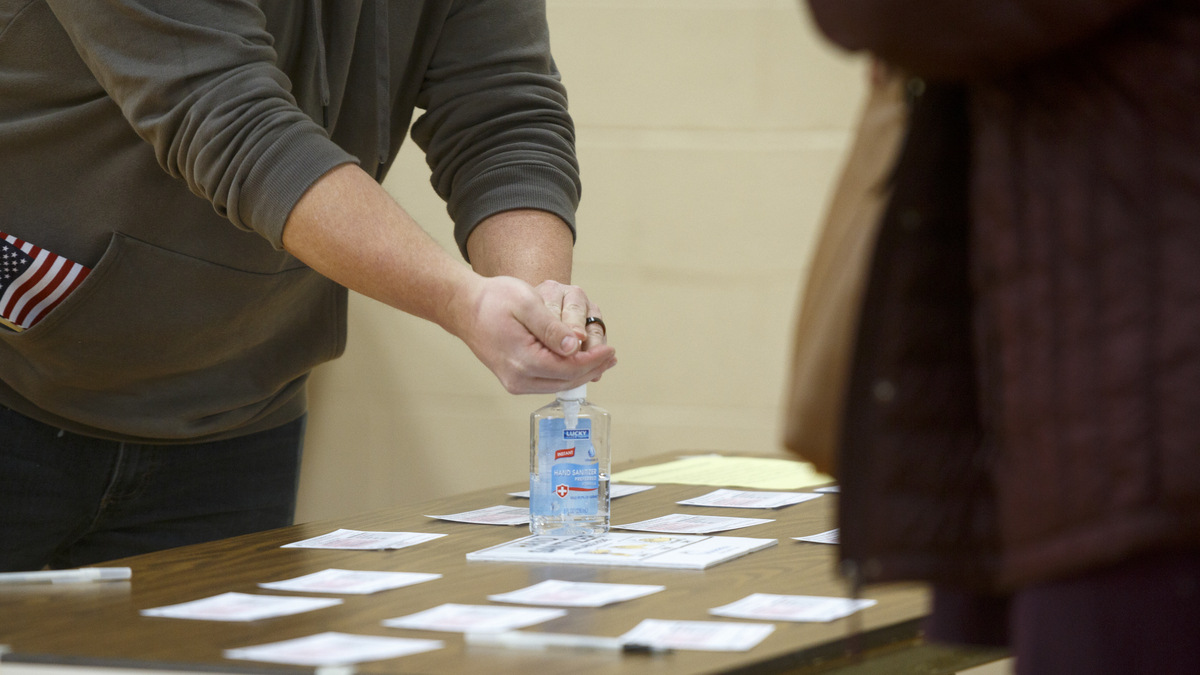 While much of the country has come to a standstill because of the rapidly spreading coronavirus, democracy, it seems, goes on.

Four states are set to hold their presidential primaries on Tuesday, and many more states and territories are currently scheduled to vote before the end of April.

Here are answers to three questions you may have about voting in the time of a pandemic.

At this point, the answer is yes. But like all of the decision-making around the coronavirus, the situation is fluid and could change.

The top election officials from the four states voting on Tuesday — Florida, Illinois, Arizona and Ohio — released a joint statement last week saying they were moving ahead with their primaries as planned.

4 Takeaways From The Biden-Sanders Debate During The Coronavirus Crisis

"Americans have participated in elections during challenging times in the past, and based on the best information we have from public health officials, we are confident that voters in our states can safely and securely cast their ballots in this election," the officials said.

Louisiana, however, became the first state to announce it was delaying its primary election, which was scheduled for April 4. The state will now vote on June 20. And Georgia, which was set to vote next Tuesday, on March 24, followed suit. It will now hold its presidential primary on May 19.

2. How will this affect in-person voting?

While precincts have had to stock up on hand wipes and disinfectants in the elections that have taken place over the past few weeks, there hasn't been a noticeable decrease in turnout because of fears about the coronavirus.

Six months ago, Edwards said her office was planning on a turnout rate of 40% to 50% for the primary but is now expecting roughly half that.

Like other counties in the state, her office has had to deal with poll workers backing out of working the election and has had to move four precincts because the original locations didn't want voters coming in.

In one instance, Edwards says her office was dropping off voting equipment when the host said, "Oh no, we don't want those voters here."

More than 30 counties in Ohio have also relocated polling locations, according to the secretary of state's office.

"There are moments that you feel as though the floor is crumbling underneath you," said Edwards, who has overseen Polk County's elections for 20 years.

Early in the week, she compared the situation to an election-time hurricane, which officials in the state are all too familiar with.

"But now I actually think it's worse, because a hurricane hits, you have damage, and then it's over. And then you get to rebuild," Edwards said. "What we're finding in this scenario is that the damage keeps coming."

Illinois Gov. J.B. Pritzker was one of many state officials last week urging voters to consider voting by mail instead of showing up at the polls.

"We encourage voters who choose that option to do so as soon as possible so they can get their vote-by-mail ballots in time to return them by mail by election day," he said.

Mail-in voting, after all, kept Washington's turnout rate above 40% in its primary last week, despite its being among the states hit hardest by the coronavirus and subsequent closures. Advocates say that if the entire country offered some sort of no-excuse mail voting, it would make the democratic process more resilient.

The reason Pritzker was pressing for urgency, however, is that voters in his state needed to request an absentee ballot by Thursday to be able to vote that way. In Florida and Arizona, the deadline was more than a week ago. In Ohio, it was Friday.

So voters who were planning to vote in person Tuesday in any of the four states have no other option at this point.

Voters who already have an absentee ballot in any of those states have until at least Tuesday to get it to their elections office.

But for those in states that vote in April, there is probably still time to request an absentee ballot. You can check your deadlines here.