Accessibility links
Coronavirus Pushes States To Revamp Voting Places Ahead Of Tuesday Primaries Voting sites have been relocated away from senior living facilities, new cleaning protocols for election equipment are in place and absentee voting is strongly encouraged. 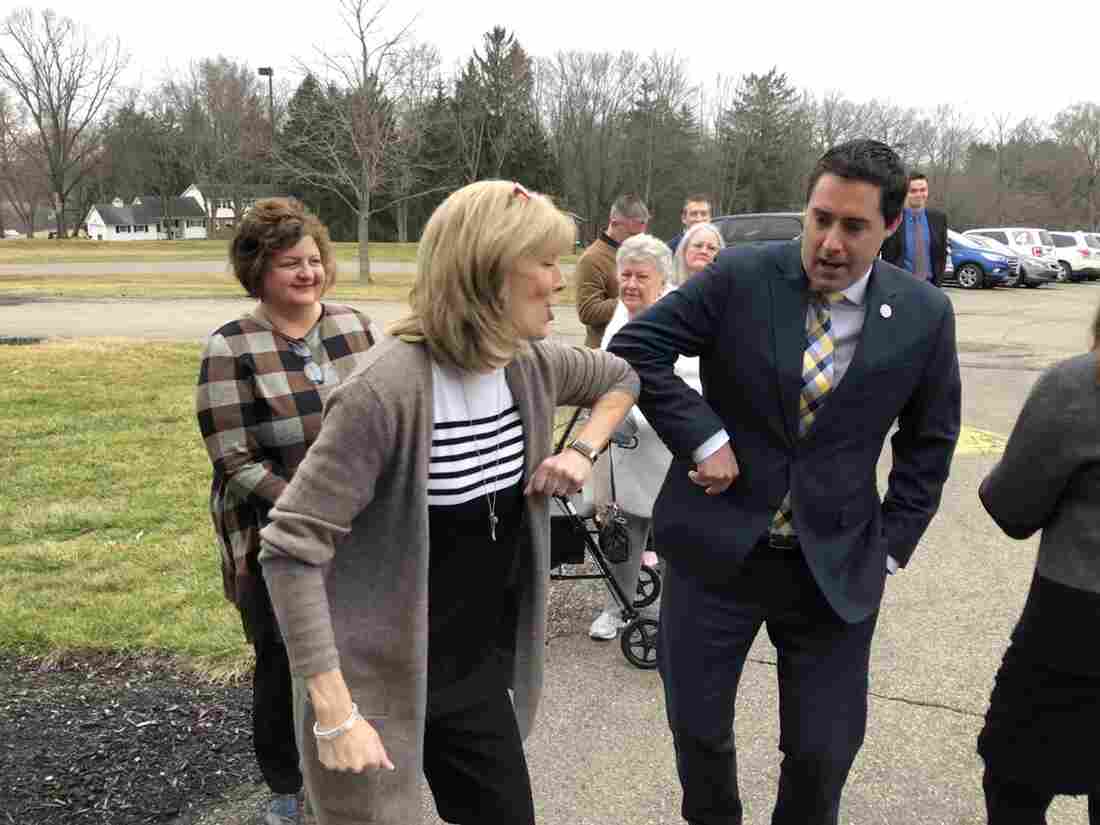 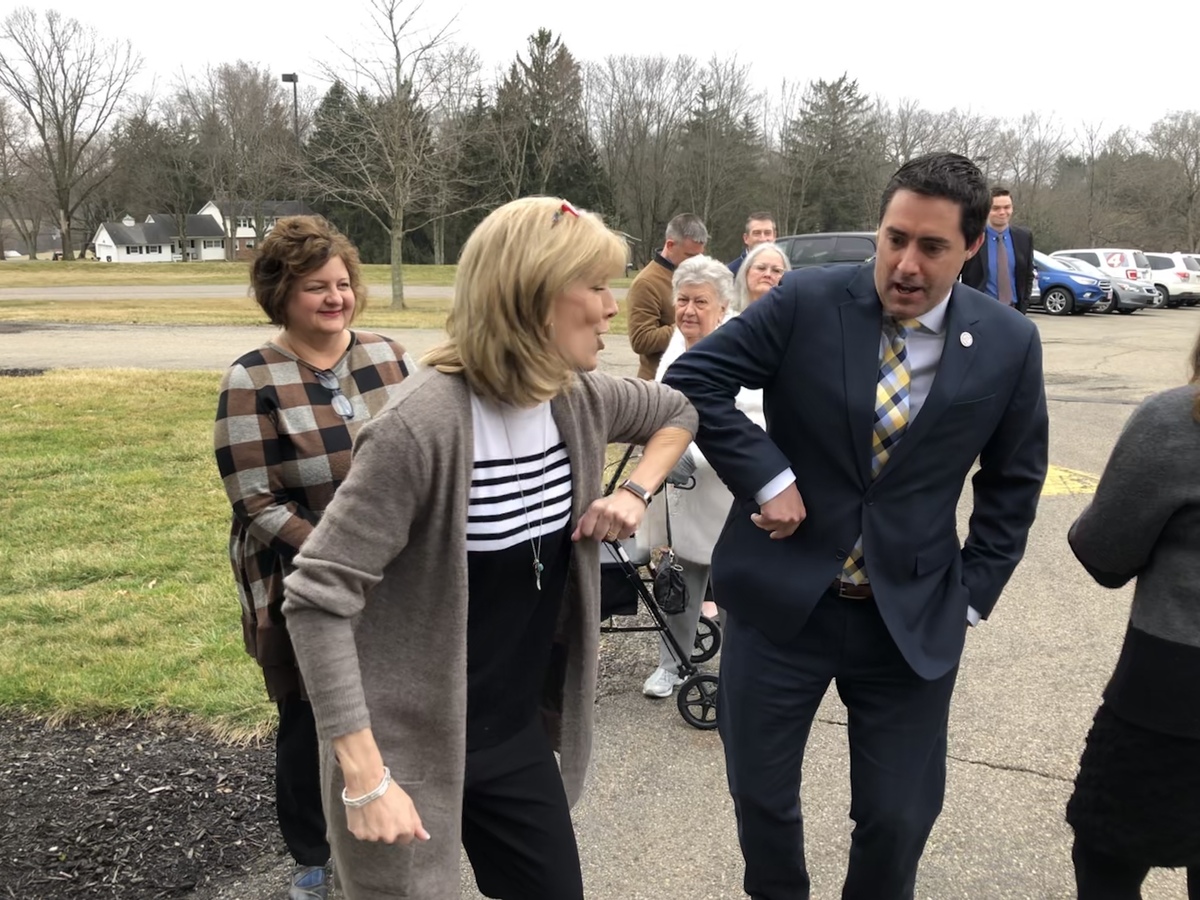 The coronavirus outbreak has already led Georgia and Louisiana to postpone upcoming primary elections, but leaders in four states — Arizona, Florida, Illinois and Ohio — that vote on Tuesday say they will continue as planned.

Some states are considering whether it's possible to send mail-in ballots to every eligible voter for contests in April and beyond in order to reduce in-person voting and reduce the possibility the virus could be transmitted at polling places.

"It's going to be a state-by-state question on whether or not people can ramp up in time," said Tammy Patrick, a former election official from Arizona now with the Democracy Fund. She says some states are in a much better position than others because they already do a lot of voting by mail.

But that option wasn't open to the quartet of big states voting Tuesday, given the speed with which the coronavirus became a national public health emergency.

Last week, Ohio ordered the relocation of 163 voting sites located in senior homes to protect the residents, who are disproportionately vulnerable to COVID-19, the disease caused by coronavirus. 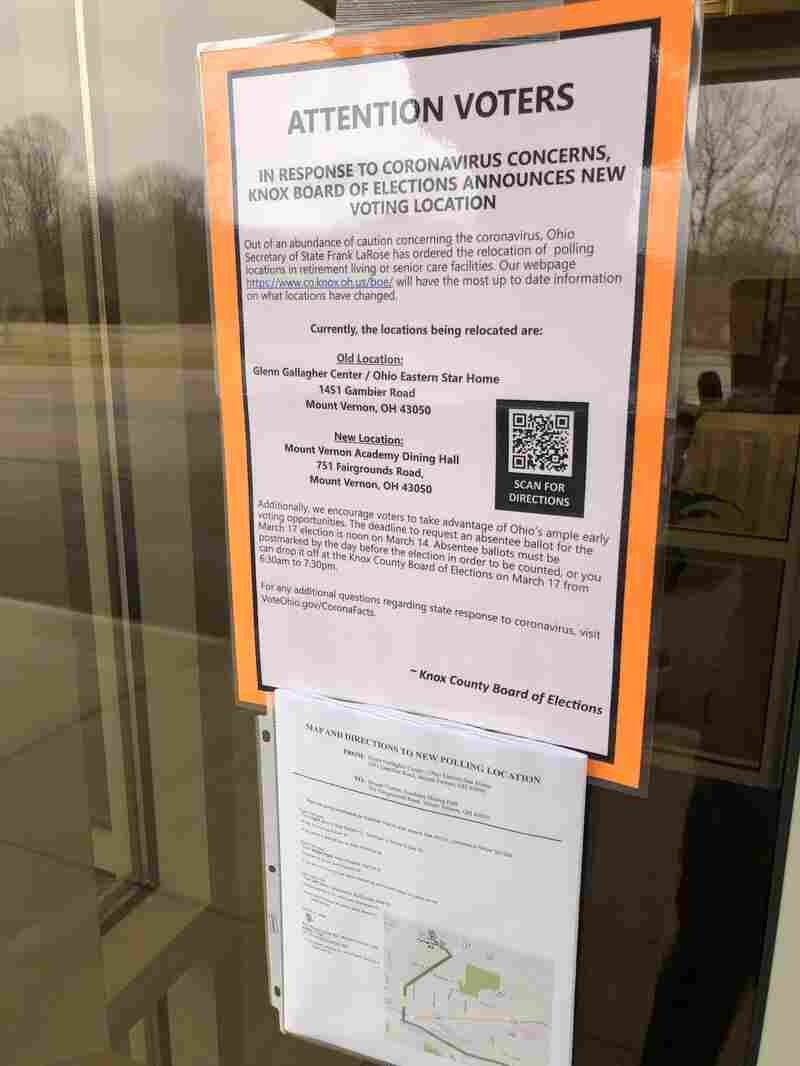 A sign in Franklin County, Ohio, warning voters that a polling place has moved because of the coronavirus outbreak. So far 163 voting locations in Ohio have been moved out of senior living facilities. Andy Chow/Ohio Public Radio hide caption 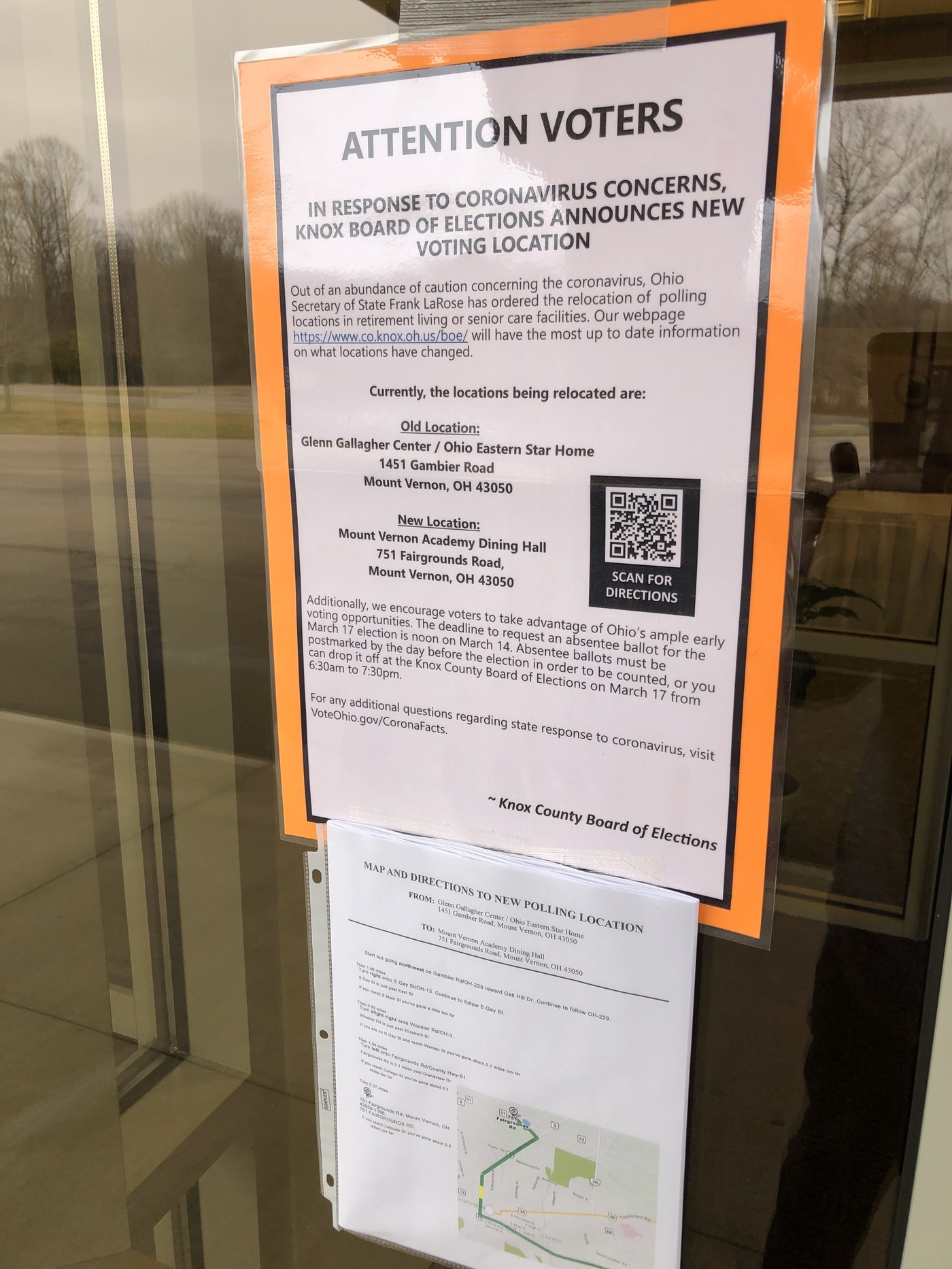 A sign in Franklin County, Ohio, warning voters that a polling place has moved because of the coronavirus outbreak. So far 163 voting locations in Ohio have been moved out of senior living facilities.

"It was a difficult decision," said Secretary of State Frank LaRose, who issued the order. "It required a lot of work by our county boards of elections, and as elections officials tend to do, they rose to the occasion."

In Ohio, not only have election officials moved every voting site, but bipartisan teams from county boards of elections have hand-delivered absentee ballots to nursing home residents and in some cases are deputizing facility employees to avoid running afoul of laws against ballot tampering.

Officials in Illinois have extended early voting hours to reduce the crowds at polling places but insisted Tuesday's vote will go forward.

"It's too important. We're going to go on having elected officials. Well, you've got to elect them," said Peg Rosenfield, who lives at the Thurber Tower Senior Living Center in Columbus, Ohio, and said she's impressed with election officials' efforts.

Rosenfield, a longtime voter rights advocate, described how every year she and her fellow 450 residents go to the home's auditorium to cast their ballot.

As in many other states, Ohio's election workers have stocked up on cleaning supplies to periodically wipe down voting machines with disinfectant and are offering voters hand sanitizer before and after they cast their ballot.

Despite all these efforts at reassuring voters and poll workers, the worsening coronavirus outbreak has presented a myriad of challenges, said Franklin County Board of Elections spokesperson Aaron Sellers.

"We are losing poll workers late in the process," says Sellers, noting about 200 poll workers in the county dropped out over just two days. "You know, we're trying to, you know, reach out to anybody that we can to get some additional poll workers to fill in the spots that are opening up."

The secretary of state's office has set up a statewide website to recruit new poll workers and has signed up more than 1,000.

The risk the virus presents to poll workers, many of whom are retirees, was the primary reason cited by Louisiana Secretary of State R. Kyle Ardoin when he postponed that state's primary last week from April 4 to June 20.

"We just weren't certain that we would be able to assure them enough supplies to be protected. So we thought a delay was in order," Ardoin told NPR's All Things Considered on Friday.

Wisconsin is scheduled to hold its primary on April 7, and officials in Milwaukee are trying to recruit younger poll workers to replace some of the older workers. According to Wisconsin Public Radio, more than half of Milwaukee's poll workers are older than 60.

The outbreak has prompted some to volunteer their time in other ways as well. Mary Van Nortwick, who lives in the Kendal at Oberlin retirement community in northeast Ohio, decided to help people who couldn't leave their home after the community was closed to visitors.

"I took a lot of absentee ballot request forms today to the local board of elections," Van Nortwick says.

Another big issue in Ohio and elsewhere: all of the displaced college students who often vote where they go to school. Election officials are encouraging those students to get a mail-in ballot or to make the trip back to campus to vote in person.