Accessibility links
Dow Plunges Nearly 3,000 Points As Coronavirus Impact Broadens The Dow tumbled nearly 13% after the Federal Reserve aggressively cut interest rates to near zero and as the nation imposed more restrictions in an effort to curb the spread of the coronavirus. 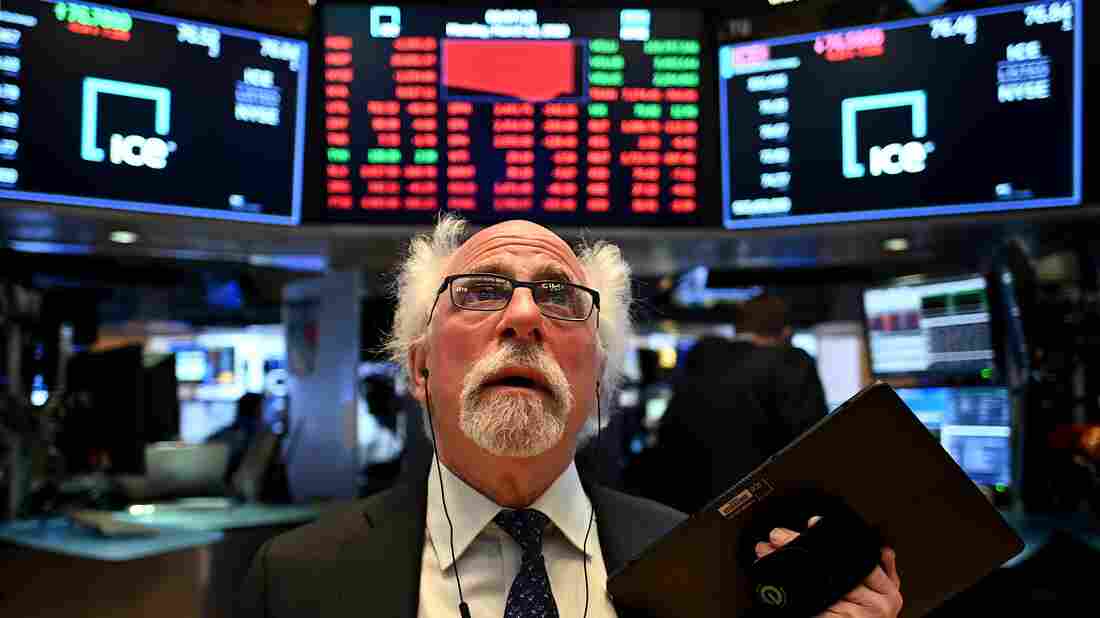 Markets are falling sharply, even after the Federal Reserve aggressively cut interest rates to near zero. Johannes Eisele/AFP via Getty Images hide caption 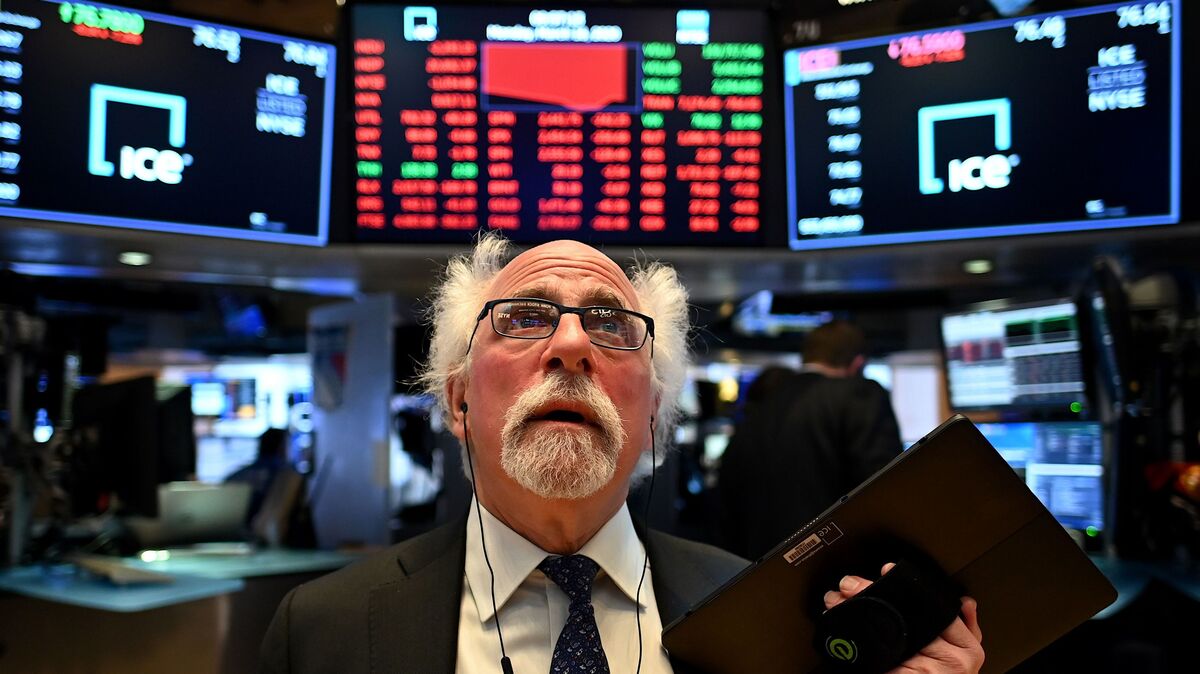 Markets are falling sharply, even after the Federal Reserve aggressively cut interest rates to near zero.

U.S. stock indexes fell sharply Monday, a day after the Federal Reserve aggressively cut interest rates to near zero in a bid to stop the economy from crashing. The Dow Jones Industrial Average dropped 2,997.20 points, or about 13%, as coronavirus measures rapidly expanded. The S&P 500 index lost nearly 12%.

The Dow's breathtaking drop Monday was the biggest since the Black Monday crash of October 1987, when the blue chip index lost 22%.

The deep stock market sell-off reflects broad concerns that despite these economic measures, the U.S. economy is likely heading toward a recession.

Many parts of the economy have abruptly come to a standstill. On Monday afternoon, most of Bay Area shut down from a directive. San Mateo Mayor Joe Goethals said only police and fire departments, hospitals, grocery stores, pharmacies and a few other businesses will be allowed to remain open.

In the rest of the country, government orders temporarily closed restaurants and bars in New York City, Los Angeles and Chicago and recommendations to ban groups of more than 10 people have been among the latest attempts to stem the spread of the coronavirus.

CDC Recommends Against Gatherings Of 50 Or More, As States Close Bars And Restaurants

The hard-hit airline industry is seeking $50 billion in aid and loans from the federal government. "The rapid spread of COVID-19, along with the government and business-imposed restrictions on air travel, are having a unprecedented and debilitating impact on U.S. airlines," the industry group Airlines for America said.

In an afternoon news conference, President Trump said "we're going to back the airlines, 100%."

Leaders of the Group of Seven — the U.S., Canada, France, Germany, Italy, Japan and the United Kingdom — agreed to work together to speed up and coordinate the global response to the pandemic.

"We are mobilizing the full range of instruments, including monetary and fiscal measures, as well as targeted actions, to support immediately and as much as necessary the workers, companies, and sectors most affected," the G-7 said in a statement.

The S&P 500 index continued to fall after temporary trading halts were lifted on the New York Stock Exchange Friday morning. A 7% drop in the S&P 500 automatically forces trading to stop for 15 minutes, which has happened three times in the past week.

On Sunday evening, the Fed took the extraordinary move of cutting rates by 1 percentage point to near zero. The last time it moved rates that low was in 2008, during the financial crisis.

"The effects of the coronavirus will weigh on economic activity in the near term and pose risks to the economic outlook," the Fed said in a statement.

The drops on Wall Street follow steep falls in Europe, where stock indexes were down as much as 11% Monday.

In cutting its key interest rate to near zero, the Fed has not left itself much room to act on rates in the future. It has basically given up a major policy tool — one that it would need if the economy tumbled into recession.

The Fed also said it will buy $700 billion of Treasurys and other government securities to help grease the financial markets. It took similar steps, known as quantitative easing, during the financial crisis.

The Fed said it's "prepared to use its full range of tools to support the flow of credit to households and businesses."