Accessibility links
Stores, Resorts, Theaters Shut Down To Stem Coronavirus Retailers, bars, restaurants, gyms, ski resorts and many other firms are closing their doors. Millions of small businesses could be in trouble as they run out of cash. See a list of what's closed. 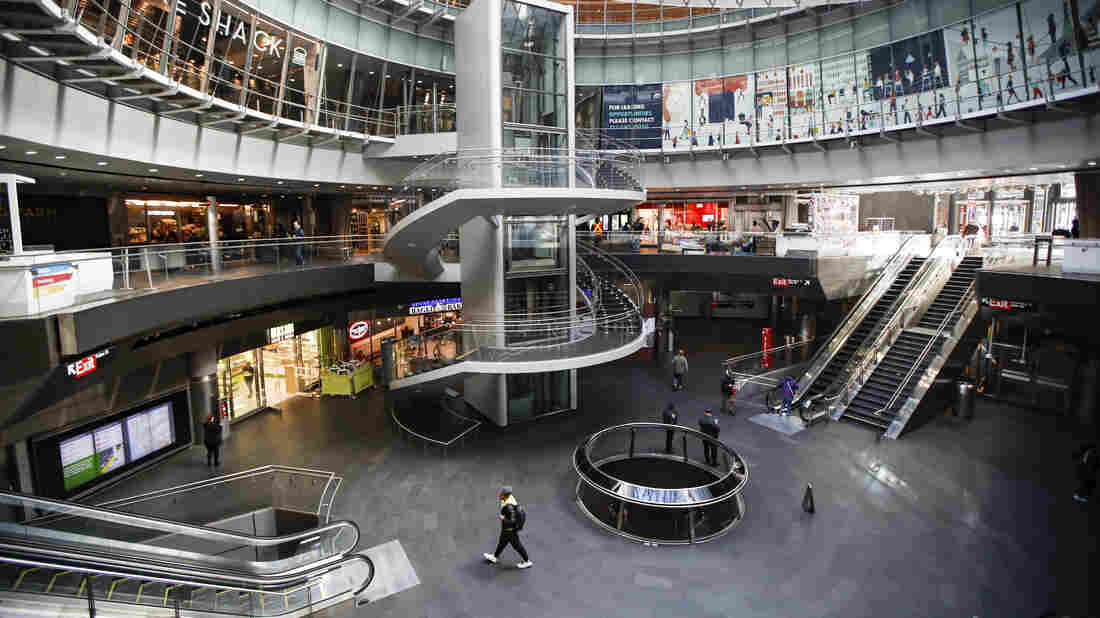 A pedestrian passes a nearly empty subway and retail complex in lower Manhattan as businesses are closed due to coronavirus concerns on Monday. John Minchillo/AP hide caption 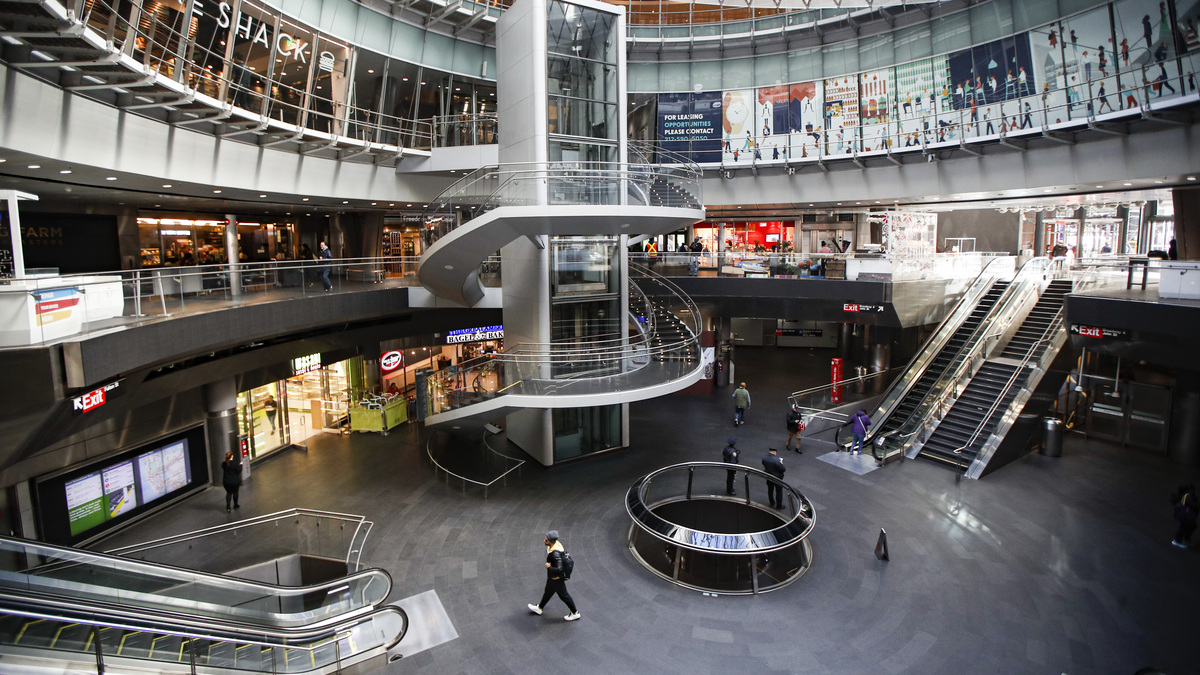 A pedestrian passes a nearly empty subway and retail complex in lower Manhattan as businesses are closed due to coronavirus concerns on Monday.

In an unprecedented attempt to contain the coronavirus outbreak, thousands of stores and other businesses are closing their doors to customers.

Apple, Nike, Patagonia and scores of other retailers are closing thousands of stores across the country. In the nation's largest cities — New York City, Chicago, Los Angeles and San Francisco — officials said they were ordering restaurants, bars, and cinemas to close. Restaurants will be permitted to do takeout business.

Grocery stores and other retailers that sell food or basic supplies are staying open while limiting hours to allow for cleaning and restocking of store shelves.

But outside of that, American business of all kinds are closing their doors to customers.

Chairlifts and gondolas have stopped running as dozens of ski resorts in Colorado, Utah, Vermont and elsewhere have shut down. Starbucks is removing chairs from thousands of locations and only doing to-go business. And McDonald's is closing the dining rooms in thousands of company-owned stores and only serving customers at drive-thru windows.

Gyms in some states are being ordered to close as officials decide that rooms full of people working out and breathing hard isn't an acceptable risk. Casinos are turning out the lights on their slot machines and card tables. The water is not running down the slides at indoor water parks in California, Wisconsin and Pennsylvania.

"We will be closing all of our retail stores outside of Greater China until March 27," Apple's CEO Tim Cook said in a statement. Stores in China are re-opening as that country says it has contained the outbreak. Cook said working with China has helped Apple chart a course for its response in the rest of the world.

"One of those lessons is that the most effective way to minimize risk of the virus's transmission is to reduce density and maximize social distance," he said.

Many small businesses are struggling with the decision of whether to close too.

"It's been particularly hard as a small business owner to know what to do because I feel like I'm the one making the decisions for myself and my family and my clientele," says Alanna Quan, who runs a hairdressing business outside of Los Angeles. 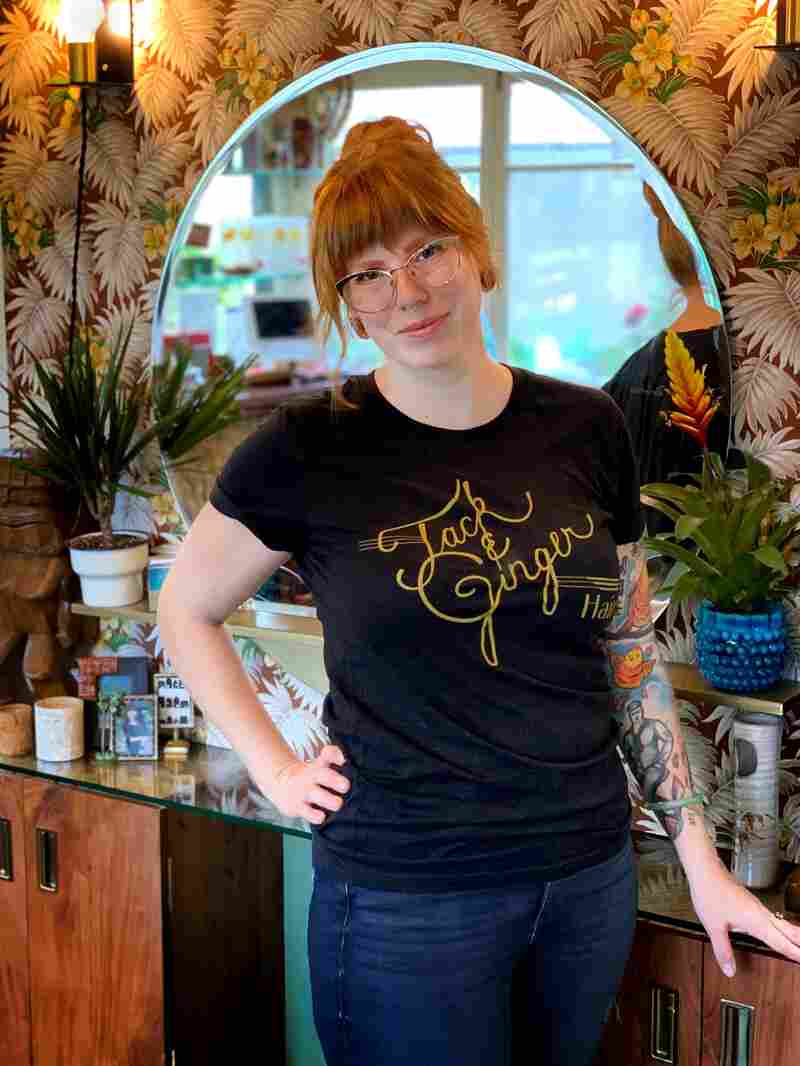 Alanna Quan closed her hair salon outside of Los Angeles. "It's a huge decision because it's half of our income for our family," she says. Her husband works for a small business as well. "So we're very concerned about his job, his hours," Quan says. Courtesy of Alanna Quan hide caption 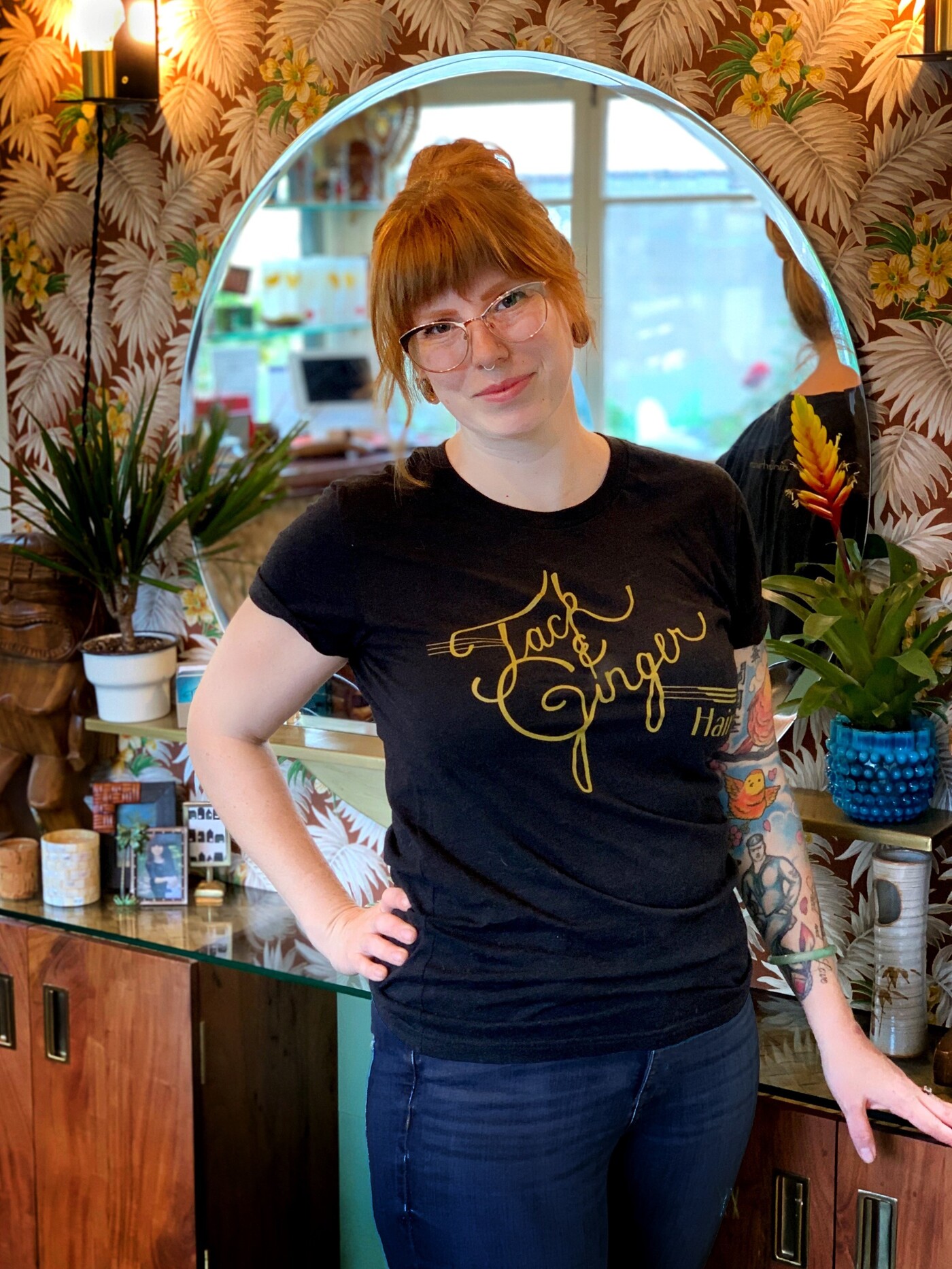 Alanna Quan closed her hair salon outside of Los Angeles. "It's a huge decision because it's half of our income for our family," she says. Her husband works for a small business as well. "So we're very concerned about his job, his hours," Quan says.

"Honestly, a lot of my clientele decided for me," she says. "They all started pushing their appointments back. So by the time the vast majority of my clients who were scheduled for March and early April pushed back to late April and May, I decided to close the salon."

Small businesses are particularly vulnerable — many don't have enough cash on hand to survive an extended shutdown. And if a lot of small businesses get hurt, that can be very damaging for the overall economy.

"Half the people who work in this country work for or own a small business," says Karen Mills, who headed the Small Business Administration after the financial crisis. "In 2009, when I took office in the first quarter, we lost 1.8 million small business jobs."

Many smaller companies can't survive an extended shutdown without help, she says.

"Their average cash buffer is about 27 days, and for restaurants and some Main Street businesses, it's even less," she says. So she says if you shut the door, you, "turn off the spigot of all the cash coming in and you're still paying employees and other expenses like rent and your loan payment, then pretty soon you run out of money and it's not a very long time frame."

In one sign of just how suddenly some companies decided to shut down operations, Matt Denner, who lives in Des Moines, said he called on Thursday night to try to cancel a cruise he and his girlfriend were set to sail on starting Saturday.

"Royal Caribbean told us that we could not cancel it," he says, because they had just missed the deadline to cancel up to 48 hours in advance and still get a refund. So Friday they flew to Puerto Rico, but when they got there they were told the cruise line had cancelled all trips for the next month.

Denner says the cruise lines and other tourism companies "just were completely unprepared."

The U.S. Chamber of Commerce Monday called upon lawmakers for more action.

The U.S. Chamber is proposing to suspend some rules and regulations to make it easier and faster for small businesses to be able to get the emergency loans some will need to survive.

And it's asking the government to cancel payroll tax payments from March through April so business can keep that money.