Accessibility links
Federal Courts Scramble To Adapt To Disruptions From Coronavirus Pandemic From delaying trials to relying more on videoconferencing, courts are attempting to carry on their work amidst the national response to the outbreak. 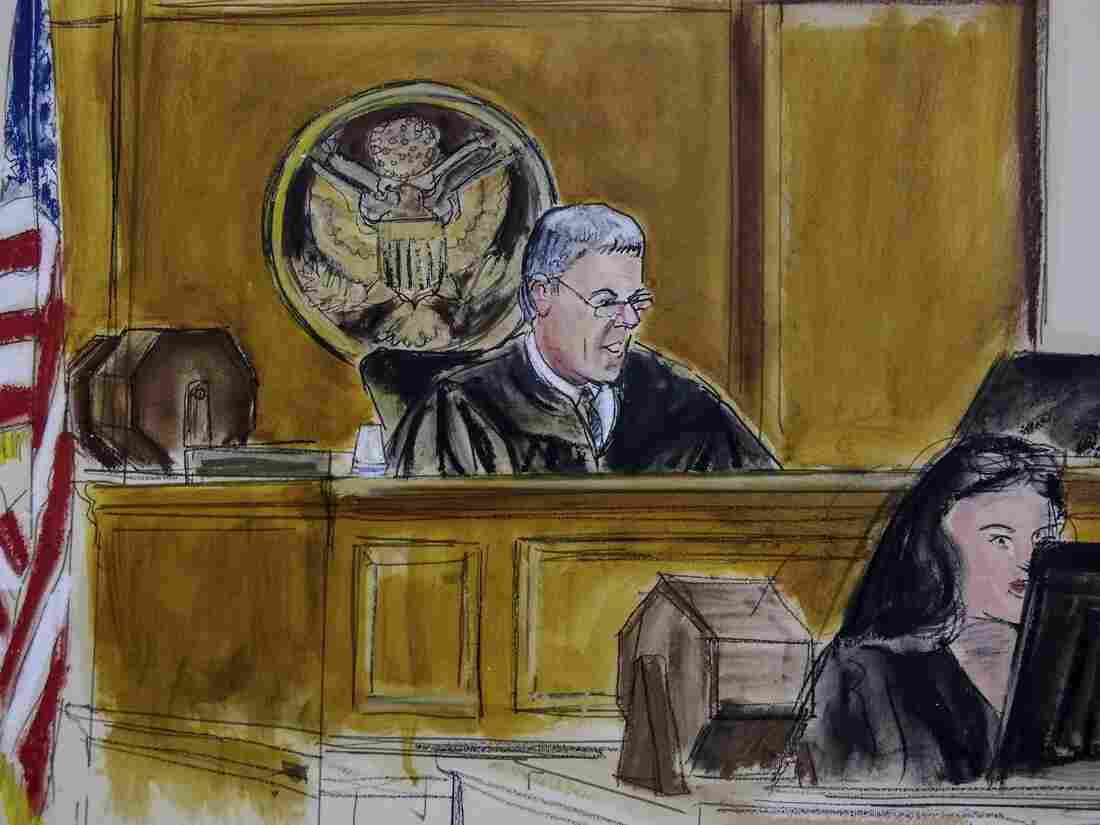 Magistrate Judge Stewart Aaron presided over a hearing in New York City last year as depicted in this courtroom sketch. Judges and courts are scrambling to adapt to the pandemic. Elizabeth Williams/AP hide caption 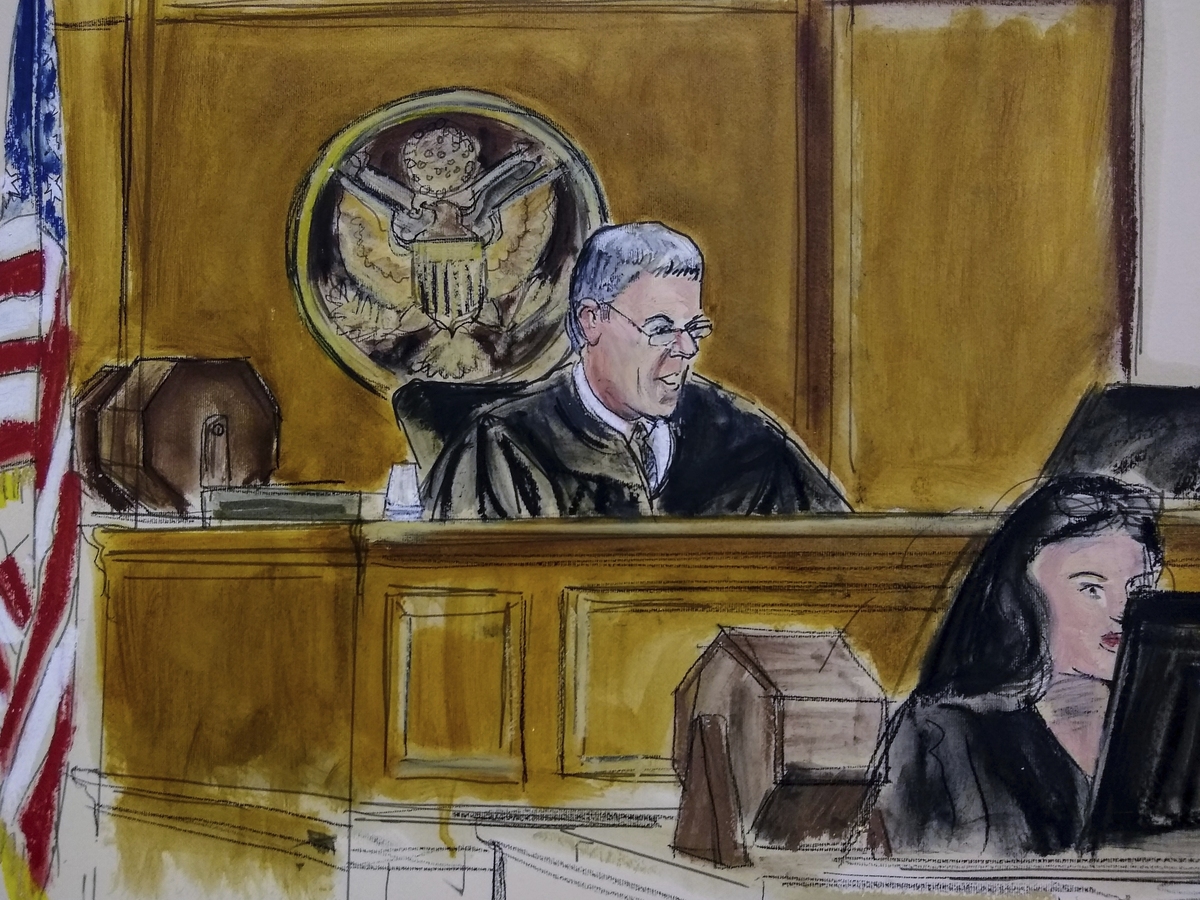 Magistrate Judge Stewart Aaron presided over a hearing in New York City last year as depicted in this courtroom sketch. Judges and courts are scrambling to adapt to the pandemic.

Federal courthouses across the United States are taking steps large and small — including postponing trials and moving courtroom hearings to video conferences — as officials scramble to curtail public gatherings and limit the spread of the coronavirus.

The impact on the federal court system is just one of a thousand ways in which the virus is dramatically altering life in the U.S. and across the world.

Sporting events have been canceled, restaurants ordered temporarily shut to dine-in customers and schools have been told to close for weeks.

The most dramatic effect so far on the federal judiciary was the Supreme Court's decision Monday to postpone oral arguments scheduled through April 1.

The court says that decision was not without precedent, noting that it postponed arguments in 1918 during the Spanish flu epidemic and also shortened its calendar in 1793 and 1798 because of yellow fever.

But there are 94 district courts and 13 circuit courts that also are grappling with how to handle the crisis. Last week, the Administrative Office of the U.S. Courts put together a task force to share information and guidance as the crisis ripples across the country.

That body includes representative from the U.S. Marshals Service — which helps secure judges and courts — the Federal Occupational Health and other federal partners, the Administrative Office said.

But there is no blanket decision that covers all district and circuit courts. Instead, each is crafting its own response in coordination with state and local health officials.

In the Southern District of New York, for example, all criminal trials scheduled to begin between Monday and April 27 have been postponed, according to an order from Chief Judge Colleen McMahon. Trials that have already started will continue, and grand juries will remain at work as well.

The district said judges may hold hearings and status conferences at their own discretion — but they've been encouraged to do so by phone or video conference.

There are more than 900 confirmed coronavirus cases in New York state so far, and officials there have taken increasingly dramatic steps in recent days to try to curb the virus' spread.

On the other side of the country, courts in the Western District of Washington, which is home to the hard-hit city of Seattle, Chief Judge Ricardo S. Martinez postponed all civil and criminal matters that require an appearance in court.

While many districts opted for similar measures, some have largely left operations intact.

That's the case in the Northern District of Ohio, with operations in Toledo, Cleveland, Akron and Youngstown, where it's essentially business as usual.

In a notice on its website, the court says visitors entering courthouses should inform a security guard if they have flu-like symptoms. Guards may deny the visitor access. People allowed in are being provided a protective mask.

Anyone scheduled to appear at court, including for jury duty and naturalization, is told to contact the appropriate office for instructions.