Accessibility links
Interview: Angelica Garcia On 'Cha Cha Palace' And Celebrating Her Roots NPR's Noel King speaks with the singer-songwriter about her new album, a love letter to her Mexican and Salvadoran roots as well to as her childhood on the eastern edge of Los Angeles. 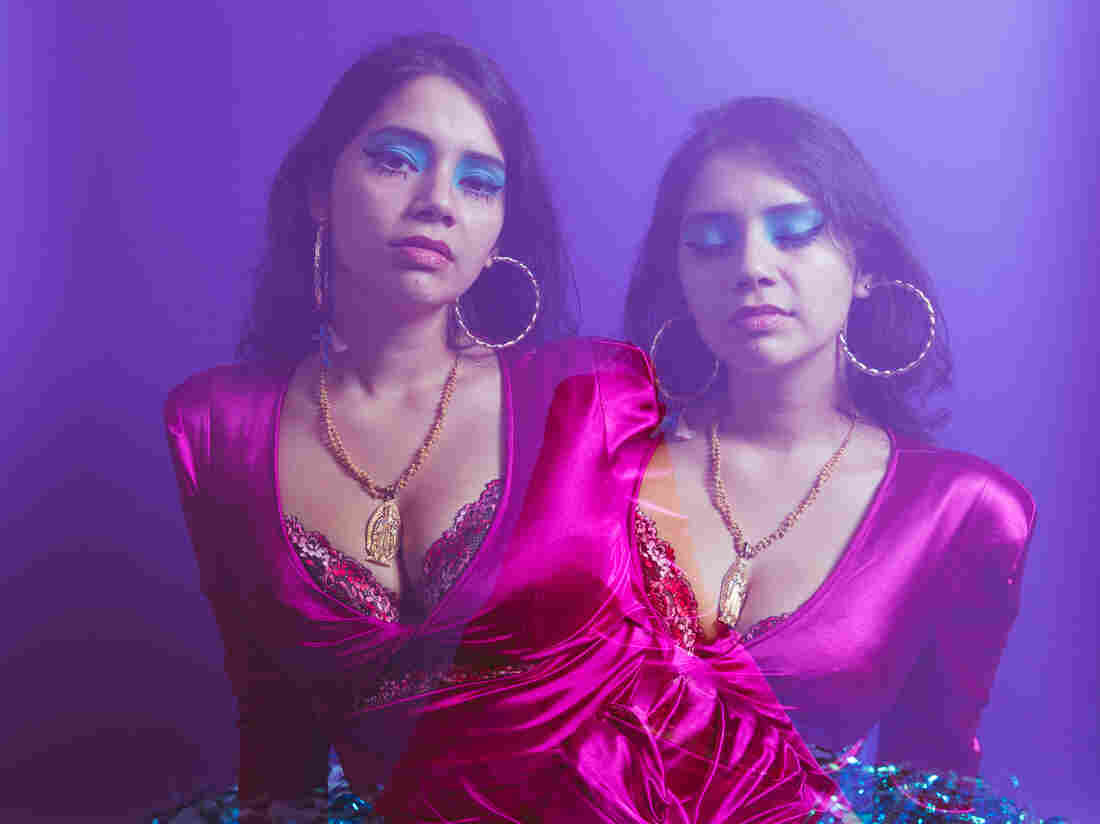 Angelica Garcia's new album, Cha Cha Palace, is a celebration of her Mexican and Salvadoran roots and her childhood on the eastern edge of Los Angeles. Myles Katherine/Courtesy of the artist hide caption 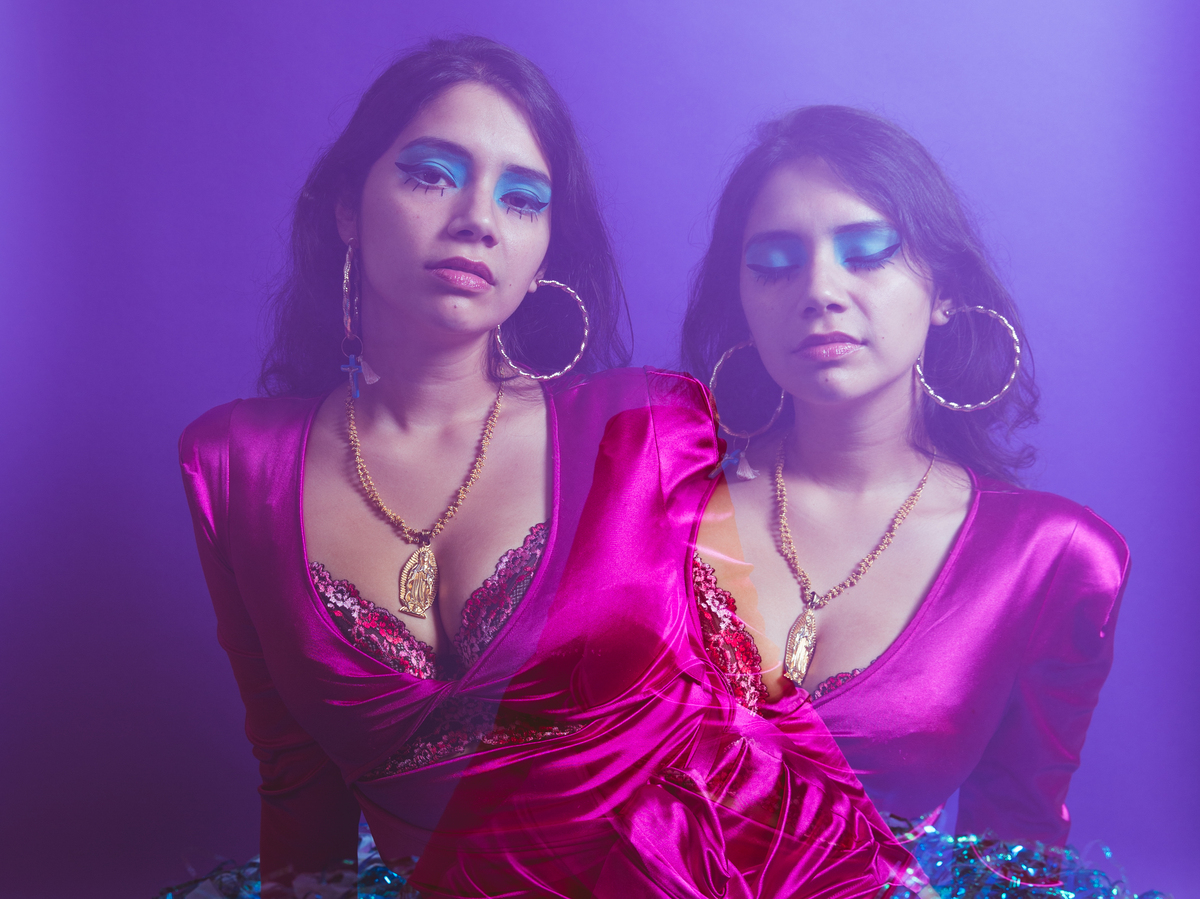 Angelica Garcia's new album, Cha Cha Palace, is a celebration of her Mexican and Salvadoran roots and her childhood on the eastern edge of Los Angeles.

Myles Katherine/Courtesy of the artist

Angelica Garcia says she sometimes feels like two people. To understand that sentiment, look at her first two albums. Her first release, 2016's Medicine for Birds, was a bluesy country record: She sang about the South, about Loretta Lynn, about her adopted home of Virginia. Her new album Cha Cha Palace, however, is all about her East Los Angeles upbringing and her Latinx identity.

Garcia's mother — also named Angelica — is Mexican and Salvadoran, and her father is Mexican. She calls herself "Salva-Mex-American," and in El Monte, Calif., the city east of Los Angeles where she grew up, that was the local culture: Grandmas cooking, chain-link fences, jaywalking to the corner store, someone saying a prayer when you went on a date. Then, when she was 17, Garcia's family moved to Virginia, and all of a sudden she wasn't like everyone else. On her new album, you can hear a young woman who is tired of being seen as an outsider, or just not being seen.

"I felt like I would play for an audience and no one in the crowd would look like me," she says. "And it was very frustrating."

NPR's Noel King spoke to Angelica Garcia about embracing her Salva-Mex-American identity on her new album, growing up in a musical family and confronting stereotypes. Listen in the player above, and read on for highlights.

On her introduction to music through her family

I started singing as a child, really. My mother was also a singer, and her and my aunt and my uncle all used to sing ranchero music — Mexican folk music — and they would perform at rodeos and clubs in L.A. when they were kids. I kind of grew up in this family that all had basically been singing together their whole life, so it felt very natural and very normal for me to join my voice into the harmony and find my place amongst them. I thought it was totally normal; I thought all families brought out a guitar and everything at parties.

On the song "Jícama," about feeling stereotyped and singled out

The lyrics are like, "I see you, but you don't see me / Jícama, jícama, guava tree." And that comes from [something] my grandmother told me, that when we walk in a room we have a guava on our forehead. She was trying to say that we get stereotyped. That came from my time living in Virginia, and a lot of times I felt like I would play for an audience and no one in the crowd would look like me. It was very frustrating; it made it feel hard to connect with people who were listening to the music, like they didn't really get what I was trying to do. And so that's why I chose to be so blunt on "Jícama.": I felt like there was a really big cultural gap sometimes.

On the reaction to shifting her music toward her Latinx roots

Something about stereotyping is that it can really be so subtle — and I think people forget that. It can be as subtle as saying, "Well I don't get your kind of music." It doesn't always have to be such a blatant display of racism; it was more like actions that made me feel like I wasn't understood. I just remember people saying, "This stuff isn't as good as what you did before." That's a tough one because it's like, people are obviously allowed to have their opinions. [But] the new music is so rooted in where I come from that that felt like someone trying not to understand.

I feel like our country is kind of confused sometimes about what an "American identity" is. And the truth is that there is no one face. In some pockets, in some communities, you see more of certain types of faces than others, and so the idea is if you're one of the others, then you don't fit in. And I think that's really silly, and if anything it just makes me want to lean into my identity even more and talk about it louder.