Accessibility links
'Riverdance' Turns 25, But Has Put The Celebration On Hold — For Now The Irish dance spectacle has been performed for audiences all over the world. The current production was polished for the anniversary, but has been postponed because of the coronavirus pandemic. 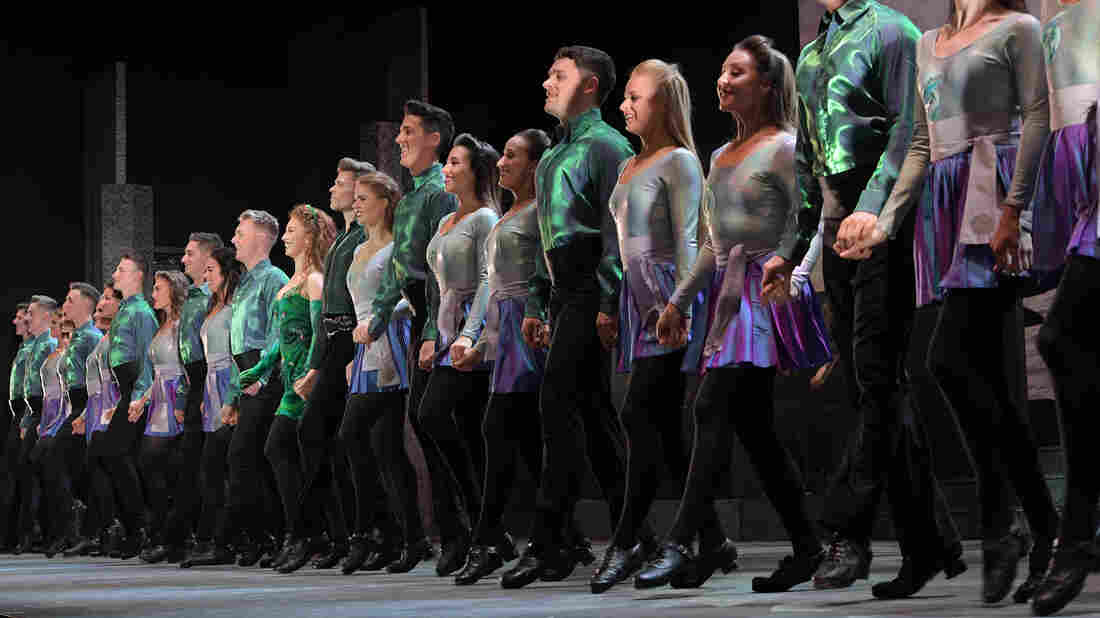 The current production of Riverdance was updated for its 25th anniversary. But performances have been postponed for the rest of the month because of the coronavirus pandemic. Jack Hartin hide caption

A few days before theaters were shut down due to concerns over the coronavirus pandemic, 6,000 people filled Radio City Music Hall for Riverdance, the Irish dance spectacle. The production, newly polished for its 25th anniversary, had been criss-crossing the nation, but now engagements have been postponed for the foreseeable future. With parades canceled, and bars shut down in some cities, it will be a very different St. Patrick's Day this year.

After the performance last week, the audience was buzzing. Donna Pennington, from New Egypt, N.J., says she first saw Riverdance 24 years ago. Now, she's come back with her daughter.

Pennington says this show was "just as good if not better," than the one she saw more than two decades ago. "It was wonderful," she says — and her daughter, Sarah, agrees.

John McColgan was one of the troika of Irish creatives who took a seven-minute dance segment on 1994's Eurovision song contest, and turned it into a two hour celebration of Irish and other international dance forms, that has been a global phenomenon.

"We took Irish dance from being a competitive, arms by the side, embroidered costumes and ringlets into what would be American sort of showbiz," McColgan explains. "It's about multicultural celebration; celebrating each other. It's about immigration and what you do when you meet other cultures, when you emigrate."

As a matter of fact, the company's associate director, Padraic Moyles, had emigrated from Dublin to the Bronx and was studying Irish dance when he saw the show at Radio City Music Hall as a teen.

"The lights went down, the music started, the dancers began to walk on — and I knew then and there I needed to be a part of this," he recalls.

So, at 17, he joined the company and worked his way up from the chorus to lead dancer. He performed with Riverdance for 18 years.

"I've been fortunate enough not only to tour the world, but have my wife with me, because we met in Riverdance," he says. "And we're one of 64 or 65 couples to meet in Riverdance, to marry and then to have children. So, our kids are two of 112 Riverdance babies." 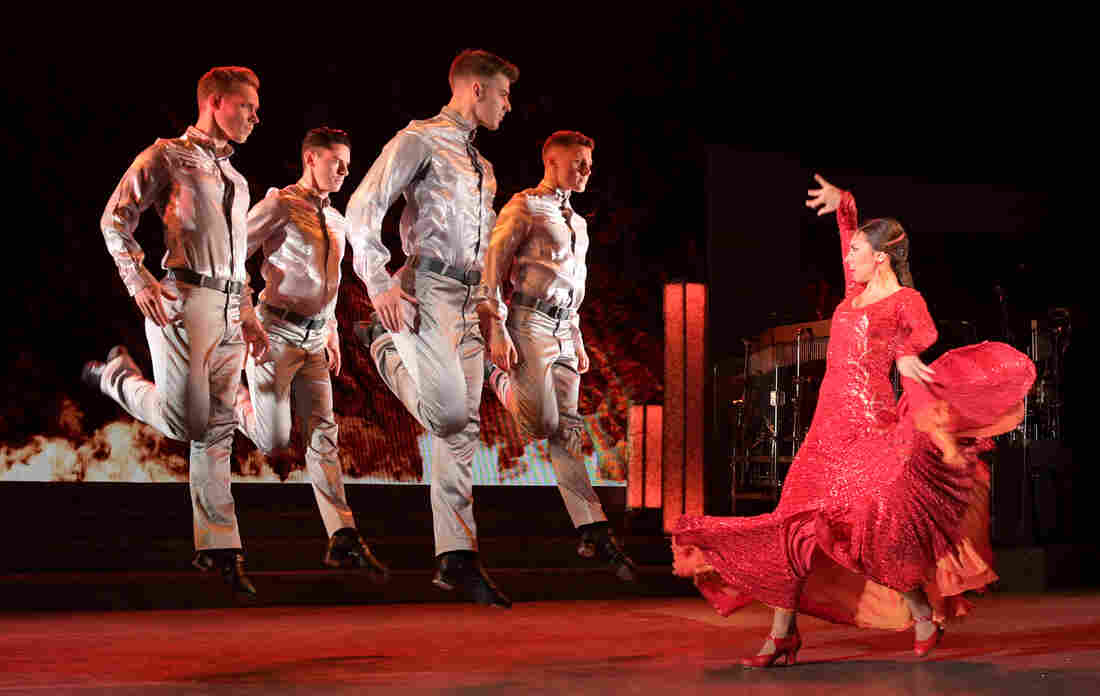 Riverdance began as an act in the 1994 Eurovision Song Contest. Above, "Firedance" from the 25th anniversary production. Jack Hartin hide caption

Moyles helped assist on the 25th anniversary show, which features all the dances audiences have come to expect — including a challenge dance between African-American tap dancers and Irish hard shoe dancers — but there are new animated projections and the score by Bill Whelan has been refreshed.

"When they asked me, would I do it again, I said, 'Hang on. We've done it. And we've got a Grammy. Let's just be happy and go home!' " Whelan says with a laugh. "But this time, for the 25th anniversary, I recorded the whole score again, and I put the drums at the center of it. So, it's far more rhythm section driven."

This legacy was built before I was born and now I get to relive that legacy and bring it on stage every night.

The recording is supplemented, in performance, by seven onstage musicians. Given the athletic nature of the dancing, many cast members in this incarnation of Riverdance weren't even born when the show premiered. Lead dancer Anna Mai Fitzpatrick saw the show in Dublin when she was 7 years old.

"I wasn't born when the original Riverdance came out, which is pretty crazy ... " Fitzpatrick says. "This legacy was built before I was born and now I get to relive that legacy and bring it on stage every night; to be able to kind of give back to the audience what they gave to me when I was a young girl, and like see young dancers in the audience dancing."

For now, those young dancers will have to wait. Performances of Riverdance have been postponed for the rest of the month, at least. But for those who crave a taste of the show, a brand-new CD of the score has been released.