Accessibility links
Coronavirus Poll: A Lack Of Trust In Trump, Federal Government's Response After the White House downplayed the coronavirus threat in the past month, the number of Republicans saying it has been blown out of proportion jumped, according to an NPR/PBS NewsHour/Marist poll. 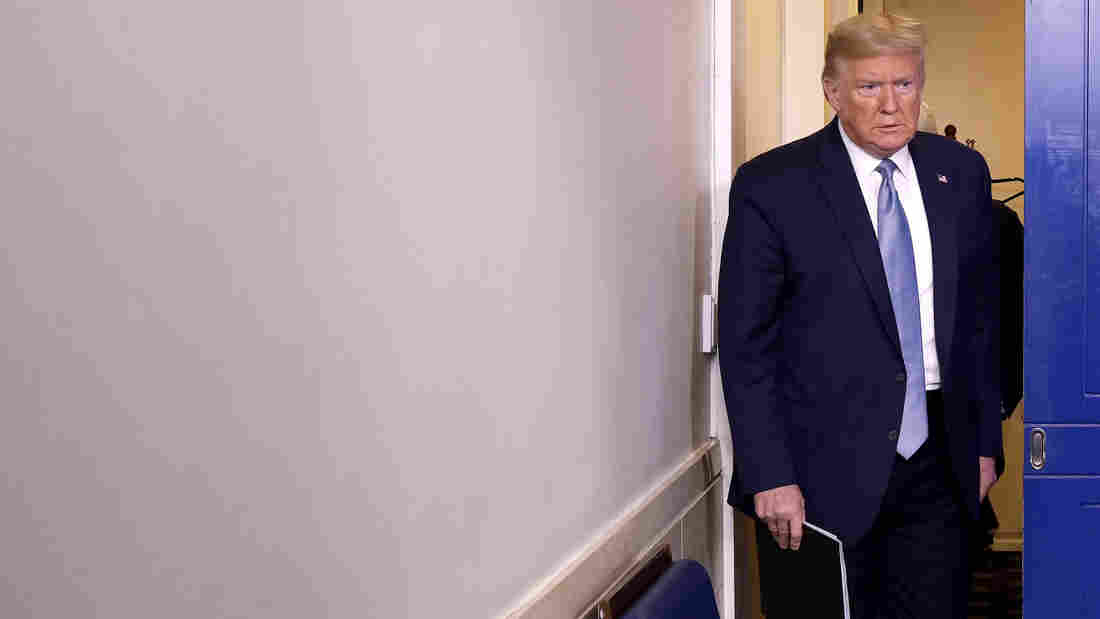 President Trump arrives in the press briefing room to speak about the coronavirus at the White House on Monday. Win McNamee/Getty Images hide caption 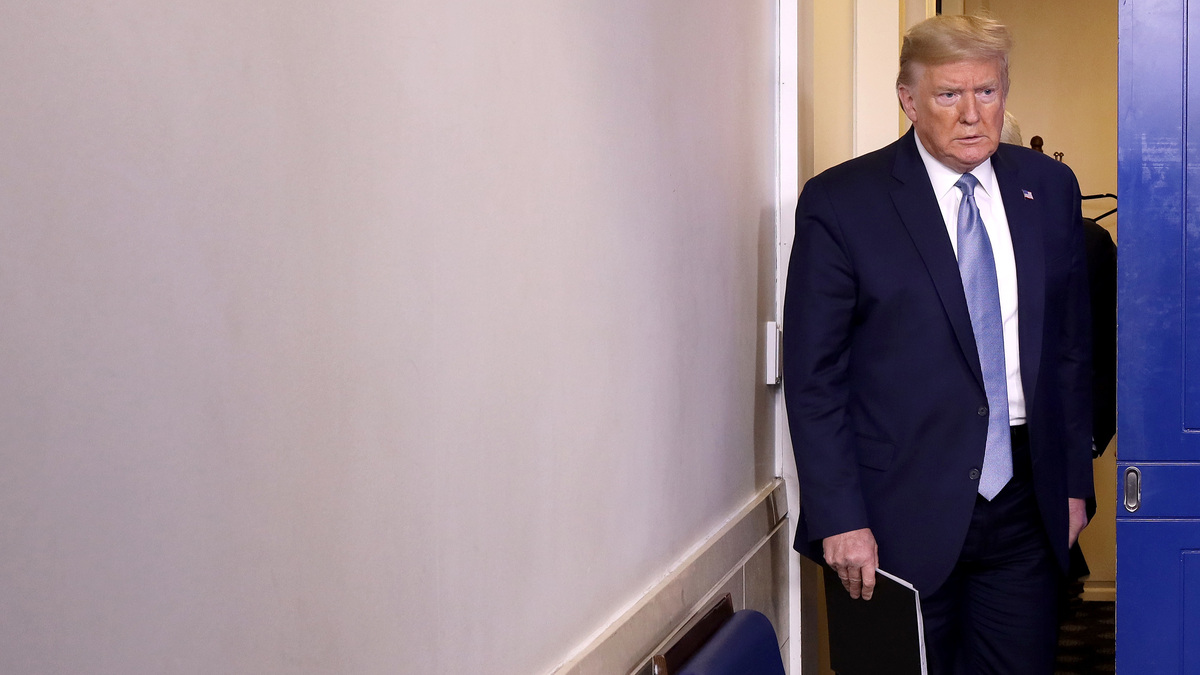 President Trump arrives in the press briefing room to speak about the coronavirus at the White House on Monday.

Americans have little trust in the information they are hearing from President Trump about the novel coronavirus, and their confidence in the federal government's response to it is declining sharply, according to a new NPR/PBS NewsHour/Marist poll.

Just 46% of Americans now say the federal government is doing enough to prevent the spread of the coronavirus, down from 61% in February.

Just 37% of Americans now say they had a good amount or a great deal of trust in what they're hearing from the president, while 60% say they had not very much or no trust at all in what he's saying.

The president rates worst of all groups tested, be it public health officials, state and local leaders or the news media. And more Americans disapprove of the president's handling of the pandemic than approve by a 49%-44% margin. But that does not differ greatly from his overall job approval rating, which stands at 43%.

That's largely unchanged from the last survey in February, and 51% still said they approve of the president's handling of the economy, despite the massive slides in the stock market of late related to the coronavirus.

Public health officials got the highest level of trust at 84%, followed by those state and local leaders (72%). Americans were split 50% to 47% on whether they can trust information coming from the news media or not.

A sharp partisan divide on the president and news media

Just 8% of Democrats and 34% of independents said they trust the information coming from the president. But three-quarters of Republicans said they do.

When it comes to the news media, two-thirds of Democrats trust the information they hear coming from them; independents were split; and Republicans overwhelmingly said they do not trust what they're hearing from the media.

Having significant chunks of the country either not believing their president (who controls the federal government's response), the press (which is a gatekeeper for information), or both, could be dangerous in a pandemic.

Republicans think coronavirus is blown out of proportion

Just 40% of Republicans now say it is a real threat, down from 72% in February. A majority of Republicans (54%) said they think it has been blown out of proportion, more than double what it was in February (23%).

Since the last survey, much of the country has hit pause on regular daily life. Many states have closed schools, many bars and restaurants have shut down, and Americans are being urged to keep their distance from each other for an extended period until the pandemic is under control in the United States. 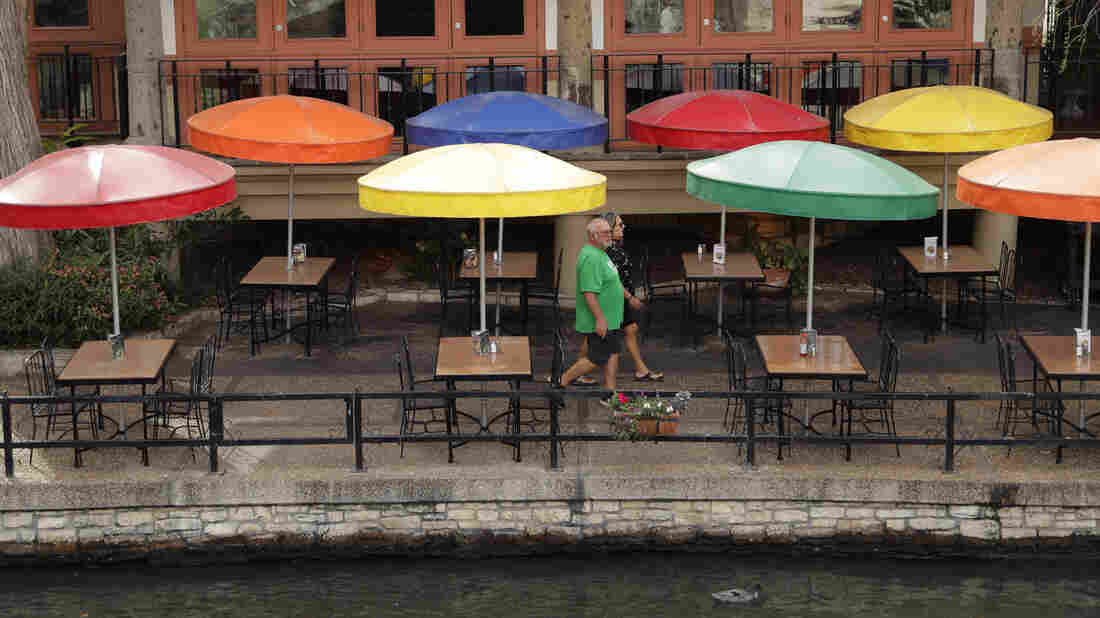 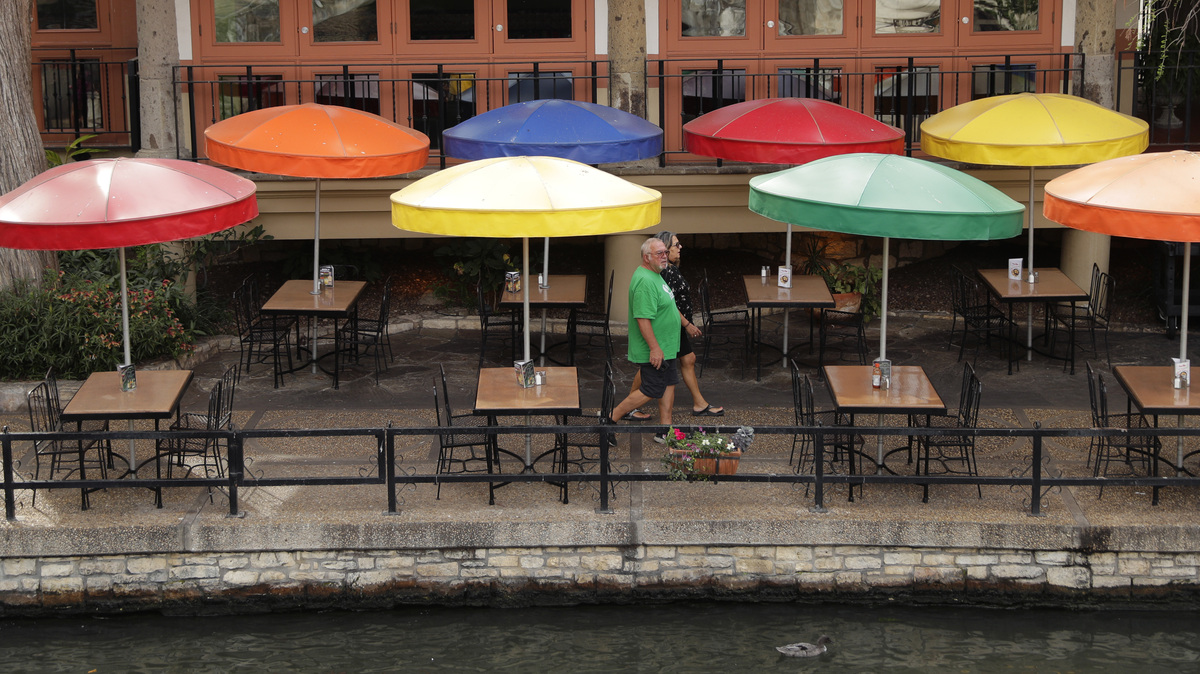 Visitors walk past a restaurant on the River Walk Monday in San Antonio.

The Centers for Disease Control and Prevention implored Americans not to attend gatherings of 50 or more people for the next eight weeks. On Monday, the president urged Americans not to be in groups of 10 or more. His tone at that press conference was something of an about-face for the president, who appeared to be conveying the threat much more seriously.

"These numbers speak to the fact that there was not a unified message coming out of Washington or even from the White House," said Barbara Carvalho, director of the Marist poll, referring in particular to the partisan divide. "There was some confusion initially — if this was really a health crisis or an economic crisis."

She noted that the differences by party really "speak to the fact of how we're getting our information."

A lack of faith in the federal government

Just 46% say it is, down from 61% in February. Again, though, there's a big political divide. Many more Democrats now say the federal government isn't taking adequate steps, going from just 35% in February to 70% now. Independents have also declined in their confidence with just 47% now saying the federal government is doing enough, down from 69%.

But more than three-quarters (77%) of Republicans say the Trump-led federal government is doing enough, which is actually a slight improvement from February.

Americans have more faith in their local governments, though, with two-thirds saying their state governments are doing enough.