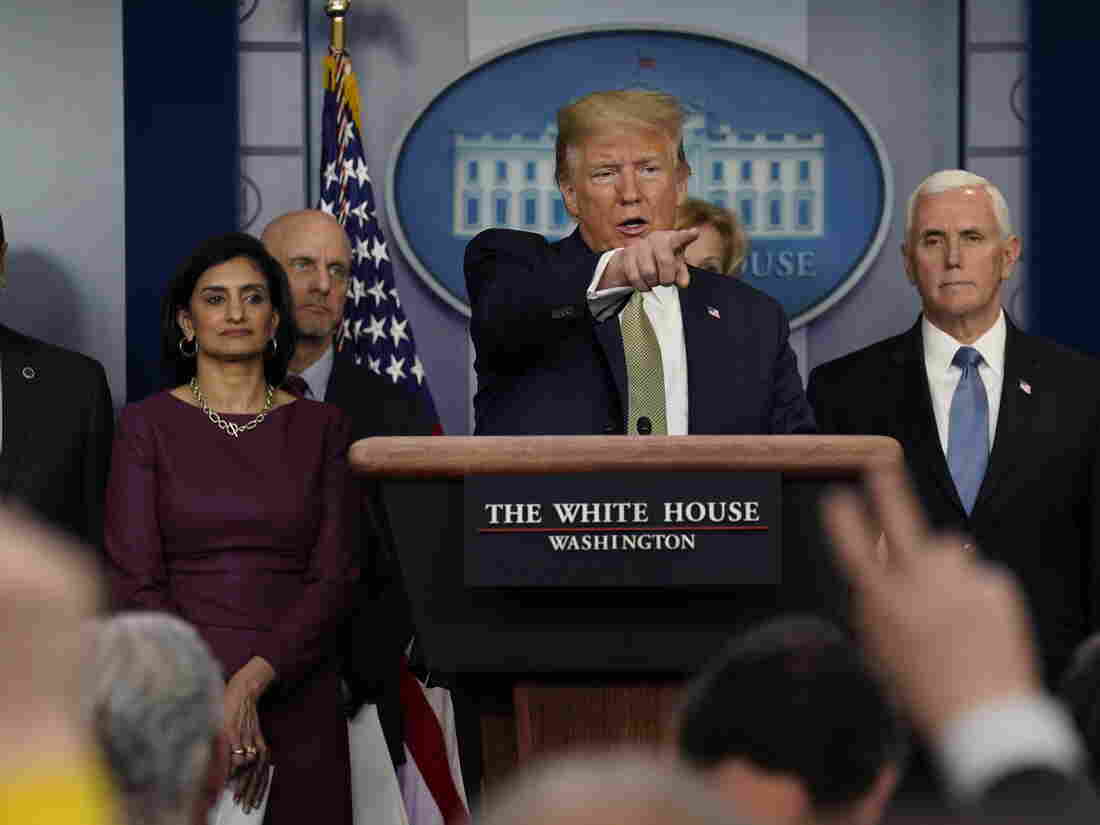 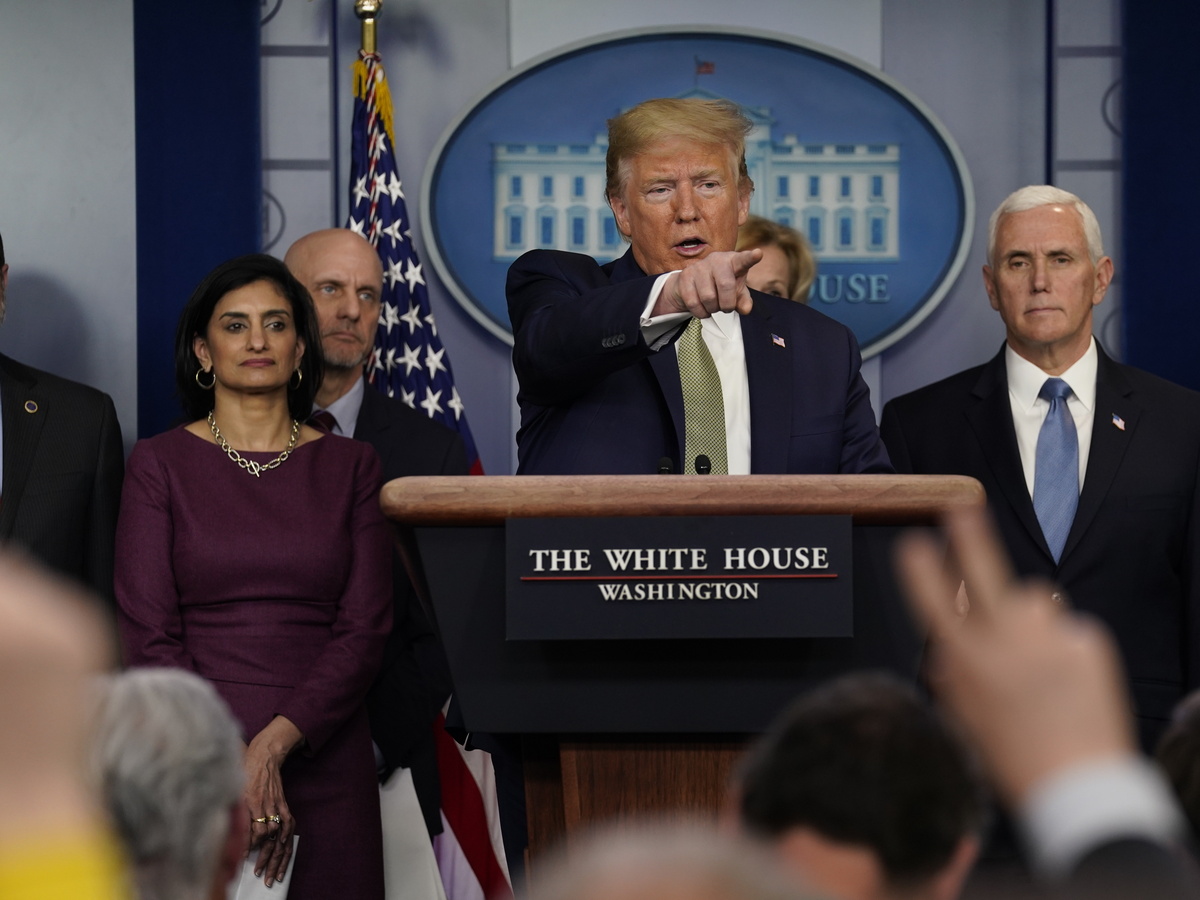 President Trump speaks Tuesday during a press briefing with the coronavirus task force at the White House.

President Trump has proposed sending money directly to Americans to help blunt the economic impact caused by the coronavirus pandemic, saying it's time to "go big" to boost the now-stalled economy.

Trump said he wants Congress to push through a major comprehensive package to help businesses and workers facing hardships — one of many abrupt shifts the administration has made this week as the scope of the pandemic has come into sharp focus.

"That's the way I want to go. I just want to get it done and have a big infusion, as opposed to going through little meetings every couple of days," Trump said. "We want to go big."

Treasury Secretary Steve Mnuchin said the administration is asking Congress for another coronavirus relief package — including loans and direct payments — that would inject $1 trillion into the economy. "It's a big number," he acknowledged. 'This is a very unique situation in this economy."

After weeks downplaying the risk of the virus and dismissing the suggestion that the U.S. economy was headed toward a dramatic slowdown, Trump has made a turn this week, taking on a more somber and ominous tone about the impact the pandemic will have.

Pressed by reporters, Trump brushed off suggestions that he had changed his tone. "I felt it was a pandemic long before it was called a pandemic," Trump said.

But before this week, Trump repeatedly compared the coronavirus to the average flu. And in early March, Trump said he did not think it was "inevitable" that the coronavirus would spread across the country, contradicting health officials at the time.

Mnuchin met with lawmakers Tuesday to discuss details of the administration's proposal. He said Trump wants to start sending out checks within the next two weeks, though it was not immediately clear whether that would be possible or how it would work.

It's not clear what income ceiling might be put on the stimulus payments, but Mnuchin said the government does not want to send checks to millionaires.

The administration is also planning to allow Americans to defer tax payments up to $1 million for 90 days.

Mnuchin emphasized that banks and markets would remain open and that Americans would be able to access their money and stocks. "We may get to a point where we shorten the hours if that's something they need to do," he said.

"We'll see what happens after that"

On Monday, the White House recommended new guidelines to slow the spread of the coronavirus over the next 15 days, urging older Americans to stay home. Trump asked all residents to avoid crowds of more than 10 people, avoid travel and stop eating in restaurants.

Meanwhile, dozens of state and local officials are issuing sweeping orders to close school for millions of children and shut down bars and restaurants for all but takeout orders. Areas hit hard by the spread of the virus, like San Francisco, have gone further, mandating that residents stay indoors and work from home.

Trump ruled out the idea of a nationwide lockdown at this time but did not rule out taking even stricter measures as the pandemic continues.

Deborah Birx, the White House response coordinator, urged people of all ages to heed the guidelines. "We hear every night of people who are not in work moving that time into bars and other areas of large gatherings. If we continue with that process, we will fail in containing this virus," she said.

"We're asking the younger generations to stop going out in public places, to bars and restaurants, and spreading asymptomatic virus onto countertops and knobs and grocery stores and grocery carts," she said.

As of Tuesday afternoon, the coronavirus pandemic has infected more than 195,000 people around the world. In the U.S., there have so far been more than 5,700 confirmed cases.

With federal officials this week ramping up testing nationwide, public health experts say the prevalence of the virus in the U.S. is expected to get worse before it gets better, since testing in the country has until now been sparse.

Dr. Anthony Fauci, director of the National Institute of Allergy and Infectious Diseases, said that it would still be several weeks or longer before health experts can assess whether social distancing measures are slowing down the spread of the virus. Fauci has been helping lead the administration's response to the virus.

In Congress, late Monday, the House sent a bill to address paid sick leave and testing to the Senate, which is expected to vote on the measure this week. Earlier this month, Congress passed a roughly $8 billion package to address the response effort.