Accessibility links
China Pulls Credentials From Journalists At 3 Major U.S. Publications Beijing ordered certain staff at The New York Times, The Washington Post and The Wall Street Journal to halt reporting inside China, in retaliation for a State Department move against Chinese outlets. 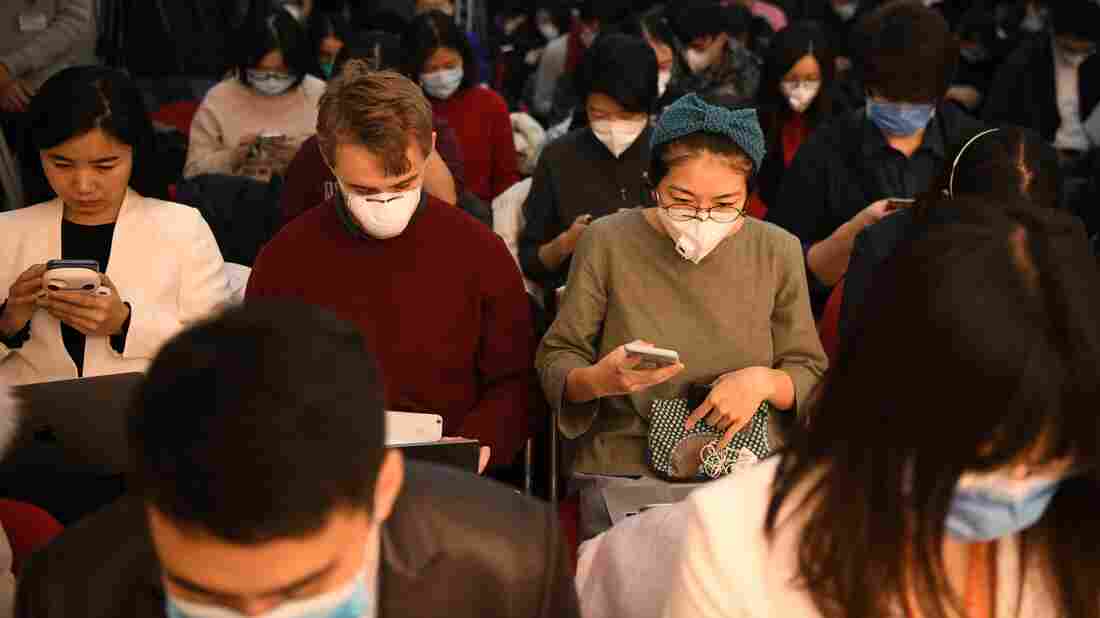 Journalists wearing face masks — in an effort to protect against the coronavirus — gather for a news conference earlier this year in Beijing. Early Wednesday, China said it was planning to pull the press credentials of certain journalists employed by a handful of major U.S.-based newspapers. Noel Celis/AFP via Getty Images hide caption 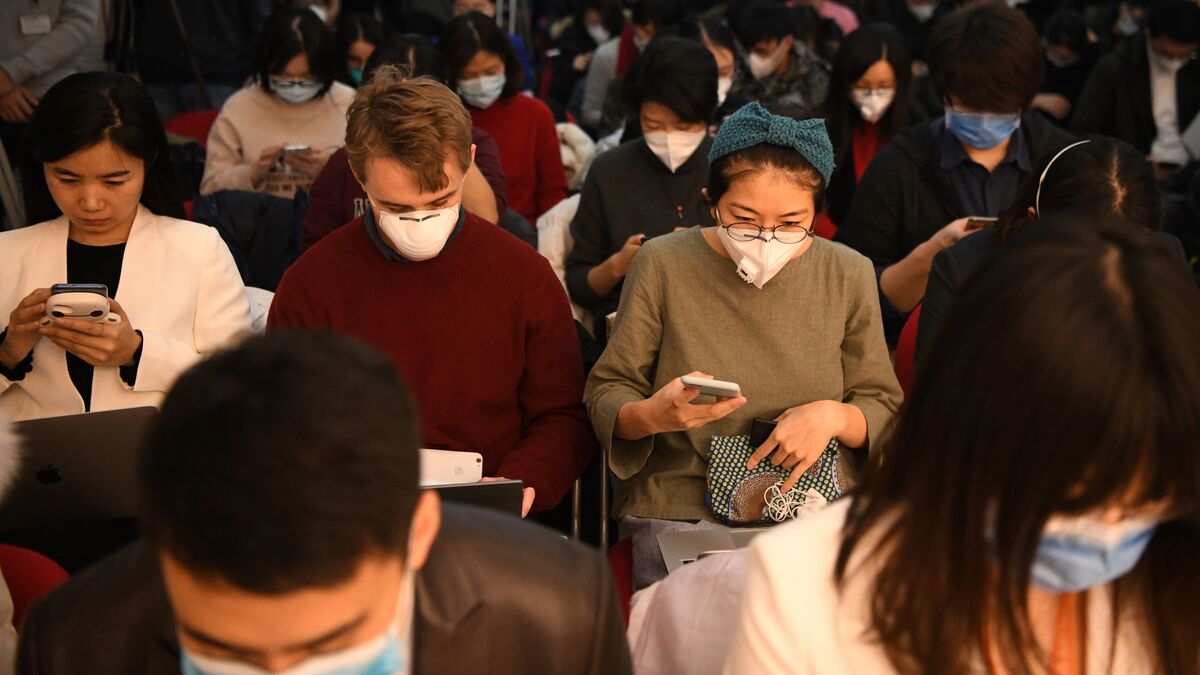 Journalists wearing face masks — in an effort to protect against the coronavirus — gather for a news conference earlier this year in Beijing. Early Wednesday, China said it was planning to pull the press credentials of certain journalists employed by a handful of major U.S.-based newspapers.

Two weeks after the U.S. told a handful of Chinese state media entities to slash their U.S.-based staff, Beijing has retaliated with an order of its own: Certain U.S. nationals working with The New York Times, The Wall Street Journal and The Washington Post have been banned from working in China.

The Chinese foreign ministry announced the order early Wednesday local time, saying that any U.S. citizens who are working for the trio of publications inside China and whose credentials are set to expire by the end of the year must relinquish their credentials within 10 days and halt their reporting within its borders — as well as within the semi-autonomous regions of Hong Kong and Macao.

The ministry also demanded that the three newspapers — as well as Voice of America and Time magazine — submit written details about their China-based staff and operations to Chinese authorities, in what a ministry spokesperson described as "entirely necessary and reciprocal countermeasures."

"Foreign media organizations and journalists who cover stories in accordance with laws and regulations are always welcome in China, and will get continued assistance from our side," the spokesperson said in a statement.

"What we reject is ideological bias against China, fake news made in the name of press freedom, and breaches of ethics in journalism," the spokesperson added. "We call on foreign media outlets and journalists to play a positive role in advancing the mutual understanding between China and the rest of the world."

Voice of America Director Amanda Bennett issued a statement noting that the U.S. government is legally prohibited from interfering with the organization's news stories.

"We remain committed to continuing to serve as a consistently reliable, trusted and authoritative source of news to our Chinese-speaking audiences," she said. "More than 40 million Chinese citizens a week turn to VOA for unbiased news. Our work has become even more vital since the outbreak of coronavirus in China in late 2019, which lifted our site traffic 33%."

New York Times executive editor Dean Baquet also cited the need for journalists to stay at work in China: "It is critical that the governments of the United States and China move quickly to resolve this dispute and allow journalists to do the important work of informing the public. The health and safety of people around the world depend on impartial reporting about its two largest economies, both of them now battling a common epidemic."

U.S. Secretary of State Mike Pompeo rejected any equivalence between the Chinese nationals expelled by the U.S. and the journalists targeted by Beijing.

"The individuals that we identified a few weeks back were not media that were acting here freely," Pompeo said. "They were part of Chinese propaganda outlets. We'd identified these as foreign missions under American law."

"This is unfortunate. ... I hope they'll reconsider."

It is not clear yet how many journalists the order will affect.

Other U.S.-based media outlets that operate bureaus in China — including NPR, The Associated Press and CNN — are not specifically named in the order, but it also suggested there would be further "reciprocal measures against American journalists."

The order comes just over a fortnight after the U.S. State Department announced a "personnel cap" on the Chinese state media outlets that it recently designated as "foreign missions" of the Chinese Communist Party.

But Secretary of State Mike Pompeo rejected the idea that the Chinese announcement deserved an "apples-to-apples" comparison with his department's order earlier this month.

"The individuals that we identified a few weeks back were not media that were acting here freely. They were part of Chinese propaganda outlets. We've identified these as foreign missions under American law," Pompeo told a news conference, saying he hoped Beijing "would reconsider."

The Chinese government is notoriously restrictive of media operations — not only for Chinese nationals but also for foreign journalists working within its borders.

2/5 Some telling stats from our 2019 report: 82% of reporters experienced interference or harassment or violence while reporting last year. 43% said digital/physical surveillance affected reporting. And 70% reported interviews cancelled due to actions taken by Chinese authorities

In a report published earlier this month, the Foreign Correspondents' Club of China found that more than 80% of reporters there had experienced some form of interference, harassment or outright violence while on the job last year. And since the start of Chinese President Xi Jinping's tenure in office, the FCCC says reporters have faced a "worsening reality that should be cause for global concern."

"As China reaches new heights of economic influence," the report said, "it has shown a growing willingness to use its considerable state power to suppress factual reporting that does not fit with the global image it seeks to present."

PEN America, an organization dedicated to freedom of expression for writers worldwide, admonished both countries carrying on with the dispute when readers need reliable information on the spread of the coronavirus.

"At a time when facts and information are a matter of life and death for billions of people worldwide, the cycle of tit-for-tat retaliation between Beijing and Washington over the role of journalists is stunningly misguided and a grave risk to public safety," said the group's CEO, Suzanne Nossel. "Both countries should lift any applicable restrictions and allow professional media outlets to play their role of reporting the news and calling it like they see it."