Accessibility links
Ex-Rep. Duncan Hunter Sentenced To 11 Months In Federal Prison Former Republican Rep. Duncan Hunter of California resigned from Congress earlier this year. He and his wife were accused of misusing more than $250,000 in campaign funds. 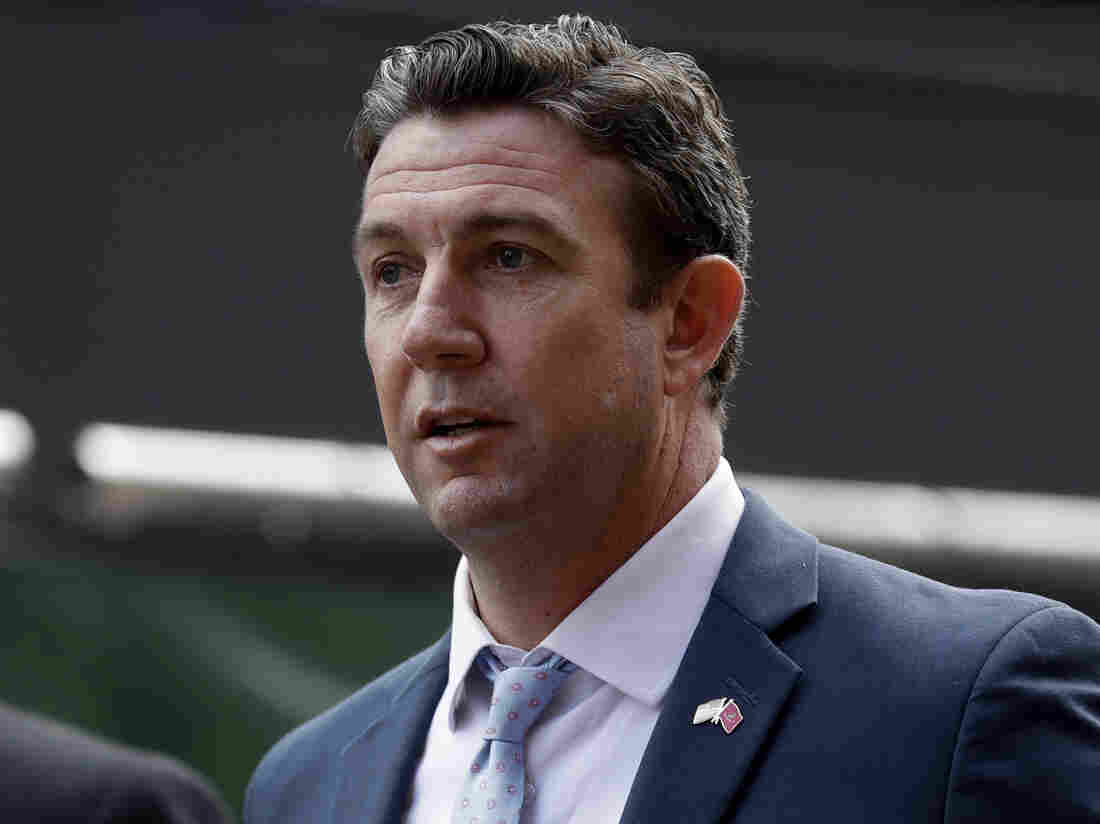 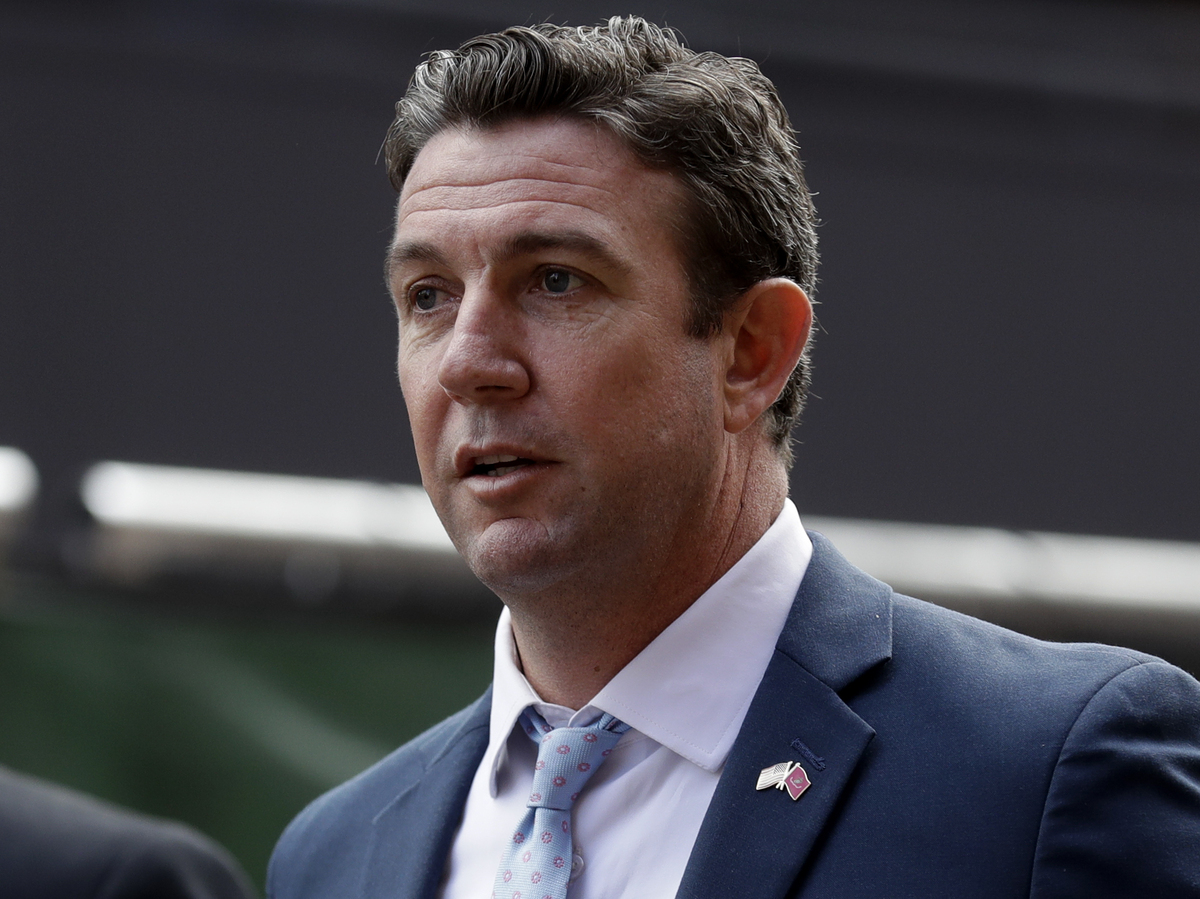 Convicted ex-Rep. Duncan Hunter leaves a court building after his sentencing Tuesday, in San Diego. Hunter has been sentenced to 11 months in prison after pleading guilty to misspending campaign funds.

Former Republican Rep. Duncan Hunter has been sentenced to 11 months in federal prison for corruption charges stemming from the illegal misuse of hundreds of thousands of dollars in campaign funds.

Hunter, who represented one of the few solidly red districts in California beginning in 2009, resigned his seat in January. Just weeks before, he plead guilty to a single count of unlawfully using campaign funds, just one of 60 counts he and his wife, Margaret, faced, according to an August 2018 federal indictment.

This is a rapid fall for a man with seemingly bright political fortunes. The ex-Marine succeeded his father, also named Duncan Hunter, the former chairman of the powerful House Armed Services Committee. The younger Hunter, who served in the Iraq war, was also an early supporter of President Trump.

Hunter's political prospects grew dim after the federal charges were unsealed, alleging he dipped into his campaign account and spent more than $250,000 on items including dining out with friends, airlines tickets, hotel rooms, birthday parties for family members and even on a family pet.

In a move that proved just how vulnerable Hunter had become, former Republican Rep. Darrell Issa said in September he was seeking his congressional seat. Issa referred to the then-embattled congressman as a "friend and a colleague" at his campaign announcement.

As NPR reported in December, Hunter had initially denied all the charges and his attorneys said prosecutors were attempting to unfairly embarrass him. He originally stated he was planning to fight the charges, but later reversed course and pleaded guilty.

"It's important not to have a public trial for three reasons, and those three reasons are my kids," Hunter told local television station KUSI in San Diego in December.

"Whatever my time in custody is, I will take that hit," Hunter said, adding, "My only hope is that the judge does not sentence my wife to jail. I think my kids need a mom in the home."

Margaret Hunter agreed to a plea deal last summer that required her to testify against her husband. Court documents against the former congressman suggest prosecutors believed he had multiple extramarital affairs.

According to the Los Angeles Times, Margaret Hunter is scheduled to be sentenced April 7. While the judge ordered the former congressman to surrender May 29 to begin serving his sentence.