Accessibility links
Retired Apollo 15 Astronaut Al Worden Dies At 88 He had one trip to the moon — not to tread the surface, but to orbit in the craft that would return the two moonwalkers to Earth. All three got in trouble later over the sale of space mementos. 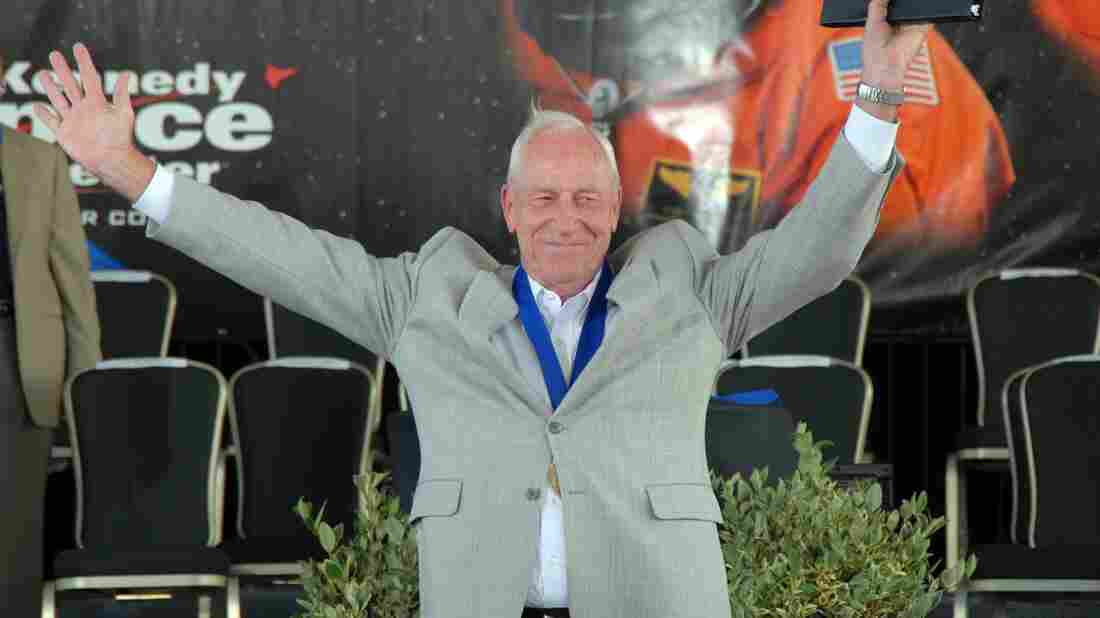 Retired astronaut Al Worden acknowledges applause as he is inducted into the Astronaut Hall of Fame at Cape Canaveral, Fla., in 1997. NASA/Jim Grossmann hide caption 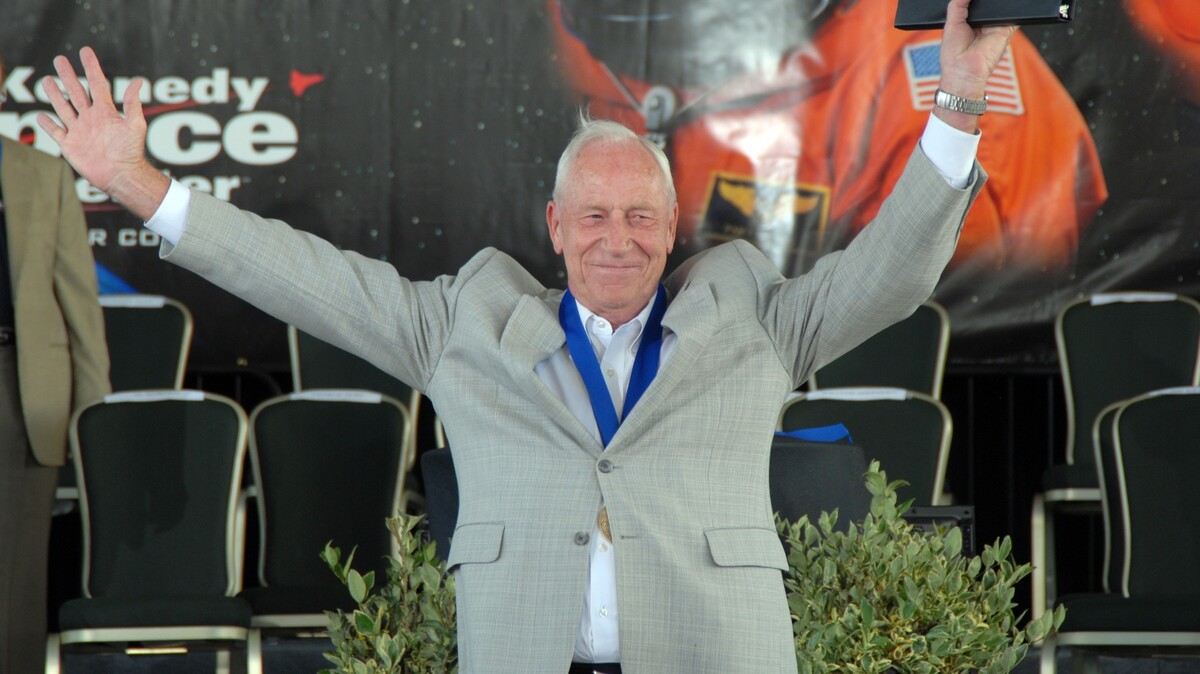 Retired astronaut Al Worden acknowledges applause as he is inducted into the Astronaut Hall of Fame at Cape Canaveral, Fla., in 1997.

One of the astronauts who flew during the lunar program has died. Al Worden, 88, was a command module pilot who circled the moon during Apollo 15.

His family announced the news on Twitter and NASA Administrator Jim Bridenstine said, "NASA sends its condolences to the family and loved ones of Apollo astronaut Al Worden, an astronaut whose achievements in space and on Earth will not be forgotten." Apollo 15 was considered one of NASA's most important scientific missions. But after the crew returned, they got in trouble for selling mementos they took to the moon.

Al Worden grew up on a farm during the Great Depression, attended the U.S. Military Academy at West Point and later studied engineering and got not one but two master's degrees from the University of Michigan. After he joined the Air Force, he became a test pilot and worked for famed aviator Chuck Yeager.

When Worden got to space, he said he was not prepared for what he saw: "You just can't imagine it. You can't imagine that that thing sitting out there, that object, that planet, that ball is where we live."

The Moon You Never See

For three days in 1971, Worden circled the moon as Dave Scott and Jim Irwin worked on the lunar surface — including driving a rover for the first time. Being a command module pilot has been called the loneliest job in humanity. In the spacecraft alone, not able to talk to anyone when the capsule was on the back side of the moon. But Worden told NPR in a 2016 interview, "I was pretty comfortable with being by myself." 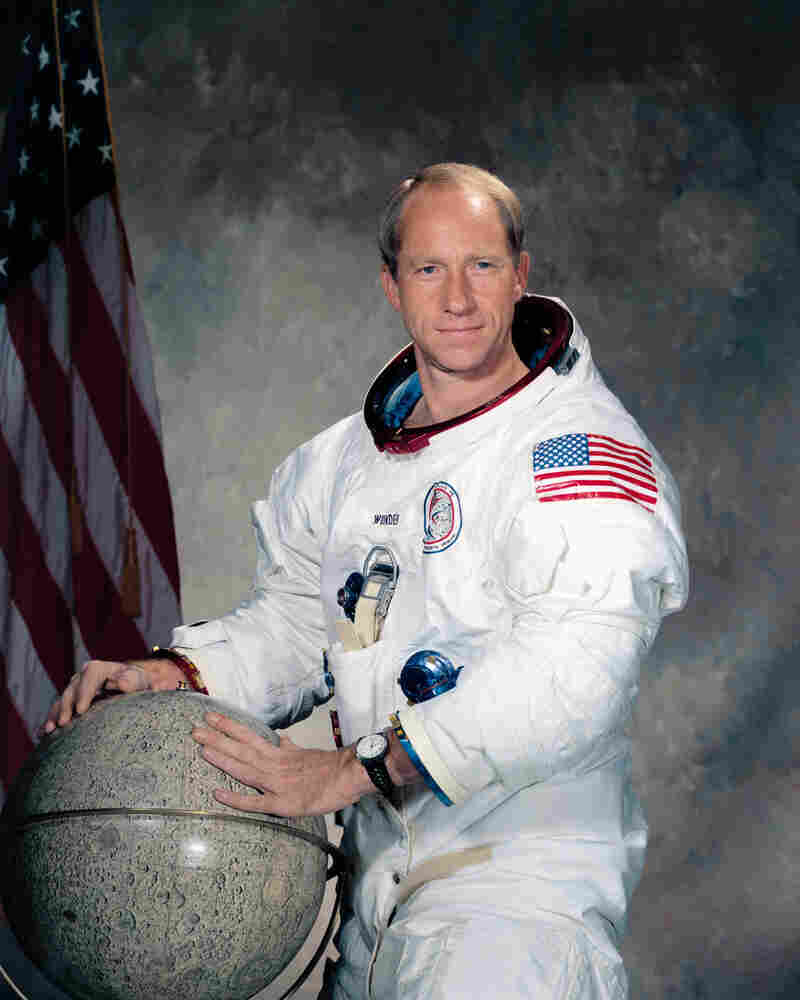 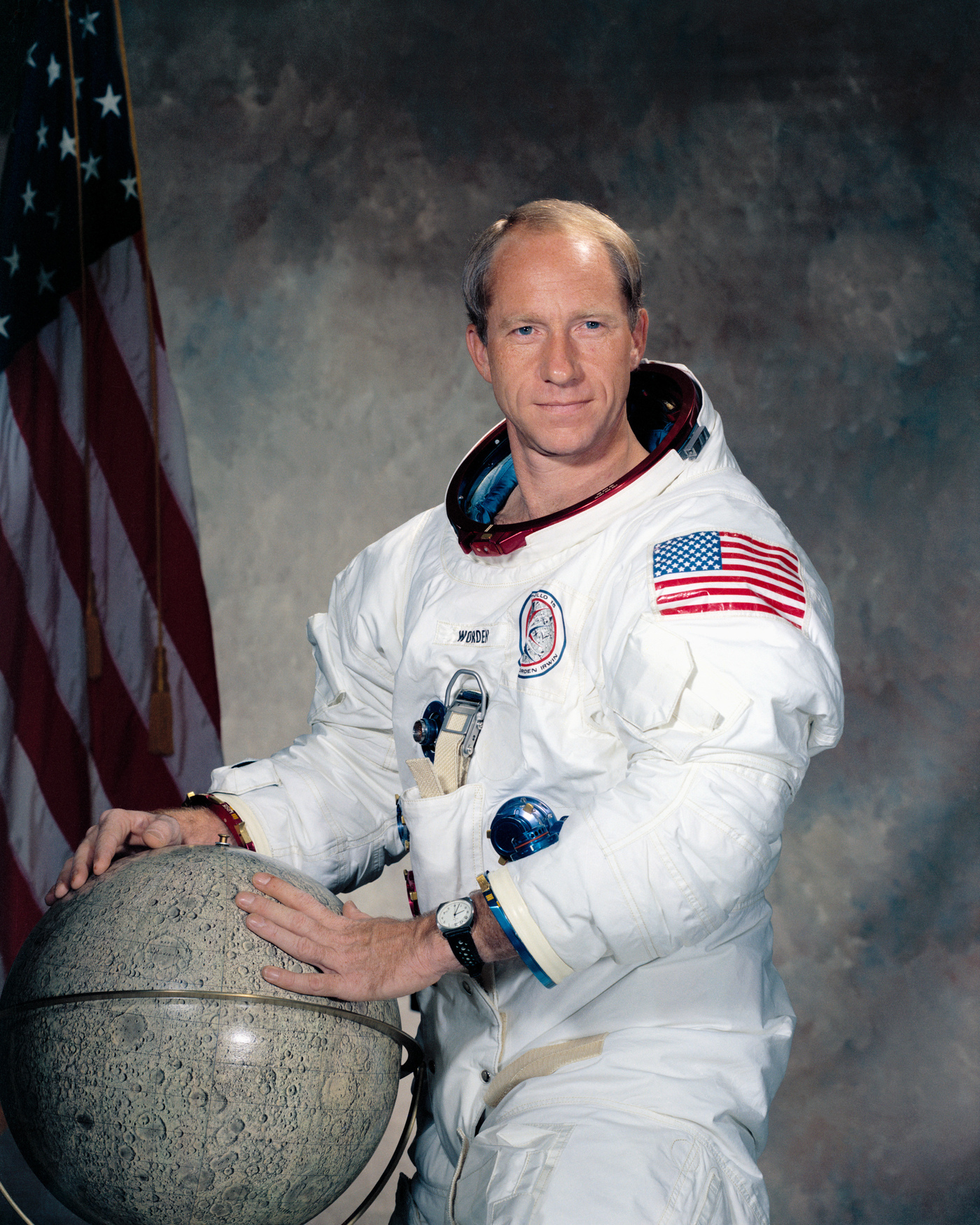 Astronaut Al Worden circled the moon during the Apollo 15 mission.

After Scott and Irwin returned from the lunar surface and the crew was on its way back home, Worden conducted a spacewalk, the first ever in deep-space. He ventured outside the capsule to retrieve film from the scientific cameras.

When the crew splashed down, they were celebrated as heroes. A visit with the president at the White House. Speeches to Congress. Parades in Chicago and New York. Trips around the world, meeting with kings, queens and even the pope. But then it all unraveled. "Six months later he's being told: pack your boxes. Get out of town. You're fired," said space historian Francis French.

Before they left for the moon, Commander Scott arranged a deal with a German stamp dealer to bring hundreds of postage stamp covers on their mission to sell afterward. Worden remembers it this way, "Jim and I were told that this was something that happened on every flight. No big deal. Well, it turned out to be a huge deal." Even though previous crews had profited off lunar souvenirs, it became a public relations nightmare for NASA. The three astronauts never flew again. Worden said he regretted what happened: "I think the flight speaks for itself. I think the science that we did on the flight speaks for itself."

Worden said of his space career, "It was all timing. I was just there in the right time to make one flight but not the right time to make more than one," and it took years for him to recover. But, he did, said French, who co-authored Worden's autobiography, Falling to Earth. "It really wasn't fair considering he was being made an example of," French said. "And very much in his character, he decided not to let that stop him. He worked his way back over many decades ... and now he's one of the most highly respected astronauts of that era."

After NASA, Al Worden ran for Congress. He lost in the primary but said the election was the high point of his life. Twenty five years after his flight, he was inducted into the U.S. Astronaut Hall of Fame.