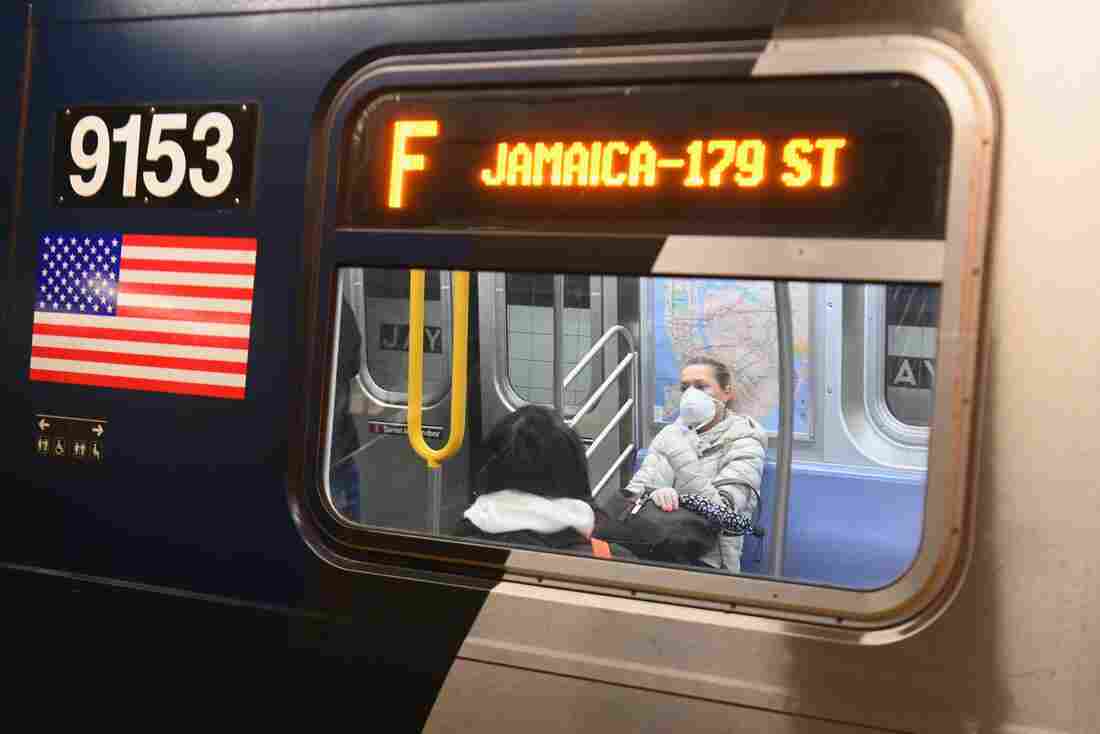 A woman with a face mask rides on the subway on March 17, 2020, in the Brooklyn Borough of New York City. Advocates in the city are reaching out to immigrant communities which face challenges due to the coronavirus epidemic. Angela Weiss / AFP via Getty Images hide caption 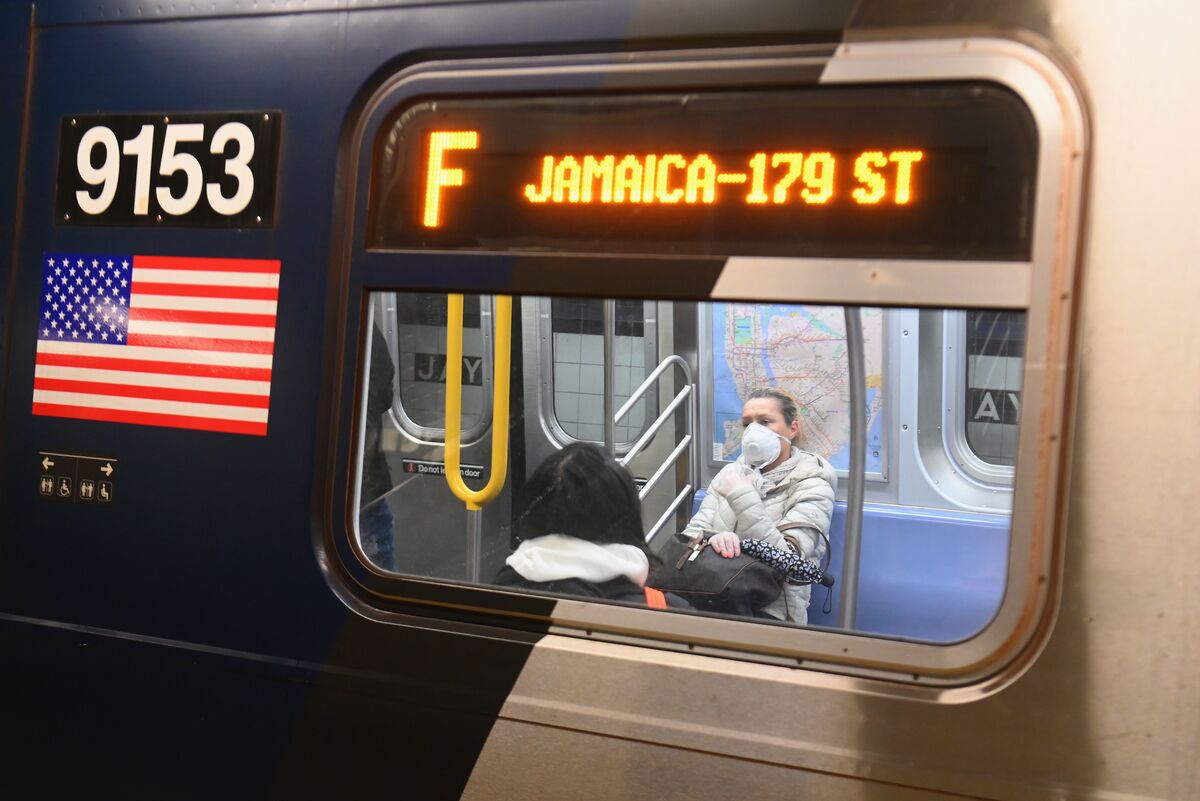 A woman with a face mask rides on the subway on March 17, 2020, in the Brooklyn Borough of New York City. Advocates in the city are reaching out to immigrant communities which face challenges due to the coronavirus epidemic.

Immigrants in urban areas face particular challenges during the coronavirus epidemic. They are more likely to live in crowded housing and use public transportation. Both factors can make them more susceptible to infection. They also tend to have lower incomes than native-born workers and studies have shown low socioeconomic status can lead to adverse health outcomes.

In New York City, immigrant nonprofit organizations are conducting outreach as the threat of the virus grows. On a recent weekday morning in March, about dozen immigrants and translators gathered at the headquarters of the African Services Committee in Harlem. Franco Torres, the head of legal services, welcomed them. He advised them on how best to contact immigration courts about rescheduling their appearances if they felt ill.

"If you work, and are able to work from home, we recommend you do that," he told them. If that wasn't possible, and they felt unwell, he told them they could wear a mask, and inform other people they were feeling sick.

One of the attendees — who asked to be identified as M. because she doesn't want to jeopardize the asylum application she's filing — said her work had come to a standstill. She freelances in the textiles industry and all of her clients had canceled appointments.

Advocates Worry Detained Immigrants Are At Risk For Coronavirus

Advocates Worry Detained Immigrants Are At Risk For Coronavirus

"Financially I'm worried, immigration wise I'm worried," she said. "There are so many things to be worried about, plus this thing comes along."

Kim Nichols, the co-executive director of African Services Committee, says many of their clients work in restaurants or as home health care aides. They live paycheck to paycheck.

"They don't have any recourse to backup finance in the event they're sick," she says. "We are very concerned people are working when they shouldn't be."

Nichols says her organization hopes to provide testing for the virus in the weeks ahead. That's in part because many immigrants — particularly those who are undocumented — may not feel comfortable going to hospitals.

A few blocks from African Services, a Honduran immigrant stood in a McDonalds with her son, who is in second grade. She asked to be referred to by her first name, Ivette, because she's undocumented. She said most of the information she's received about the virus has come from Facebook and from her son's school, which closed on Monday. If her son becomes sick, she said she would take him to the doctor.

"I'd take him immediately," she says. "I wouldn't wait a second."

But if she gets sick, she's not sure. There would be the question of how she could pay. She hadn't heard that New York Mayor Bill deBlasio has said that residents would be directed to city facilities that would treat them, irrespective of their immigration status or whether they have insurance.

Nadia Islam, an associate professor at NYU medical school, says that in order to counter the coronavirus, policymakers need to think beyond providing health care.

"Unless we create a health care system that's supportive, by doing things like providing paid sick time, making insurance very accessible," she says, "the risk to the public is greater and it just contributes to the potential spread."

These are not new issues, Islam adds. But the way existing policies impact immigrant and the broader community are becoming more evident in the era of the coronavirus pandemic.