Accessibility links
Biden, Sanders Primary Night Speeches Show Coronavirus Impact The coronavirus is scrambling so much of our lives at the moment, there's no surprise it's doing the same to the presidential race.

Biden, Sanders Remarks Show How The Coronavirus Has Upended The Campaign

Biden, Sanders Remarks Show How The Coronavirus Has Upended The Campaign 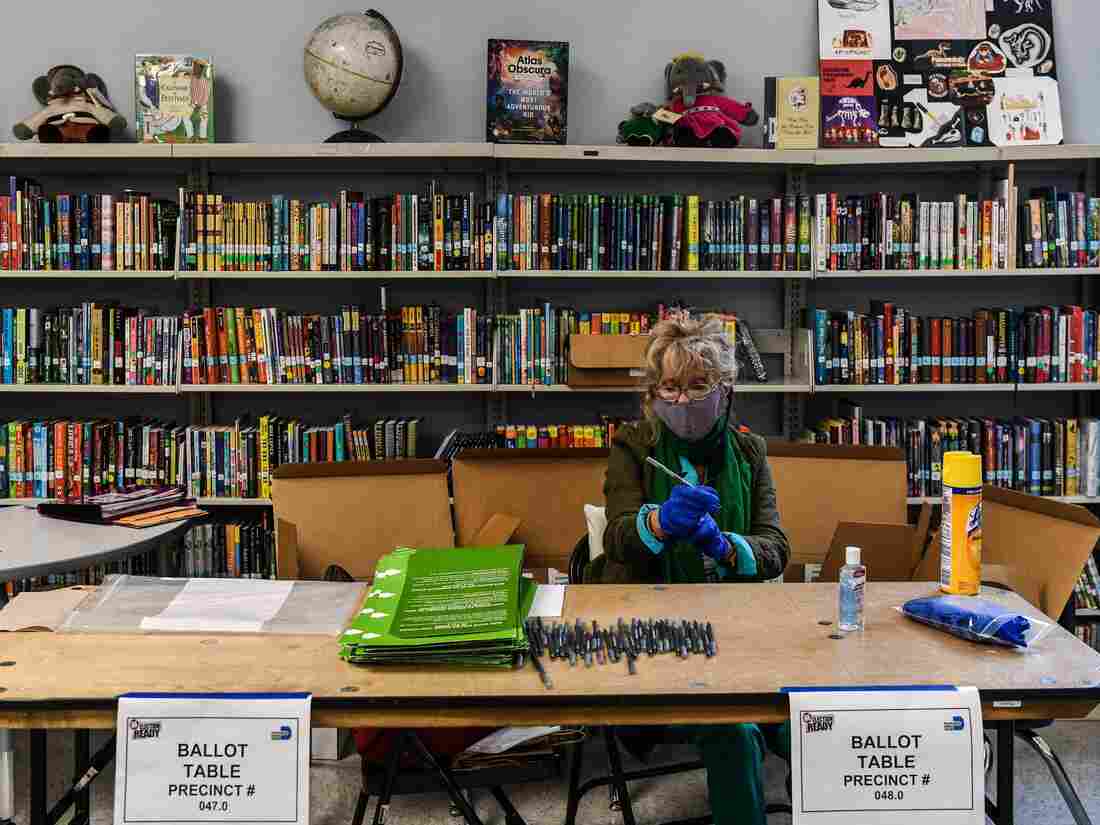 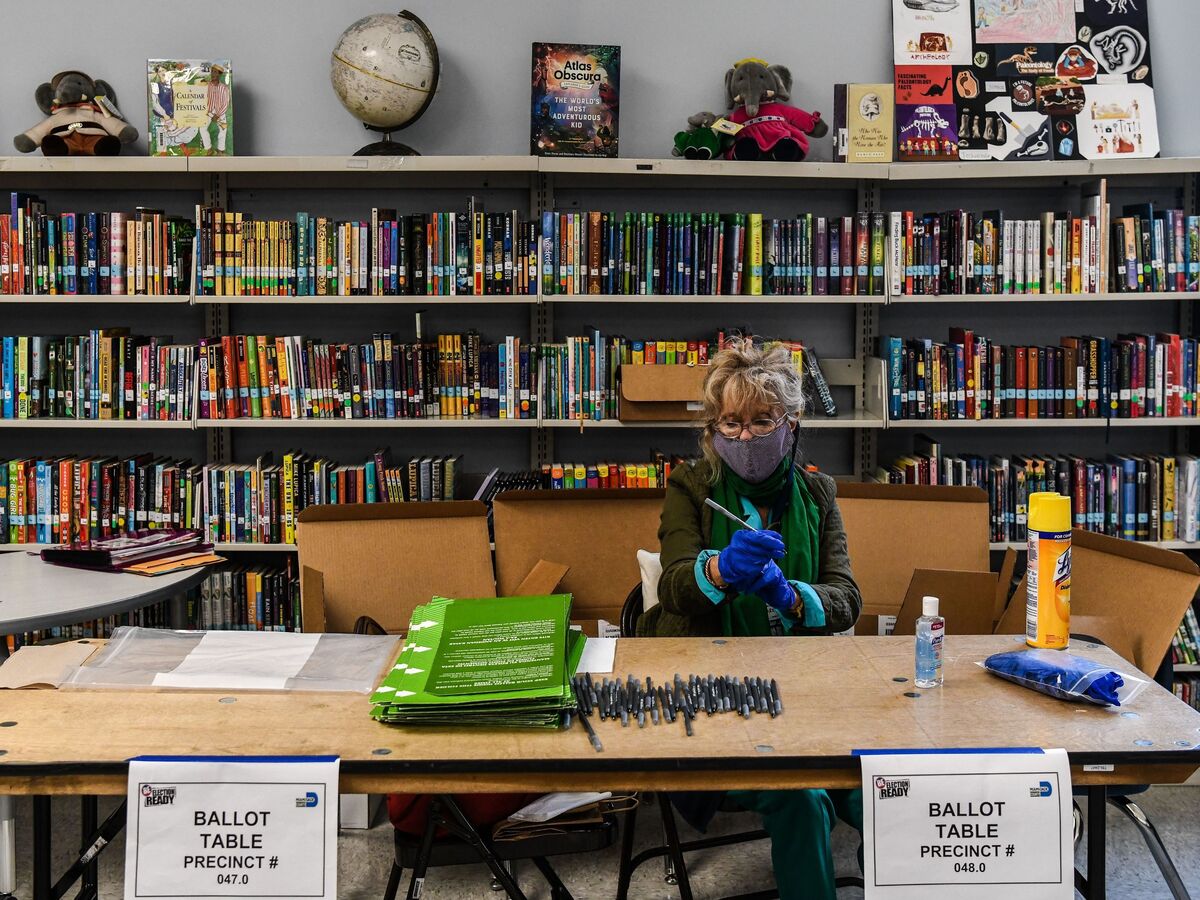 An election worker wears protective gloves during the Florida primary election at South Pointe Elementary School in Miami, on Tuesday.

For the third straight primary Tuesday, Joe Biden emerged as the winner.

But the country is in a vastly different state than it was just a few weeks ago, and as a result, the former vice president's victory address on Tuesday night was hardly celebratory.

"Tackling this pandemic is a national emergency akin to fighting a war," the Democratic front-runner said in prepared remarks from his home in Wilmington, Del.

There were no supporters grouped behind him waving signs. Instead there was Biden alone in front of a camera, speaking of common cause in the face of the coronavirus.

But Biden's remarks, along with Sanders' two hours earlier, underscored the extent to which the outbreak has upended and overtaken the race for the Democratic presidential nomination.

Sanders, who spoke before any polls had closed Tuesday, also delivered somber, straightforward remarks on the virus, calling on Americans to stand together.

"I don't have to tell anyone viewing this program that our country and, in fact, the world are facing an unprecedented series of crises," he said.

Sanders did not mention his increasingly challenging path to the nomination. Instead, he released a detailed proposal to respond to the coronavirus and asked viewers to submit feedback. His plan calls for at least $2 trillion in funding to, as his campaign put it, "prevent deaths, job losses, and economic ruin."

Biden's address was not completely devoid of politics. He talked about the "broad coalition" backing him, and said that while he and Sanders "may disagree on tactics, [we] share a common vision." And Biden made a direct appeal to his opponent's supporters, "especially to the young voters who have been inspired by Sen. Sanders: I hear you. I know what is at stake. And I know what we have to do."

But mostly Biden and Sanders focused on the virus and how they'd respond as president. And their respective remarks were just the latest example in the last week or so of the presidential primary being eclipsed by the outbreak.

The outbreak, of course, is also deeply affecting Democratic voters and how they think about the campaign and the candidates. Clear majorities of primary voters in Florida and Illinois said they are "somewhat" or "very" concerned about themselves or a family member contracting the virus, according to AP VoteCast surveys.

The coronavirus — a pandemic, a national emergency — is scrambling so much of our lives at the moment. It's no surprise it's doing the same to the presidential race.