Accessibility links
Coronavirus: Small Businesses Need Money Quickly To Survive Many small businesses have just a couple of weeks worth of cash on hand to pay rent and make payroll. Half of Americans own or work at a small business and they need help soon to stay afloat. 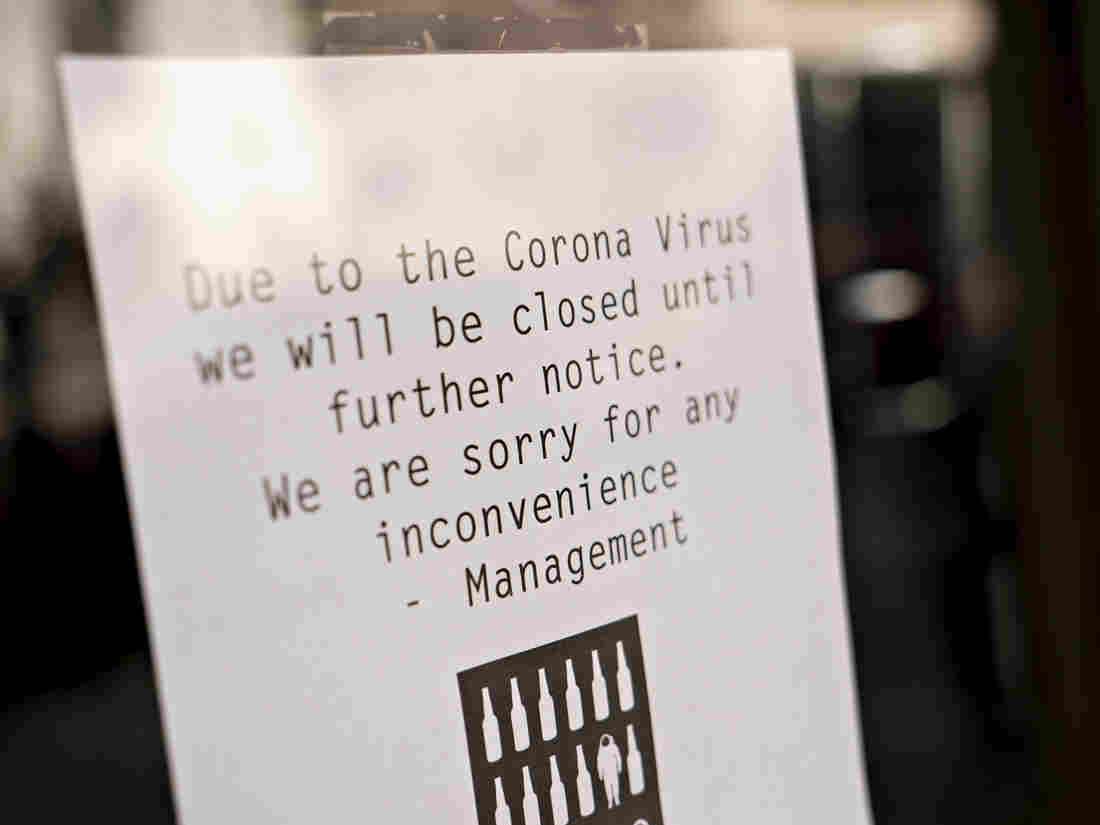 A sign at a bar in Washington, D.C., alerts customers that it's closed due to the coronavirus outbreak. Lawmakers are considering big moves to assist small businesses. Andrew Harrer/Bloomberg via Getty Images hide caption 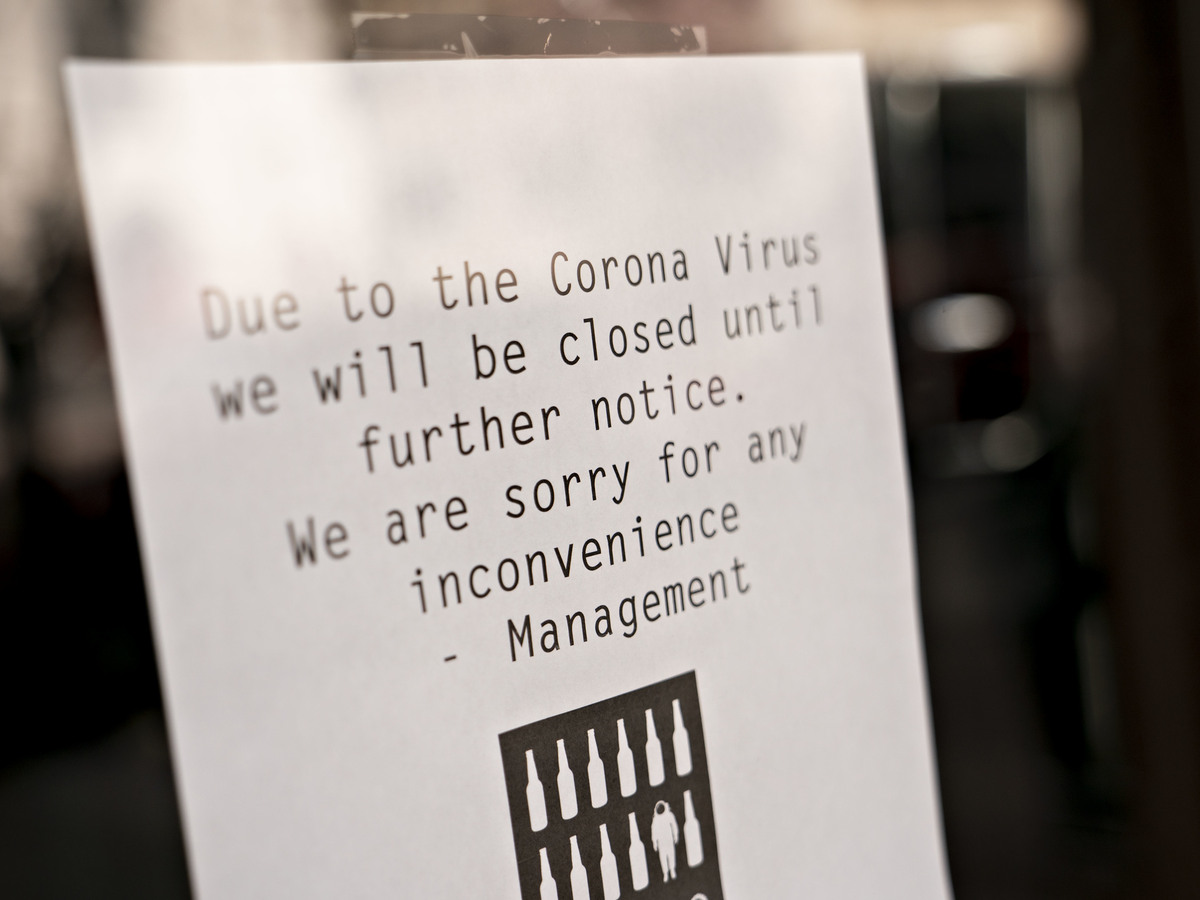 A sign at a bar in Washington, D.C., alerts customers that it's closed due to the coronavirus outbreak. Lawmakers are considering big moves to assist small businesses.

As the economy rapidly shuts down, many small businesses around the country are on the verge of collapsing. They have a message for the federal government: Please send money fast or we'll be out of business.

After the financial crisis hit in 2008, millions of Americans who worked at small businesses lost their jobs. It happened in just a matter of months. That's because many smaller businesses operate kind of like people who live paycheck to paycheck, without much savings.

On average, companies with fewer than 500 employees have less than a month of cash reserves, according to a study by the JPMorgan Chase Institute. Smaller Main Street type businesses often have just a couple of weeks worth of cash to keep running.

And for many, business just ground to a halt as steps to curb the coronavirus took their toll. 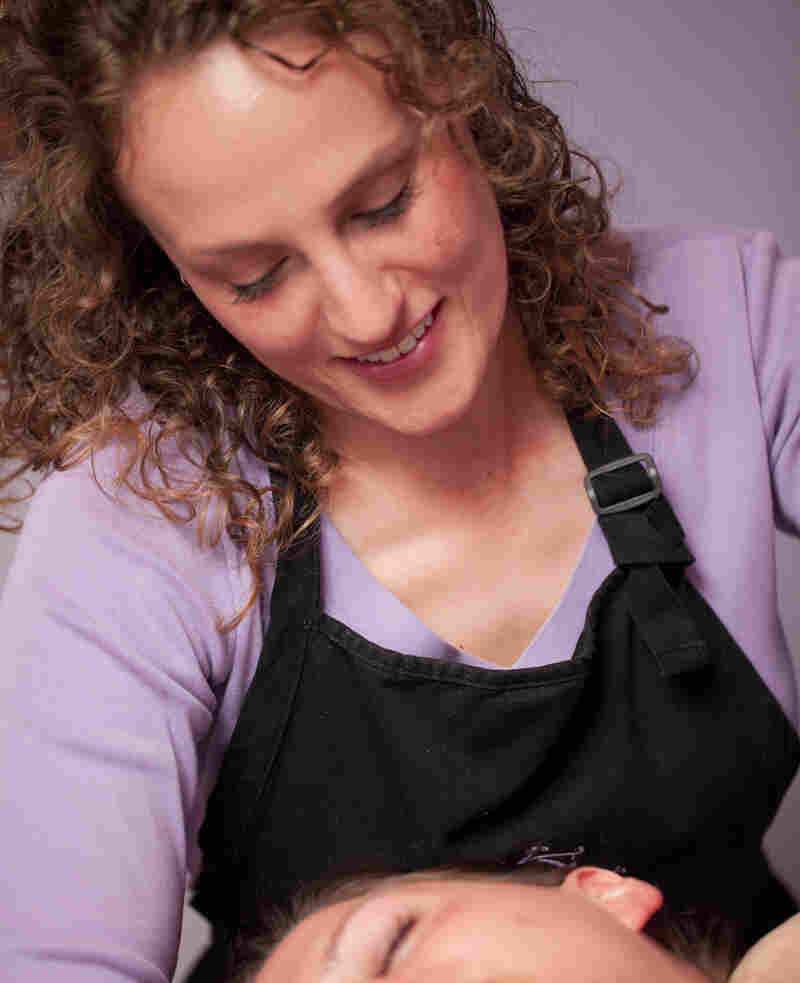 Calvert Thompson in a photo before she had to close her massage and spa business this week after all her customers cancelled. Mollie Tobias Photography/Courtesy of Calvert Tompson hide caption 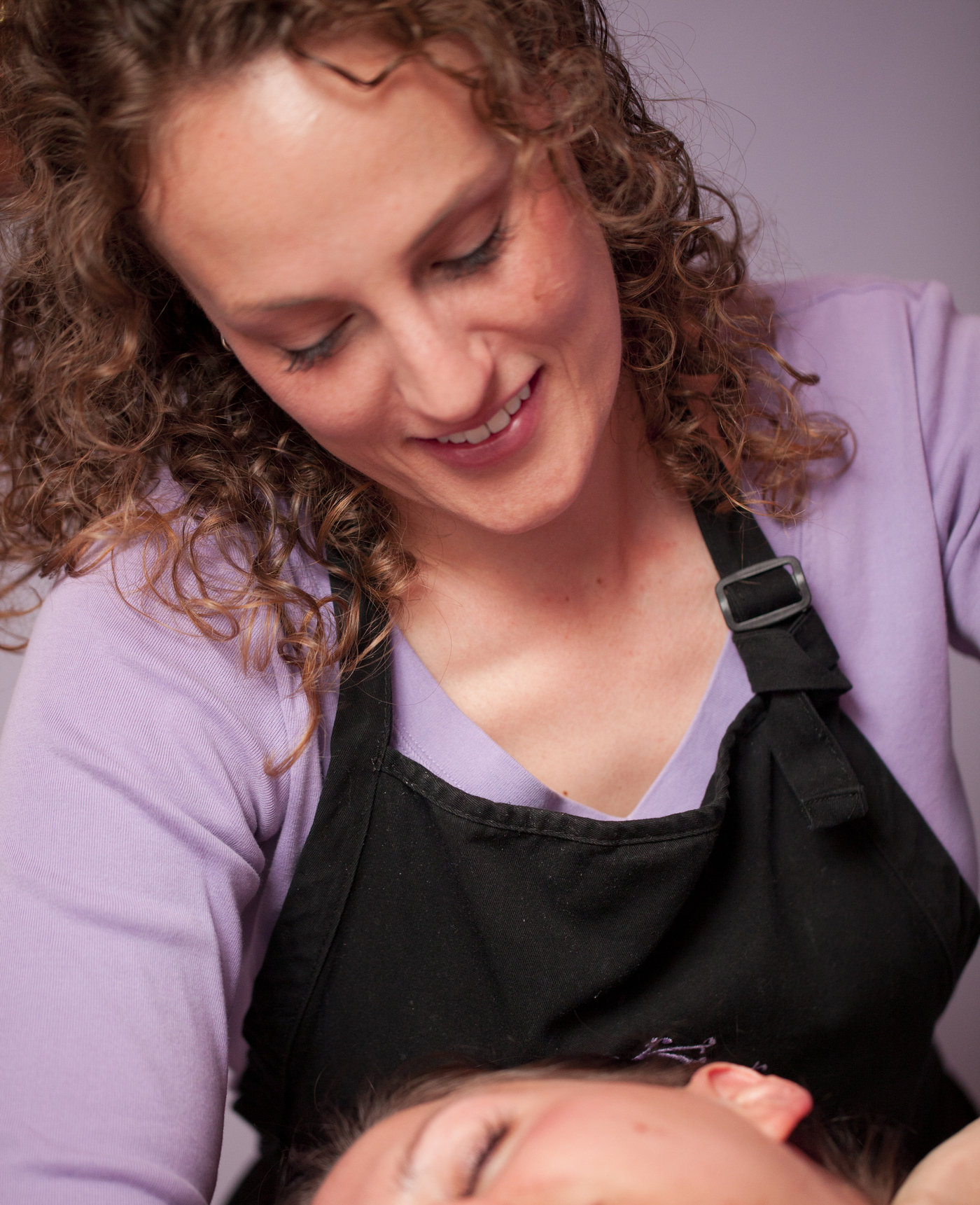 Calvert Thompson in a photo before she had to close her massage and spa business this week after all her customers cancelled.

"Today, actually, we had zero clients," says Calvert Thompson, who runs a massage and spa business in Herndon, Va. "We have 13 full-time W-2 employees and I'm definitely trying to figure out what I can do to help keep all of our heads above water during this."

"This is my entire life's work. I've been in business and really successful for going on 15 years now," she says.

Poll: Nearly 1 In 5 Households Have Lost Work Because Of Pandemic

But Thompson says she's scared. "Really in a matter of weeks, we could reach a critical point."

Karen Mills, who headed the Small Business Administration after the financial crisis, says, "We need to think about how we make sure small businesses weather this storm."

She saw then how quickly business can go under and people can lose their jobs. "Half the people who work in this country work for or own a small business," Mills says.

"We used them very effectively in the Gulf during the BP oil spill," Mills says. She says the loans were given to shrimp boat businesses that couldn't bring in any money for a long time because of massive spill. (The SBA is posting information for business owners here.)

But getting those loans can take time. The U.S. Chamber of Commerce is calling on the federal government to make SBA loans available to small businesses more quickly and easily by "eliminating the complex and time-consuming local certification processes."

The Chamber also said in a statement, "the SBA also should be given the authority to streamline its disaster-loan approval process for amounts below $350,000 in order to provide emergency capital more quickly." The group says urged removing a requirement that small businesses show they can't get credit elsewhere before turning to the SBA.

Given the unprecedented shutdown or slowdown in business across the country, it's likely small businesses will need help beyond what the SBA is able to do.

Some experts are calling on the Treasury Department and the Federal Reserve to work with thousands of banks around the country to issue emergency loans. A third coronavirus bill taking shape in Washington could include an emergency small business interruption loan program.

For her part, Thompson says she's trying to get a $40,000 SBA loan, though she's not sure what the terms will be and she says the process has been confusing. She doesn't want to borrow more than she can pay back. But she needs to pay rent on her location and her equipment.

And Thompson wants to help her employees who get paid by commission "to supplement them so that they could stay in their apartments. Just sort of dole it out."

She says she pictures doing that to help her workers like the scene in the movie It's Wonderful Life, when George Bailey is handing out money to desperate townspeople. "At the end where he's like, you know, how how much money do you really need for two weeks?" Thompson says.

But to help her workers and keep her business from going under, Thompson says she needs help very soon.

"In just the last couple of days that number has increased up to over 80% are feeling that impact on their business," Groves says.

Nearly 1 in 5 U.S. households are experiencing a layoff or a cut in work hours, according to a new NPR/PBS NewsHour/Marist poll.