Accessibility links
Households Can Do 2020 Census On Their Own While Field Operations Suspended U.S. households can respond at my2020census.gov, over the phone or by paper. But to "protect the health and safety" of the public, the Census Bureau says it's pausing field operations for two weeks. 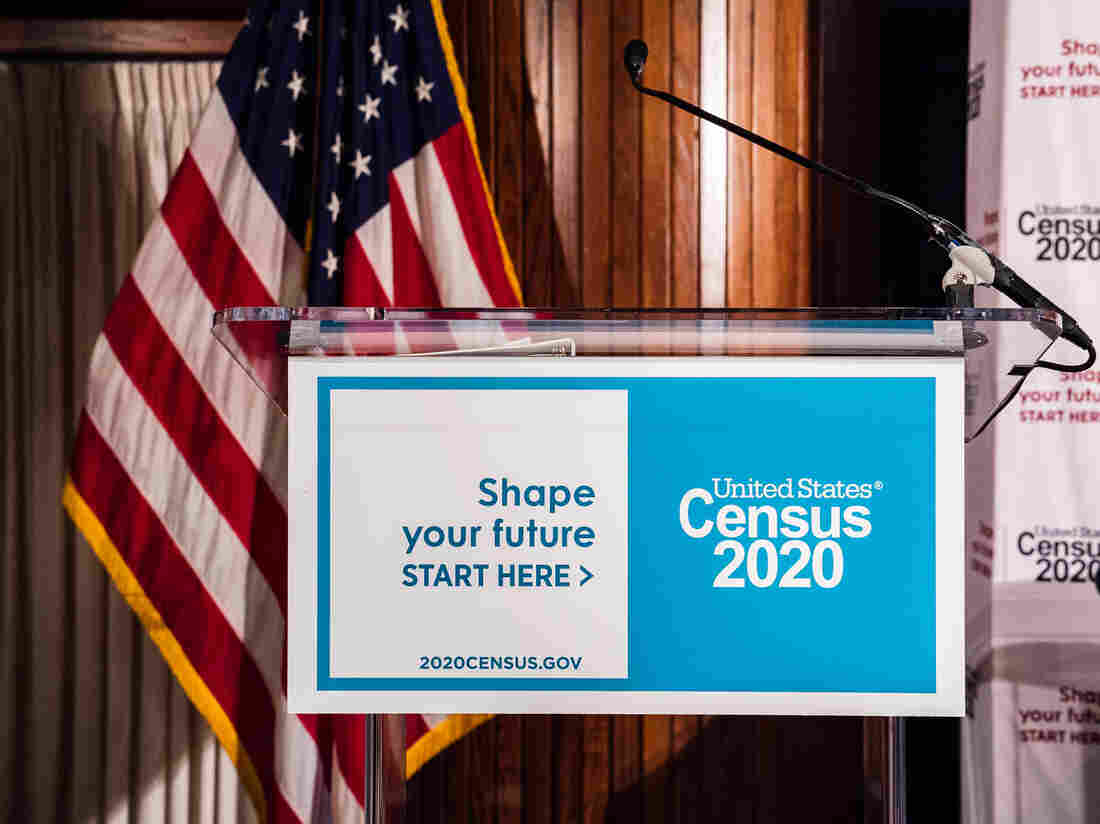 The Census Bureau announced Wednesday that it is temporarily suspending field operations for the 2020 census until April 1. Households, however, can continue to respond on their own online, over the phone or by paper. Amr Alfiky/NPR hide caption 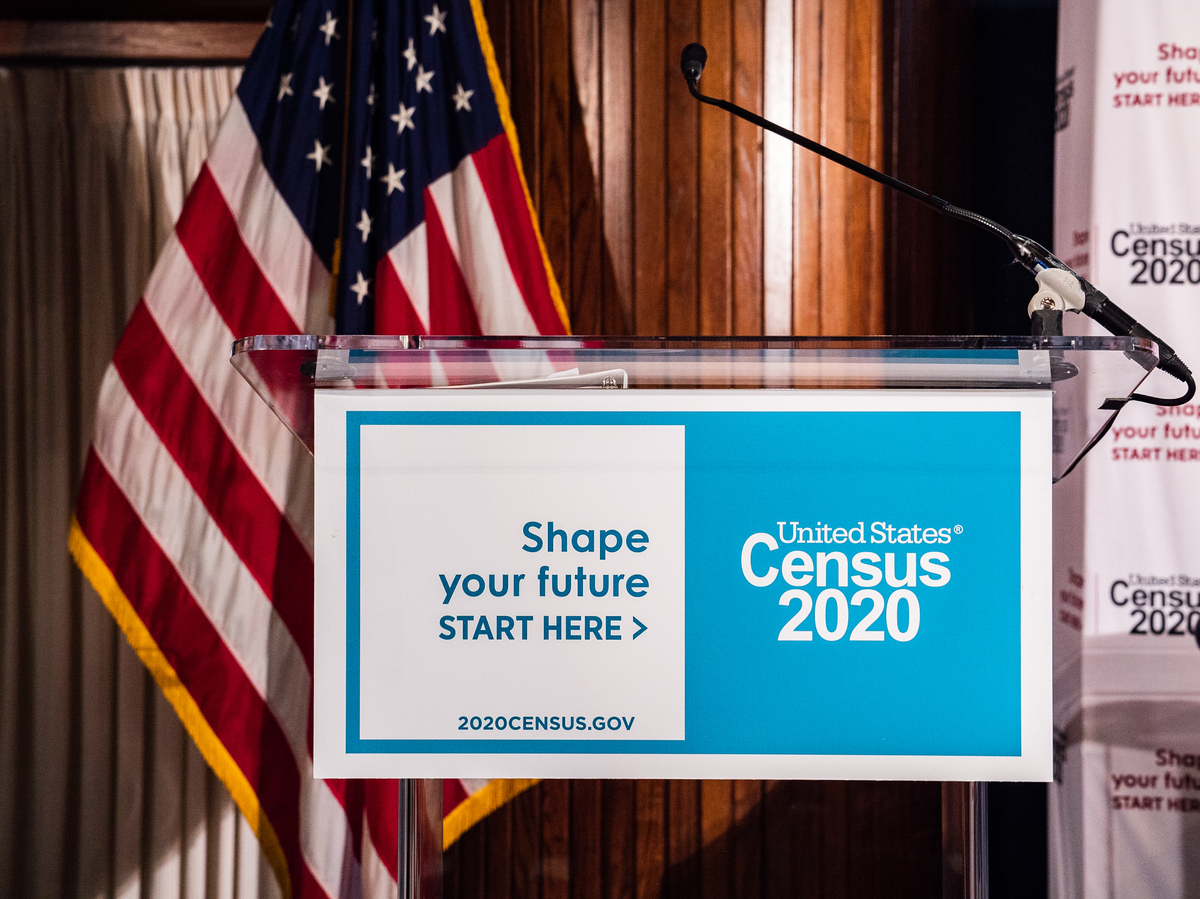 The Census Bureau announced Wednesday that it is temporarily suspending field operations for the 2020 census until April 1. Households, however, can continue to respond on their own online, over the phone or by paper.

The coronavirus pandemic is forcing the U.S. Census Bureau to temporarily suspend all field operations for the 2020 census for two weeks until April 1, the agency announced Wednesday in a statement on its website.

As the country continues to bunker down in response to the spread of COVID-19, the bureau's director, Steven Dillingham, says it is making the change "to help protect the health and safety of the American public, Census Bureau employees, and everyone going through the hiring process for temporary census taker positions."

For the next couple of weeks, the bureau is also reducing the number of on-site workers at two facilities in Jeffersonville, Ind., that process paper census forms, the bureau says in a separate statement on its website.

Another facility in Phoenix that also processes paper forms is "adopting social distancing practices in line with guidance from health authorities," Michael Cook, a spokesperson for the bureau, told NPR in a statement on Thursday.

Many census advocates are worried that the ongoing public health crisis could jeopardize the bureau's ability to accurately count the U.S. population this year as required by the Constitution.

All U.S. households, however, can continue to respond to the census on their own either online at my2020census.gov, over the phone or by paper form, if they receive one. Official letters with instructions on how to participate in the national head count are expected to arrive at most homes by Friday.

Coronavirus Is Making It Even Harder For The Census To Count Every U.S. Resident

The announcement comes days after the bureau confirmed to NPR on Saturday that it is delaying deploying door knockers to college towns until April 23 and waiting until early April to start sending out census workers with computer tablets to help people complete online forms.

Still, there has been a lot of uncertainty about how the bureau plans to protect early rounds of census workers expected to go door to door to count residents in remote parts of Alaska and Maine, and in some American Indian tribal territories. Other workers were set to leave paper questionnaires in Puerto Rico and other places recovering from natural disasters. The bureau had also been preparing to conduct an in-person count of people experiencing homelessness.

Recently hired enumerators, also known as door knockers, and other field staff have been gathering around the country for training sessions. The bureau confirmed to NPR on Saturday that at least one employee, who was hired to be a census field supervisor, has tested positive for COVID-19 and is in quarantine.

"The employee is following guidance of the Iowa Department of Public Health," Michael Cook, a spokesperson for the bureau, said in a follow-up email on Sunday.

While that employee has not interacted with the public on behalf of the bureau, the census field supervisor was in contact with a "very limited number of employees" at a training session, and all of them are in self-quarantine, Cook said on Saturday.

The latest state population counts are due to the president by December 31, according to federal law.

The numbers of every person living in the U.S. determine each state's share of congressional seats and Electoral College votes for the next decade. They also guide how as much as $1.5 trillion a year in federal funding for Medicare, Medicaid and other public services are divided up among local communities.

In the written statement, Dillingham said that as of Wednesday morning, more than 11 million households have submitted a census response on their own through the Internet since March 9, when the online form at my2020census.gov was soft launched.

Rep. Carolyn Maloney (D-N.Y.), who helps oversee the 2020 census as the chair of the House Oversight and Reform Committee, says she hopes more households will continue to find ways to respond to the census during the temporary pause in field operations.

"Every American should know that this does not affect your ability to self-respond," Maloney said in a statement. "By responding now, you will ensure that the Census Bureau does not need to send a census worker to your door."

A previous version of this story said the Census Bureau is reducing the number of on-site workers at its processing center in Phoenix for paper census forms until April 1. In fact, that staffing change is happening only at two facilities in Jeffersonville, Ind.