Accessibility links
Grocery Shelves Won't Always Be Empty The sudden spike in demand driven by the coronavirus pandemic has meant shortages at many stores. But retailers say products will return to shelves and urge customers to not panic or hoard items. 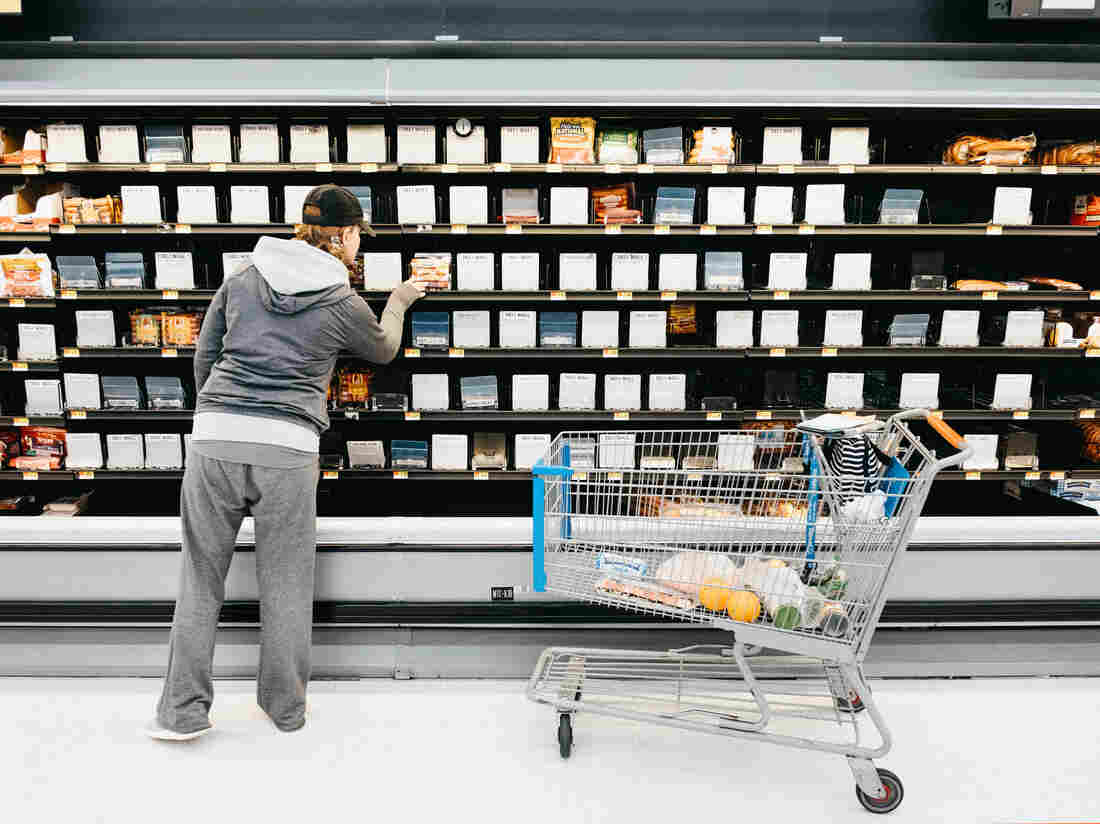 A person shops in front of the empty shelves in the deli section of a Walmart Supercenter in Nashville on Saturday. Jason Kempin/Getty Images hide caption 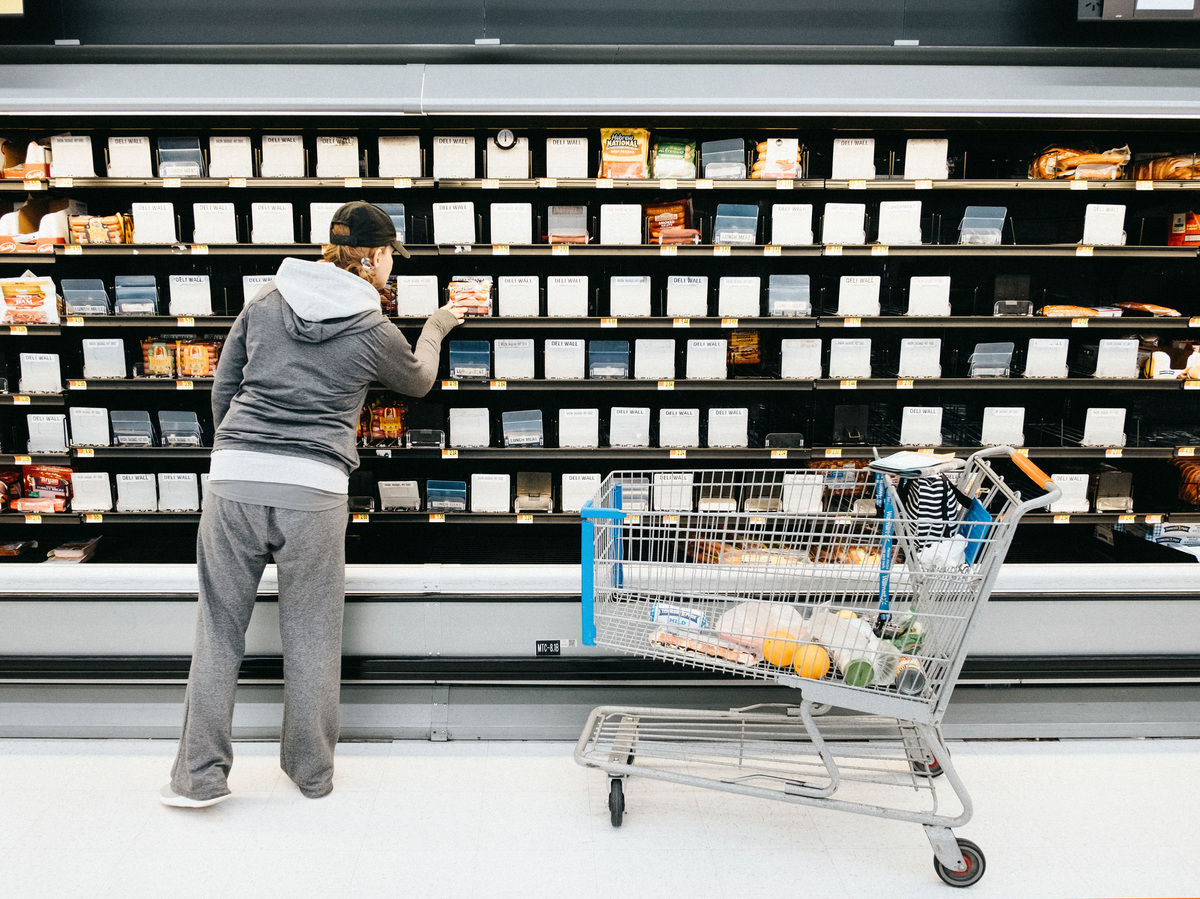 A person shops in front of the empty shelves in the deli section of a Walmart Supercenter in Nashville on Saturday.

At a Safeway in Washington, D.C., this week, 19-year-old Tala Jordan was having trouble checking items off her shopping list.

"I got liquid eggs instead," she said. "Had to compromise somehow."

Jordan was shopping for a family of four — her sister, mom and grandmother. And like families across America, they saw others making a rush to buy goods and figured they should stock up as well.

Nielsen reported spikes in sales of medical supplies and nonperishable food earlier this month. And it predicted more pandemic-driven shopping as federal, state and local governments urge people to stay at home to avoid spreading the coronavirus.

Retailers assure shoppers they will stay open. Grocery stores provide a critical service to communities, and even in pandemic-struck Italy, where the entire country is under lockdown, grocery stores and pharmacies kept operating.

But shortages of some high-demand items may continue for a while.

UNFI, one of the largest food distributors in the United States, says some warehouses are running at 200% to 500% their average capacity at this time of year. It's like the weekend before Thanksgiving — day after day after day.

Even when supply exists, there can still be shortages.

Still, it takes time for a distributor to pack a truck and send it to a store. "If they fill that store's backroom inventory, that may not be enough because that may sell out in one day or less," Durrani says. "And they're used to having inventories that last a week or two."

That can mean empty shelves, at least temporarily. But retailers and producers can meet this challenge, he says, because America has strong supply chains.

And at least for now, American food producers are not experiencing production troubles. The barren shelves are simply a reflection of the unusual increase in demand.

Testa says his company is working to recruit out-of-work warehouse workers and truckers from industries hit hard by the coronavirus to help meet the urgent need at distribution centers.

While shortages persist, retail trade groups are urging people not to buy more items than they would use in a couple of weeks — to give others a chance to meet their basic needs.

In addition, grocery shopping can mean braving crowds, exactly what everyone is supposed to avoid in order to fight this pandemic. Experts recommend attempting to shop at less-popular times of day. Some grocery stores also highlight their delivery options, while noting those services are barraged by orders and may experience delays.

Many stores are reducing their opening hours to allow more time to restock and clean, and a few have special hours when they're open just for seniors, who are particularly vulnerable to the coronavirus.