Accessibility links
Unemployment Websites Are Crashing Across The Country With more and more businesses shutting down around the country, a flood of new unemployment claims are pouring in. But President Trump continues to downplay the impact of the virus on the economy. 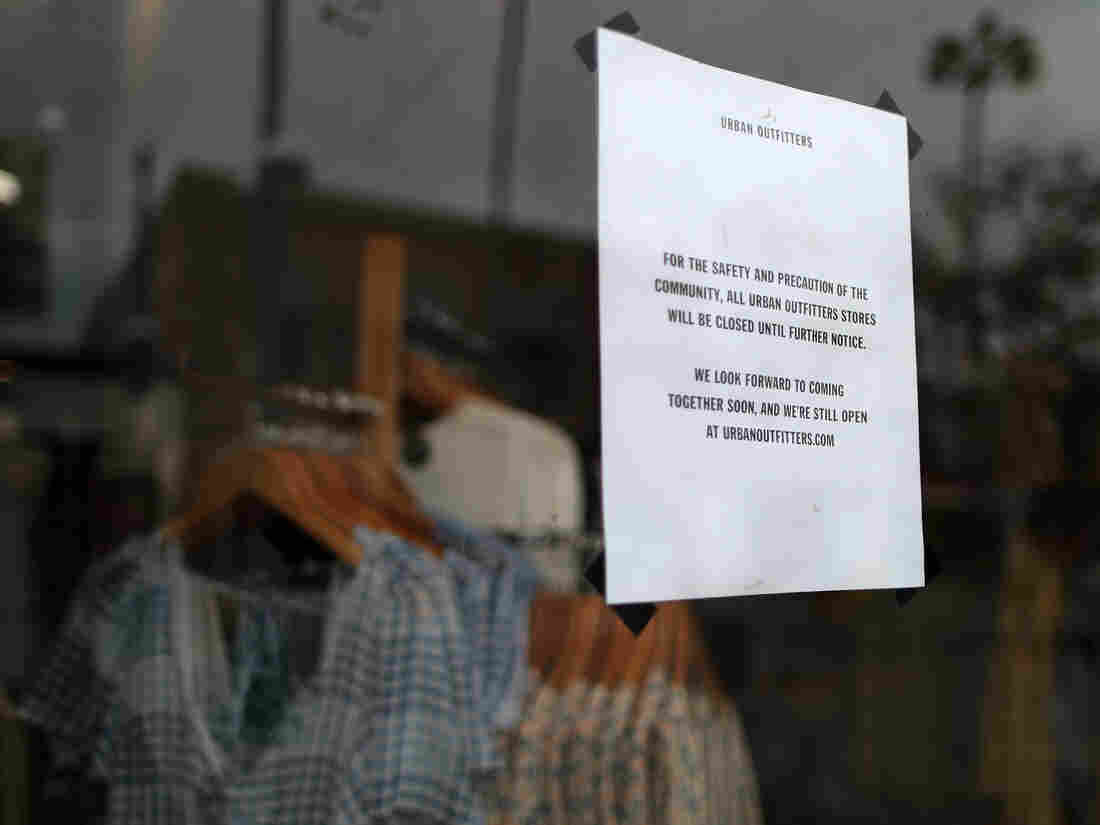 An Urban Outfitters store displays a closed sign in Santa Monica, Calif. With businesses shutting down around the country, a flood of new unemployment claims are pouring in. Lucy Nicholson/Reuters hide caption 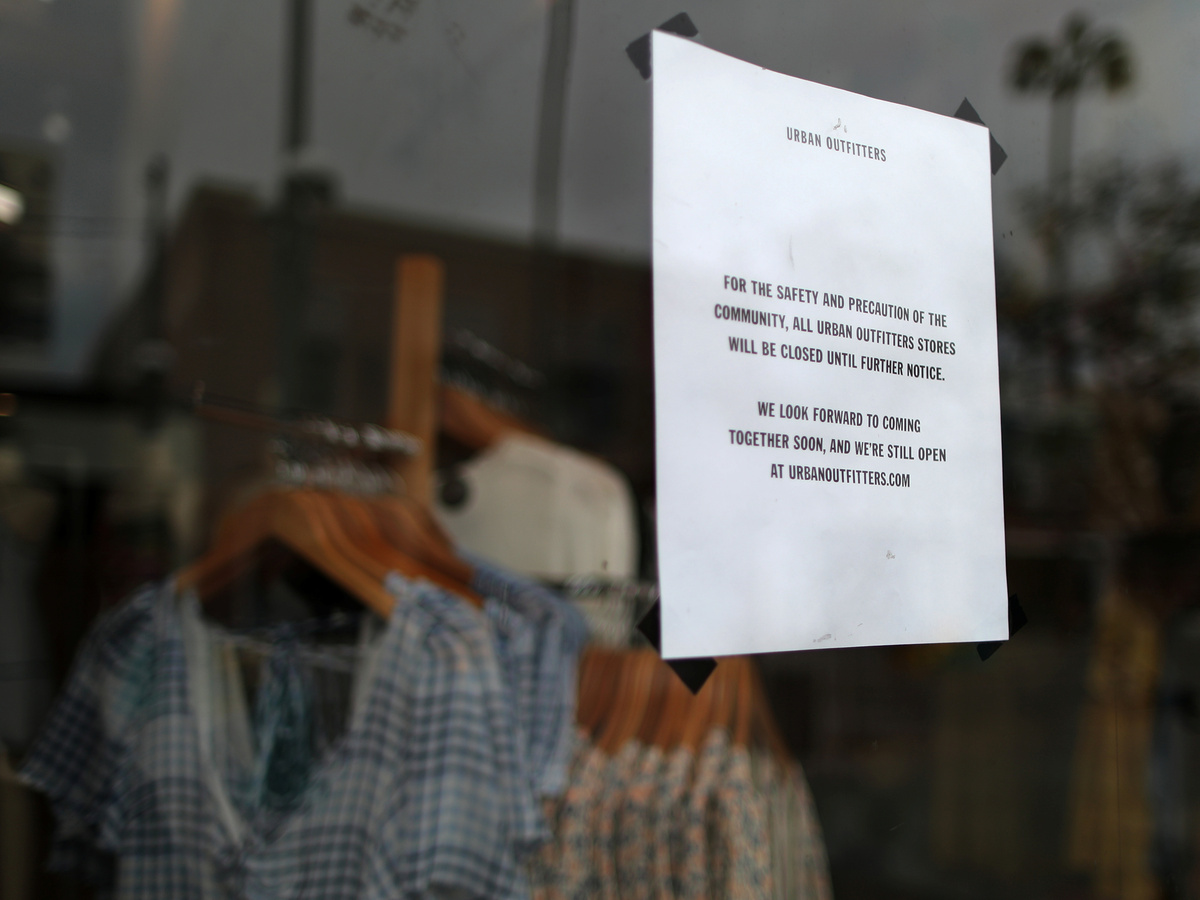 An Urban Outfitters store displays a closed sign in Santa Monica, Calif. With businesses shutting down around the country, a flood of new unemployment claims are pouring in.

While some states are getting deluged with so many unemployment claims their computers are crashing, President Trump continues to downplay the impact of the coronavirus on the U.S. economy.

Trump dismissed a worst-case scenario described by his Treasury Secretary Steven Mnuchin in which U.S. unemployment could soar as high as 20%.

Still, with each passing day, more and more businesses are shutting down temporarily, and layoffs are mounting around the country. Theaters, bars, restaurants and schools have been shuttered in many places, and the Big Three auto manufacturers Ford, GM and Fiat Chrysler have temporarily stopped production.

As a result, the number of workers filing for unemployment insurance has skyrocketed in the space of a few days.

"Last Monday the 9th of March we know we had about 400 people initiate claims in the system," says Joe Barela, executive director of the Colorado Department of Labor and Employment. "Yesterday at 10 a.m. there were about 6,800 people trying to enter claims in the system." With tourism at a standstill, his state has seen a big drop-off in spending at ski resorts and hotels.

Barela says two weeks ago it took ten minutes for callers to get through to the employment office. Now it takes at least an hour.

In Ohio, 78,000 people filed for unemployment during the first three days of this week alone, compared to 6,500 in all of last week.

Until last month, Lauren Egypt worked in the Atlanta office of a company that arranges freight shipments from China. With the coronavirus cutting into business, she wasn't surprised to lose her job and decided to focus her energies on her side gig, an event planning business.

But that work has dried up too and now she expects to go on unemployment, she says.

"Kind of in a 48-hour period, many of those contracts just were kind of eliminated and people just started canceling events," she says.

In several states, including New York, Oregon and New Jersey so many people applied for unemployment that computers went down.

"We saw a record number of unemployment insurance applications, so many in fact that the state system crashed," says New Jersey Gov. Phil Murphy.

While many companies now allow their employees to work at home, telecommuting isn't an option for large numbers of workers, like those who work in restaurants, says Heather Boushey, president of the Washington Center for Equitable Growth.

"All those folks who have jobs that require face-to-face contact, many jobs in services, there's no demand for that work right now and quite frankly it can be dangerous for folks to do those jobs," she says.

Restaurants in particular have been hard hit by the virus, warns celebrity chef Tom Colicchio.

"If 75% of the restaurants open after this I'd be surprised," he said in an interview on CNN. "We're looking at a massive, massive problem. This is our generation's World War Two moment and we need to rise to it."