Accessibility links
Coronavirus Shortage Of Masks, Ventilators Leads To Use Of Cold War Law A law that allows the executive branch to direct industrial production is being used to spur firms to step up their output of scarce items, such as face masks and ventilators. 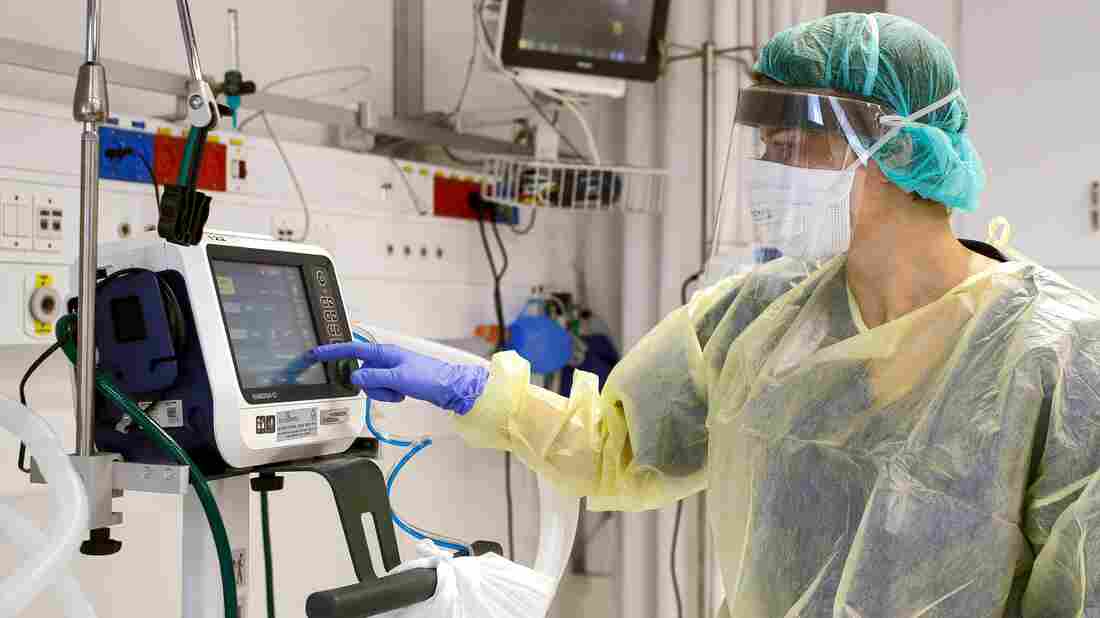 A demonstration of a ventilator for future patients with coronavirus at Samson Assuta Ashdod University Hospital in Ashdod, Israel. Jack Guez/AFP via Getty Images hide caption 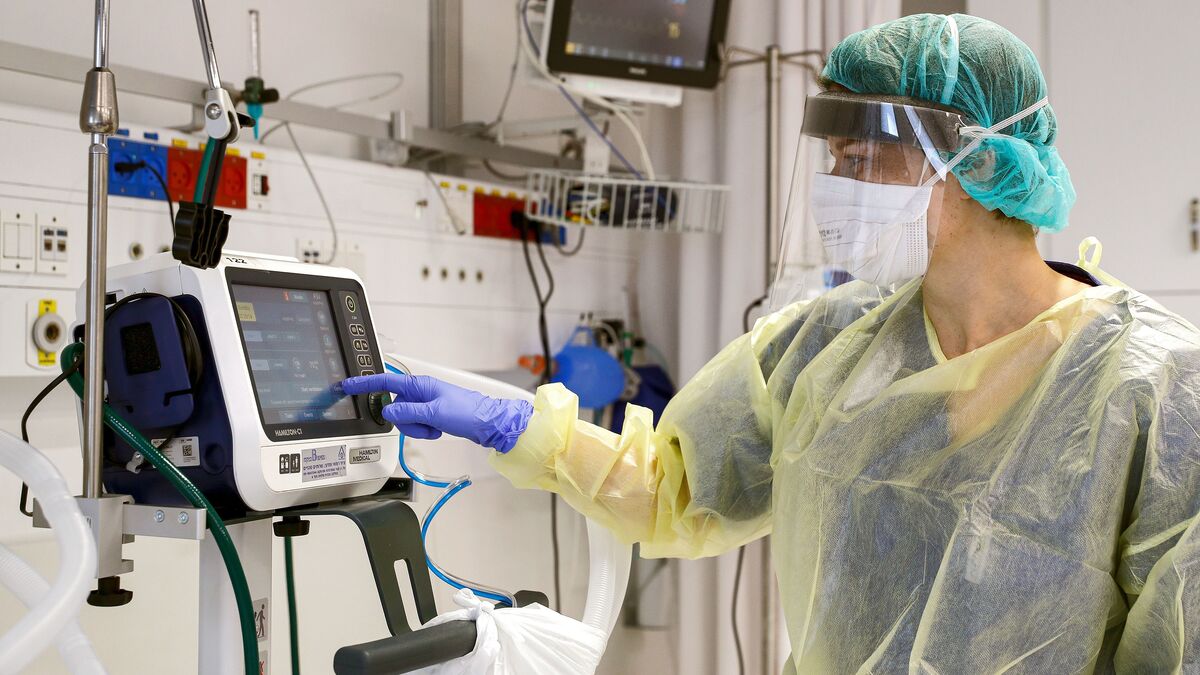 A demonstration of a ventilator for future patients with coronavirus at Samson Assuta Ashdod University Hospital in Ashdod, Israel.

Bowing to increasing pressure to do so, President Trump announced Wednesday he would use a law dating back to the early years of the Cold War to address serious shortages of supplies needed for responding to the coronavirus outbreak in the U.S.

"We'll be invoking the Defense Production Act, just in case we need it," Trump told reporters at a White House news conference. "It can do good things if we need it."

The move was welcomed by one expert on the law.

"They should have done this days ago," says Jeffrey Bialos, who was in charge of the Pentagon's use of the Defense Production Act during the Clinton administration. "Is this Nirvana? No. But I think given where we are, I think this is a useful set of tools that if used in the right hands could be effective."

Here is a Q&A about the law that Trump has invoked:

What exactly is the Defense Production Act, or DPA?

The DPA is a law that has its origins in the War Powers Acts of World War II, which granted the executive branch broad powers to direct industrial production for the war effort. Those authorities were allowed to expire when the war was over, but in 1950, after Soviet-backed North Korea invaded South Korea, President Harry Truman revived those lapsed powers by persuading Congress to enact the DPA.

But this is not a war — this is a health crisis. How does the DPA relate to the coronavirus pandemic?

The law contains a section that authorizes the president to control the production and distribution of scarce materials deemed "essential to the national defense." In his executive order, Trump specifically cites protective equipment (presumably face masks) and ventilators as meeting the criteria in this provision.

How do the broad authorities in the DPA work for stepping up industrial production?

The U.S. government is able to make contracts with industry under the law prioritizing the production of goods in scarce supply. It can also provide loan guarantees or lend money directly to targeted industries, and it can shield them from anti-trust actions resulting from firms cooperating and planning with one another. And if those incentives prove insufficient, administration officials can also use what's called an "allocation authority" — namely, telling firms that the government has the right to purchase their products above anyone else.

"You could use the prospect of these things to get them to agree to what you want to do — it's a sword of Damocles authority, if you will," says Bialos. "Fundamentally, this is a set of tools the administration can use to negotiate with companies in an industry. So if you're short of some product — ventilators, face masks, whatever — you call in the company, survey their capabilities quickly, understand what they can and can't do, and then you start dealing."

Who will be in charge of implementing the DPA to boost output of masks and ventilators?

In his executive order, Trump delegates his authority to carry out the law "to the Secretary of Health and Human Services with respect to all health and medical resources needed to respond to the spread of COVID-19 within the United States." HHS Secretary Alex Azar is directed to consult with Commerce Secretary Wilbur Ross and the heads of other agencies to determine "the proper nationwide priorities and allocation of all health and medical resources, including controlling the distribution of such materials" for responding to the coronavirus crisis.

What prompted Trump to invoke the DPA?

Trump did not explain why he waited until now to exercise this authority to invoke the DPA. He had come under increasing fire from Congressional Democrats in recent days for not doing so. One of his critics, Sen. Jack Reed, D-R.I., reacted favorably to Trump's change of heart. "Instead of saying we have 'tremendous supplies,' the Trump Administration should start coordinating with the private sector to ensure America actually has the life-saving supplies we need," Reed said in a statement. "Invoking the DPA is a needed step in the right direction."

How quickly might the DPA powers spur increased output of scarce supplies?

Those powers apply only to U.S. companies, wherever they operate, according to Bialos. He says this could prove problematic if those companies have foreign firms in their supply chain. And not all companies are able to quickly shift production to what the government requires. "For a company that already makes the widget, it's easier to say, 'OK, let's put your lines to full capacity, let's repurpose your lines,' " says Bialos. "It gets a lot harder the less substitutable the production mix is."

Still, Bialos expects the law will make a difference.

"I think in the short term, it's a tool to effectively squeeze and mobilize the industrial base," he says, "to get the most out of it."

He also thinks the DPA could prove useful in preparing to face the next crisis. "We obviously need a stockpile of certain kinds of things for these pandemics that we should put in place and don't have sufficiently set up," notes Bialos. "And you could use this authority to buy things to stockpile so that five, six months from now we're not in the same situation again."