Accessibility links
Tribal Programs That Prepare For Public Health Crises Readying For Coronavirus Native health services are preparing for the eventual arrival of the coronavirus on reservations and in Native communities, but the system is already strained. 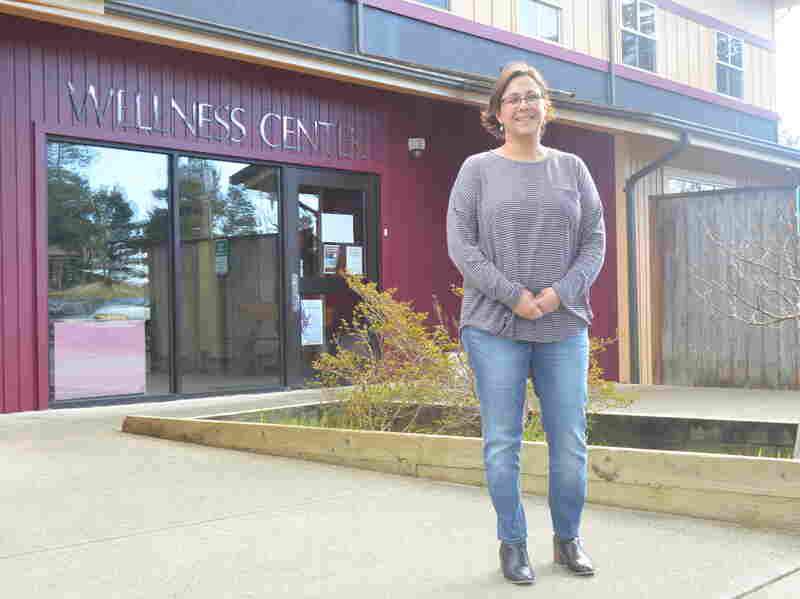 Kim Thompson, the health director of the Shoalwater Bay Tribe, says the clinic isn't ready for novel coronavirus cases yet, but they're trying to get there. Eilis O'Neill/KUOW hide caption 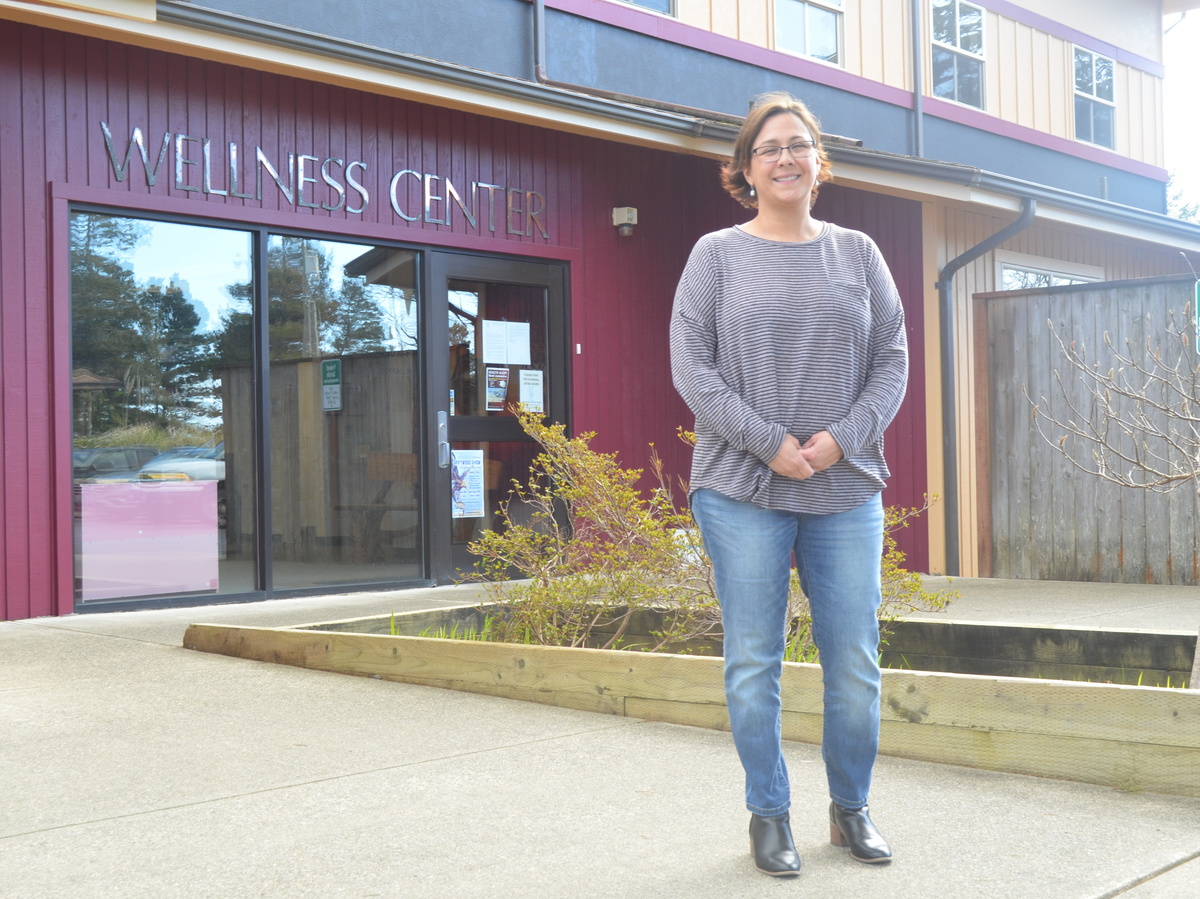 Kim Thompson, the health director of the Shoalwater Bay Tribe, says the clinic isn't ready for novel coronavirus cases yet, but they're trying to get there.

The Shoalwater Bay Reservation in southwest Washington is right on the Pacific Ocean. It's small and isolated, with about 100 residents, one gas station, and a small casino.

Kim Thompson is the tribe's health director. As she gave a tour of the clinic recently, she said they're not ready for novel coronavirus cases yet — but they're trying to get there.

"This is where we have it set up so patients can come in through this back door," avoiding contact with other patients, she said.

Thompson said the clinic will soon be able to take swabs from patients and send them off to a commercial lab to test for the novel coronavirus.

"We haven't set up the gowns or everything yet, since we don't have all the testing materials yet," she added.

Across the country, public health workers on Native reservations are scrambling to prepare for COVID-19. In South Dakota, an Indian Health Service clinic confirmed a case. And, in Washington state, one of those who died at the hard-struck nursing home in Kirkland was a member of the Cowlitz Indian Tribe. But tribes are expecting much worse to come, and they're trying to get ready.

At Shoalwater Bay, Thompson said getting supplies and the money to pay for them has been difficult.

"Funding is a unique challenge," she explained. "We have a budget that we're allotted every year by Indian Health Services. And, when that money runs out, we have to count on our third-party revenue" — that is, payments from insurance companies.

"The smaller tribes are the most hit," said Vicki Lowe, the director of Washington state's American Indian Health Commission, and a descendant of the Jamestown S'Klallam Tribe.

She said many tribal programs that prepare for public health emergencies like this one are strapped.

"So, when there's an outbreak, an emergency like this, it just stretches them even thinner," she said.

To avoid spreading the novel coronavirus, some tribes are closing their casinos. Others are enacting rigorous cleaning procedures.

"If [tribes] have to shut down a business, they might lose some of their cash flow to help fund their [public health] staff," Lowe said.

The Indian Health Service is distributing additional coronavirus funding, but it works out to only about $70,000 per tribe, and smaller tribes could get much less than that.

Experts say that's a drop in the bucket compared to what's needed to pay for testing kits and for personal protective equipment for health care workers. And isolating and caring for infected community members will also require resources.

Lowe said, in some ways, Washington state's 29 tribes are better positioned than tribes in other states to respond to an emergency like this one, because of work the state's American Indian Health Commission has done.

Beyond funding, Lowe said, another challenge for tribes is that many of their members are medically vulnerable.

"Those chronic diseases make them at higher risk if they do contract the virus," she added.

"And we could imagine a situation where every speaker of a language could pass away," said Tony Johnson, chairman of the Chinook Tribe, just next door to Shoalwater Bay.

"The fluent first language speakers of the languages of the Pacific Northwest are basically all in the demographic that is at really high risk," he said.

Coronavirus Is Making It Even Harder For The Census To Count Every U.S. Resident

Johnson said memories of smallpox are also putting Native people on edge during this new pandemic.

"We live in a community where not very long ago more than 90% of our community died from imported disease," he said.

Johnson said he wants to make sure that doesn't happen now. He's taking precautions such as not allowing his 9-year-old daughter to visit her grandparents. To protect the community's elders, Johnson has also cancelled all tribal events, including a big annual story-telling gathering and an event to encourage community members to participate in the 2020 census.

Many tribes have had to do that — and they're worried that their communities might get undercounted as a result, which would exacerbate funding problems down the road.

That said, "our real goal is to take care of our community that's endangered by this virus," Chinook chairman Tony Johnson said, "as long as it takes to get a vaccine."