Concert halls and music venues around the world have been shuttered due to the outbreak of the COVID-19 pandemic, but before closing its doors, the Philadelphia Orchestra gave one last performance on March 12 — to an empty concert hall.

Conductor Yannick Nézet-Séguin describes the experience of playing in a vacant hall and hearing silence at the end of each piece as "very, very unsettling."

"There was a feeling of emptiness that was challenging," he says. "[It] all made us realize how much we need the audience to bounce our energy back."

Although the seats were empty, the performance of Beethoven's Fifth and Sixth Symphonies reached more than half a million people, airing on public radio and livestreaming for an online audience, who commented in real time.

"The comments that we got during this livestream were all so beautiful," Nézet-Séguin says. "I just see it as another manifestation of the need to feel part of a community when we share great art together."

In addition to directing the Philadelphia Orchestra, Nézet-Séguin is also the music director of New York's Metropolitan Opera, which recently canceled all performances through the end of its 2019-20 season due to COVID-19. As a Canadian, he returned to Montreal to be with family after the unusual concert.

"We are living unprecedented times, but relatively speaking, I think we have to count our blessings," he says. "Hopefully, when this is all over, we can resume our live offering with a renewed sense of how important it is for us all to feel like a community."

Editor's note: The audio version of this interview includes Terry Gross' interview with Nézet-Séguin for a live audience at WHYY, which was broadcast on April 4, 2019.

On the experience of conducting the orchestra to an empty hall

It became a memorable event and experience for all of us on the stage to perform in front of an empty hall. Now, we're communicators, musicians. That's why we do this. Some of what we do is very lonely, [like] when we study scores or when we practice our instrument. ... But all of this is ultimately to share, and to have all of a sudden the component of having an audience [taken away] — so someone who can react immediately, physically in the same space as we are to what we do — is really unsettling. Immediately, I think for all the musicians and myself, we realized that we were missing this very important part of what we do. ... The live experience, already we miss it. 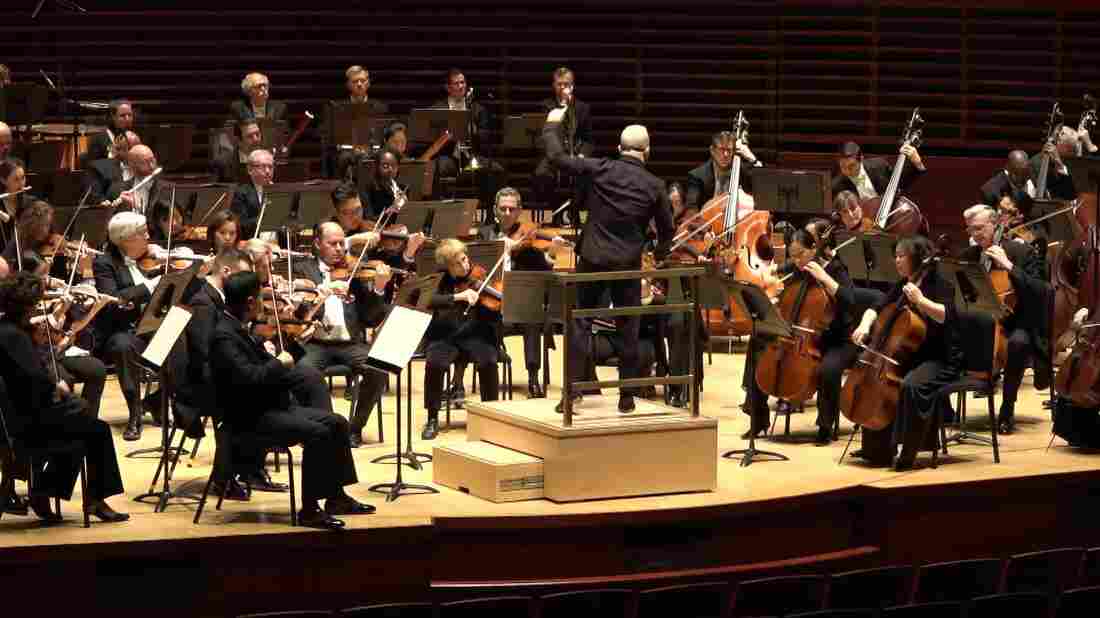 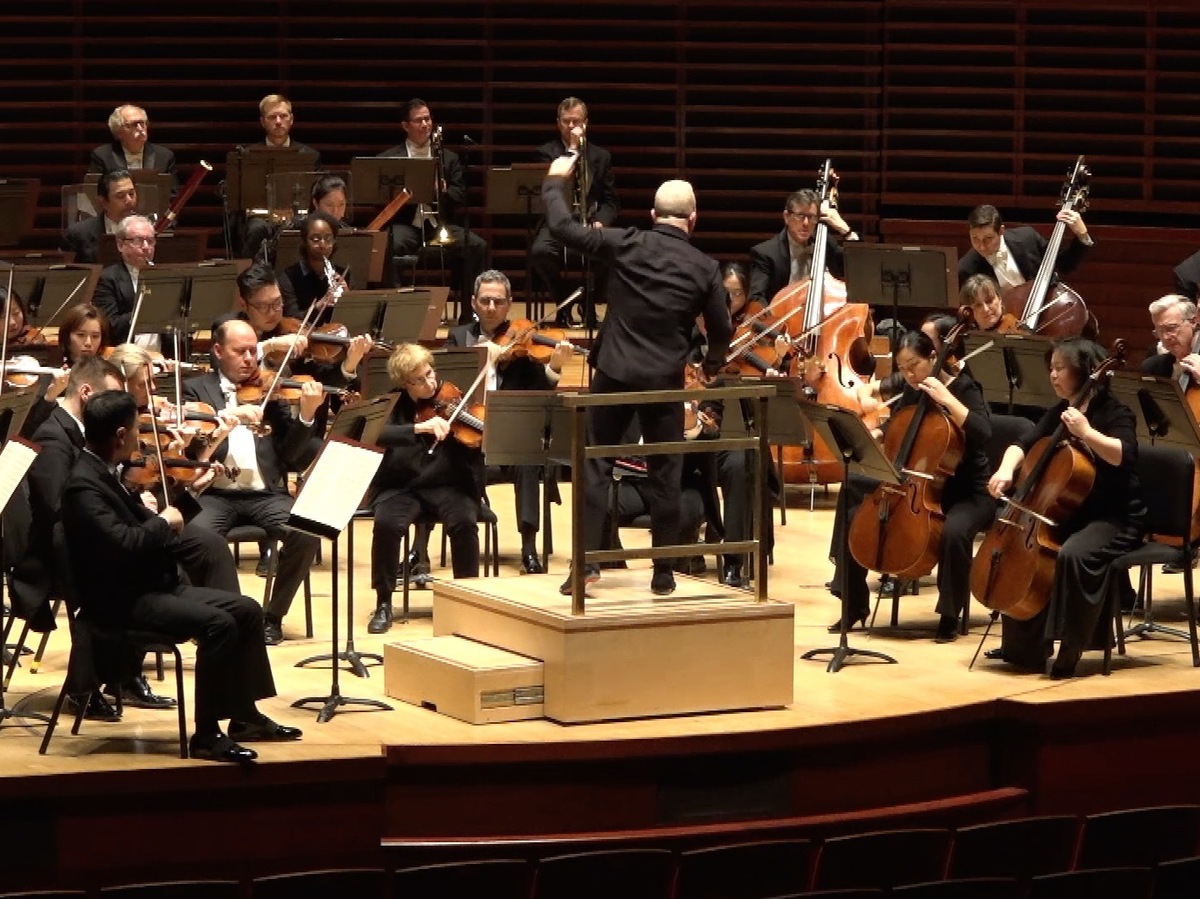 "This was one of the most memorable [performances]," conductor Yannick Nézet-Séguin says of the Philadelphia Orchestra's March 12 concert, played to empty hall.

Courtesy of the Philadelphia Orchestra

On the audience commenting live on social media during the performance

I welcome this with open arms. I have to say, this is just showing that being together in one space collectively — like you would normally be in the concert hall — is a way of connecting with your neighbor, even if you're not talking. ... However, if as a [collective] you are not allowed to be physically with a certain community, then the community [is made] by feeling that you're listening with several thousands of people at the same time to the same stream. And therefore I really understand the impulse of wanting to comment.

This music is not called "classical" for nothing. ... I think this is where precisely ... art has been able to give comfort, to give hope, to give guidance, to give a moment to breathe ... and now is no exception.

We always planned these concerts to be the start of a Beethoven cycle. So this is the 250th anniversary of [the birth of] Beethoven. ... So then when this situation happened, we did not change the program. This is what we were rehearsing and planning on playing. I don't want to read signs of any kind, but the opportunity to connect to our audience in such a moment of shock in the world — where all of this is happening and we can't access the concert hall, but having it with Beethoven, whose music is probably the most popular or best-known in the symphonic world — and this Fifth Symphony is the representation of destiny and the humankind overcoming its own destiny. And the "Pastoral" Symphony [the Sixth Symphony], which is all about nature and how to reconnect with nature, and nature as a provider and a source of inspiration and hope. We honestly could not have chosen a better program for this, but this is what we had to play.

Every musician of the orchestra played these symphonies countless times, myself included. I conducted the symphony so often, but there was indeed a sense of reconnecting to the purpose of what Beethoven wanted to tell us through these symphonies. Beethoven was a very socially engaged composer and [in] his time had great opinions politically, opinions about also how human nature should take charge of their own destiny or responsibility and their own place in the world. Because he was suffering from hearing loss as a composer, as we all know, he had to reflect on the struggle and how to live with the disease. So there is a lot in his music that is still so relevant as a society.

On the most famous passage of Beethoven's Fifth Symphony

My own vision of ... those four notes is that it's something that's relentless and breathless, and it's actually Beethoven struggling, and it's Beethoven not knowing where this is all going until he finds the solution some 30 minutes later with the last movement. ... This is normally my interpretation of it and, of course with the circumstances, it became even more relentless, even more breathless.

I have to congratulate all the musicians of the orchestra for being so focused in sharing their emotions that moment, even though there was no audience. I believe that at that point, it was quite clear for all of us that it might be the last notes we played together for some weeks or months, and this definitely helped inform the performance or charge it with... more [emotions.]... But this is why we play music, is to [express] these emotions, which are hard to put in words. We can actually express them and have hopefully some people [be] inspired in a kind of cathartic way by listening to it.

On how much of classical music has endured generations of war, disease and suffering

This music is not called "classical" for nothing. ... It becomes a classic because we actually connect through our being and our history and our aspirations collectively as a society, but also individually through these masterpieces, because they have an endless power of regenerating our philosophy or our hope in life. ... Not only [has the music] endured these terrible moments in life, but I think this is where precisely ... art has been able to give comfort, to give hope, to give guidance, to give a moment to breathe ... and now is no exception.

Amy Salit and Seth Kelley produced and edited the audio of this interview. Bridget Bentz, Molly Seavy-Nesper and Cyrena Touros adapted it for the Web.