Accessibility links
FEMA Response To Coronavirus: Trump Declares Agency At Level 1 Status The agency is best known for coordinating aid after natural disasters such as hurricanes and tornadoes. But responding to the coronavirus pandemic is a very different job. 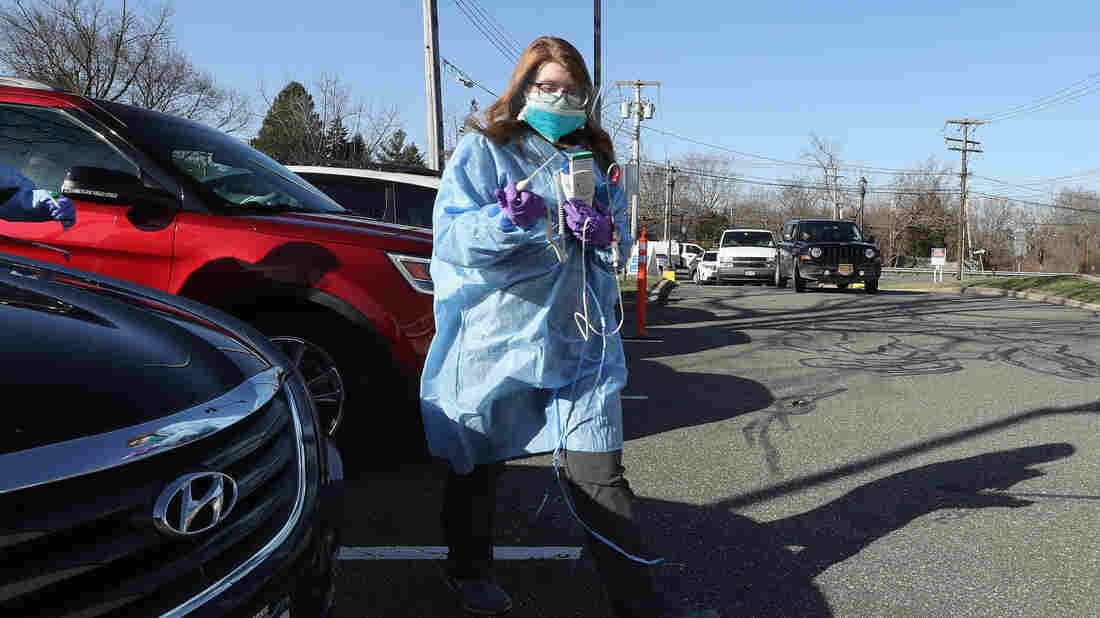 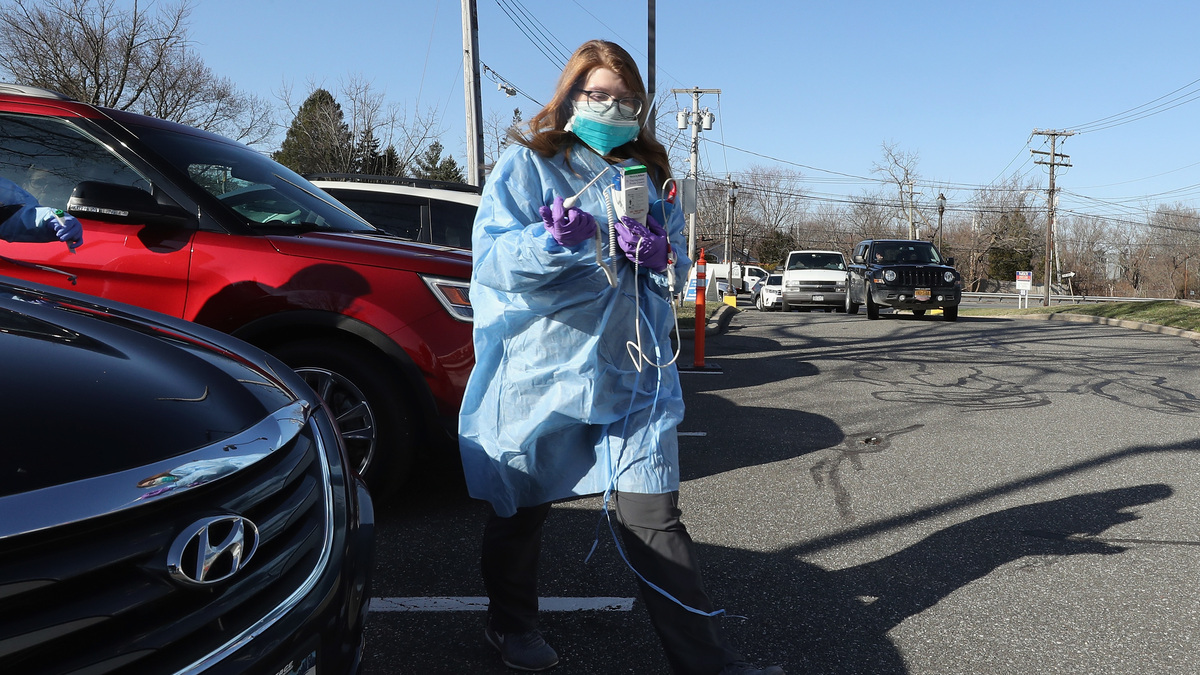 Workers tend to patients at a drive-in center in Jericho, N.Y., that is offering COVID-19 testing.

President Trump announced Wednesday that the Federal Emergency Management Agency "now is fully engaged at the highest levels" in fighting the coronavirus pandemic. Trump says the agency is activated at level 1.

FEMA is best known for coordinating responses with state and local governments to natural disasters such as hurricanes and tornadoes. Responding to a pandemic is a different job for the agency.

"This is a very different kind of work for FEMA," Trump said, "but they will come through as they always do. We have tremendous people, tremendous talent in FEMA."

The agency is readying more than 50 teams to support states and territories across the country "as they activate their emergency operations centers and address the COVID-19 threat," a FEMA spokesperson told NPR.

The elevation in incident level is a step some experts see as long overdue. All of this "could have been done before," Juliette Kayyem, a former assistant secretary of the Department of Homeland Security said. "We have a saying in emergency management ... go big or stay home."

Kayyem, now a professor at Harvard, says FEMA's level 1 "sounds scary, but it's actually quite good knowing the needs that we're about to have." By invoking level 1 status today, Kayyem says, Trump "basically pre-positioned us for what we know is coming, which is tremendous demands on our public safety and public health apparatus."

According to it's website, FEMA defines Level 1 as an incident that "due to its severity, size, location, actual or potential impact on public health, welfare, and infrastructure, ... requires an extreme amount of direct Federal assistance."

Vice President Pence announced that Trump will be hosting all the nation's governors from a video conference at FEMA, "to ensure that they have a full connection to all of the activated regions for FEMA going forward."

While stockpiling generators and bottled water, as it does to prepare for natural disasters is likely not to be necessary this time, FEMA's experience in purchasing large quantities of materials should prove helpful.

James Kendra, director of the Disaster Research Center at the University of Delaware, says under level 1, FEMA's National Response Coordination Center "has gone to a 24/7 staffing status." For the last few days it's been at level 2, meaning a 12-hour status. Kendra adds that at the NRCC representatives of various agencies "gather to exchange information and keep overall track of the federal response and interactions with the states."

And while the Department of Health and Human Services remains the lead agency in the government's response to the coronavirus, Daniel Kaniewski, the former number two official at FEMA, says that Wednesday's announcement "shifts the operational center of gravity from HHS to FEMA," since he says, "the departments and agencies will send staff to FEMA to coordinate operations."

"FEMA now leads federal coordination on behalf of the Department of Health and Human Services," a spokesperson said, "and the White House Task Force who are leading the whole-of-government response to the coronavirus (COVID-19) pandemic."

And despite growing fears around the coronavirus pandemic, Kayyem rates the move Wednesday as "a good day," in terms of how the administration is treating it's response to coronavirus.

She says it signals that the government and the White House "recognize and are anticipating the stresses on our public health and public safety communities at every locality and every state and are beginning to organize resources to support them."