Accessibility links
VA Secretary Wilkie: 'We Are The Surge Force' In an interview with NPR, Secretary for Veterans Affairs Robert Wilkie said the department was ready to deploy if called on to help with the coronavirus pandemic response. 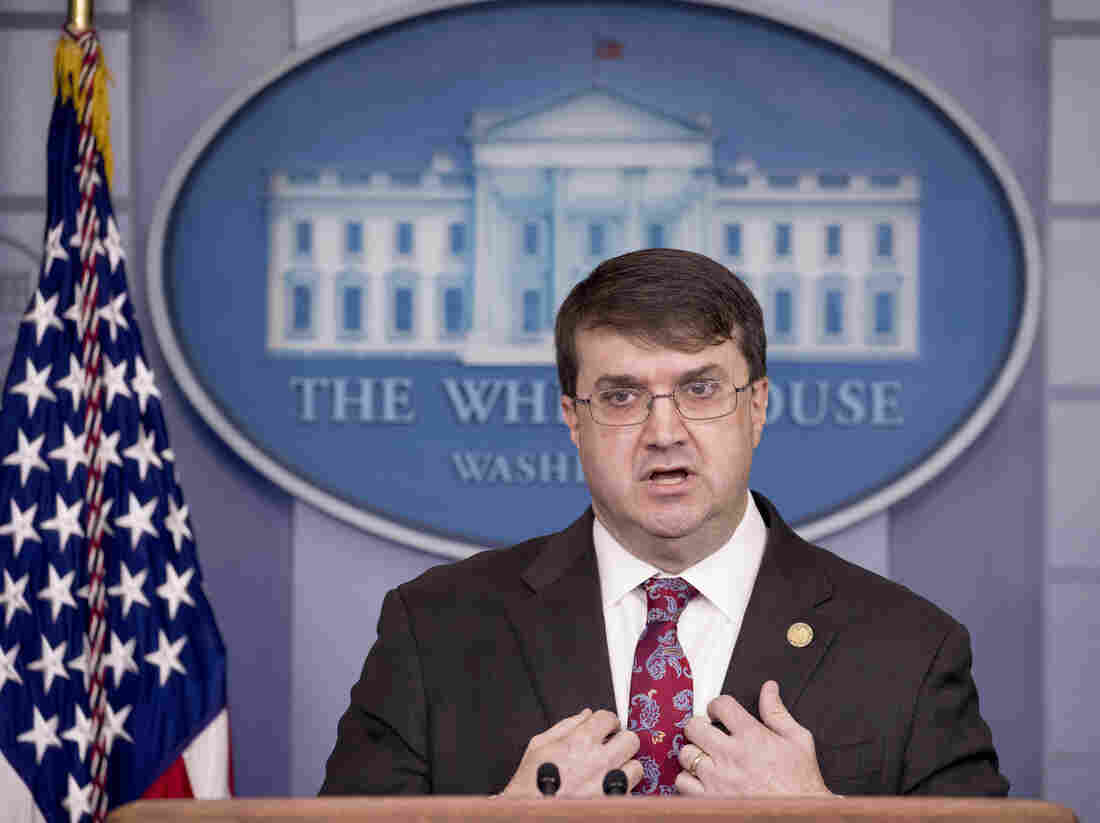 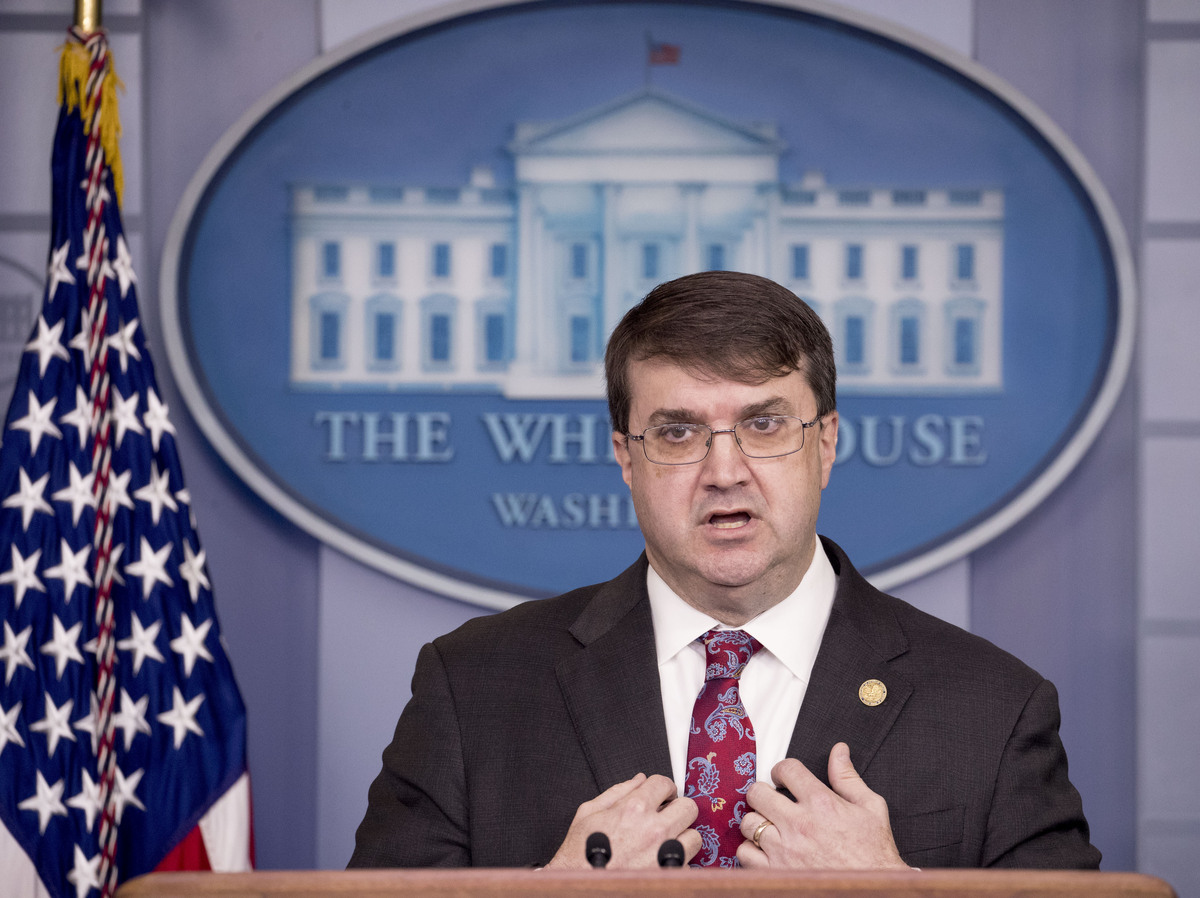 Veterans Affairs Secretary Robert Wilkie told NPR the department was prepared to help back up the nation's health care system, if needed.

In an interview with NPR News, Secretary of Veterans Affairs Robert Wilkie said the VA stands ready to back up the nation's health care system, but has not yet been asked to deploy resources by the Department of Health and Human Services.

"We have been preparing for what has been coming for a while now," Wilkie said. "In war and in case of natural disaster or an epidemic, we are the surge force."

The VA is the largest health care system in the country, with 170 medical centers. The department has three better known missions: veterans' health care, benefits and national cemeteries. The "fourth mission" is as an emergency back-up health system during a disaster or pandemic. VA has permanent staff who plan and train for emergencies — they pitched in to help after recent hurricanes in Puerto Rico and Texas, and even the Pulse nightclub shooting in Florida. The coronavirus is clearly its biggest challenge ever.

During a discussion with governors about the coronavirus pandemic response, President Donald Trump did get one request to activate the "fourth mission." Louisiana Gov. John Bel Edwards said his state's medical facilities might be overwhelmed in a week. He asked to be able to send some patients to a VA hospital. The president said he would work to approve that request.

Wilkie says VA was among the first in the U.S. to put coronavirus screenings in place at hospitals and to shut its assisted living homes to visitors. VA also began to prepare staff for the health emergency last month, setting up 19 emergency operations centers nationwide, and calling for volunteers to be deployed across the country in an emergency.

While the department may be ahead of the rest of government in preparing for the crisis, VA suffers from the same national shortage of nurses and doctors as the American private health care sector. And despite an emergency cache of medical supplies, a joint letter issued by employee unions representing VA health care workers warned that VA wasn't prepared.

Four VA frontline staff in four different states told NPR they fear an impending shortage of personal protection equipment such as masks, gowns and special gear used with ventilators. They all asked to withhold their names in order to speak freely.

"We've been popping smoke," said one, using the military term for sending a distress signal. "Do whatever you can to get us more."

"The arrangements that we've made on the masks side and also on the testing side – we're in a very good place," he said.

Congress is also interested in what Wilkie has to say. On Wednesday, the House Committee on Veterans' Affairs sent a letter signed by 29 Democrats and Republicans that asked for more information about VA's preparations.

"As this public health emergency evolves almost hourly, Congress must be informed so it can act immediately to protect the health and safety of veterans who may be at significant risk during this pandemic," the letter said, listing a set of metrics to be reported daily or weekly to Congress, including the number of confirmed COVID-19 patients within the VA system as well as the number of tests available.