Accessibility links
Louisiana's Chemical Corridor Is Expanding. So Are Efforts To Stop It An industrial corridor in Louisiana is expanding again, fueled by the U.S. boom in natural gas. Residents worried about air pollution have launched new efforts to stop the factories.

Louisiana's Chemical Corridor Is Expanding. So Are Efforts To Stop It

Louisiana's Chemical Corridor Is Expanding. So Are Efforts To Stop It 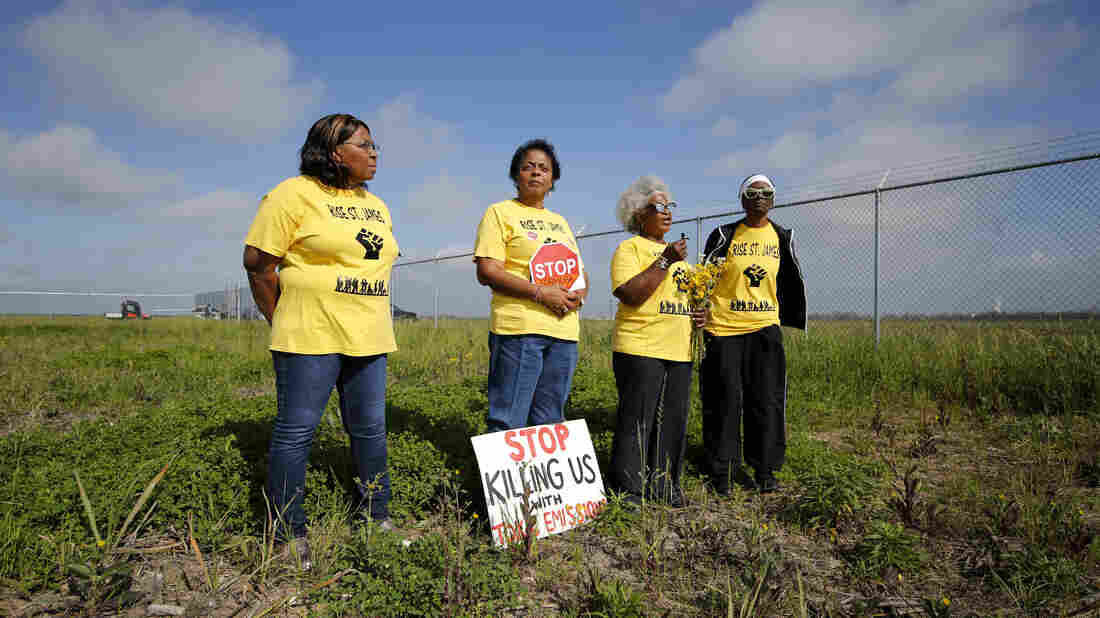 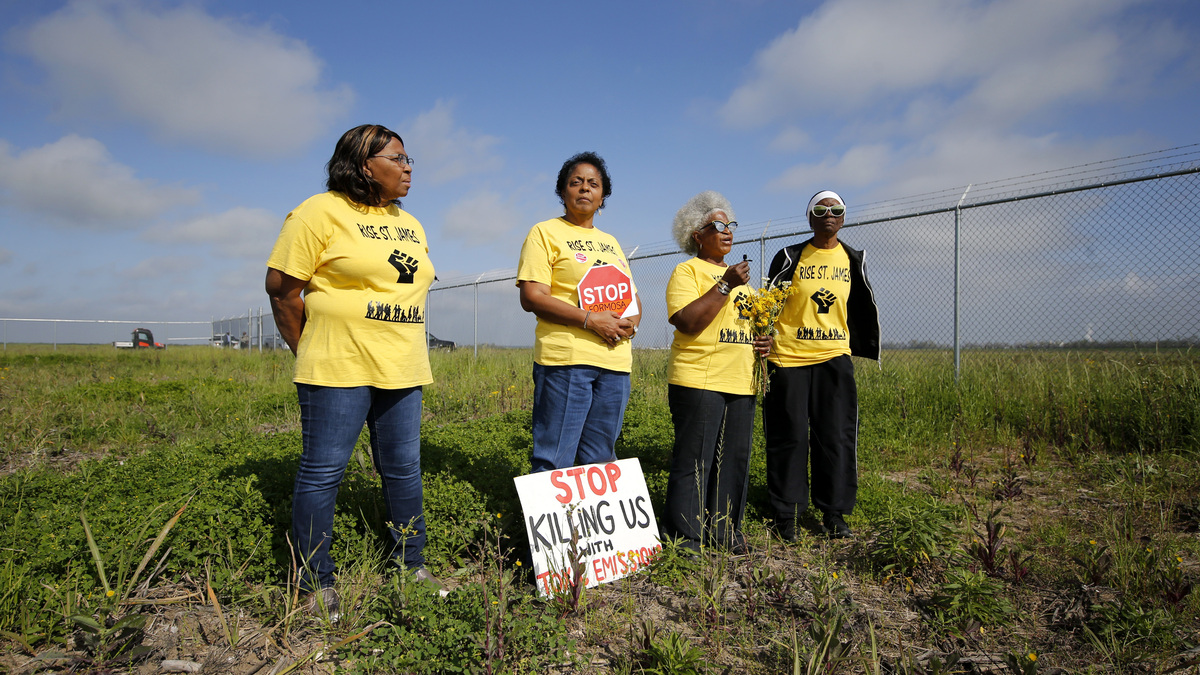 From left, Myrtle Felton, Sharon Lavigne, Gail LeBoeuf and Rita Cooper, members of RISE St. James, on property where Formosa Petrochemical wants to build a plastics complex in St. James Parish, La. Archaeologists have found the land may include up to seven slave cemeteries.

Cheap natural gas and access to international ports are fueling a new industrial boom in Louisiana, along the stretch of land locals have long dubbed "cancer alley." The expansion is prompting new efforts to stop the factories, by residents concerned about the impact on their health.

Sharon Lavigne grew up in rural Welcome, Louisiana, in St. James Parish, about 60 miles northwest of New Orleans, but doesn't find it a welcoming place to live anymore. The region is already home to more than 140 chemical factories and oil refineries. Now, companies from Taiwan and China are building new plastic, chemical and fertilizer plants.

That includes one less than a mile from Lavigne's house, which she has made it her mission to stop.

"I feel like if the pollution doesn't stop, we will slowly die," she says.

The project near her is a $9.4 billion megacomplex by Formosa Petrochemical, one of the biggest plastic manufacturers in the world. The state gave the company a $12 million grant to offset some of the costs.

On a recent morning Lavigne drives to the property, down a gravel road to a big empty field where there's construction underway. In the distance, she points to a metal fence.

That's where state archaeologists recently investigated and discovered graves, likely of enslaved people. The site where the giant factory was approved used to be a plantation. "I'm pretty sure a lot of us here have ancestors that are buried in one of those grave sites," Lavigne says.

Lavigne founded RISE Saint James, which is using the graves and other arguments to try and stop the Formosa complex. The group is suing the U.S. Army Corps of Engineers, alleging it failed to consider the harm to cultural resources, and failed to disclose environmental damage and public health risks under the National Environmental Policy Act. The group has also appealed to the state to revoke the company's permit.

"They made a living off the land"

Growing up, Lavigne says St. James Parish was a wonderful place to be a child. Her family grew most of their own food, and the land was lush and beautiful. They had chickens, pigs, and "Daddy grew all of our vegetables and fruits," she says. They made a living off the land, waking up early to pick butter beans and take vegetables to New Orleans to sell at the French Market. "We'd pick a lot of beans," Lavigne remembers. "I used to hate that!" 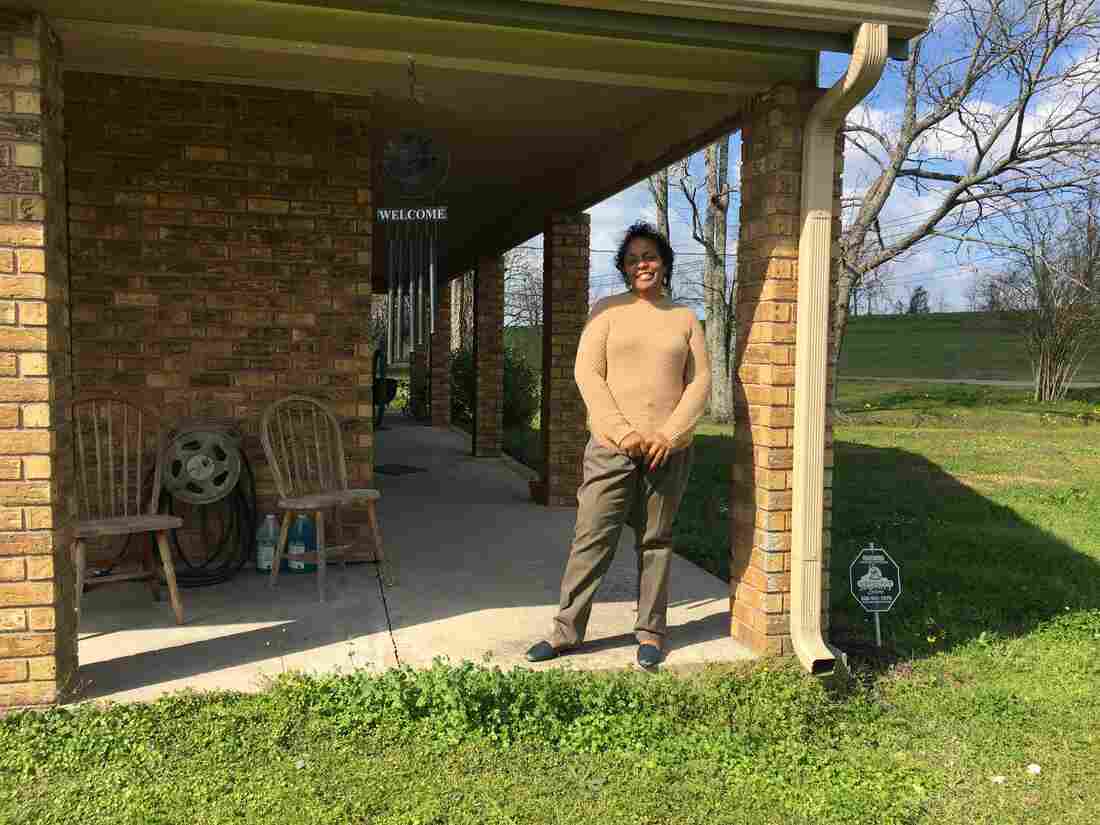 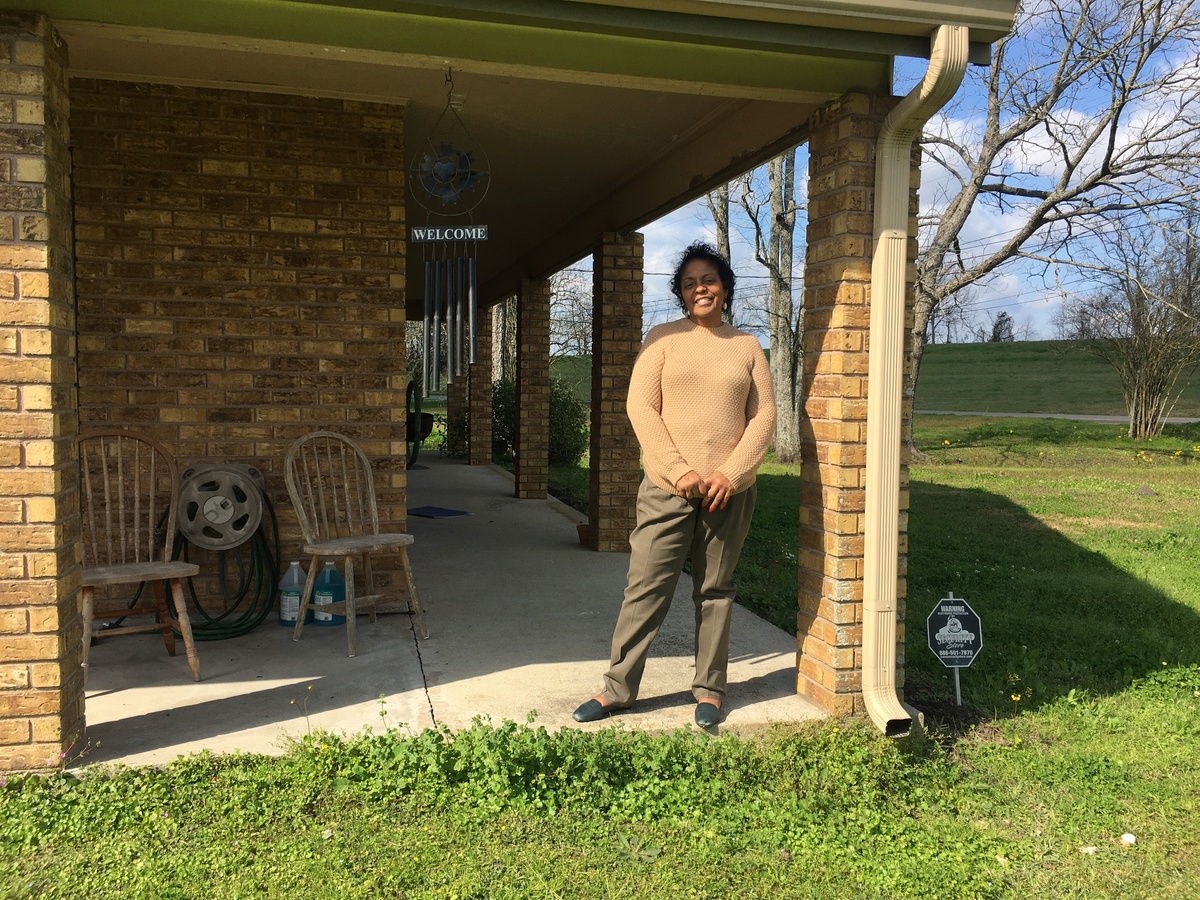 Sharon Lavigne founded Rise St. James to oppose construction of a chemical mega-complex less than a mile from her home.

Now she longs for those times. Her country home is surrounded by giant factories. There are more than ten in St. James Parish, their smokestacks forming huge clouds that cast shadows over miles.

Lavigne doesn't leave her house much anymore, and worries about the quality of the water she drinks and the air she breathes. She says the air often smells bad. Her husband died of heart problems. Many of her neighbors have died of cancer.

It's hard to link specific illnesses to certain pollutants, even though St. James Parish has an above-average rate of cancer for Louisiana, which has one of the highest rates of cancer in the country. According to reporting by ProPublica and The Advocate, the complex going up near Lavigne's house could more than double toxic air emissions here.

Last fall, members of RISE St. James marched with other environmental advocates along the Mississippi River to the capital, Baton Rouge. They delivered their demands to lawmakers: No new development in the region.

The activists did not get an audience with Governor John Bel Edwards.

"Obviously the governor does not agree that there should be some moratorium on manufacturing facilities," Edwards' chief counsel Matthew Block tells NPR.

But the governor's office does plan to do a small public health study. Working with Louisiana State University, it will survey people within a 1.5 mile radius around the controversial Denka Performance Elastomer plant, which has been required by the EPA to reduce its emissions. Denka is appealing, citing new research.

That study site is five miles away from where Lavigne lives. She will not be included, nor will it investigate future emissions from the Formosa plant or a handful of others being built.

Block admits that more could be done. But "we can start to look at these communities, and whether or not there there is or isn't a higher incidence of cancer in them," he says. "We can make decisions from there."

Advocates say it's not the cancer incidence rate they're concerned about, but the risk of exposure to chemicals like chloroprene and ethylene oxide, designated as carcinogens or likely carcinogens by the EPA. They say the new study is not enough, and accuse lawmakers of putting profit over people's lives.

Many lawmakers and economists, however, see the petrochemical industry as an economic boon for a struggling state. A spokesperson for Formosa Petrochemical says the new complex will create 1,200 new high-paying jobs.

Economist Loren Scott says the boom is like nothing he's ever seen. Louisiana competes with other places for these plants, and Scott says that when communities like St. James push back, it's bad for business.

"The larger the pushback, the more expensive it is to locate here at the margin," he says. "That's just one of the factors that has to be considered in the rate of return on investment here versus Texas."

This tension between economic growth and health concerns has played out for years.

Beverly Wright is the director of the Deep South Center for Environmental Justice and has advocated for people in the chemical corridor for more than three decades. "It's hard for me to stay calm about this," she says.

Wright says over the decades they've won a few fights, stopping some plants from being built and getting relocation money for an entire community in one case. Yet since the '90s, more and more plants have gone up, making her feel like much of her work has been "washed away."

"A lot of the people that we worked with are now dead and gone," she says. Wright says that ultimately, as much as it pains her, the best way for people in the region to protect their health may be to just move somewhere else.

Sitting in the house she built with her husband in the '80s, activist Sharon Lavigne says she would never consider it.

"We were here first," she says. "The chemical plants tried to invade our privacy and our property, so why don't they go somewhere else? This is our home. This is not their home."