Accessibility links
An Epic Glut Of Oil Is Coming; Where Will It All Go? The supply of oil has surged as the coronavirus pandemic has destroyed demand. Prices have plummeted and analysts are starting to ask if the world will have enough space to store all the extra oil.

We're Barreling Toward An Epic Glut Of Oil

We're Barreling Toward An Epic Glut Of Oil 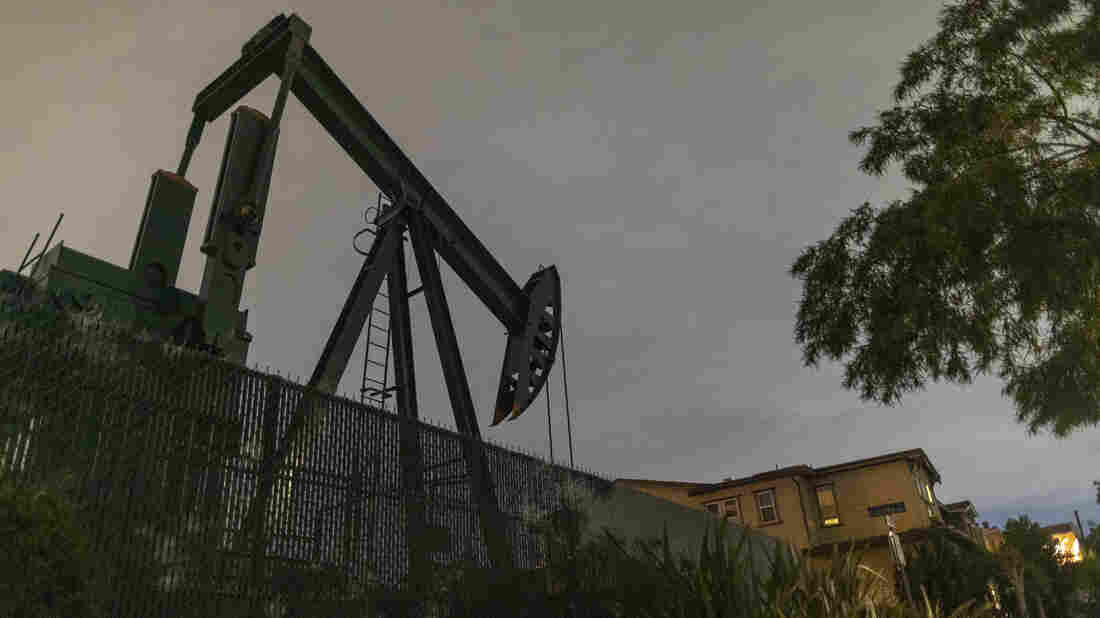 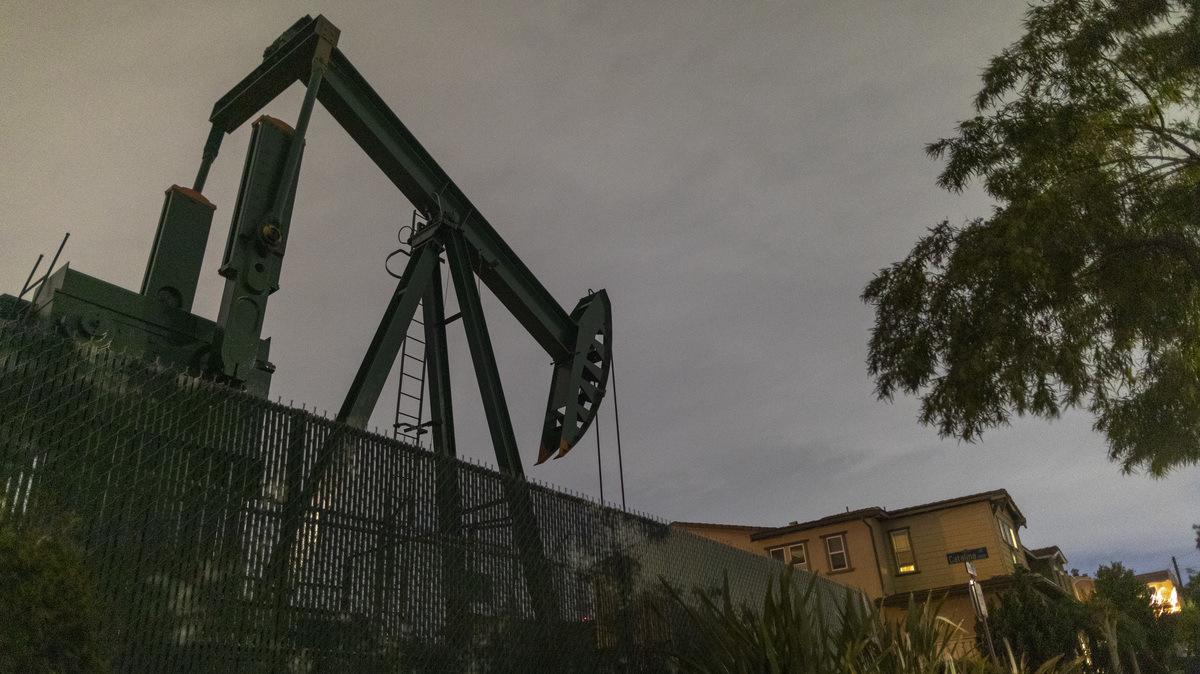 Pump jacks draw crude oil from the Long Beach Oil Field near homes in Signal Hill, Calif., on March 9. The world's crude oil supply is rising even as demand is cratering.

Some parts of the economy are grappling with pandemic-driven shortages. The oil industry has the opposite problem: so much extra oil that it's not clear where to put it all.

With millions of people not taking trips, commuting or flying, the world's appetite for oil has come crashing down, thanks to the coronavirus.

At the same time, a price war between giant producers Saudi Arabia and Russia has caused the oil supply to swing up.

"I cannot remember having seen such a large potential oversupply situation — ever," says Bjørnar Tonhaugen, the head of oil markets at Rystad Energy.

The expected surplus is "so large as to raise questions about where it can all be stored," analysts at Standard Chartered Global Research say.

President Trump says the U.S. will fill its Strategic Petroleum Reserve, stashing vast quantities of crude in underground salt domes. Tankers at sea can be used as floating storage, but will there be enough of them? Tanks on land are expected to fill up. Some producers may be forced to shut down wells sooner than they planned because no storage facilities will be available for their newly pumped oil.

Saudi Arabia and Russia are waging a war of attrition, flooding the market with cheap crude in a way that hurts both countries (and every other oil producer). That could mean an increase of more than 2 million barrels per day of oil hitting global markets.

At the same time, the pandemic could send demand dropping by some 10 million barrels per day during this crisis.

"One million barrels per day of change in either demand or production is actually a pretty large number," Tonhaugen says. "And here we are talking about potentially 10 times that."

The situation — sharp, simultaneous and divergent changes in oil supply and demand — is remarkable.

"We've had supply shocks before," says Mike Sommers, the president of the American Petroleum Institute. "We've had demand shocks before: Think of 9/11 or the Great Recession."

"We've never had demand shocks with supply shocks," he says. "That's what makes this so unprecedented."

One consequence: lower prices. Oil prices collapsed earlier this month after the Saudi-Russian price war started, and even after a rebound on Wednesday, crude prices are still half what they were a month ago.

That's a blow to producers, and many American oil and gas companies are expected to go into bankruptcy.

For consumers, it means cheaper gasoline prices — the national average for regular is down 13 cents per gallon this week to $2.17, AAA says. In 19 states, gas is below $2 per gallon. But with travel restrictions in place and people urged to remain inside their homes, most households won't feel much of a benefit.

The other side effect of these wild market conditions? This massive surplus of excess oil.

Analysts say the world can, at least hypothetically, store more than a billion extra barrels of oil. But the world is currently on track for a cumulative surplus of more than 2 billion barrels by the end of the year, Standard Chartered analysts say.

The historic glut will affect oil markets long after quarantines are lifted. And the industry may be reshaped by the coronavirus in other ways, too — the massive disruption in how we live and work could have unexpected effects on the world's future consumption behavior.

Will emergency policy interventions support low-carbon energy or reinforce fossil fuel dominance? Will some work continue to be done remotely after the pandemic is over? Will global supply chains resume or economies shift toward local manufacturing?

"I do think there's going to be some long-term ramifications. It'll be hard to predict them all at once," says Amy Myers Jaffe, an energy expert with the Council on Foreign Relations. "If you're in the energy business, in the next several years, things are going to change dramatically."