Accessibility links
FBI Adjusts To Persevere Through Pandemic As Much Of America Shuts Down The bureau can't stop work in the way many Americans have in response to the coronavirus. Special agents are interviewing remotely, staggering work hours and wearing protective gear. 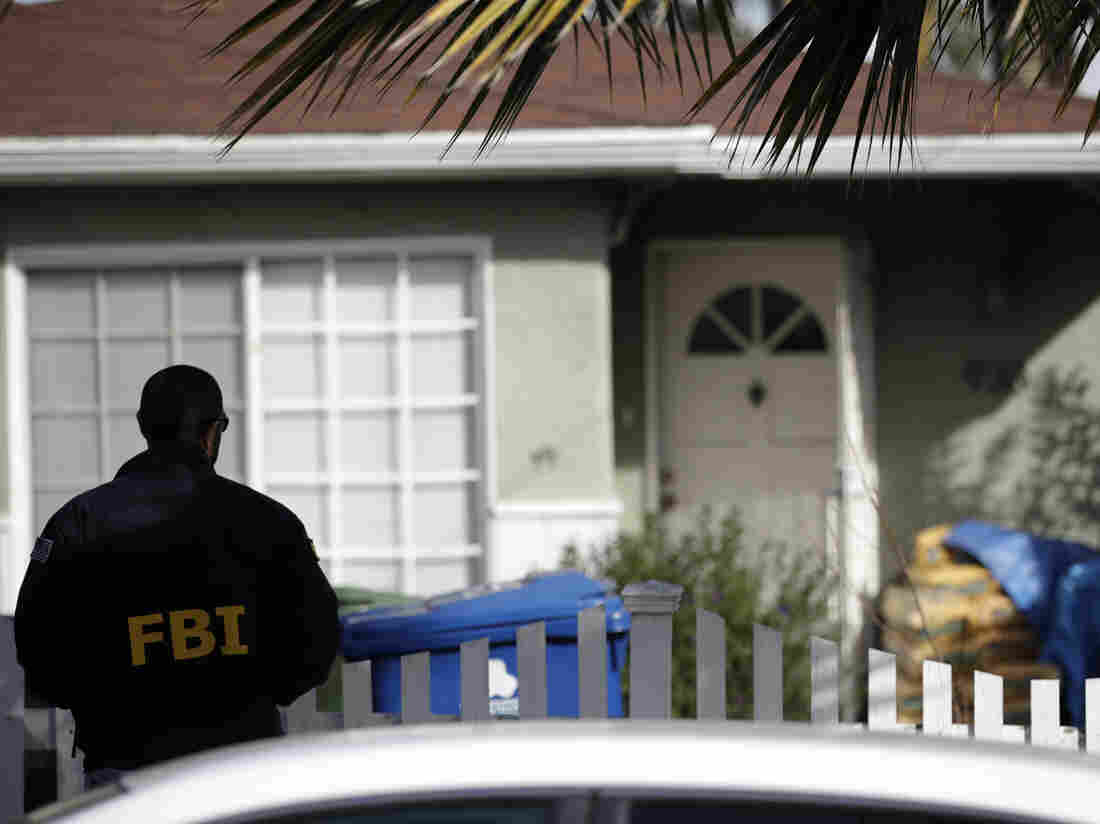 A FBI agent stands outside of a home while it was being searched in connection with a a cold case Feb. 5, 2020, in Los Angeles. The bureau's practices must change with the pandemic. Marcio Jose Sanchez/AP hide caption 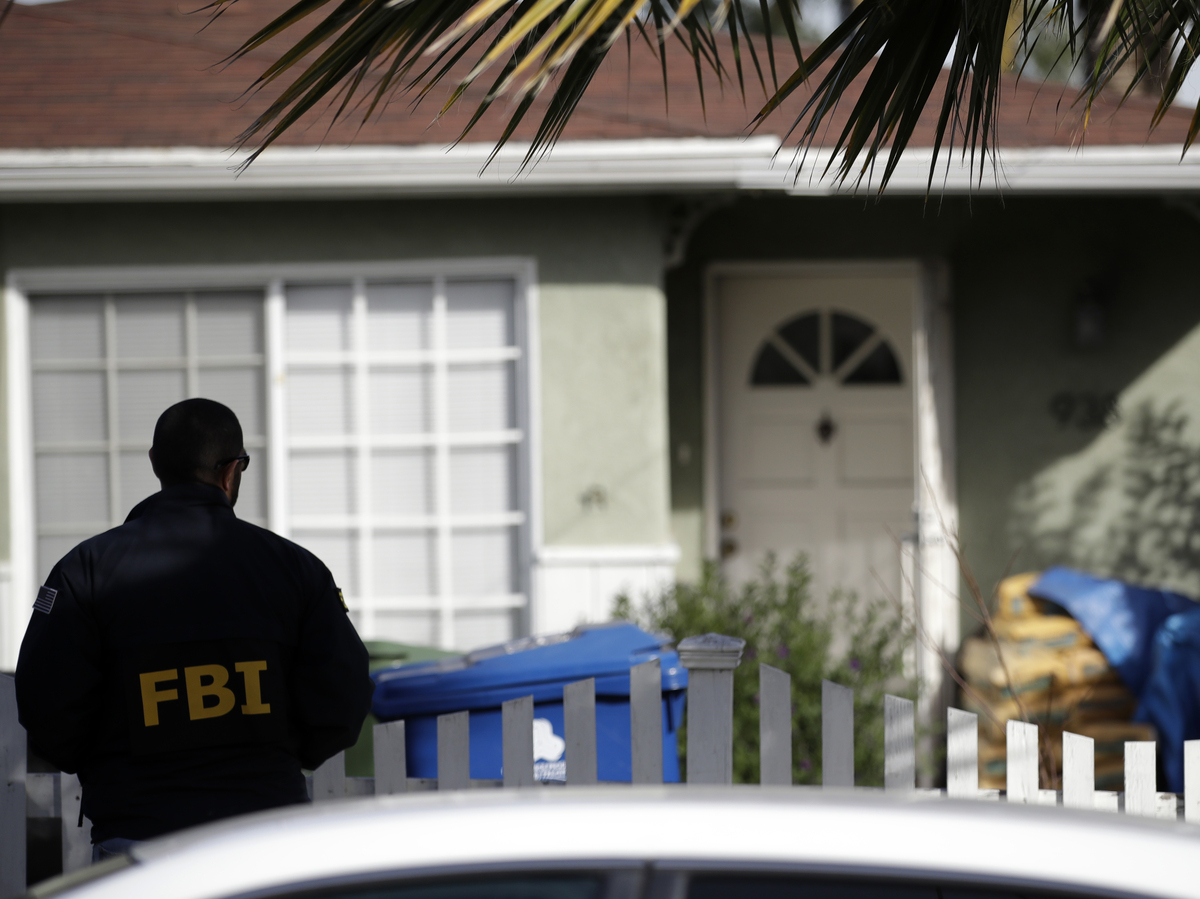 A FBI agent stands outside of a home while it was being searched in connection with a a cold case Feb. 5, 2020, in Los Angeles. The bureau's practices must change with the pandemic.

Those are just some of the ways in which the FBI is adjusting to the coronavirus outbreak and the sweeping changes it has imposed on all facets of American life.

The bureau's headquarters in Washington issued a memo to all employees this week that spelled out how the agency will adapt to the new reality.

All non-essential domestic travel is canceled, as are training and conferences through the end of April.

The FBI does extensive contingency planning, but the COVID-19 pandemic is unique, one bureau official told NPR.

"We're living in a new world now. This is uncharted territory for all of us," said the official, who asked not to be identified talking about the FBI's internal arrangements. "Some of this — we're writing the playbook as we go."

That playbook includes encouraging employees who can to work from home, and for everyone to hold meetings via teleconference as much as is practicable.

"The bureau has rolled out unprecedented flexibility, allowing us to work varied hours and varied days in various locations," said FBI Special Agent Brian O'Hare, president of the FBI Agents Association, in an interview with NPR.

"Medical experts have said that's one of the best ways to ensure a healthier organization is to have that social distancing, and that's exactly what the FBI is doing.

Many FBI employees are teleworking. Those who are traveling into the bureau's 56 field offices around the country and other facilities are staggering their shifts or coming in during off hours when fewer people will be there. Others are rearranging their schedules to come in on weekends.

"So what you end up having is people not working with somebody on their left side and somebody on their right side throughout the day, but maybe you're the only person there for a period of time," O'Hare said. "And when you leave, somebody else is coming in to sit next to where you were."

That sort of flexibility and staggered schedule is particularly important for agents and analysts working on national security issues, such as counterintelligence and counterterrorism investigations.

Much of that work involves classified information and can't be done remotely because it has to be done in a secure space protected from outside snooping. The bureau employs about 35,000 people around the world. 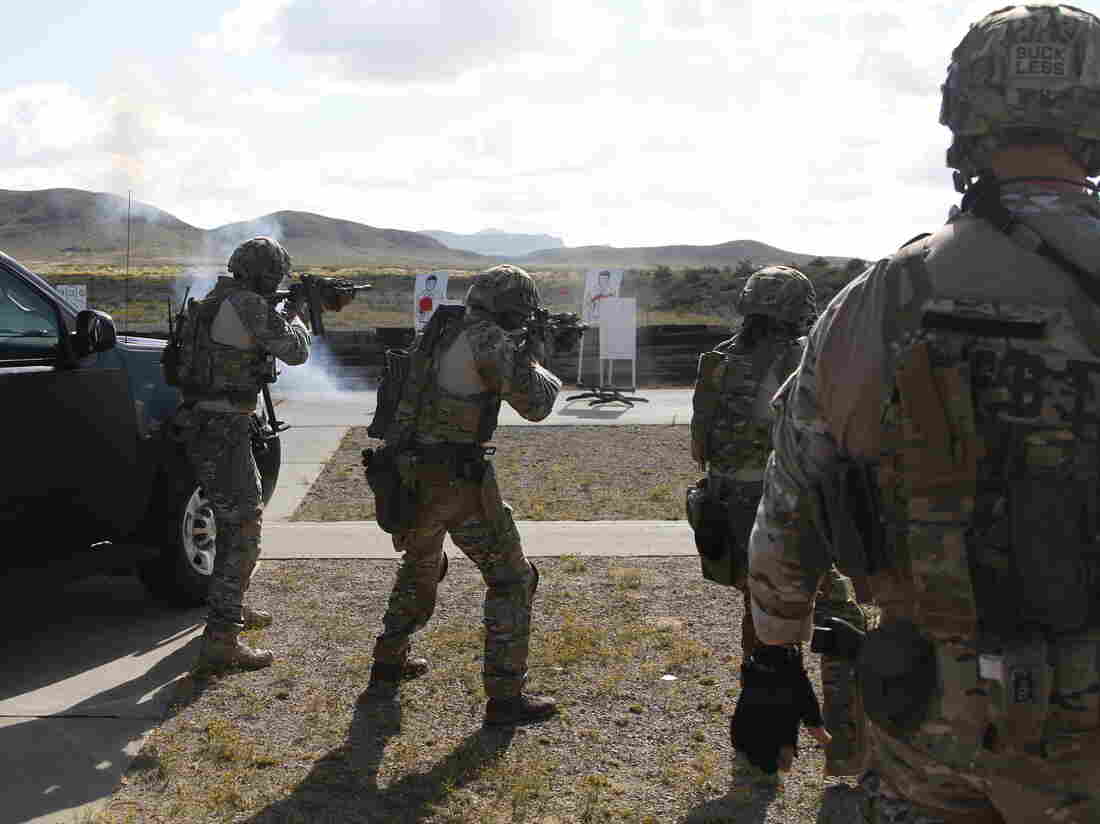 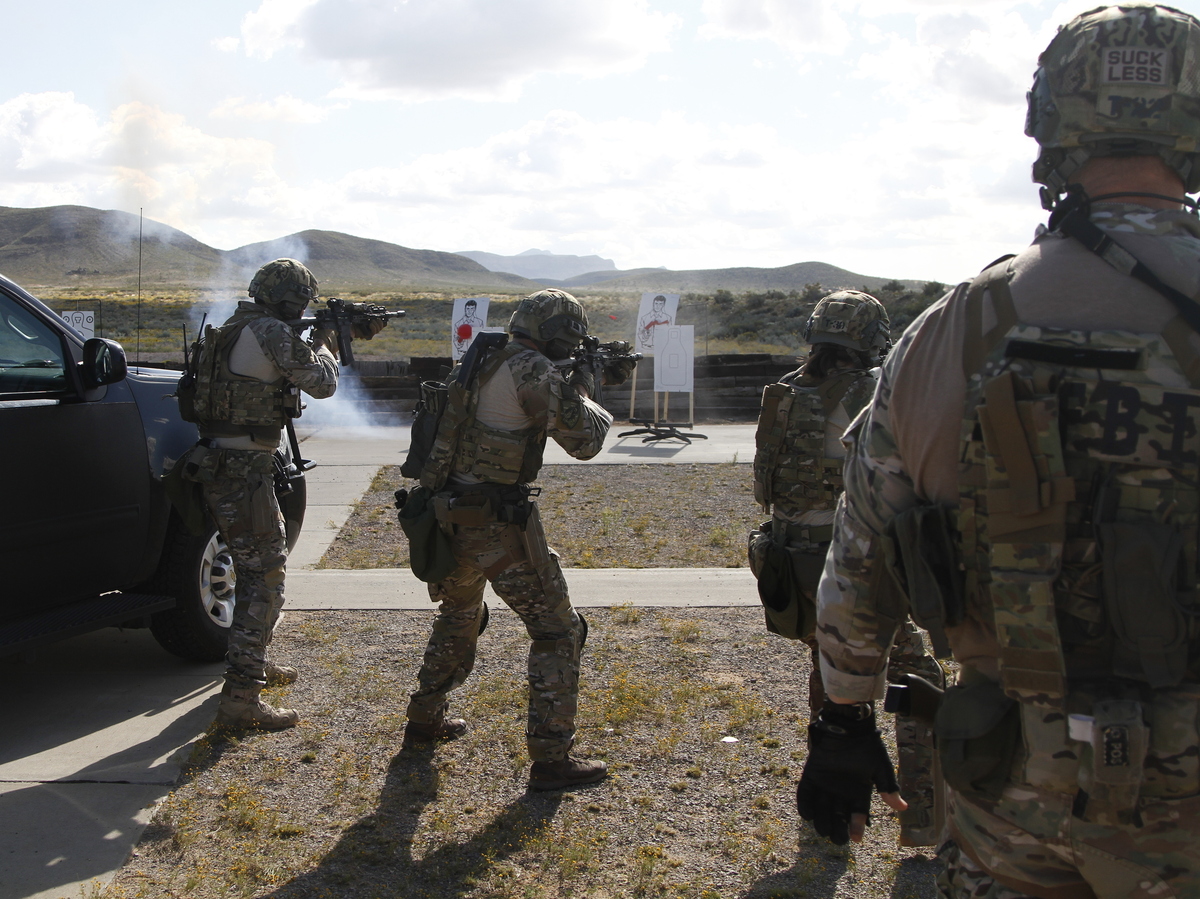 The COVID-19 outbreak already has prompted federal courts around the country to sharply curtail their operations.

Trials have been postponed. Judges are encouraged to hold status conferences and hearings by phone or video-link as much as possible. In some districts, grand juries, which hand up indictments, have temporarily suspended work.

But the work of the FBI does not stop.

On Thursday, for example, agents arrested a Pakistani doctor, 28-year-old Muhammad Masood, at the Minneapolis-St. Paul International Airport for allegedly attempting to travel to Syria to fight for the Islamic State.

Masood allegedly altered his travel plans because Jordan closed its borders due to the COVID-19 pandemic.

"The cases still have to be investigated, and you still have to prepare for indictment," O'Hare said. "When you indict may be delayed based on the courts, but it's just a matter of when and not if."

Because of that, special agents are taking steps to try to minimize their potential exposure to the virus as they conduct their investigations.

Witness interviews, which agents prefer to conduct in person when possible, will often now be done by phone, O'Hare said. But for people whose actions are under scrutiny by a grand jury, agents are still likely to ask questions face-to-face.

Executing search warrants and making arrests, of course, are still "going to take place the old-fashioned way" but with some adjustments, according to O'Hare.

Agents already protect themselves in a variety of ways when executing search warrants or making arrests, but protecting against an invisible virus "is a new level that isn't often involved in our work."

"I think you're just going to see an additional layer of protection and gloves and surgical masks or other type of breathing mask is going to be kind of the norm for a while," he said.

In his role as president of the FBI Agents Association, which represents more than 14,000 current and former special agents, O'Hare did field concerns when the outbreak began.

But he says agents are mindful that they face a risk of exposure to the virus as much from going to the grocery store as they do in their jobs.

"Work is only part of our exposure risk," he said. "We're going to come through this and we're going to be on the other side. And it'll be work as usual and life as usual. And I think that's the focus we have to maintain. It's just a matter of getting through it and moving on."