Accessibility links
California Issues 'Stay At Home' Order As Coronavirus Infections Rise The directive is the widest-ranging so far of any state grappling with the growing COVID-19 epidemic. Gov. Gavin Newsom says he is confident that Californians will comply. 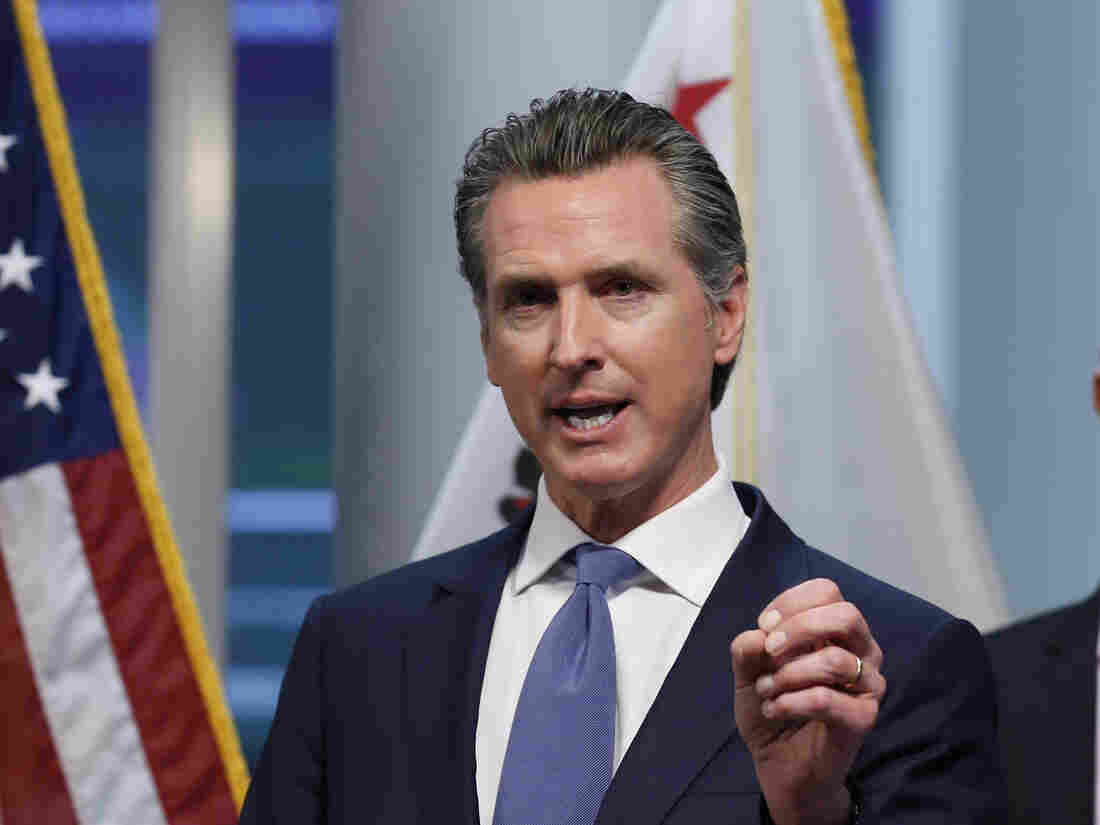 California Gov. Gavin Newsom gives an update to the state's response to the coronavirus, at the Governor's Office of Emergency Services in Rancho Cordova, Calif., on Tuesday. Rich Pedroncelli/AP hide caption 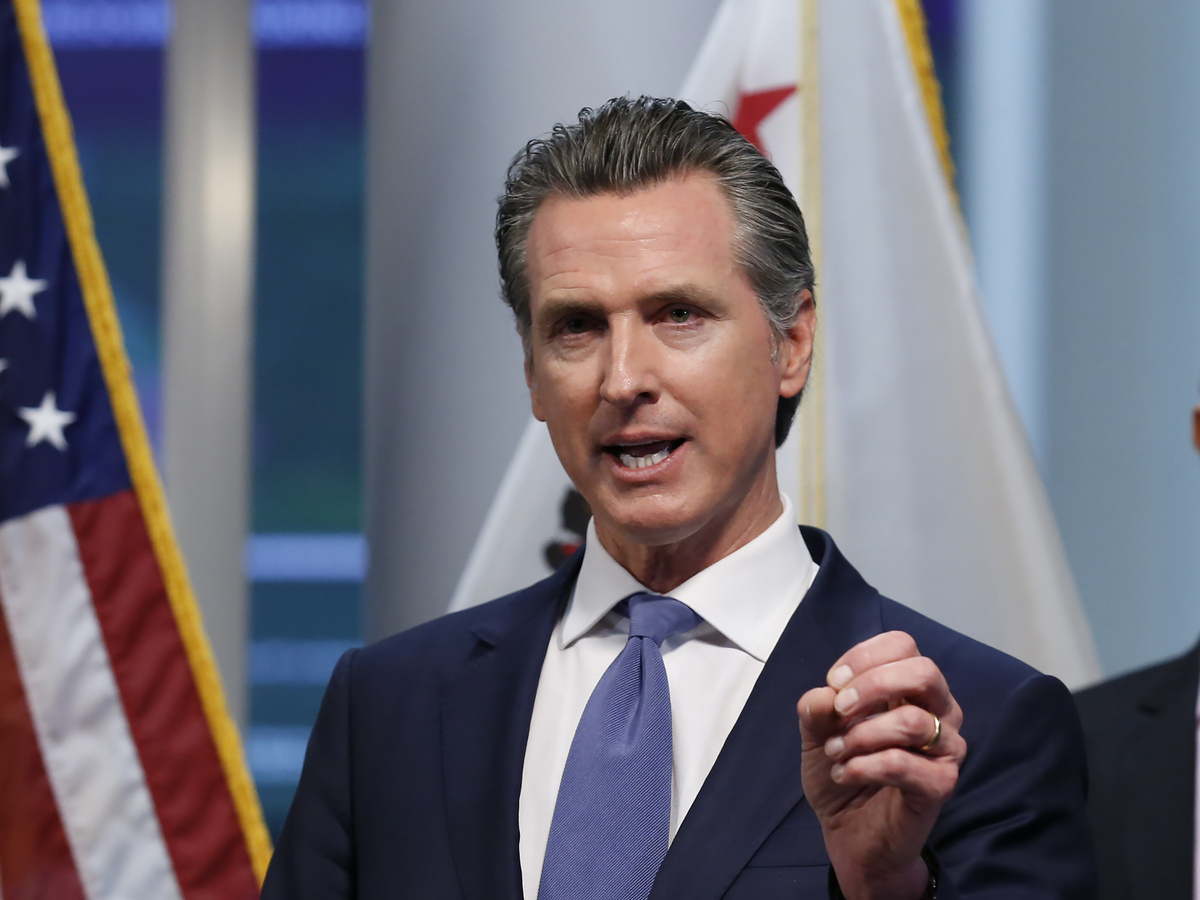 California Gov. Gavin Newsom gives an update to the state's response to the coronavirus, at the Governor's Office of Emergency Services in Rancho Cordova, Calif., on Tuesday.

Gov. Gavin Newsom has ordered California's 40 million residents to stay at home indefinitely in the widest-ranging directive so far of any state as it grapples with a growing novel coronavirus epidemic that has killed 150 people nationwide.

The order late Thursday called on people to remain in their homes with exceptions only for essential travel. The move follows similar restrictions issued earlier this week for the San Francisco Bay Area.

Speaking at a late evening news conference in Sacramento, Newsom said his directive "goes into force and effect this evening and we are confident that the people of the state of California will abide by it, will do the right thing."

The governor, a Democrat who took office just over a year ago, said Californians would "step up as they have over the last number of weeks to protect themselves, to protect their families and to protect the broader community in this great state and the world we reside in."

He said compliance would rely heavily on "social pressure."

No time frame was given for how long the order would remain in place.

After the announcement, California Republican Rep. Kevin McCarthy, the House minority leader, tweeted: "I hope Governor Newsom consulted with a lot of experts before he decided to shut down 12% of the nation's population."

I hope Governor Newsom consulted with a lot of experts before he decided to shut down 12% of the nation's population. pic.twitter.com/sC7whLz5SN

Despite the seemingly sweeping nature of the governor's order, there are a number of exemptions, Newsom said.

California — which along with Washington and New York is among the states hardest-hit by the burgeoning U.S. outbreak — has some 1,000 confirmed cases of the potentially fatal respiratory infection. Nineteen people in the state have died from COVID-19.

Earlier, Newsom said that an official projection estimates that up to 56% of the state's residents could become infected by the virus — a figure that would equate to more than 22 million people.

However, he said at the news conference: "The point of the stay-at-home order is to make those numbers moot."

According to the latest figures from the Centers for Disease Control and Prevention, the total number of cases in the U.S. has surpassed 10,000. However, officials believe that due to the small number of tests for the virus so far due to a lack of test kits, the number of infections is thought to be significantly higher.

A tally of worldwide coronavirus statistics maintained by Johns Hopkins University, shows the global total of reported cases is nearly 250,000, with more than 10,000 deaths.