Accessibility links
Coronavirus Response Update From White House, Pence Will Be Tested The vice president said he and his wife would be tested for the coronavirus, after an aide in his office was diagnosed with respiratory illness.

Pence Tests Negative For COVID-19; 'Hundreds Of Millions' Of Face Masks In Production

Pence Tests Negative For COVID-19; 'Hundreds Of Millions' Of Face Masks In Production 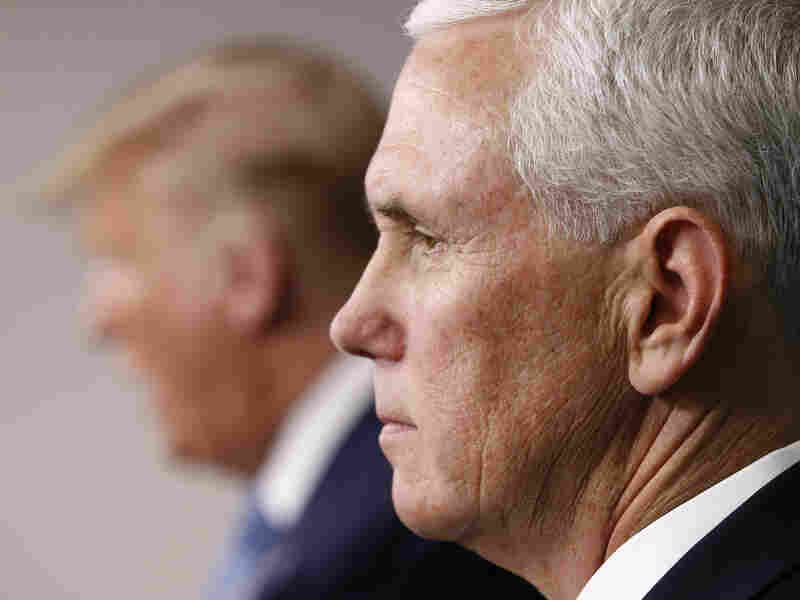 Vice President Mike Pence on Saturday said he and his wife will be tested for the COVID-19 coronavirus task force. Patrick Semansky/AP hide caption 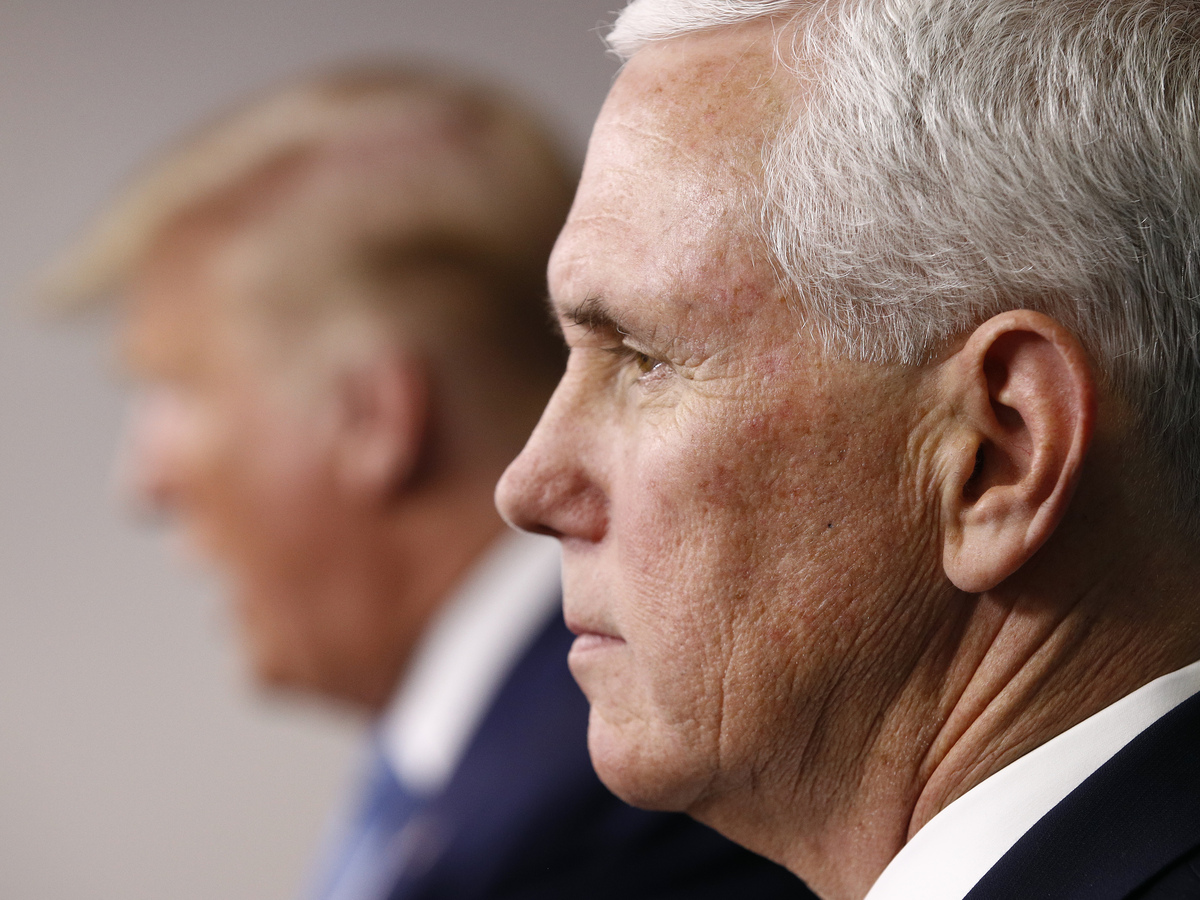 Vice President Mike Pence on Saturday said he and his wife will be tested for the COVID-19 coronavirus task force.

Vice President Mike Pence and his wife have both tested negative for COVID-19, his office announced on Saturday.

"Pleased to report that the COVID-19 test results came back negative for both Vice President @Mike_Pence and Second Lady @KarenPence," Katie Miller, the vice president's press secretary, said in a tweet.

Earlier on Saturday, Pence announced that he and his wife would be tested for the COVID-19 coronavirus, following confirmation that an aide on his staff was diagnosed with the respiratory disease last week.

Pence made the remarks at a news conference following the coronavirus task force meeting at the White House. Earlier in the week the vice president,who leads the task force, told reporters that he has not been tested for the virus because the White House doctor had told him he didn't need to be.

"I'm pleased to report that he is doing well," Pence said of his aide, adding that "he had mild cold-like symptoms for a day and half."

Pence explained that all contact-tracing has been completed and neither he nor the president had direct contact with the aide. Regardless, he said, he would undergo testing later in the day.

He also offered the latest figures on the number of Americans who have been tested: More than 195,000 people have been tested, not including those who were tested in county hospitals or health care labs around the nation. Of those, roughly 19,350 have tested positive for the coronavirus, Pence said.

President Trump, who was first to speak at the news conference at the White House, ran through the list of steps the administration has taken to fight the spread of the virus, including an order for "hundreds of millions" of face masks and other supplies for health care professionals.

"We started with very few masks and now we're making tens of millions of masks," Trump said after blaming previous administrations for the stockpile shortages the country now faces.

He later specified the government has issued a contract for 500 million N95 masks, saying they are "now" available to hospitals and other health care centers.

Part of the demand for supplies is being met by the private sector in "sixth gear," he said, which is heeding the call to make masks, swabs and ventilators by pivoting from their primary industries to making the desperately needed supplies.

Trump praised Hanes, the cotton clothing maker, for retrofitting its manufacturing capabilities to produce masks for medical use. He also noted the shift by alcohol distilleries in Tennessee, Kentucky and West Virginia toward making hand sanitizer products that will be distributed throughout all 50 states.

He touted his work on legislation to bring economic relief to businesses and workers. He said his administration will give people extra time to file taxes, moving the deadline from April 15 to July 15. Additionally, he said students will not face interest penalties or fines for delaying student loan payments. Homeowners will also get help: Foreclosures and evictions on HUD loans are suspended for the next 60 days.

Trump talked about reaching agreements with Canada and Mexico to halt the entry of what he called the "Chinese virus," a term some have criticized as stigmatizing.

Adm. Brett Giroir, head of the U.S. Public Health Service, is leading the effort to expand testing. He said the agency is distributing equipment from the Strategic National Stockpile to "many states" on a daily basis.

But there's no clear answer to when states would have enough masks or other equipment.

Giroir said the outcry for more tests is not necessarily an issue of supply — he said there are tens of thousands of tests out there — but of making sure the right facilities are getting the right kind of tests and training.

This week, governors across the country warned that they were seeing shortages of supplies needed for testing, including testing reagents, used to create a chemical reaction to detect the virus, and swabs. On Friday, Health and Human Services Secretary Alex Azar said there had been "tremendous progress" in lab testing and dismissed complaints about shortages as "anecdotal."

But groups that represent public health labs, epidemiologists and state health officials said late Friday that there were "widespread shortages of laboratory supplies and reagents."

The Association of Public Health Laboratories said testing should be reserved for health care workers and first responders, older Americans with symptoms and other people at high risk of getting seriously ill from the virus.

The groups said mass testing would quickly deplete supplies, and it instead urged people with mild respiratory illness to stay at home and isolate themselves.

Hospitals have also said health care workers lack masks and other gear needed to protect themselves when treating patients with the virus. Pence said on Friday that there would be an announcement this weekend about what he called "a major acquisition" of masks.

A week ago, Trump and Pence had said there would be a website where people could find out whether they needed to be tested for the virus and direct them to nearby drive-though sites. While a division of Google's parent company has developed a pilot project in San Francisco, no website for national use has materialized.

After the president thanked Google for developing the website last week, the tech company put out a statement saying the life sciences division, Verily, was only in the "early stages" of such a rollout.