Accessibility links
Kenny Rogers Dies At 81 The three-time Grammy-winning icon, whose hits included "Lucille," "Lady" and "The Gambler," died at home in Sandy Springs, Ga., his family said in a statement. 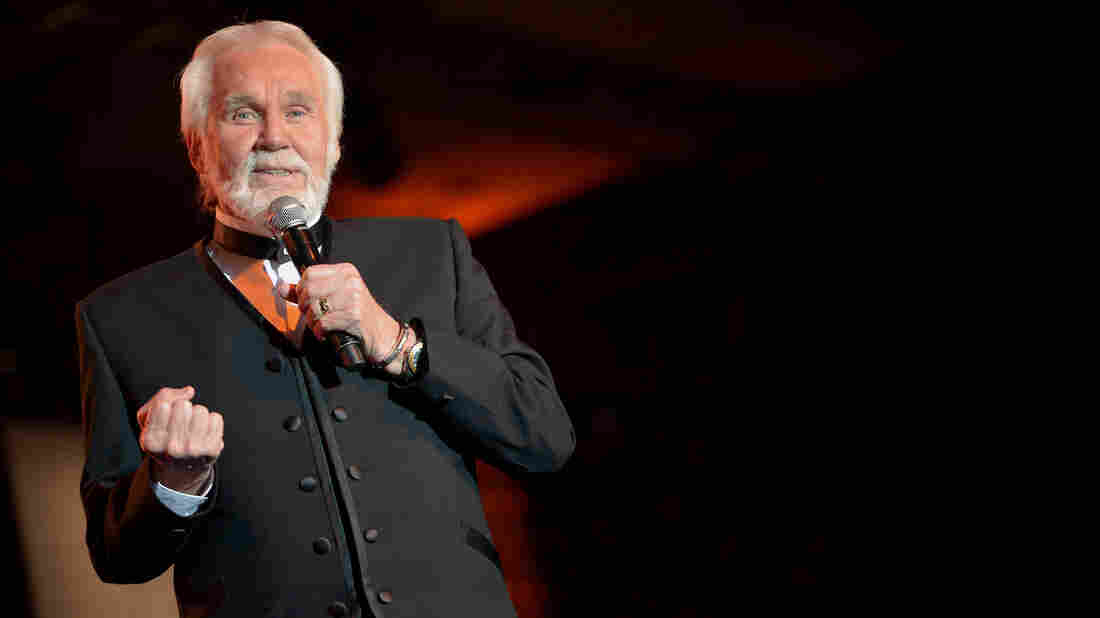 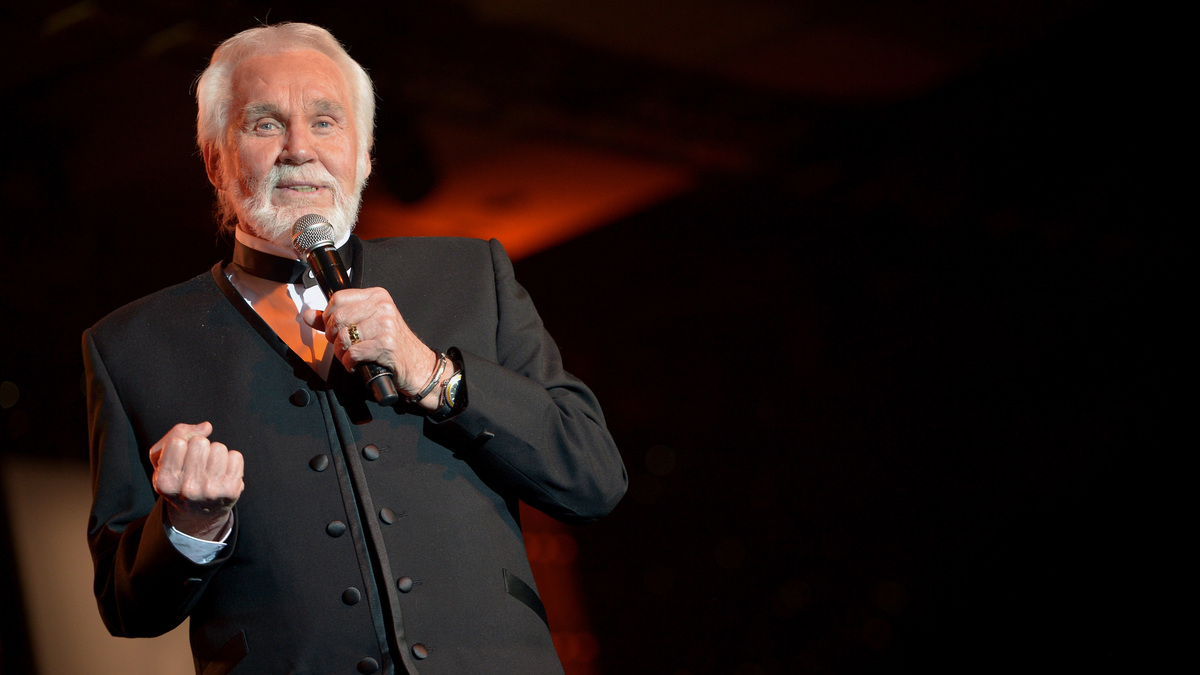 Country music icon Kenny Rogers, whose hits included "Lucille," "Lady" and "The Gambler," died late Friday at his home in Sandy Springs, Ga., his family said in a statement. He was 81.

The Houston-born country star had 20 No.-1 hits and three Grammys and performed for some 60 years before retiring from touring in 2017 at age 79, according to the Associated Press.

Rogers didn't write most of his hits and often said he didn't consider himself much of a songwriter. But he told NPR in 2012 that he had a knack for picking songs that could draw in the listener.

"I've always felt great songs put you in a spot, put you in a place — on a warm summer's evening, on a train bound for nowhere," he said. "You know where you are, and from there the rest of the song plays out."

"The Gambler" would become a worldwide hit in 1978 and turn into Rogers' calling card. He always joked, however, that he wasn't much of a gambler himself.

"I learned a long time ago, I can't win enough money to excite me, but I can lose enough to depress me," he said told NPR's Rachel Martin 2015. "So I don't gamble. But you're right, it's been a career-identifying song."

Rogers was inducted into the Country Music Hall of Fame, in 2013, but he always spanned genres. His career really started with jazz, playing upright bass with a trio in Houston, the city where he grew up in public housing and became the first in his family to graduate from high school. After a stint playing bass with the The New Christy Minstrels, he went on to co-found The First Edition.

Rogers would quickly become a solo artist, but he was always known for his collaborations — especially duets with Dolly Parton.

The story goes that Rogers was in his studio in Los Angeles for days trying to perfect the song "Islands in the Stream" by the Bee Gees. Someone suggested, "This needs Dolly Parton," and she happened to be in town. They both recalled it being a magical studio moment. "Islands" became a No.-1 hit in 1983. 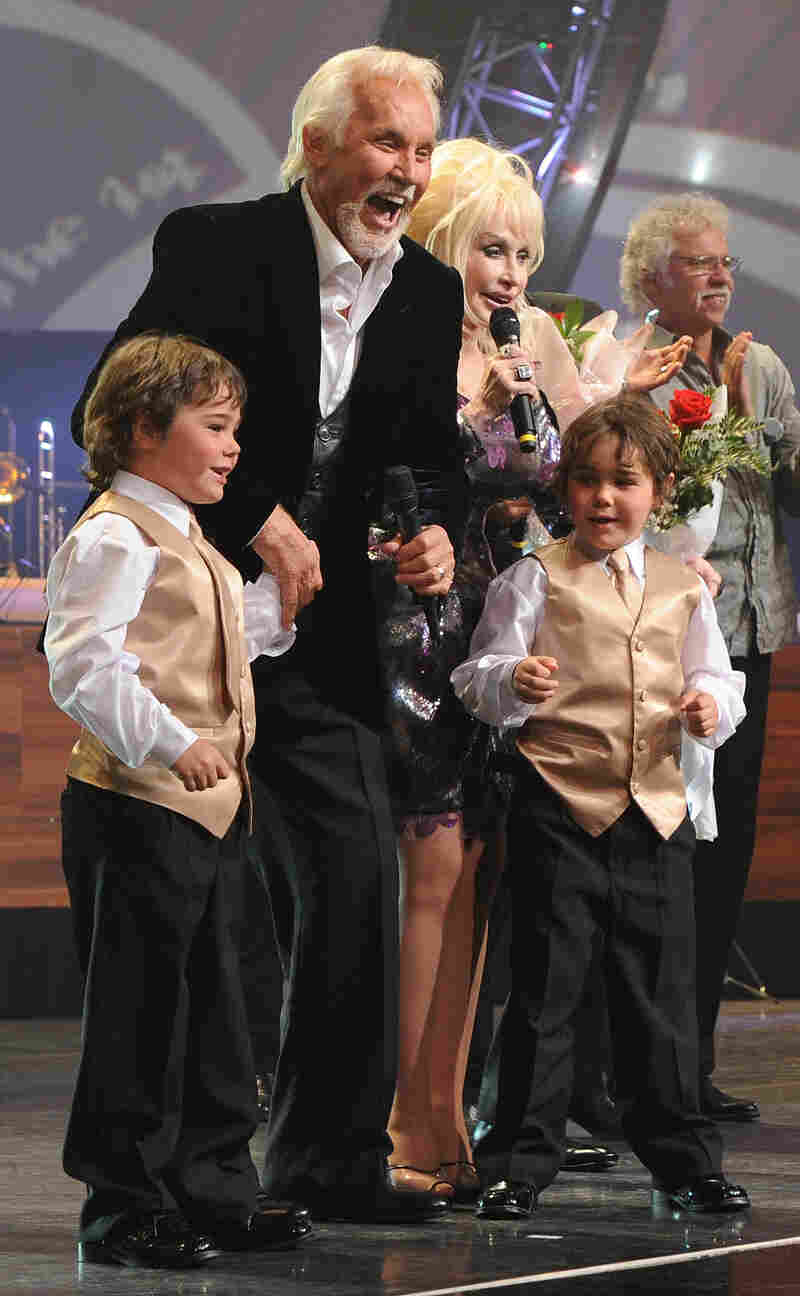 After that first chance encounter, Rogers and Parton performed together for decades. They were often accused of carrying on a love affair, but both said it was just a special bond. In 2017, Dan Rather asked Parton to explain.

"I love him to death," she told Rather. "He's like a brother to me, or like a twin soul. We just know each other. We can see each other across the room and know what each other is thinking about, whatever else is going on in the room."

Their musical chemistry was so central to both of their careers that Don Schlitz, who wrote "The Gambler," penned a song, "You Can't Make Old Friends," based on their three-decade relationship.

The song will now be a poignant tribute. But Parton once told Rogers she would never be able to sing at his funeral.

Rogers' family plans a private service "out of concern for the national COVID-19 emergency," the statement posted early Saturday read. The family plans to hold a public memorial at a later date.

'I'm In Defiance Of Time': Barry Gibb On Music, Family And Loss