Accessibility links
Food Delivery Drivers Stay Busy As COVID-19 Keeps People Home The service industry is taking a serious hit due to social distancing. But delivery drivers for Uber Eats say their business is on the rise. 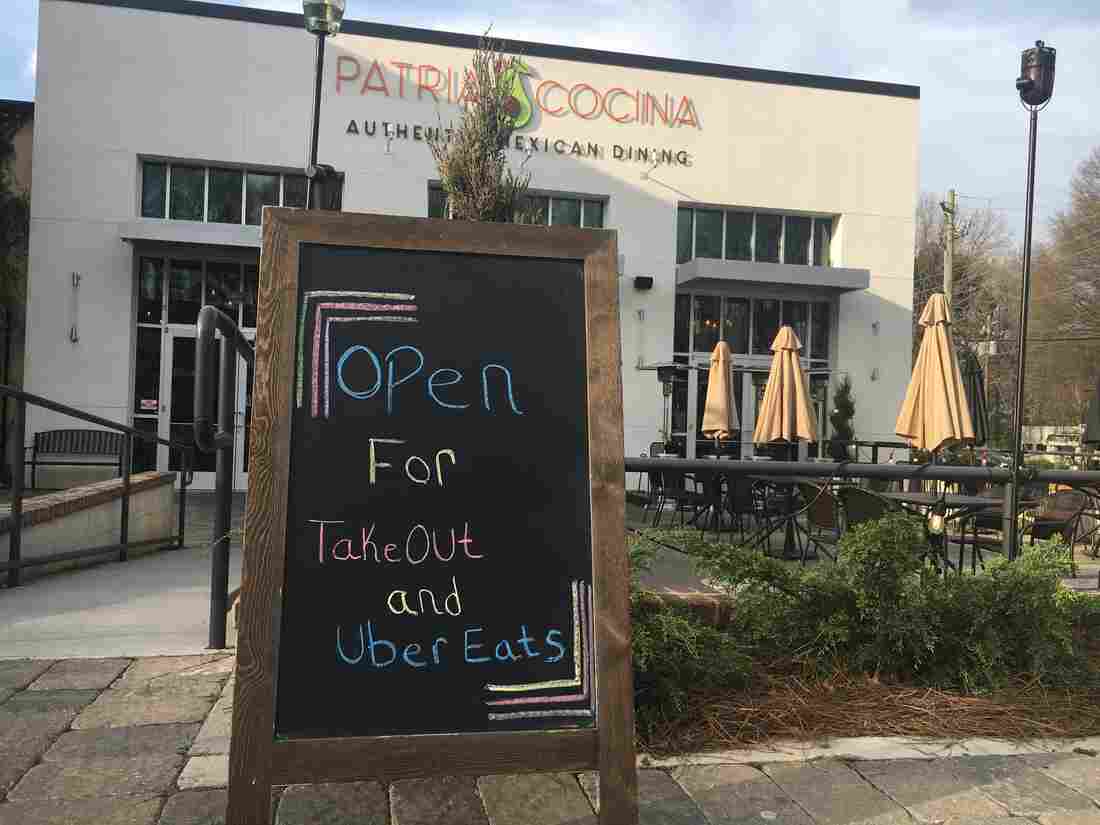 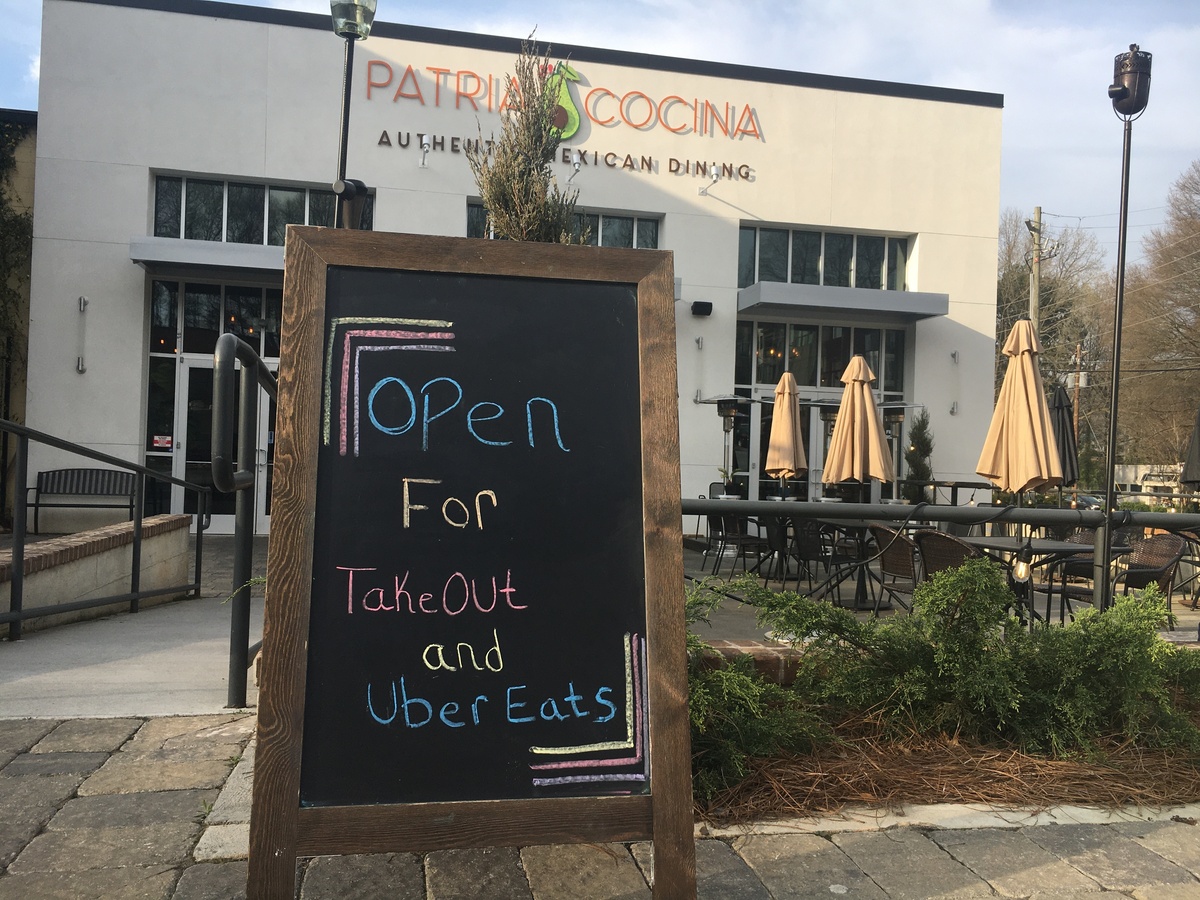 Restaurants like Patria Cocina closed down their indoor and outdoor seating, but delivery drivers from Uber Eats say they're busier than usual.

On a typical sunny spring afternoon, the outdoor seating of Atlanta's Krog Street Market would usually be packed. But it's not a typical week.

As more and more people practice social distancing and stay inside in the wake of the coronavirus pandemic, the tables at Krog are completely deserted.

Most restaurant booths have large signs indicating they're either closed or only serving food to-go. But there's still people coming in and out, carrying Postmates and GrubHub bags.

"In the last two hours, I've done about 15 deliveries, which is more than normal," says Raymond Neville, who's been driving for Uber Eats for about two years.

He says the number of orders coming in has significantly picked up in the last couple of days, which is why he'll keep working even if it might mean potentially exposing himself to the virus.

"I'm just washing my hands. I have hand sanitizer in the car," he says. "I'm taking my own precautions, but hey — it is what it is."

About half of all states have placed limitations on restaurants: No dining-in allowed — only take-out, delivery, and the occasional drive-thru. And the list just keeps growing.

The new rules are part of the nationwide effort to flatten the coronavirus curve. On March 17, President Trump spoke with executives from companies such as McDonald's, Domino's and Wendy's to encourage them to close their dining rooms and shift to a to-go model of business for the time being.

"[Business] has picked up," says Justin Willis, who also works for Uber Eats. "The money is definitely more than it normally is."

He says he's not too worried about potential exposure to the virus because he doesn't touch or talk to people when running orders, and he carries his own hand wipes around to disinfect any surfaces he comes in contact with. Uber Eats recently announced it would be providing drivers with sanitization products.

Other drivers coming in and out of restaurants wear gloves and wipe down door handles before touching them. Some people decline to be interviewed for this piece for sanitary reasons.

And some drivers worry that continuing to deliver food will ultimately put their health at risk. Online, campaigns like #PayUp — a movement on behalf of gig economy workers — are demanding that companies such as Instacart, DoorDash and Grubhub take more precautions to protect their drivers, many of whom can't afford to stop working because of the coronavirus.

So far, there's been some response.

Uber recently updated its sick policy to say it'll provide up to two weeks' financial assistance to drivers who are diagnosed with COVID-19 or placed in quarantine by public health authorities. Postmates says it's also offering to help with medical expenses for drivers who meet certain requirements.

And across apps, there seems to be a push for customers to choose the "contactless delivery" option that asks drivers to leave food outside doors and on front porches.

"I'm not that close to [people] when I hand off the food and go," says Stephanie Session as she heads inside Patria Cocina to pick up an order.

She started delivering for Uber Eats last year, but she says that since social distancing became encouraged, the volume of weekday orders is matching that of a busy weekend. And to her, more orders and better tips makes the work worth it.

It's unclear when restaurants will fully reopen. But workers like Session plan to keep delivering as long as orders keep coming in — and there may be more drivers soon.

DoorDash is rolling out a new "priority access" program for in-house restaurant employees who would like to start delivering during their unexpected time off.

Back at Krog Street Market, as he carefully loads food into his car, Willis summarizes the situation: "People still gotta eat."