Accessibility links
Lessons From 'Love Is Blind' For 'Socially Distanced' Dating As long as we can still pick up the phone during a pandemic, there's hope that dating from a distance can lead to love, says a now-married couple from the Netflix show 'Love Is Blind.' 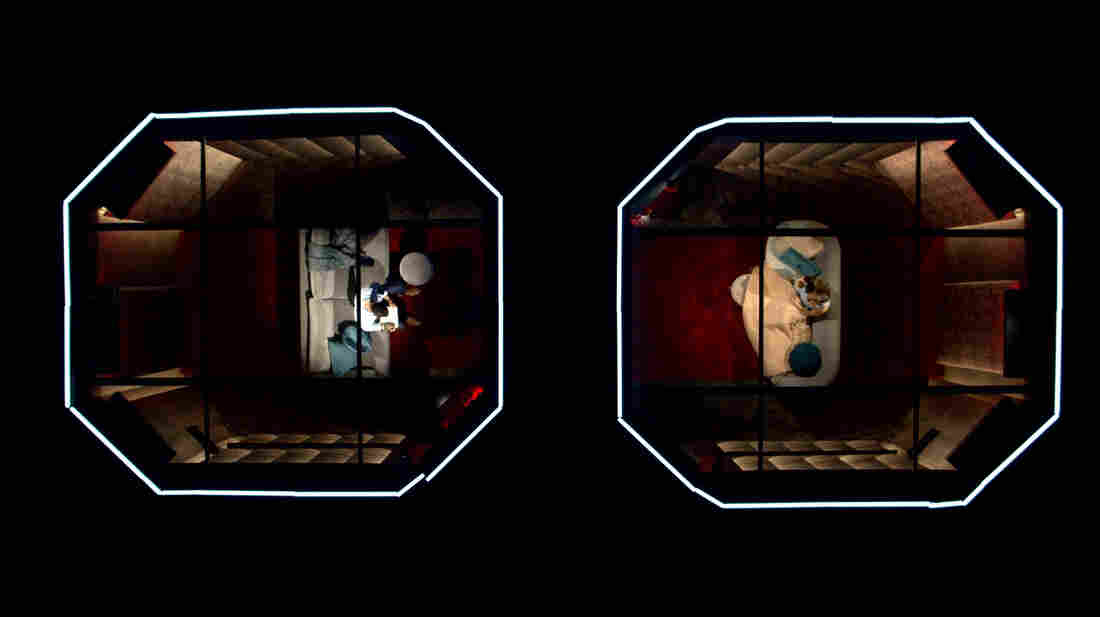 A reality dating show with an unconventional twist: In order to meet in person, Love Is Blind contestants must build a connection without every seeing each other. Instead, they talk through walled-off pods. Netflix hide caption 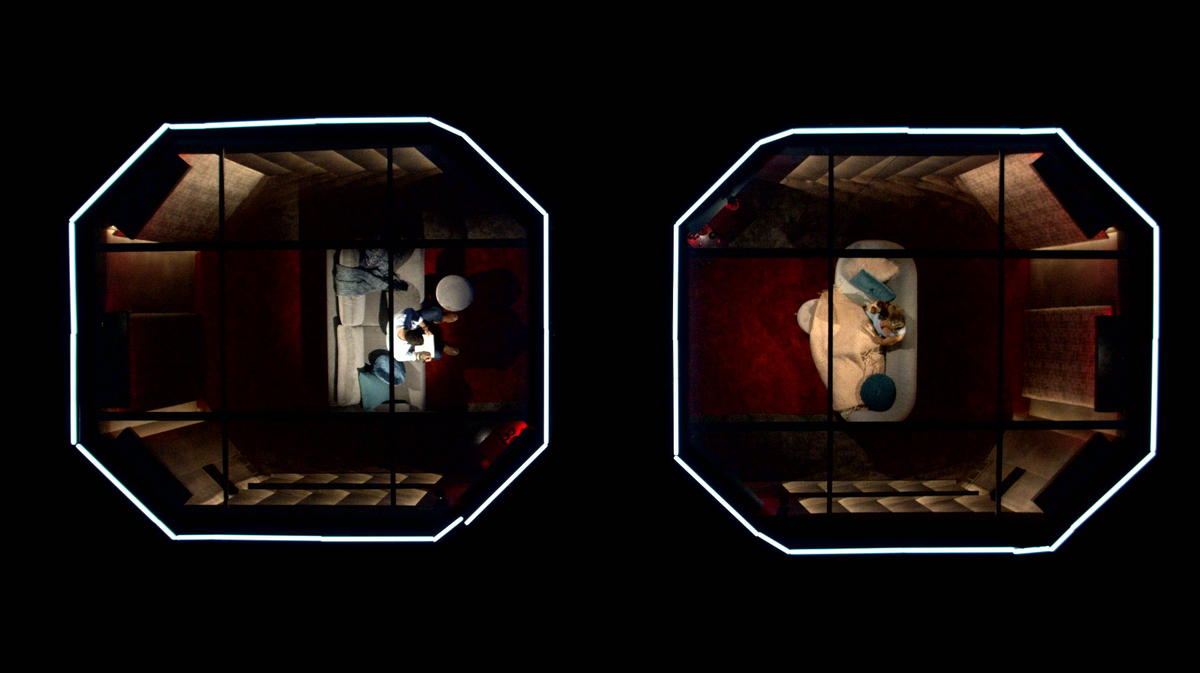 A reality dating show with an unconventional twist: In order to meet in person, Love Is Blind contestants must build a connection without every seeing each other. Instead, they talk through walled-off pods.

Note: Love Is Blind spoilers ahead!

You might say the Netflix series Love Is Blind invented "social distancing" before it was a thing.

Since the popular reality dating show dropped last month, viewers have tuned in to binge watch single contestants try to find a connection while separated by "pods," and talking to each other through an opaque glass wall. On the show, only the couples who commit to each other and get engaged are allowed to meet in person.

The show hit the streaming platform almost a month before the World Health Organization declared the coronavirus a pandemic; ever since, the public health practice of "social distancing" has worked its way into Americans' daily habits and vocabulary.

The show's premise: Is it possible to fall in love with someone without ever seeing them? 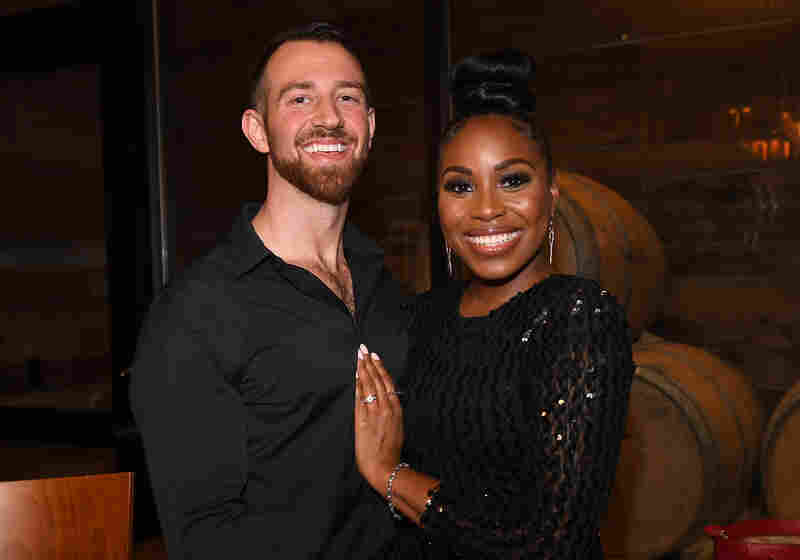 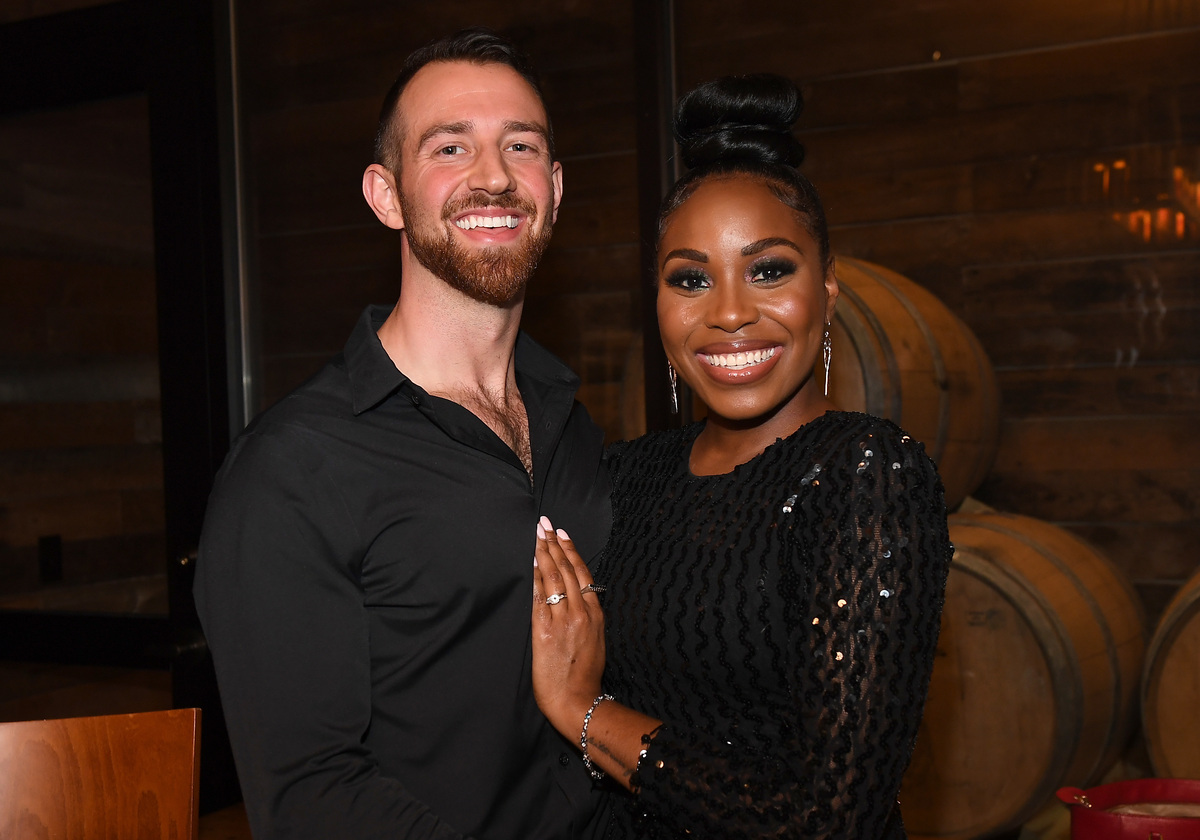 Cameron Hamilton and Lauren Speed attend a Love Is Blind screening in Atlanta.

The pair professed their love to each other and got engaged before ever meeting in person — one of a handful of couples to do so. On Day 3 in the pods, they exchanged "I love you's." On the fourth day, Hamilton proposed.

Now, a year and a half into a reportedly happy marriage, they're currently isolating together at their home in Atlanta during the global pandemic.

For the rest of us heeding public health guidance to stay at home to keep the virus at bay, dating from a distance doesn't seem feasible.

But that's how Speed and Hamilton began their relationship. And — as long as we can pick up the phone and have a conversation during a global pandemic — maybe they're on to something.

"I think that we built a foundation in the pods based on tackling some really challenging questions first," Hamilton tells NPR's Weekend All Things Considered. "And then when we moved outside of that, it was a matter of building our relationship in the everyday sense."

The Love Is Blind format upends modern dating and apps that enable the distractions and superficialities of physical appearances and age.

So naturally, the couple had to rely on their words.

"The power of communication is key here, and truly listening to what the other person has to say," Hamilton says.

The isolated environments gave the couple the opportunity to articulate their own needs so that they could establish a strong connection before they were eventually allowed to break out of their pods.

We Did It, You Guys, We Watched 'Love Is Blind'

Speed and Hamilton say they got to that point by communicating their personal priorities early on.

On the couple's second "blind date," for example, Speed asks: "What's the last thing that you cried about?" and "What's the most important attribute you want in a wife?"

"I really enjoyed that I had to just really put myself out there right up front," Speed tells NPR.

"I know it's probably gutsy enough to say on the first date, 'Hey, I wanna have three kids and are you down?' "

But if you're looking for long-term love, she encourages people to communicate their goals by the third date.

"If they're really not a fit for what you want in your life, then why pursue it just because they're attractive?" she says. "I say, don't settle, stick to your guns and really go after your 'fairytale.' Because honestly, I do feel that there's somebody out there for everybody."