Accessibility links
Comedian Marc Maron: We Need 'Groupthink Empathy' During COVID-19 Outbreak "We [have] to do the right thing to protect those who are vulnerable," Maron says. His new Netflix stand-up special, End Times Fun, was named before the coronavirus pandemic. 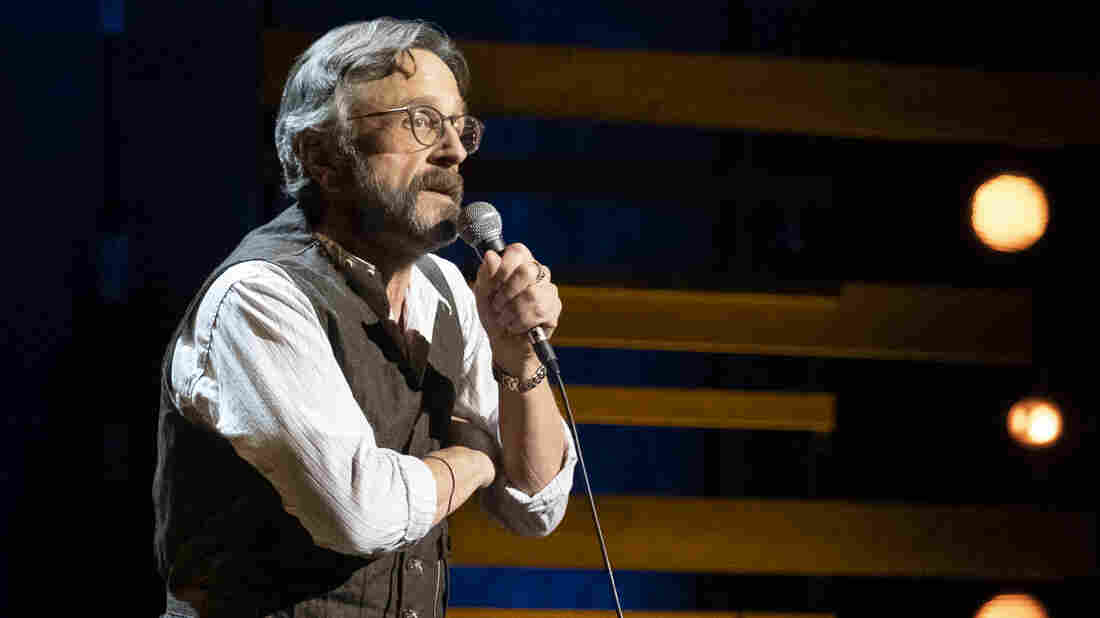 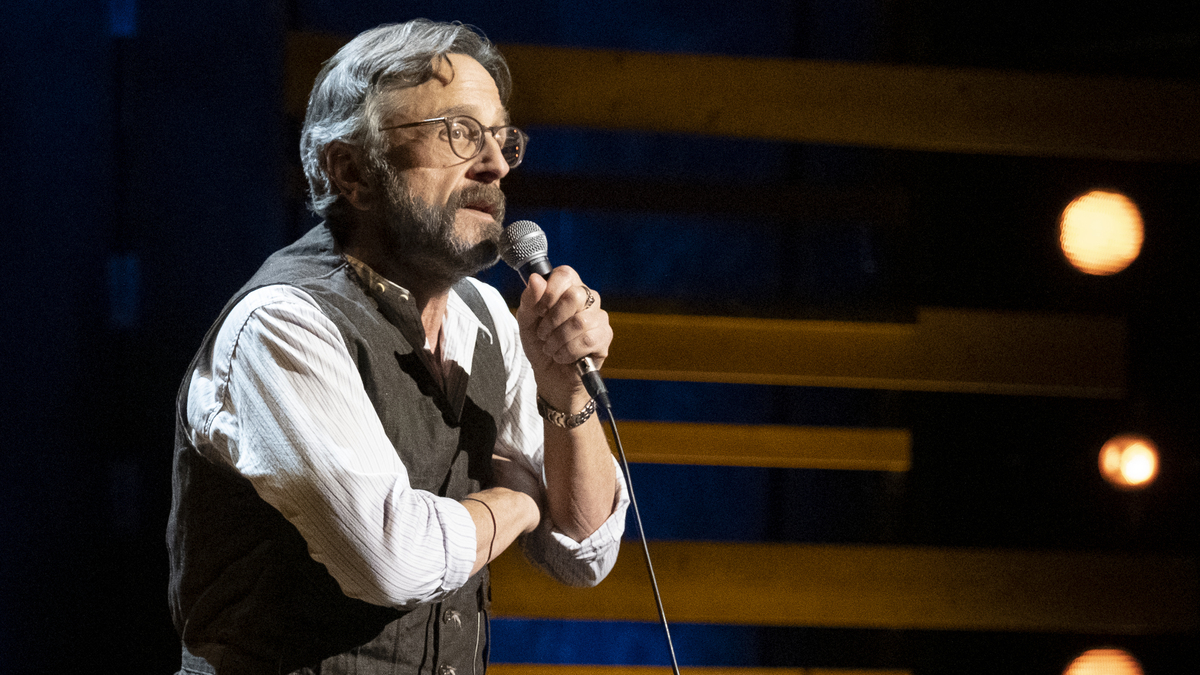 The Daily Beast listed Marc Maron's Netflix special End Times Fun as one of the 10 best stand-up specials to stream while under coronavirus quarantine.

Marc Maron wants you to know that he named his Netflix stand-up special, End Times Fun, before the onset of the COVID-19 pandemic.

"The title really was just a way to frame the work I've been doing over the last couple of years," Maron says. "I'm full of dread and a certain amount of anxiety ... certainly around the environment [and] the world of politics."

But now, in light of the global pandemic, the title of the special takes on new resonance. A self-described "recovering hypochondriac," Maron, who also co-stars in the Netflix series GLOW and hosts the podcast WTF, is trying to stay calm during the coronavirus crisis facing the world now.

Terry Gross To Marc Maron: 'Life Is Harder Than Radio'

"When [the panic] does hit me, it hits me pretty hard, but it doesn't hit me too often," he says. "We [have] to do the right thing to protect those who are vulnerable, to sort of get into a herd mentality, a kind of groupthink empathy."

On how he's feeling about the pandemic

For the most part ... I'm not freaking out about too much of anything. For some reason, [because I've had] extreme anxiety for most of my life and really a kind of natural propensity to dread, I was sort of ready for this on some level. The neuro pathways of this type of thinking that everyone's feeling [have] been well grooved over the years for me. ... And also doing nothing is something I spent the first decade or two of my career doing — just wandering around or sitting at home thinking and writing things down. That was the life of the comic.

On being a "recovering" hypochondriac

It's taken me eight years. It's really as simple as training your brain not to go to the worst-case scenario immediately, and draw that kind of attention to yourself or to put your brain through that. So most of the time, if I experience something symptomatic, my first thought is like, "Let's give it a few days." Not like, "Oh my God!" ... Given the nature of where we're at with the availability for testing on [COVID-19] ... you're going to have to give it a few days, because there's nothing else you can do. ...

There's something about freaking out about your health or about immediately thinking the worst thing and then putting that out into the world or living in that anxiety, there's definitely a selfishness to it. It is a self-centered activity. And you have to get hold of yourself and say, "Let's see what happens. Let me get a night's sleep. Let me wait."

On his tendency to hold anxiety in his chest

I was having a hard time breathing. But I have no other symptoms and I've had that all my life. I've been one of those people that when I've had panic attacks or when I have stress-related physical symptoms, it does sort of happen in my chest. Certainly the only way I can differentiate is that I have no other symptoms of anything. ... I'm a big breath-holder. I've been told by many people all my life to take a breath, because I'll sit and hold my breath a lot. My chest is the stress place for me — it's not my back, it's not my neck. I don't get headaches. It's definitely the chest, the breathing thing.

On trying to believe that things will be OK

I've relaxed into something. I don't know if it's my sense of my own mortality or whatever.

I've relaxed into something. I don't know if it's my sense of my own mortality or whatever. And I don't have children. So I'm not presented with this [fear of], are things gonna be OK for them? ... I know ultimately things will be OK with me. I've done a lot of the things I want to do in my life. And I think that I tried to spread it out — or my brain wants to spread it out among everybody — that things are going to be OK. But clearly, we don't know that. But for some reason, my brain is doing that still, and I'm not going to poke at it too hard. I know what the other thing is. I know what the opposite of that is.

On how he handles being alone

Marc Maron On Sobriety And Managing His 'Uncomfortable' Comfort Zone

I lose track of time and days. The job I've chosen is a fairly solitary job, being a stand-up [comic]. And there have been certainly long periods of my life where I've been solo and doing that. I tend to nap more when I'm alone, but I'm OK alone. There have been times in my life where I thought, "This is really the best of all possible worlds, is just to be alone and just see some people occasionally." But I guess as I get older, I'm learning that there's some merit to sort of opening yourself up to being in some sort of relationship. I think that gives life a bit more meaning and comfort.

On producing his podcast, WTF, from his garage

The thing about working at home, it used to be a real separation for me, 'cause you still get into the same mindset. In my old house, I would walk out back to the garage and it was time to work. And it's the same in my new place, I walk out to the garage and I've got my little cocoon there. I got sound panels up. I got my gear. I lock in to do the work. But there is something about being grounded amongst your own things and your own animals and the people in your life, whether they're in the other room or in the house, I feel like you can feel it all coming through you and into the mic. And it adds something that, I think, is grounding and great.

Heidi Saman and Thea Chaloner produced and edited this interview for broadcast. Bridget Bentz, Molly Seavy-Nesper and Meghan Sullivan adapted it for the Web.