Accessibility links
Lessons From the 1918 Flu A virus is more than a biological organism. It's a social organism. It detects fissures in societies and fault lines between communities. Historian Nancy Bristow shares the lessons about human behavior that we can take away from a century-old pandemic. 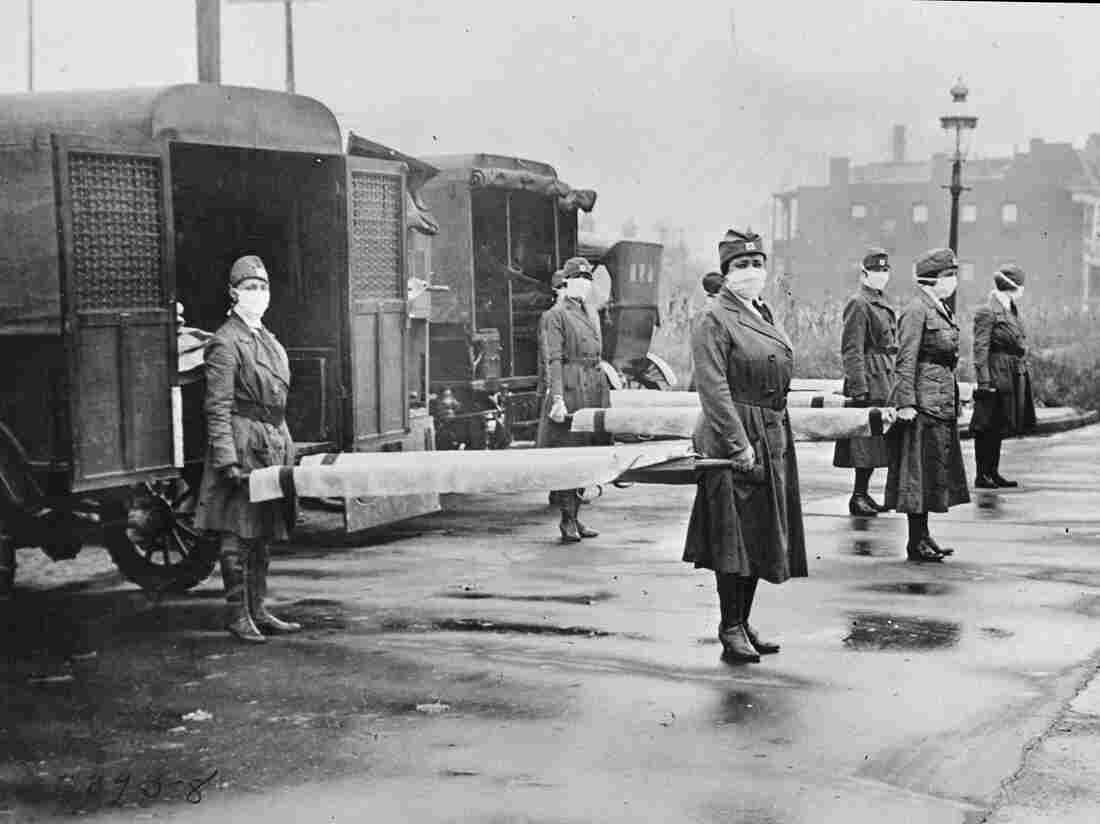 In 1918, the St. Louis Red Cross Motor Corps personnel wear masks as they hold stretchers next to ambulances in preparation for victims of the influenza epidemic. Library of Congress/AP hide caption 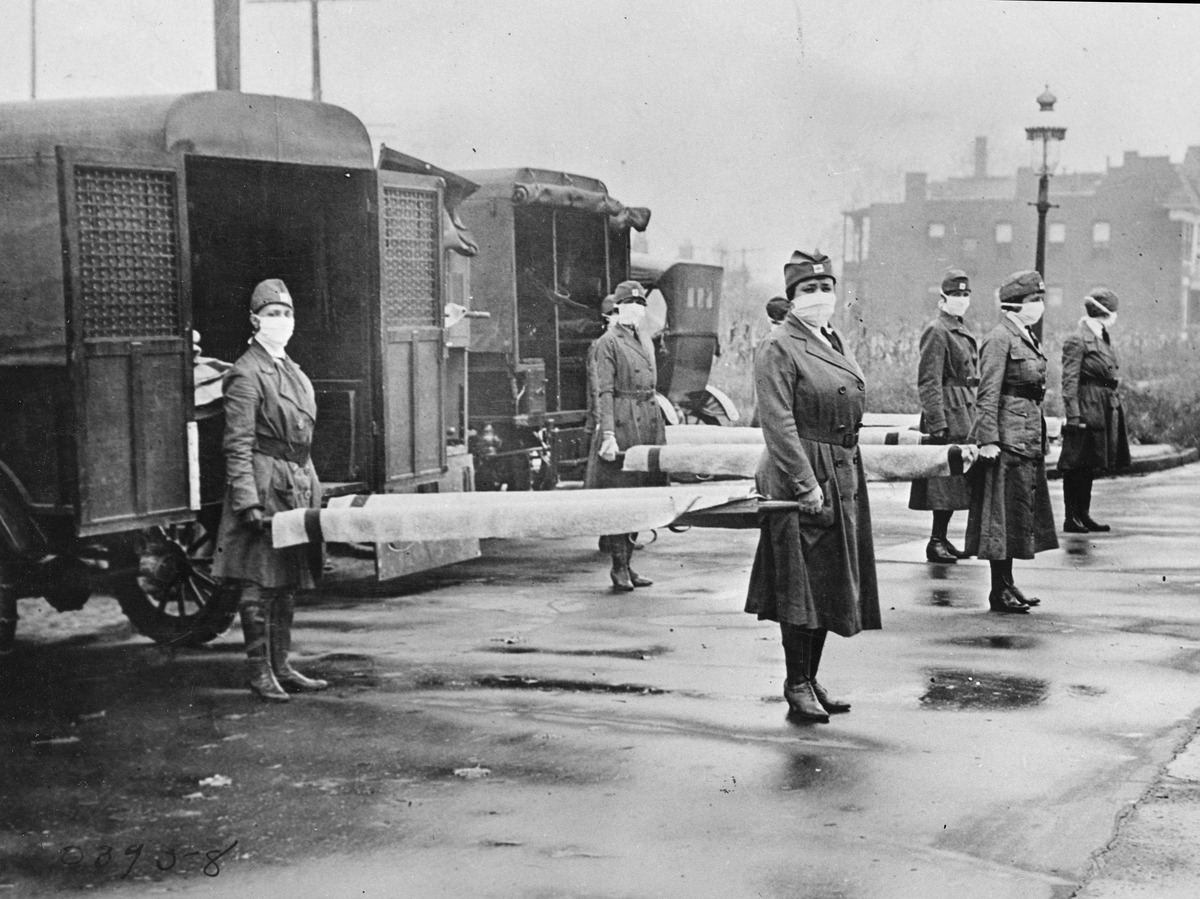 In 1918, the St. Louis Red Cross Motor Corps personnel wear masks as they hold stretchers next to ambulances in preparation for victims of the influenza epidemic.

It's easy to stare out your window at the nearly empty streets, at the people wearing masks and leaving a six-foot berth for passersby, and to believe that this is a moment unlike any other. To assume that the fear, the haphazard responses to the pandemic, the radical adjustments people are making to their lives—that these are all unprecedented.

But like most extraordinary moments, this one has a long trail that leads to it. Just over a century ago, a new infectious disease overtook the globe. Its history has long been buried, subsumed beneath the story of World War I. Historian Nancy Bristow believes it's no mistake that Americans have focused on their victory in the war rather than on the devastation of the 1918 flu pandemic.

"To remember the flu would be to admit to the lack of control that people had had over their own health. It would be to admit that the United States was not necessarily all powerful, but was like everywhere else in the world: subject as victims to something beyond their control," she says.

When we exhume this history, instructive lessons for our own time emerge. As is happening now, Americans had trouble hewing to the new constraints on their social behavior.

"It was hard for people because on the one hand it's inconvenient. And on the other, they were asking for new habits—things that they had always been allowed to do before, and suddenly you're not allowed, for instance, to spit on the street or to share a drinking cup. That you had to cover your cough and sneeze in your elbow. These were new things people were being asked to do in 1918," Nancy says.

This week on Hidden Brain, Nancy guides us through the history of the epidemic, from the policies American cities imposed on their citizens, to the blues musicians who crooned, "Influenza is the kind of disease/Makes you weak down to your knees." Bridging 1918 and 2020, we uncover the human dimensions of a pandemic.

American Pandemic: The Lost Worlds Of The 1918 Influenza Epidemic by Nancy Bristow, 2017

"The 1919 Influenza Blues" by Essie Jenkins